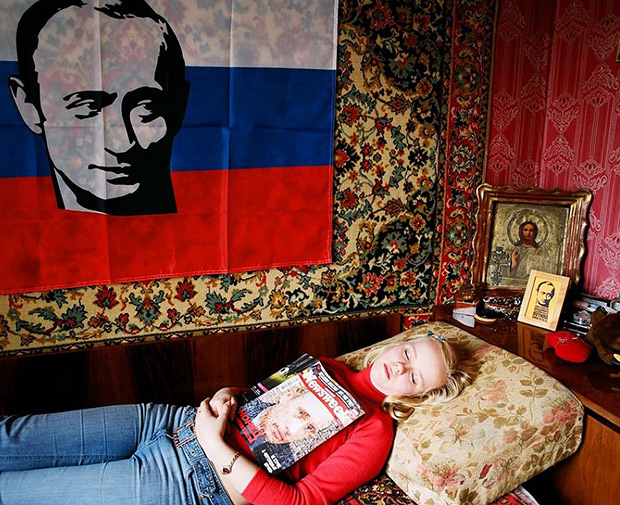 Tanya Arkhipova: “I like how Putin treats his children and wife, I think he’s a great husband. He made people respect Russia.” 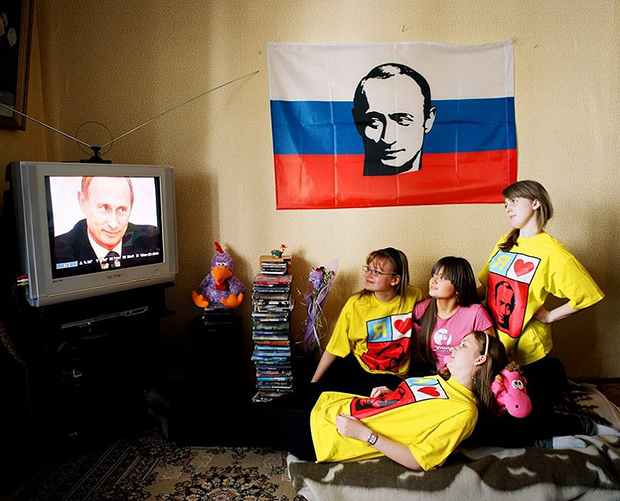 In 2007, Russian President Vladimir Putin was named TIME magazine’s Person of the Year. As then Managing Editor Richard Stengel sat down to pen the now-famous article and photographer Platon shot the austere, unsmiling cover portrait, another photographer, Hungarian-born Bela Doka, was documenting the Russian youngsters who were most touched by the quickly spreading global phenomenon surrounding their president. That same year, Doka unearthed a community of adolescents and young adults known as the Putin Fan Club, a group of more than a thousand individuals who venerated the Russian president to the point where he beat out pop stars and even religious figures for a place in their innermost hearts.

The photographer stumbled across the fan club almost by chance while on assignment for the magazine Bolshoy Gorod; while he set out to report on a then politically active pro-Putin youth movement, he changed course the instant he was introduced to the head of the Putin Fan Club. Based in Moscow, the organization was composed of teenagers and early twenty-somethings spread throughout the city’s suburbs. Its members, he explains, hung out mostly online, chatting away about their shared love of Putin.

While participants in Fan Club Putin were in some ways politically motivated, and although they did attend pro-Putin events, their bond to the country’s leader ran deeper than national allegiance; they revered him as a human being. The young women in particular harbored a kind of infatuation with him, naming him as a paragon of masculinity. For them, he was Russia’s liberator and their personal guardian angel, his face mounted on bedroom walls and printed on specially made clothing.

If Doka harbored any of his own political feelings about Putin, he left them at the door. These kids trusted him to tell their story without bias, and that’s what he did. Ultimately, the project isn’t about making a statement but simply about his subjects and this time in their lives, when they are beginning to discover both who they are and the things for which they stand. Eight years later, Putin Fan Club has become a viral sensation, and the photographer is overwhelmed by media attention. He gives the impression that he’s moved on, and he assumes his subjects have as well. The fan club, he suggests, was probably just a stage in these people’s lives, a meaningful but impermanent stop on the road to adulthood.

Putin Fan Club will be exhibited on May 21st-24th as part of Photo London. More recently, Doka has been working on his series Studio Panindigan, a set of intimate portraits captured in a makeshift studio in a tiny fishing village on the shores of the Philippines. The series will be exhibited at Art15 on May 21-23 and at Faur Zsofi Gallery. 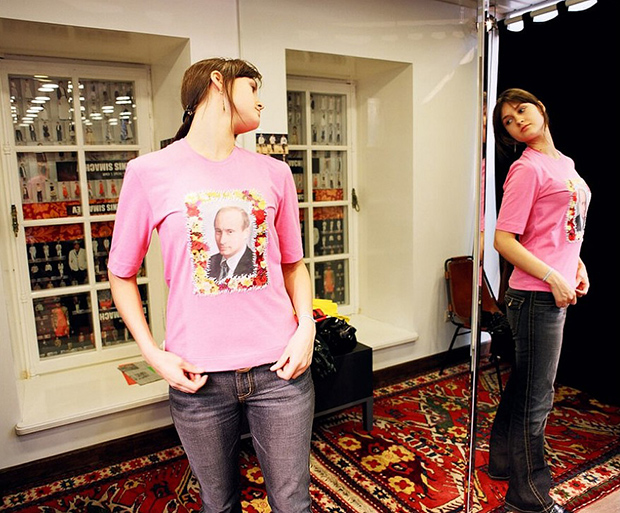 Yulia Nikolaeva: “My boyfriend Kirill brought me to the club. I like VV and it’s interesting to watch his actions. I can only say the best about him. He’s done so much for the country.” 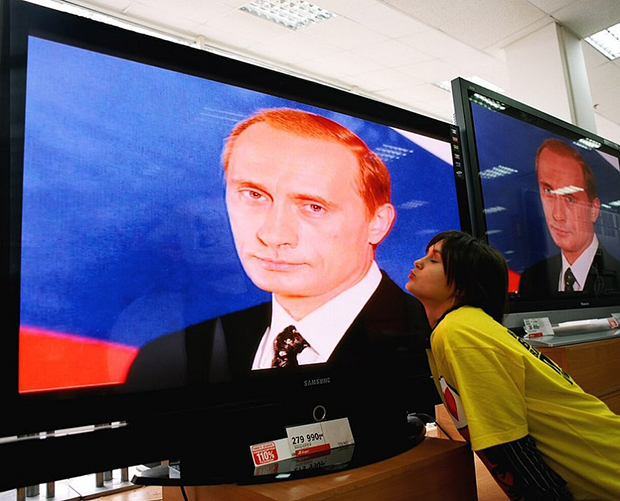 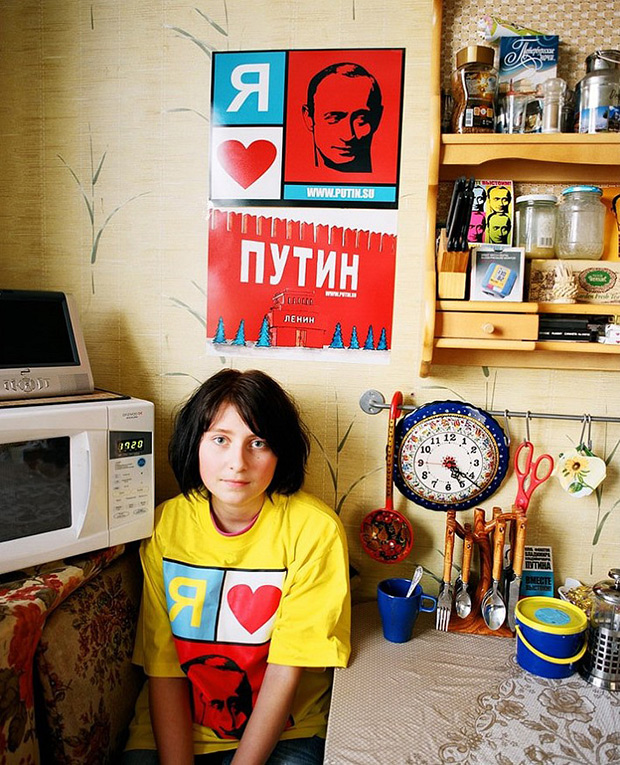 Lena: “I like it that Putin completes everything he starts. He is a very multifaceted person, for example he does judo, goes fishing and skiing. I think he is a good role model for young people.” 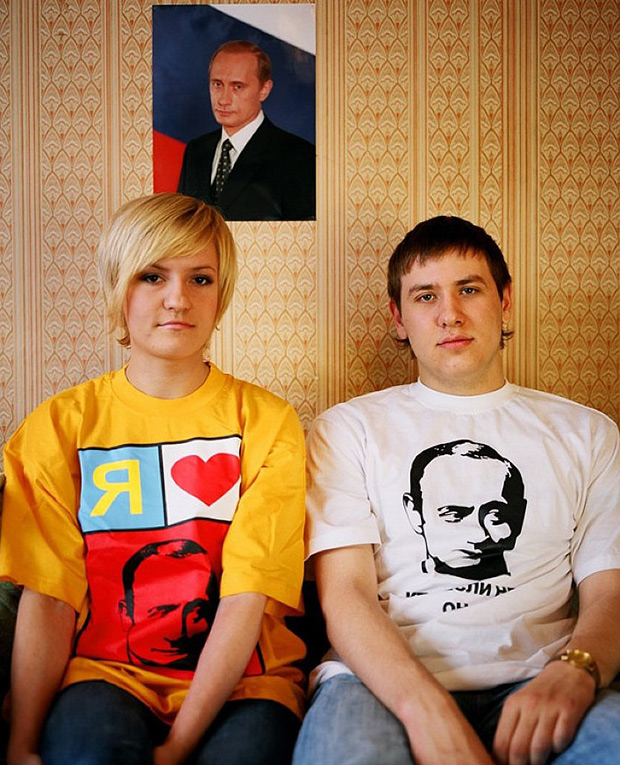 Tanya: “If Putin hadn’t changed Russian politics, we’d still be cheap labor force. He said that Russia is the country to be taken into account and it can’t be a door mat.” Lyosha: “I do judo and I’d love him to be my trainer. I started doing judo when Putin came to power.” 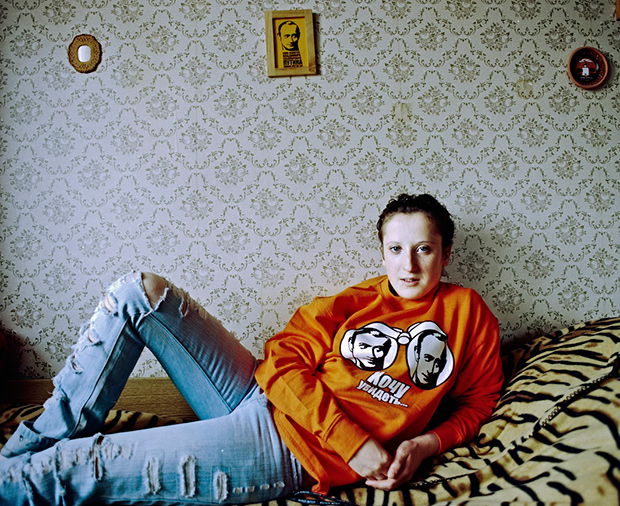 Yulya Pipilova: “I have five different T-shirts with Putin’s portrait, several kinds of postcards with VV on them. We design them and print them for everyone.” 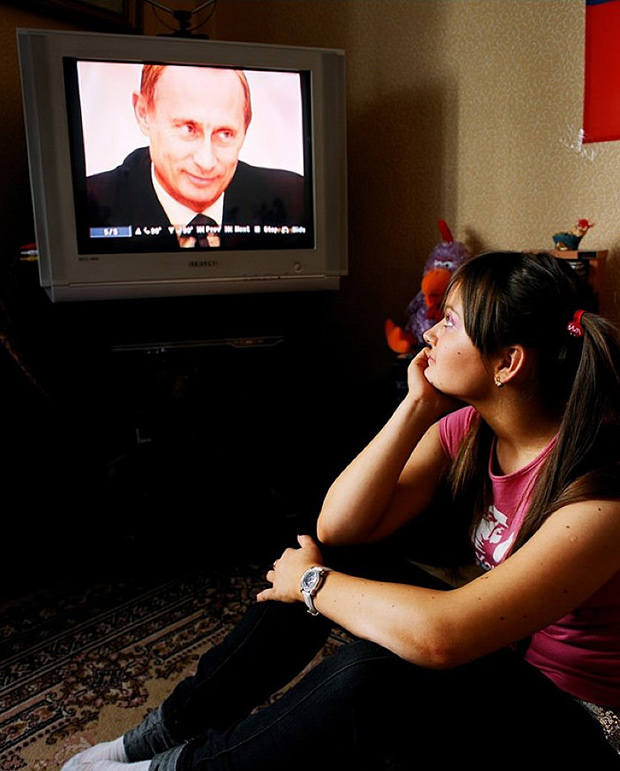 Vika Matorina: “Putin is the only one. He is the ideal! It had been the tsar before and now it’s Putin, he is like God to me. I perceive him as daddy. He is a perfect man—politician, sportsman, family man! I want my husband to be like him!” 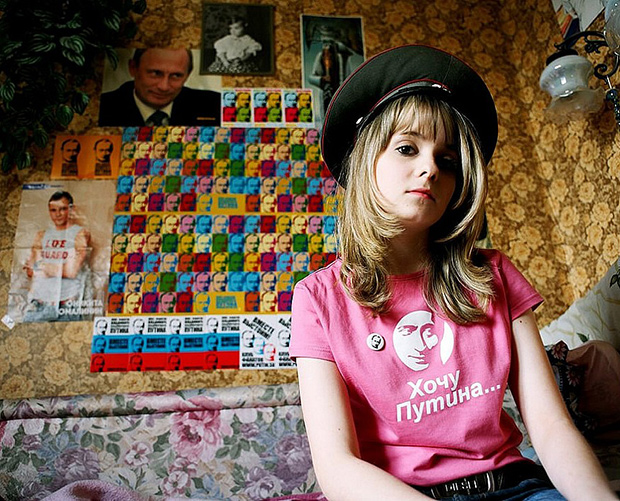 Yulia Minazhetdinova: “My parents are against my hobby. They say I don’t understand politics, but I don’t think so. Putin is my hero. He inspires me, adds sense to my actions. I want to aspire to him.” 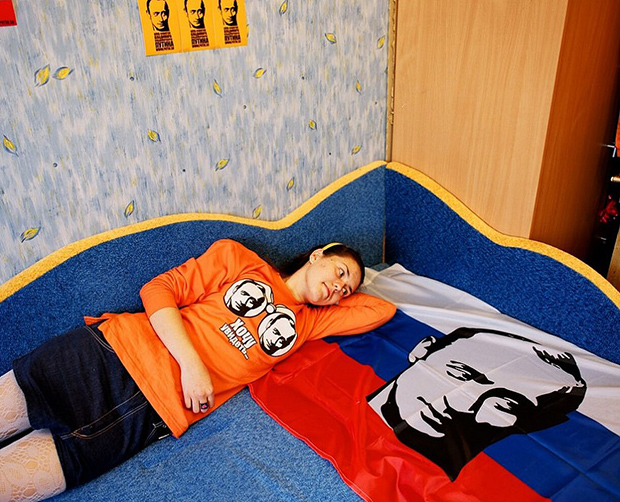 Alina: “I have a poster with his portrait hanging near my bed. I also own a few T-shirts with Putin’s portrait, as well as postcards and stickers. I consider myself a patriot.”