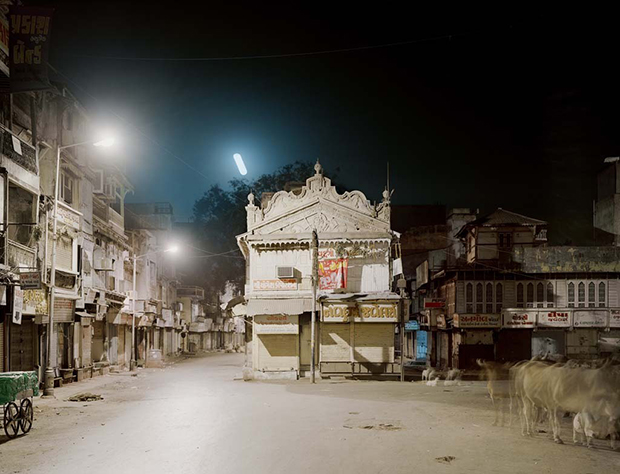 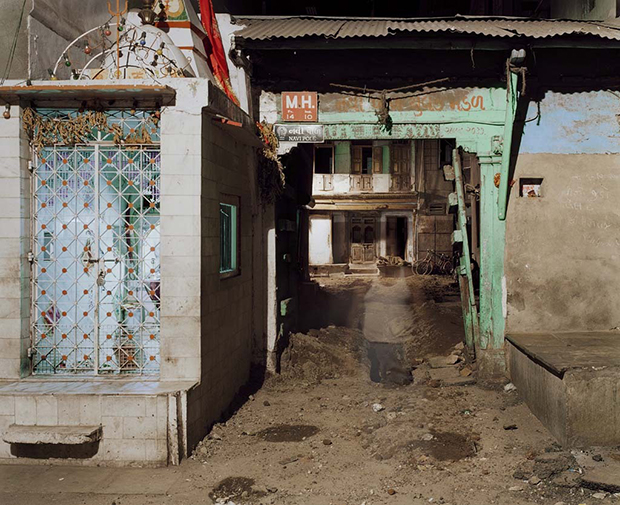 For Ahmedabad No life last night, French photographer Frederic Delangle captures the shadowed corners of the Indian metropolis at witching hour, long after all the busy residents have been tucked away in bed.

While in Ahmedabad, the photographer struggled to make images in daylight, when the rush of cars, crowds, and smog obscured any photograph-worthy moments from view. Only at night, when the city had fallen asleep, was he able to meditate on his surroundings. In those darkened hours, the forward momentum of the city slowed, allowing each structure to emerge as a relic from a forgotten urban history. In the dead of the night, he says, Ahmedabad was like a abandoned theatrical set, waiting to be played upon.

Shooting at night, of course, came with a new set of challenges for Delangle. In nearly total darkness, the dim street lamps flickered, requiring five to ten minute exposure times to make a discernible image. At times, stray dogs and meandering cows leapt before his lens, interrupting his frame with their nighttime wanderings.

Even at midnight, the temperature would run as high as 105 degrees fahrenheit, requiring that the photographer slow down physically as well as mentally. Before his eyes, he witnessed as the bustling heart of the city became lethargic and meditative, unfolding as an ancient set of ruins newly discovered. 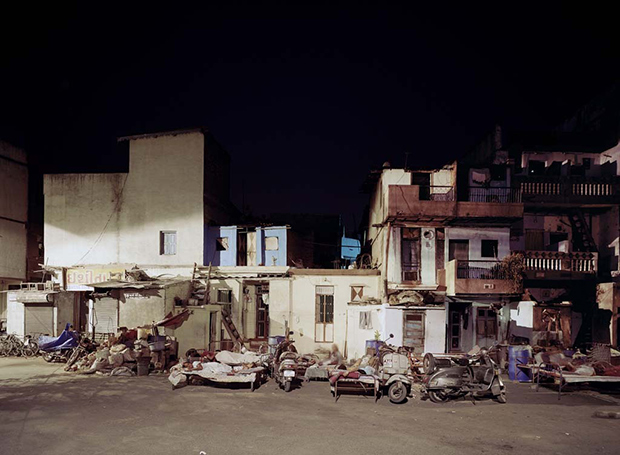 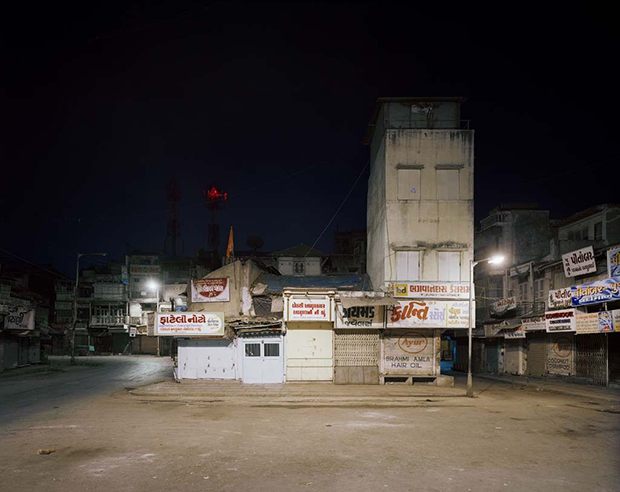 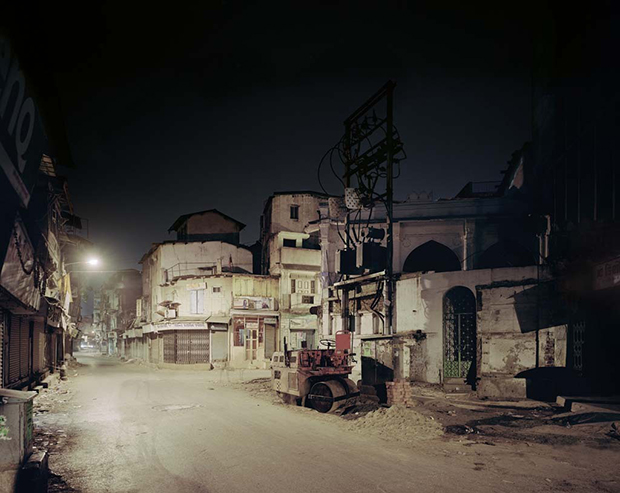 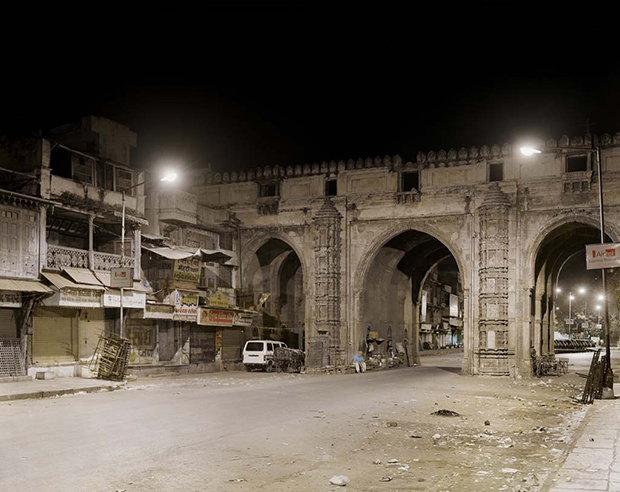 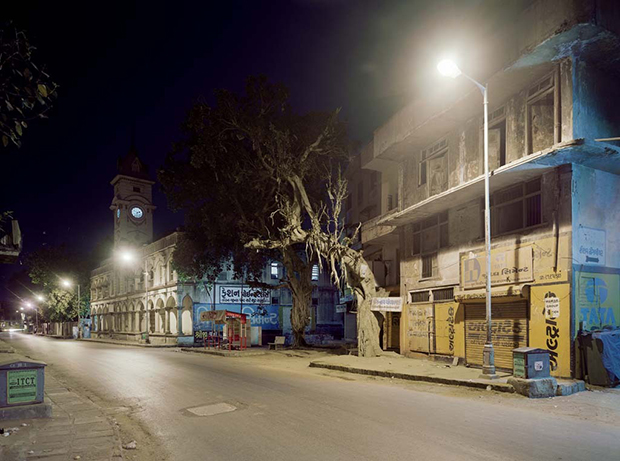 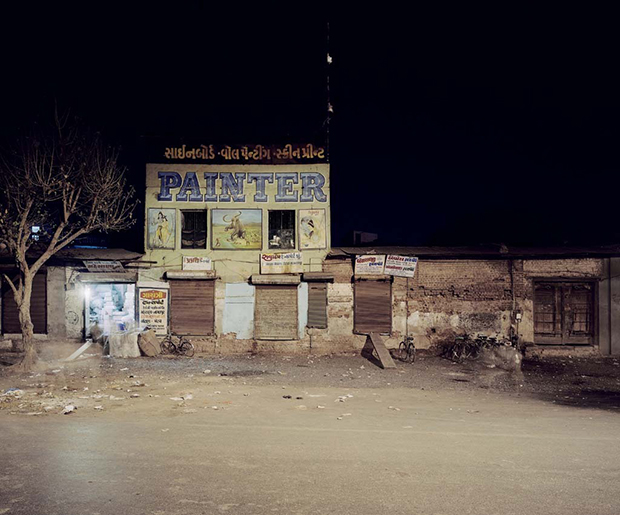 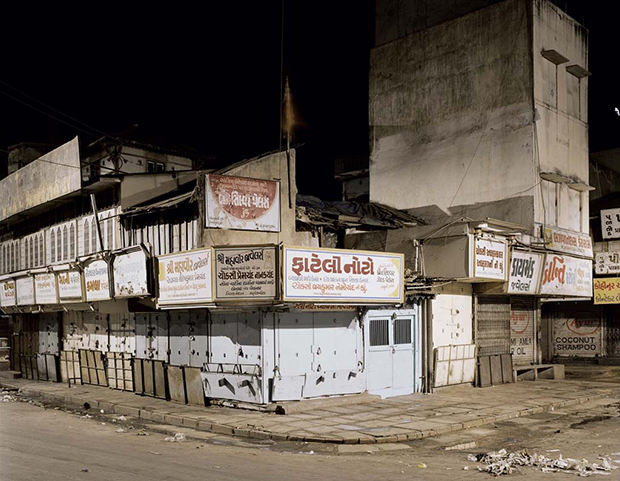 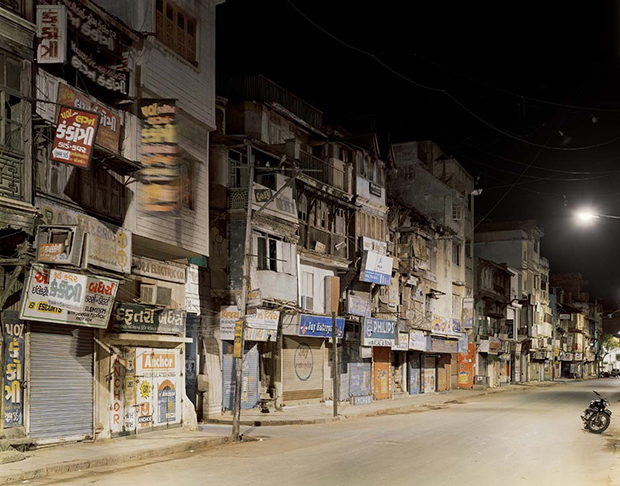 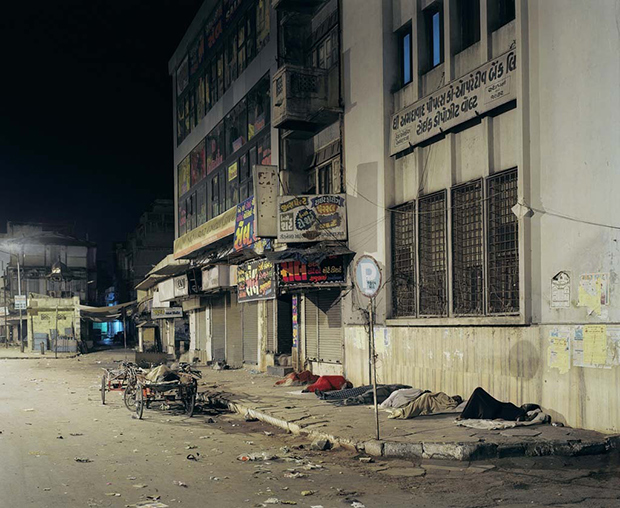