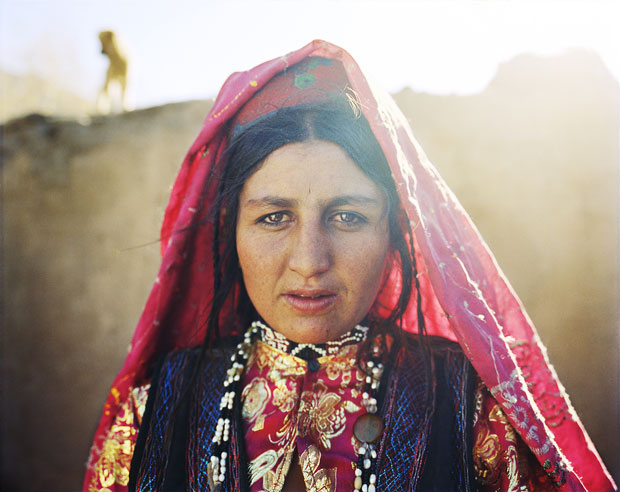 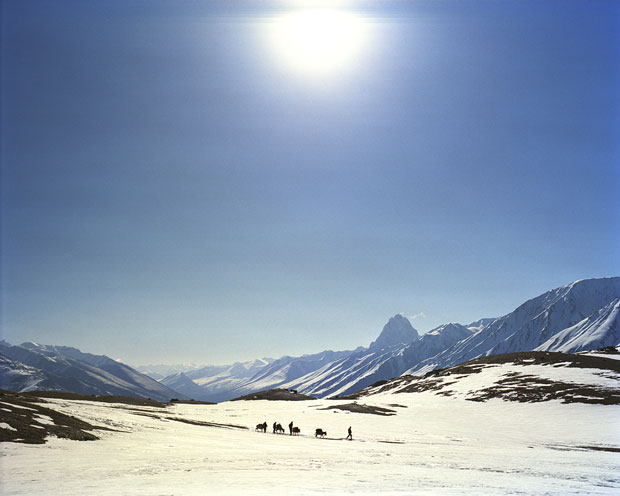 Daliz Pass, Wakhan. This image was shot toward the end of a 15 day walk. We had started to walk that day at 5:00am to reach the Pass and get to hard frozen snow, which was safest for our expedition. We were at an altitude of 14,400 feet, and the view of the rest of the Hindu Kush at that altitude was mesmerizing.

After years of longing to explore the road less traveled, French photographer Frédéric Lagrange was finally able to visit the barren and beautiful terrain of eastern Afghanistan for his series Passage to Wakhan. A successful commercial and editorial photographer, Lagrange’s first journey was preempted by the attacks on the World Trade Center in 2001. However the mystery of that rarely explored region never left him and nearly ten years later, Lagrange was able to make the trip.

Over a five-week period and with minimal photo equipment, Lagrange sojourned through highly volatile and dangerous territory to reach his goal. Crossing the Panji River on a military-fortified metal bridge, he arrived alone in the Wakhan Corridor. Used for centuries as a crossroads of trade and commerce to the rest of Asia, Lagrange traveled in the steps of ancient pilgrims and silk road traders. Here in this wilderness the photographer and his translator were welcomed by the local Wakhi. Despite decades of invasions and the recent upheaval in the Middle East, the people accepted him with open arms, generously sharing both their homes and their lives. Both alluring and treacherous, harsh weather conditions and rugged terrain make each day in the Wakhan Corrider a struggle for survival. Far removed from the majority of the unrest in Afghanistan and secluded from the world beyond, Lagrange was at last able to document the pristine landscape and people that time seemingly forgot. 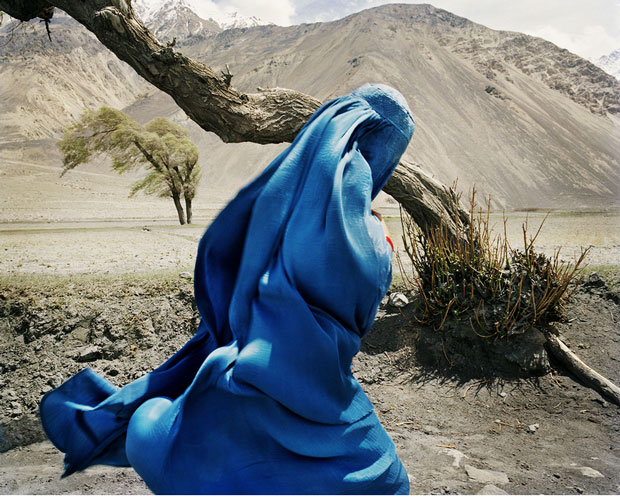 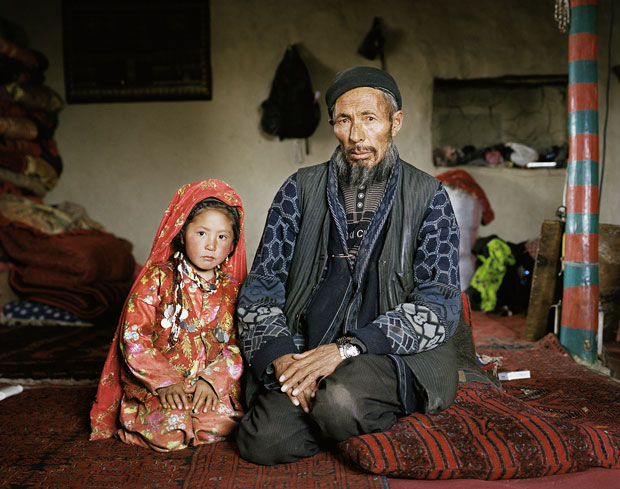 Chalab, Lake Chqmaqtin, Little Pamir. Kyrgyz father and his daughter in their home. 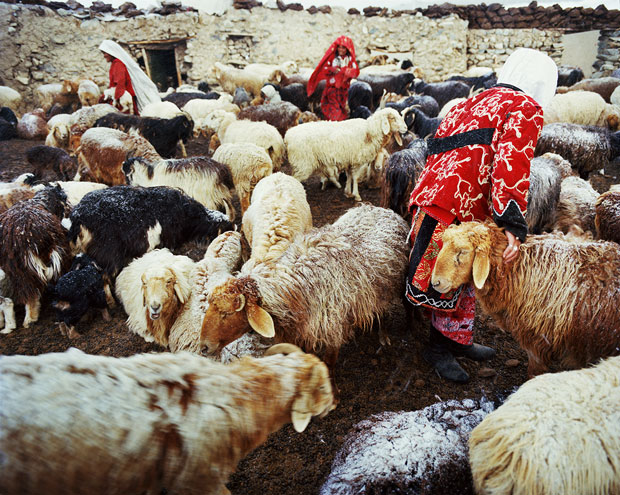 Chalab, Lake Chaqmaqtin, Little Pamir. Everyday sheep are led by herders to different sides of the mountain to find the best pasture. Lambs stay at the camp. At the end of the each day, much like a ritual, women reunite the lambs with their mother. 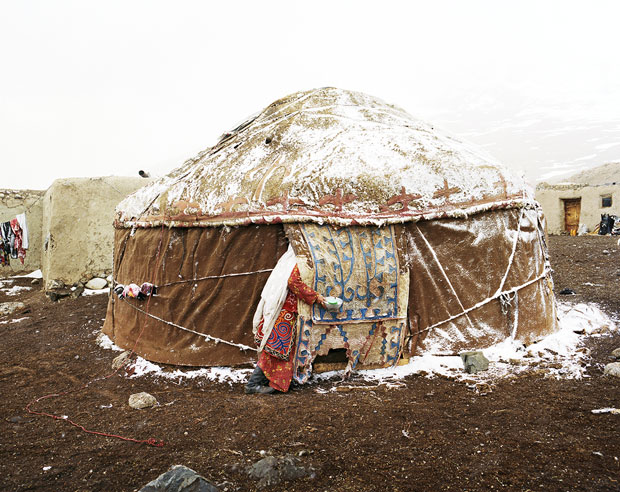 Chalab, Lake Chaqmaqtin, Little Pamir. Kyrgyz yurt in the winter settlement around Lake Chaqmaqtin. There are so many similarities between the way nomads live in Central Asia; be it Kazakhstan, Kyrgystan or Mongolia. They all live in yurts which are made mainly of a light wooden structure and felt. Yurts are ideal to move according to the seasons and can be broken down and rebuilt within a few hours. 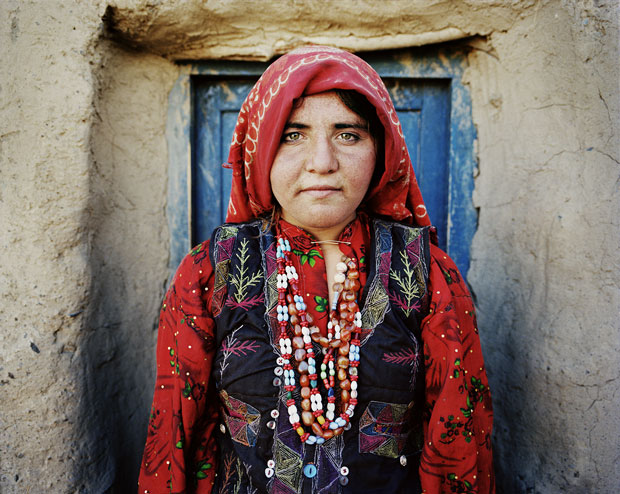 Tshehel-­ Kand, Wakhan. Wakhi woman in a traditional outfit in front of her home. 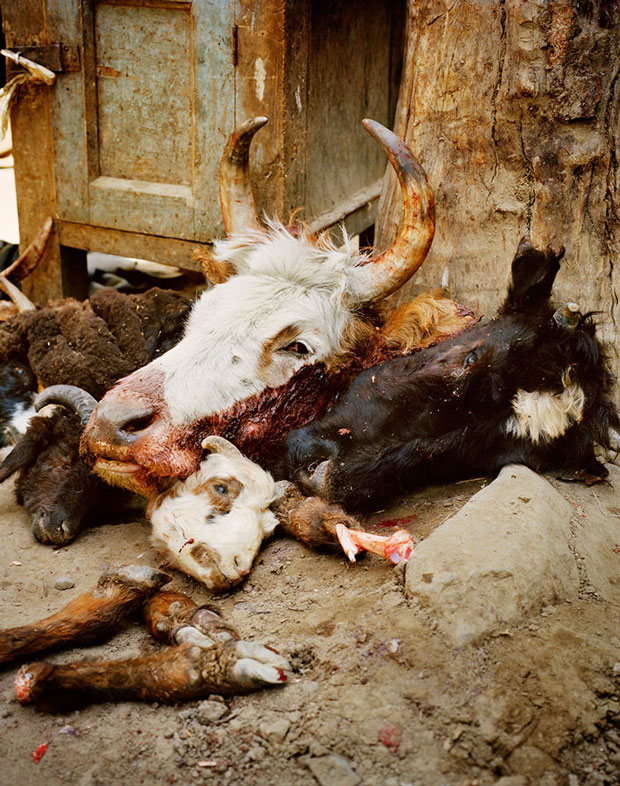 Butcher, Sultan-­Ishkashim. Everyday animals are brought to the butcher who slaughters them on the spot. This is what is left once he is done. 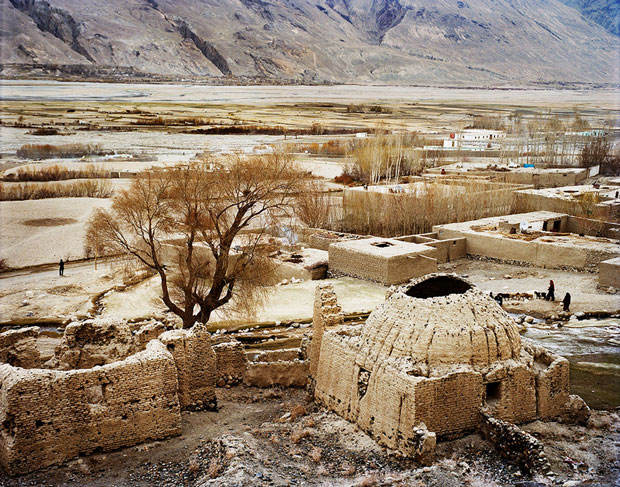 Khandud, Wakhan. A typical village like many others in Afghanistan with houses built with mud, wood and straw. It takes much resignation to live in this harsh environment. Life has hardly changed over the last centuries. 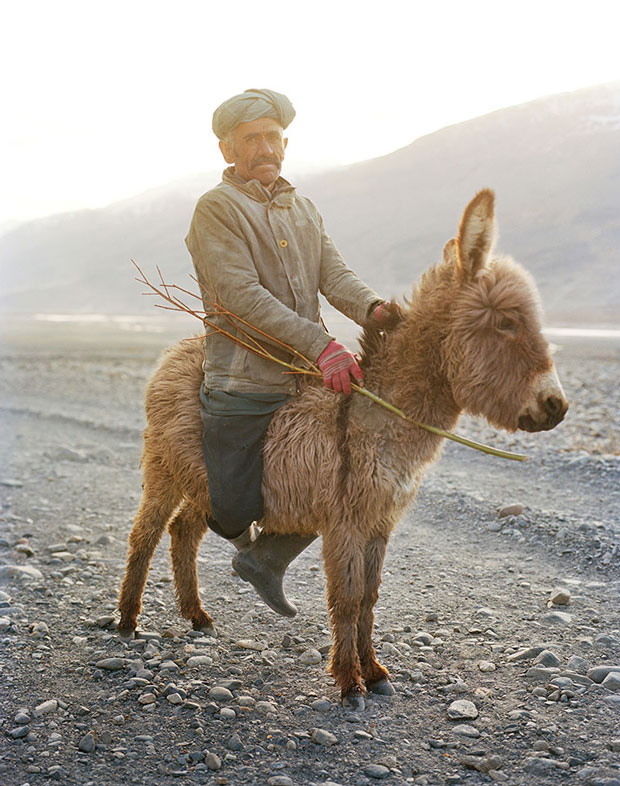 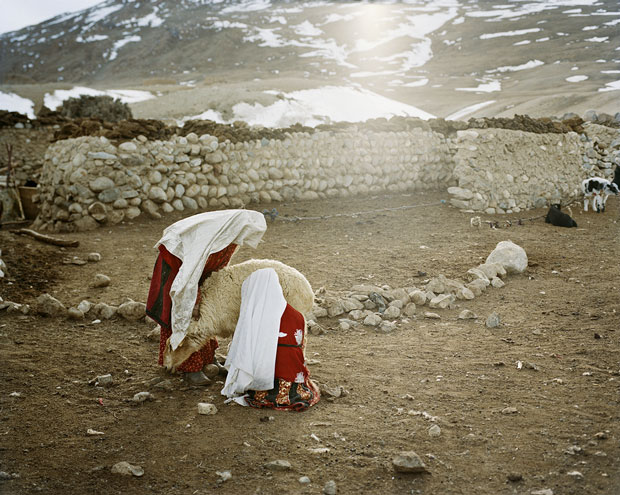 Chalab, Lake Chaqmaqtin, Little Pamir. Kyrgyz women tending a sheep. Living at an altitude of 14,000 feet, the land is uncultivable and Kyrgyz are only able to survive in this environment because of their cattle.