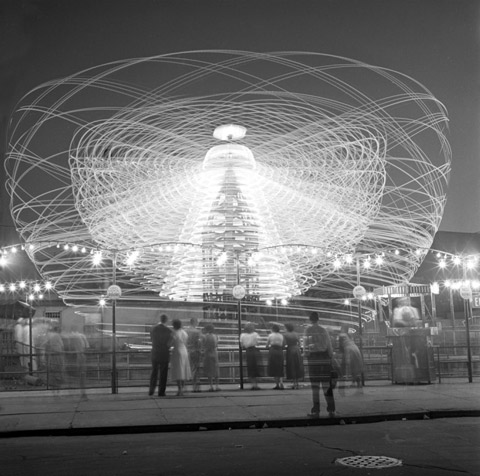 Over the years, the face of Coney Island has reflected waves of immigration and shifting neighborhoods. Here Orthodox Jews, African Americans, Italians, Russians, Puerto Ricans and folks from all over the world were drawn together by the lure of the surf, sand, boardwalks, side-shows, Nathan’s hot dogs, and the permission to leave go of all inhibitions.—Harold Feinstein

Photographer Harold Feinstein was born in Coney Island, Brooklyn in 1931. His legendary street photos, shots from the Korean War, portraits, nudes, and images from nature are all the result of a distinct talent and magical eye. But it’s the portraits of his birthplace—which he photographed for six decades—that really sing.
In these photos of Coney Island shot at night, Feinstein used his Rolleiflex and the play of dark and light to capture both the thrills and wonder of Coney Island with an intimacy all too often missing in street photography. Clearly, if a place can act as a muse, Feinstein found his next to the seaside in a corner of Brooklyn. 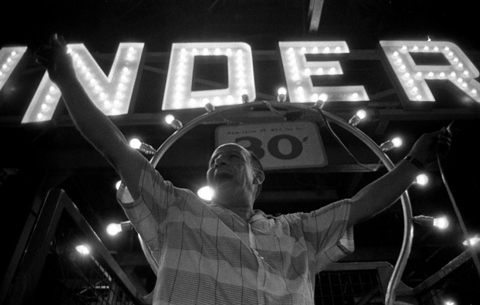 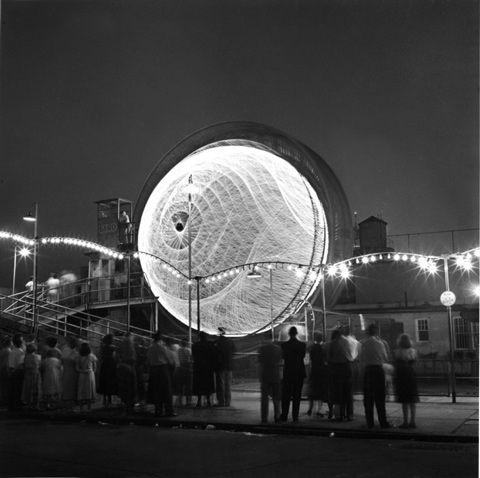 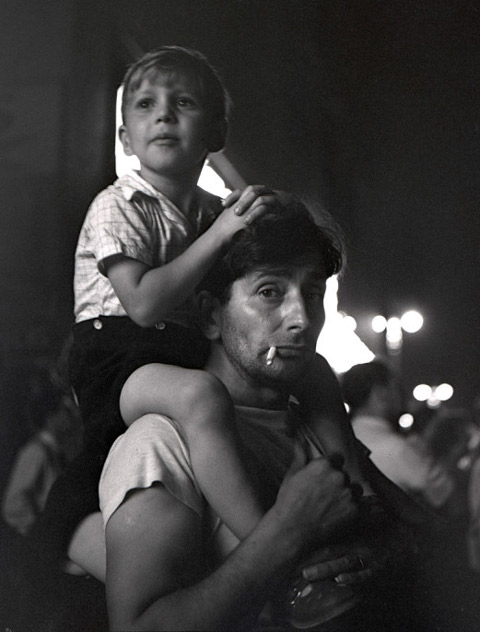 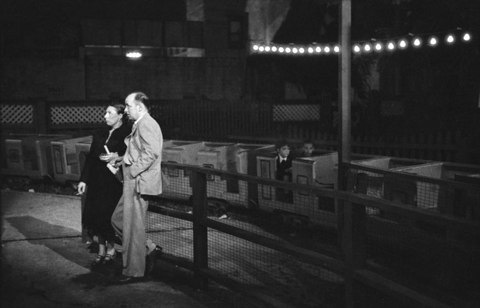 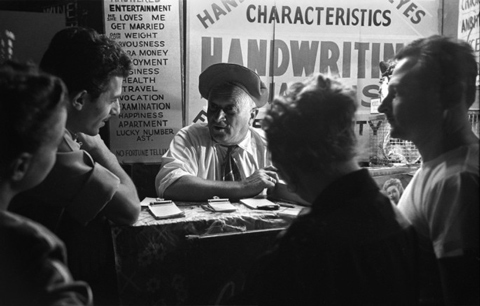