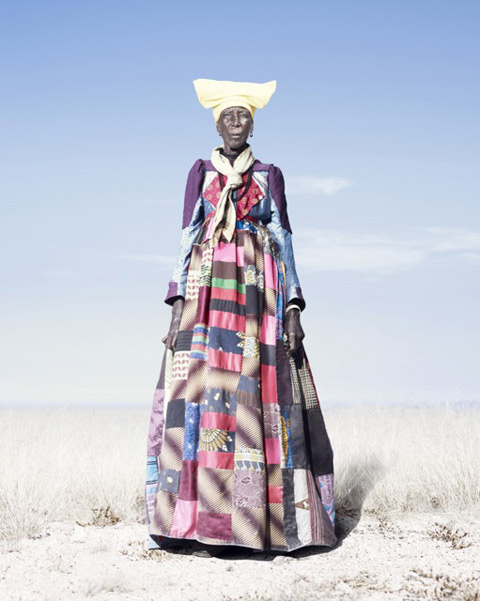 We recently spoke to London-based photographer Jim Naughten about his stunning portrait series of the Herero tribe members of Namibia.

How did this series come about? What was your inspiration?
“I traveled in Africa after finishing college. I bought an old motorbike and more or less stumbled across Namibia on my journey. It was instantly spellbinding—the extraordinary landscapes, the colorful and varied inhabitants and their surreal and often brutal history. I photographed the same tribe back then with my old film camera but always wanted to return to make a more extended project. I’m fascinated by history and often choose projects that make connections with the past.” 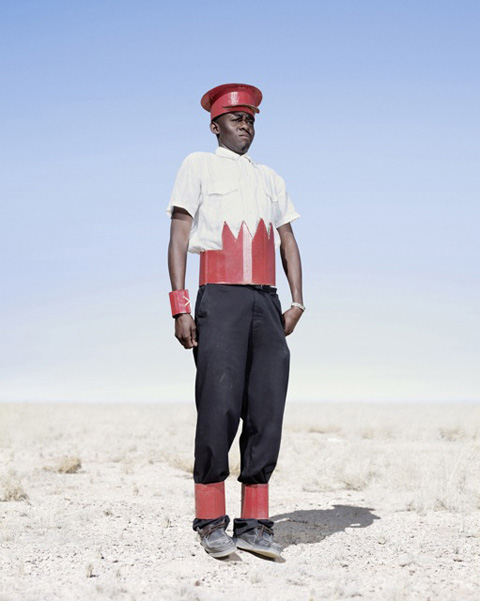 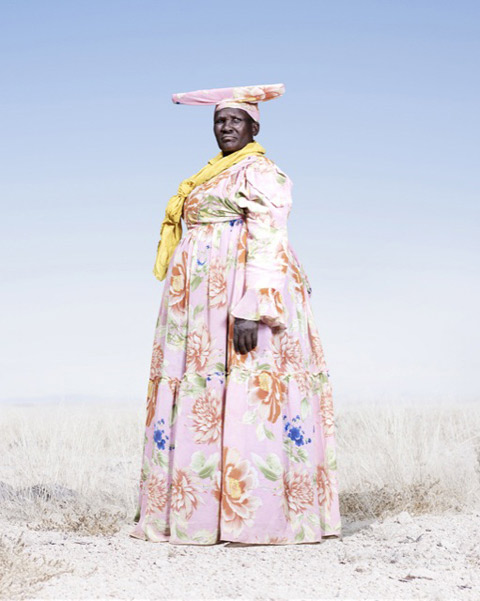 How did you put the project together? How difficult was this aspect?
“I decided to work over a four month period up to the point where the large annual Herero gathering and festival happens, by which time I should have met and photographed a lot of people. I worked for a few months trying to get some good contacts which was surprisingly difficult, but eventually found the only Herero owned tour company in Namibia who provided a car and guides, and most importantly, local knowledge. My assistant came courtesy of Manchester University where I had lectured, and they have a work placement scheme so they sent them to me. We bought some tents, packed up the cameras and flew to Windhoek.

“It was quite physical, camping every day, driving thousands of miles, working every day in the heat and dust, cleaning and charging the cameras, putting up the tents, cooking, cleaning, looking for subjects, photographing, then putting up the tent again and so on. If you throw in a few scorpions and the odd angry elephant it’s quite a tough pace to keep up for four months. My assistant was great though and kept us laughing all the way.“ 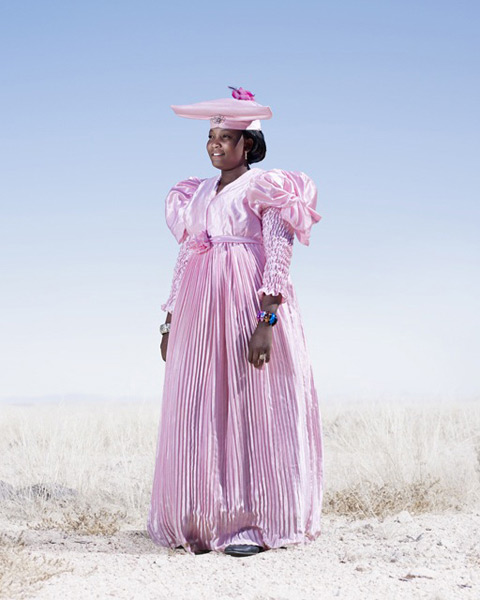 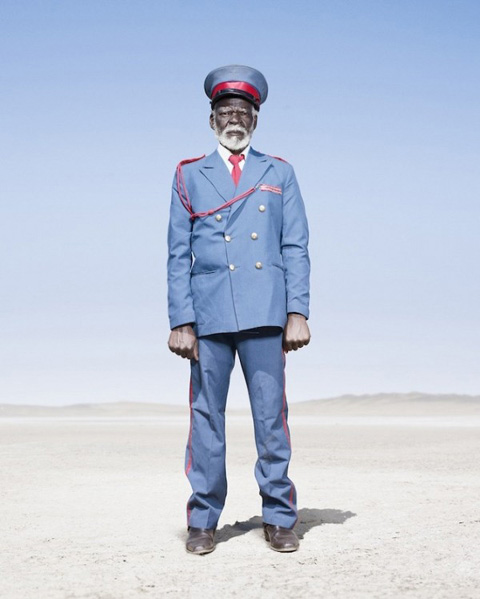 How did you come up with the visual approach?
“I first saw some Herero women walking across the desert outside Swakopmund on the Skeleton Coast and the Namib desert. This image was seared on my mind and I always wanted to make the pictures in a similar manner. I wanted to use the desert as a kind of backdrop, which suggests a sense of timelessness, ambiguity and space, and at the same time throws all the attention on the subject. It’s a surreal story and I think the images reflect that.“ 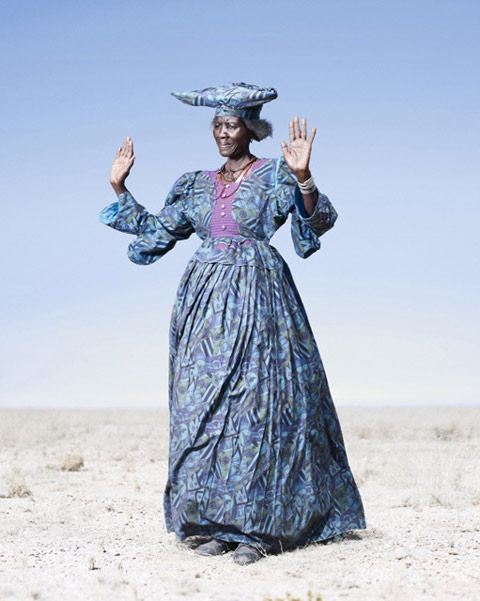 Do you know how the subjects feel about their portraits?
“Strangely it’s more difficult to get the work seen now than it was fifteen years ago, when I could give polaroids to the people I photographed. This time it was digital capture, and very few people I photographed had email or access to computers and they are so spread out. I would love to go back with some prints at some point. There were some excellent comments from Herero people who have seen the exhibition though, which I’m very happy to read.” 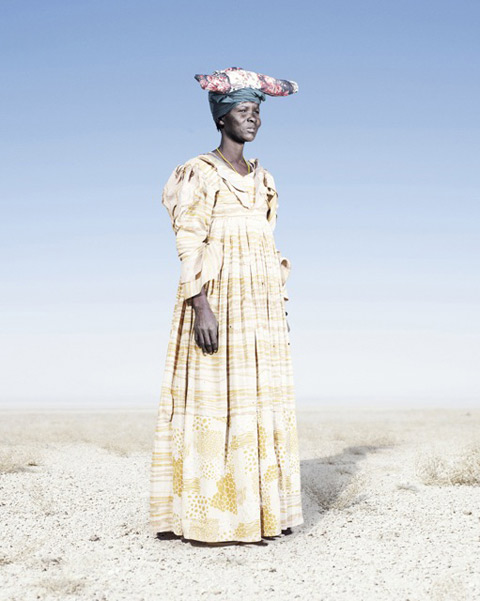 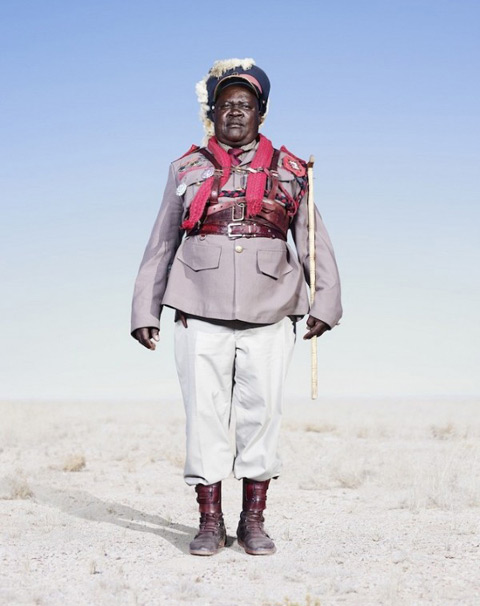 This post was contributed by Guy Merrill, Art Director at Getty Images London.