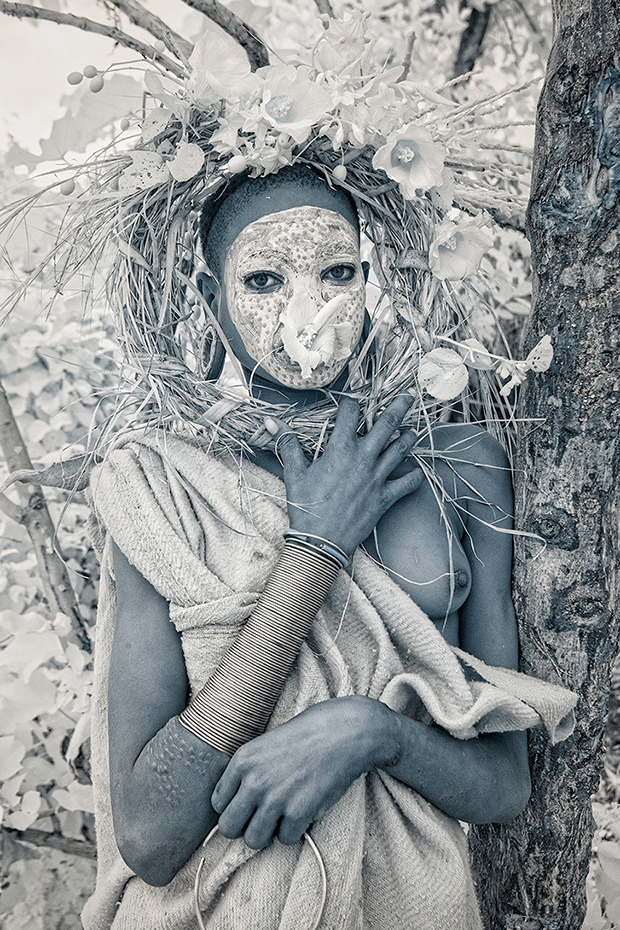 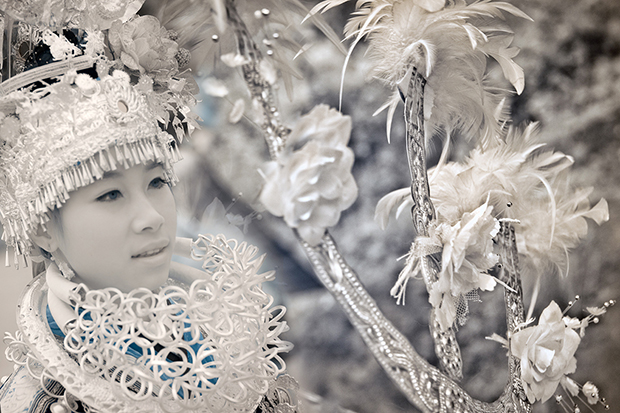 Photographer Terri Gold says she wants to find “the grace notes” of humanity. She has vivid memories of spinning an old-fashioned globe as a child, and as an adult, she dreams of faraway places and the secrets they keep hidden.

Gold has devoted much of her life to visiting the Indigenous tribal communities of our planet. The longterm project Still Points in a Turning World has taken her to Namibia, Ethiopia, Kenya, Niger, India, and China. She’s camped under the desert skies with the Wodaabe nomads, and she’s watched the sunrise over the villages of the Omo Valley. She has driven through the hairpin turns of the mountains of Guizhou, a landscape etched with 2000-year-old rice terraces.

The photographer has also shared quiet moments with the people in these communities, attending festivals and spending time in family homes. Gifts are chosen after consulting with locals— in some areas, school supplies are greatly appreciated, and in others, some bags of rice will suffice. She usually brings photographs of her own home and family to share with those she meets.

“A translator is imperative,” Gold says, “but a smile goes a long way.”

The photographer works in infrared (first film, now digital) to capture “the surreal sense of time” that exists in places and in communities where rites and rituals have been passed down for many centuries. “The world is filled with mystery,” she tells me, “and in every cultural situation, there are layers of meaning way beyond the surface.”

Globalization is a double-edged sword for tribal communities, who need access to clean water, medical care, and educational facilities. The introduction of resources and technologies, Gold says, is necessary, but it must not erase the cultural heritage of the people. The whole world suffers if their legacy is lost.

Gold understands the complex history of photographers and Indigenous cultures, and she takes care not to slip into romanticizing people and their daily lives. But in the end, Still Points in a Turning World as much as it is about looking in the mirror as it is about traveling the globe. Gold’s pictures aren’t a eulogy to “vanishing” tribes; they’re a testament to the endurance of humanity. Everything changes with time, but if we’re lucky, we can learn from our histories as we move into the future.

Still Points in a Turning World opens on April 19th, 2017 at Salomon Arts in Tribeca, New York City, and will be on view until May 11th, 2017. On April 22nd at 4:00 PM, Gold will discuss the work with photographer Harvey Stein. 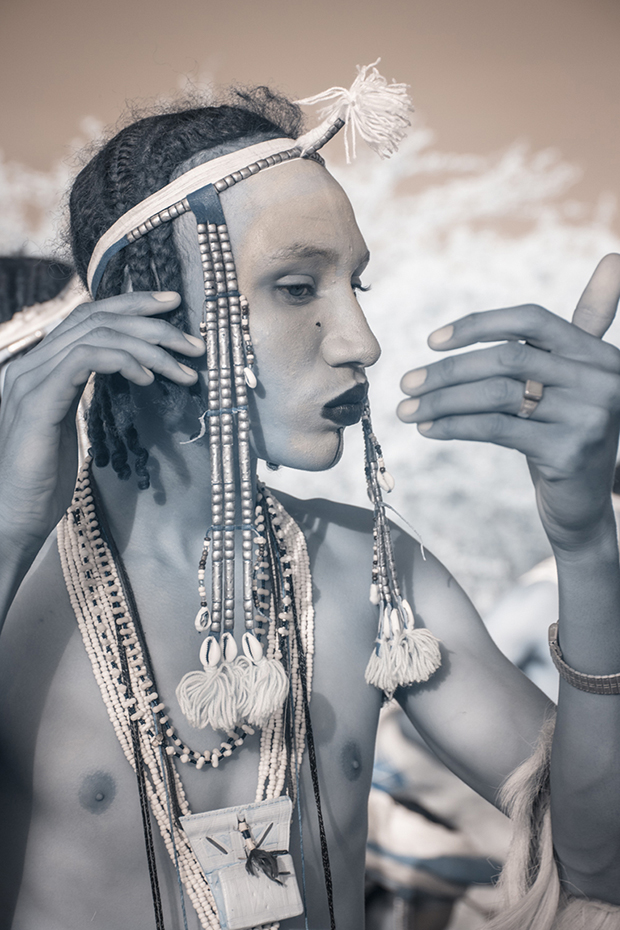 Who is the Fairest of Them All, Gerewol Festival Dancer, Niger 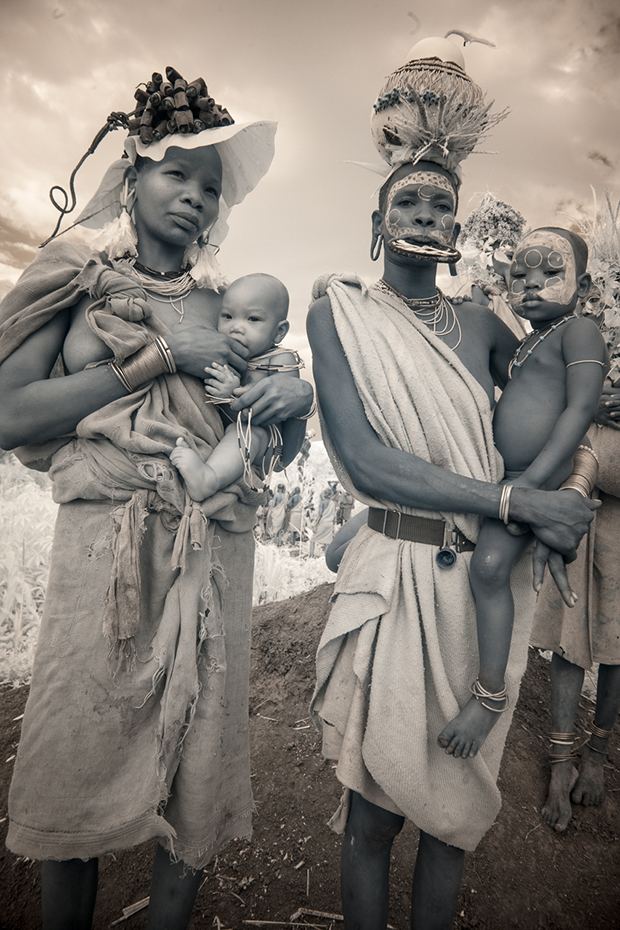 Suri women and children in the Omo Valley, Ethiopia 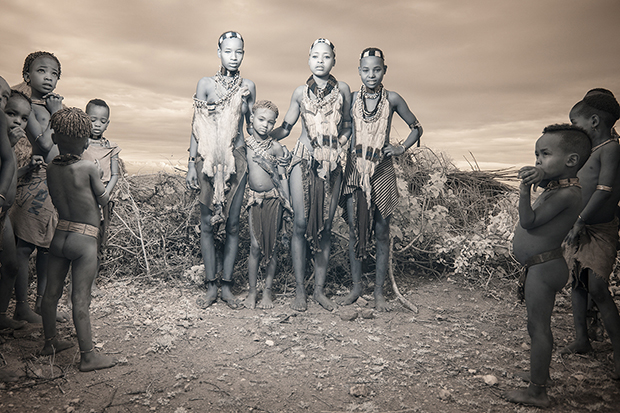 At the Hamar Village in the Omo Valley, Ethiopia 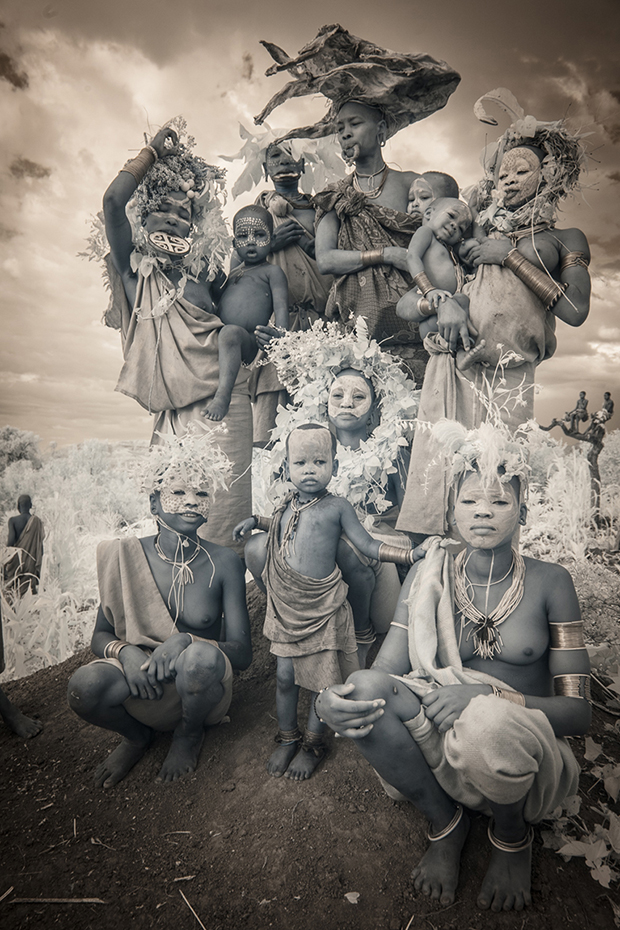 Fabulous Headresses in the Omo Valley 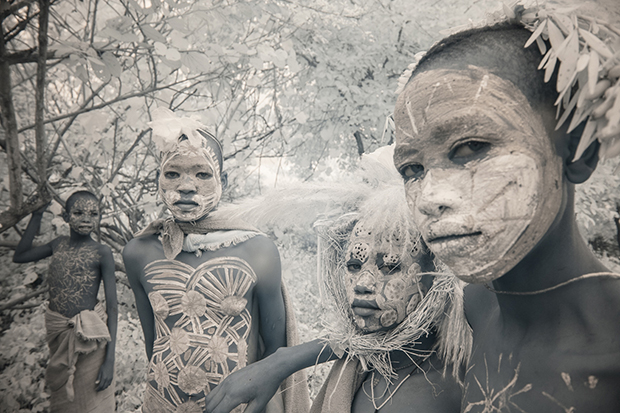 Suri Boys in the Forest, Ethiopia 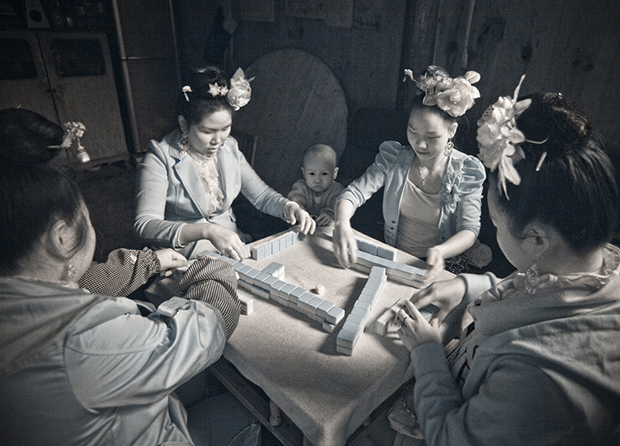 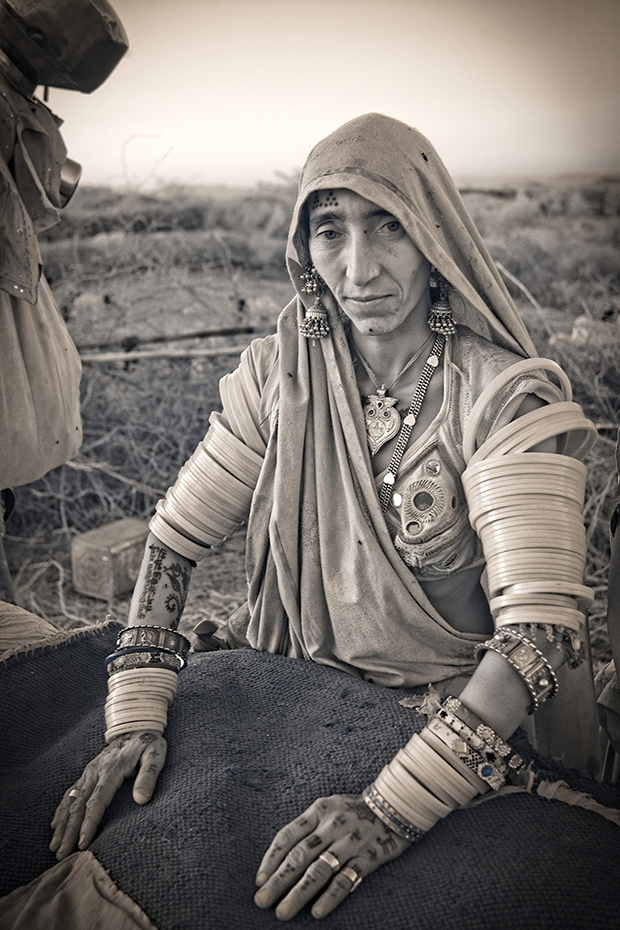 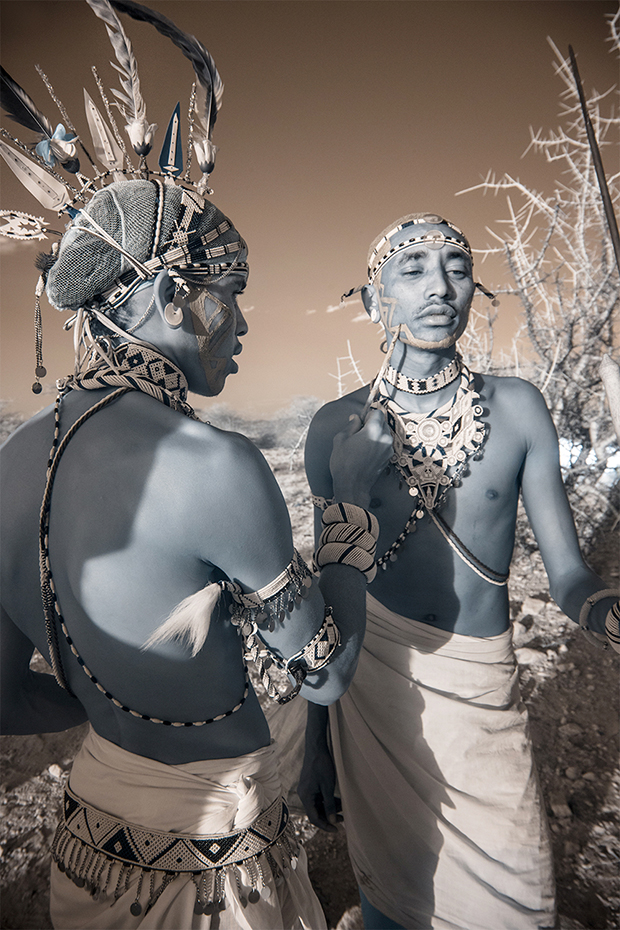 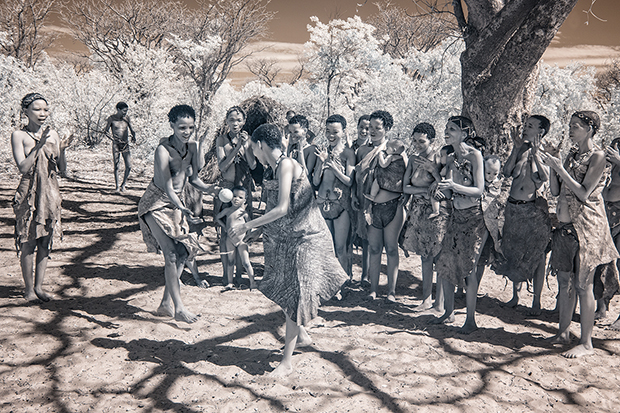