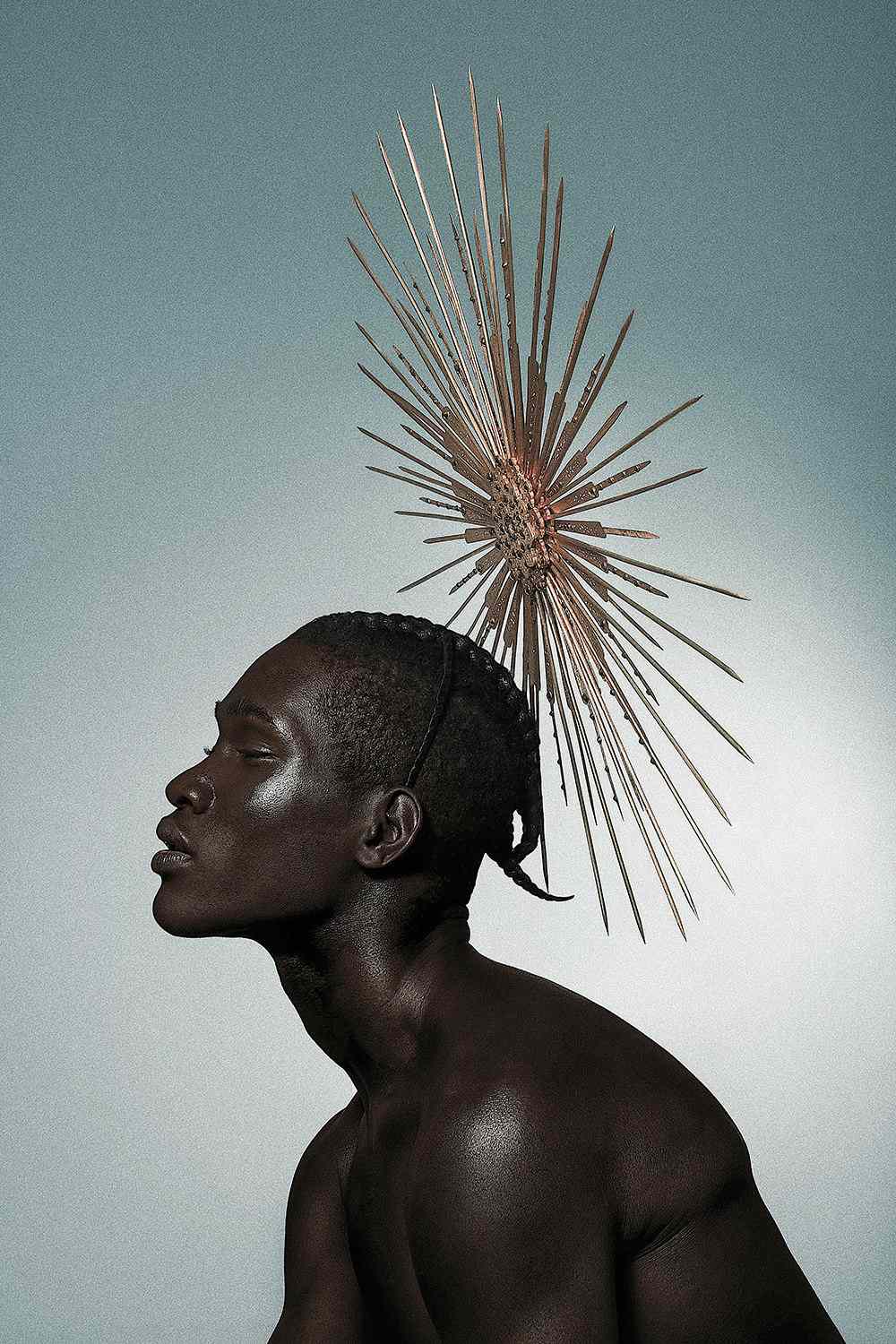 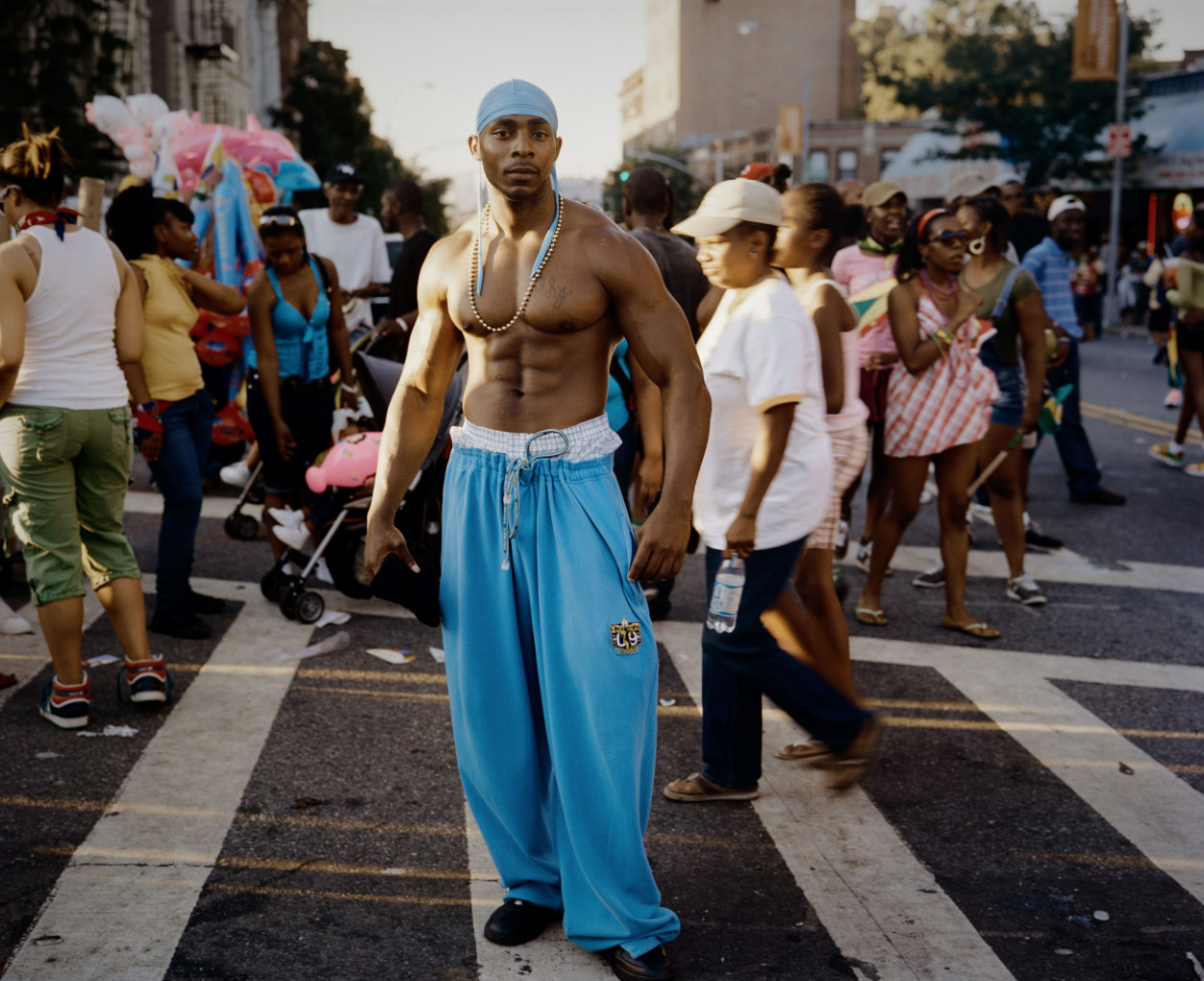 For more than 500 years, Western notions of Black masculinity have been largely filtered through the lens of racism, relying upon distorted notions of theology, “science”, and philosophy to uphold systems of power to kidnap, enslave, torture, kill, and oppress — all while reaping the profits gleaned from unpaid labor and cultural capital.

So much of Black history around the continent and across the diaspora has been whitewashed or erased, much like the noses hacked off the faces of Egyptian sculptures to destroy evidence Black power and leadership — but as Malcolm X wisely observed, “Truth is on the side of the oppressed.”

Enter Laylah Amatullah Barrayn and Adama Delphine Fawundu, photographers, curators, and co-founders of MFON: Women Photographers of the African Diaspora. Together, they have organized In Conversation: Visual Meditations on Black Masculinity, a new exhibition featuring the work of 55 women and non-binary photographers of African descent currently on view at the African American Museum in Philadelphia through March 1, 2020.

“Photography has a way of asking the viewer to question their own biases and preconceived notions,” Adama Delphine Fawundu says. “It dares us to at least try to think about our world view from another perspective, even at our own discomfort — to dive into a true human experience that is diverse beyond any label that we could imagine.”

Liberated from the limitations imposed by the white gaze, Fawundu and Barryan have brought together the work of artists including Adreinne Waheed, Sheila Pree Bright, Lola Flash, Marilyn Nance, Renee Cox, Delphine Diallo, and Dana Scruggs, among others, to explore notions of Black men, masculinity, sexuality, and gender identity in the twenty-first century. Here Barrayn and Fawundu share their experiences curating a multi-faceted look at Black masculinity. 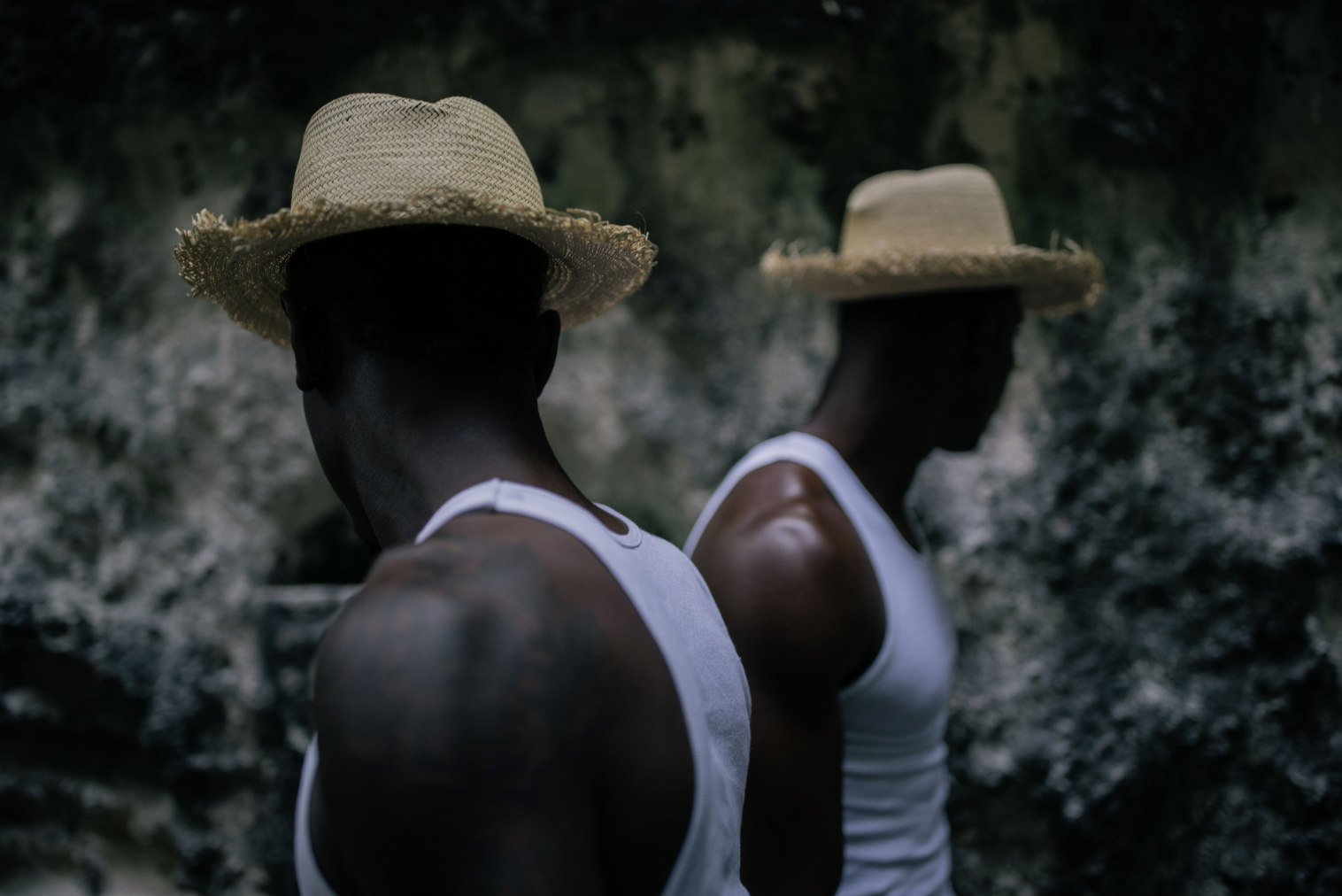 Adama Delphine Fawundu: “We were also looking at some vintage issues of Ebony magazine circa the 70s and 80s and noticed that ‘Black Masculinity’ or Black Men in general have always been a topic of discussion in America. We thought about Thelma Golden’s stellar exhibition Black Male: Representations of Masculinity in Contemporary American Art at the Whitney Museum in 1994. There are so many layers to ‘Black Masculinity’ we thought that this exhibition would be a wonderful entry point from the perspectives of women and non-binary photographers of African descent.”

Laylah Amatullah Barrayn: “The inspiration came from the dialog that is happening around gender and identity in popular culture. It is a discussion that’s been ongoing in the academy, literature and fine art, but I believe this is a distinct moment in that ideas are being fleshed out, redefined and challenged on a larger and more inclusive stage.”

Barrayn: “As masculinity pertains to Black men (and women) there has been a constant formation of detrimental theories projected onto us as a community, so, this topic is always worthwhile to engage with and to reject notions that are rooted in racist, colonial thought. One prominent narrative that is associated with Black masculinity is that Black men are inherently violent. We’ve seen that played out, over and over again and we know it isn’t true.”

Fawundu: “This exhibition highlights the fact that ‘Black Masculinity’ simply is not one thing. There are so many facets, complex layers, as with any identity. I think that people should have an open mind when they see this exhibit. Perhaps, look for the human in all of the photographs. Unfortunately, the lack of open-mindedness and pre-disposed ideas stemming from westernized patriarchy around Black Masculinity leads to death.” 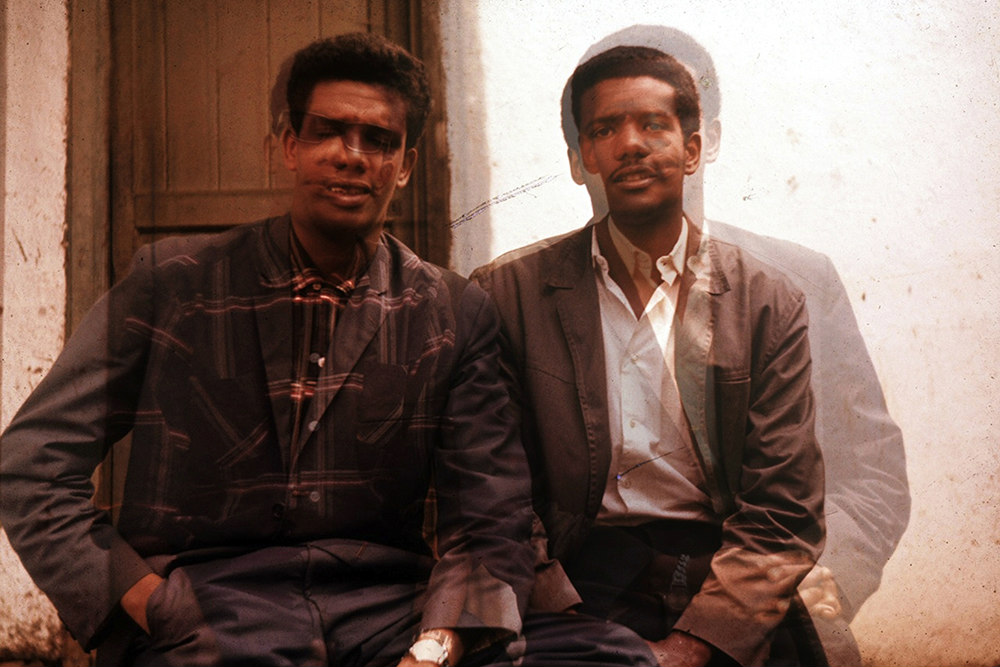 Yodith Dammlash (Washington, DC/Ethiopian). Brothers, from the series, The Names We Bear, 2014, Ethiopia. From my series, The Names We Bear, I made these collages from photographs taken between the 1940s and 1970s of my mother’s family in Ethiopia. Usually prompted by my uncle Samuel, they would gather close and pose for his camera. I often wonder, did Samuel dream or worry about his siblings when he was abroad for school? Did they know displacement and diaspora were looming, soon to make memories together hazy but all the more sacred? I use my family’s oral history and my own imagined past of the subjects to rework these images and memories.

I’ve been speaking with women photographers and curators about the idea of the female gaze. Do you think it exists, and if so, what are some qualities that make it distinct from the male gaze?

Fawundu: “Unfortunately the ‘male gaze’ stems from Westernized patriarchy and is sexist, racist, classist, homophobic, and tied to many isms. Anyone, even women can see through the world through this lens if they are not aware of it. As one becomes conscious and more educated to even imagine seeing outside of this colonized gaze it becomes something different. I don’t think that there is a defined ‘female gaze.’ Perhaps, this gaze could just relate to how a women or non-binary person sees one other than themselves, but this view is broad.”

Can you speak about aspects of Black masculinity that Black women artists render in their photographs that differ from, expand upon, or otherwise complement the work of Black men artists?

Barrayn: “There are over 50 artists in the show representing various regions of the United State and also artists hailing from countries like The Bahamas, Haiti, Uganda, Nigeria, England. Also, this is an intergenerational show, where the youngest photographer is 16 and to seasoned photographers in their 60s. So, there is a range of generational definitions of masculinity. The photographers explore trans lives, fatherhood, religion, boyhood, masculinity in celebrity culture, ballroom culture, love and desire, just to name a few inquiries.”

Fawundu: “I’m pretty sure that this exhibition represents work that expands upon and complements the works of some Black artists and at the same time goes in a completely different direction.” 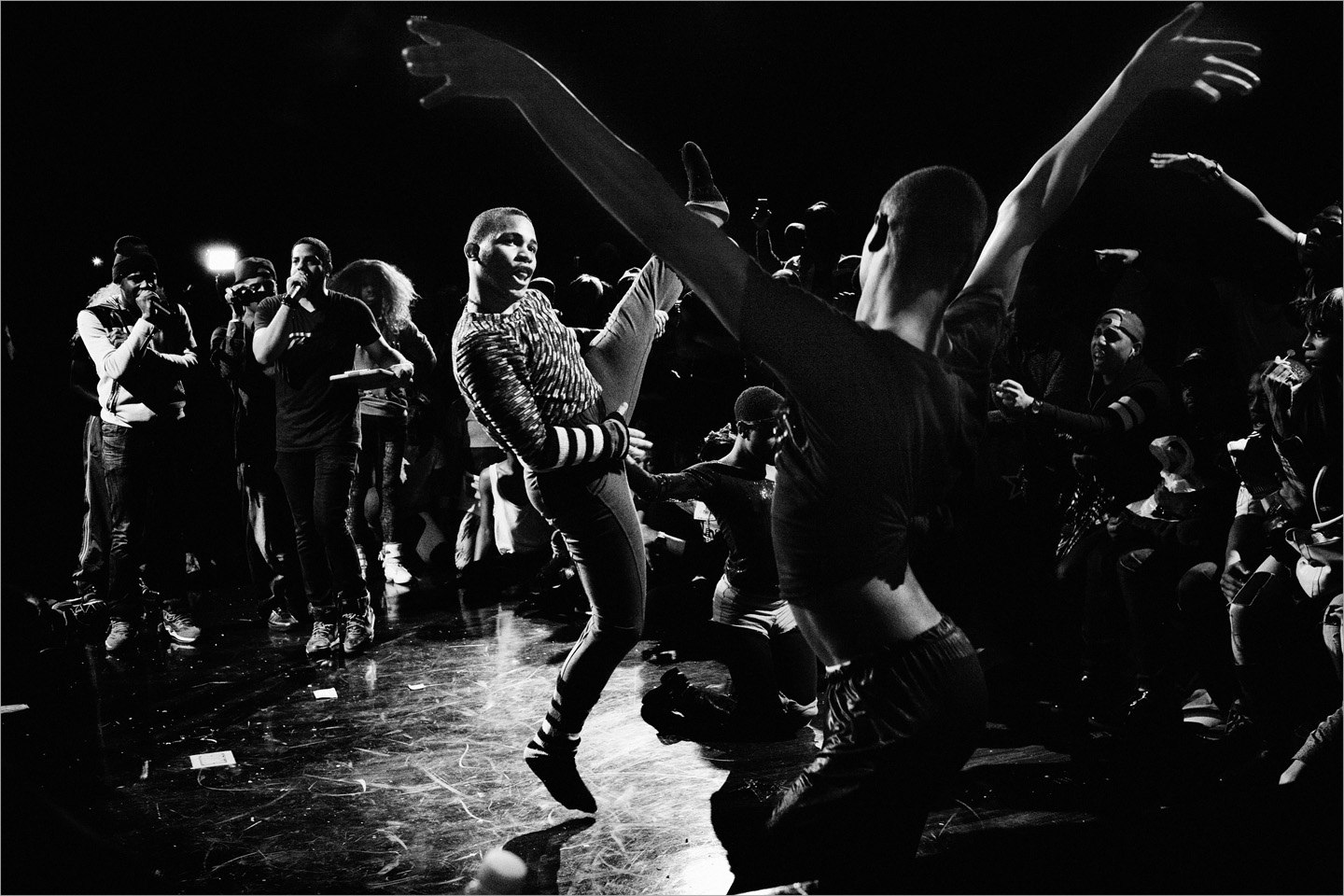 As MFON takes a global perspective on Black lives, can you share some of the telling similarities and notable differences when looking at Black masculinity across the diaspora?

Barrayn: As a global community, we are all navigating post-colonial ideas of gender, masculinity, humanity, which is a thread in the works. The works also reflect a quest for liberation, celebration of culture, beauty and resilience.

Fawundu: “Beautiful to me are the similarities in gestures and rhythm, although walking on a different road to a different beat.”

When curating the exhibition, were there any images that surprised, challenged, or otherwise made you consider your thoughts about Black masculinity, and if so can you describe those experiences?

Barrayn: “Some of the photographers were already exploring and challenging the notions of masculinity. There were other images selected from the photographers archives that were recontextualized, as they hadn’t been created with that specific intention in mind, but brilliantly complimented the conversation we wanted to have, which were all wonderful surprises.”

Fawundu: “As Laylah mentioned, the most beautiful surprise is how all of the photographs despite the time period and geographic location, seamlessly build upon each other. They tell a holistic narrative that I have not seen before in one place, by women and non-binary photographers of African descent.”

How can photography be used to spark empowering, healing conversations across the divide, that foster knowledge, wisdom, and understanding among men and women?

Fawundu: “Photography has a way of asking the viewer to question their own biases and preconceived notions. It dares us to at least try to think about our world view from another perspective, even at our own discomfort — to dive into a true human experience that is diverse beyond any label that we could imagine.” 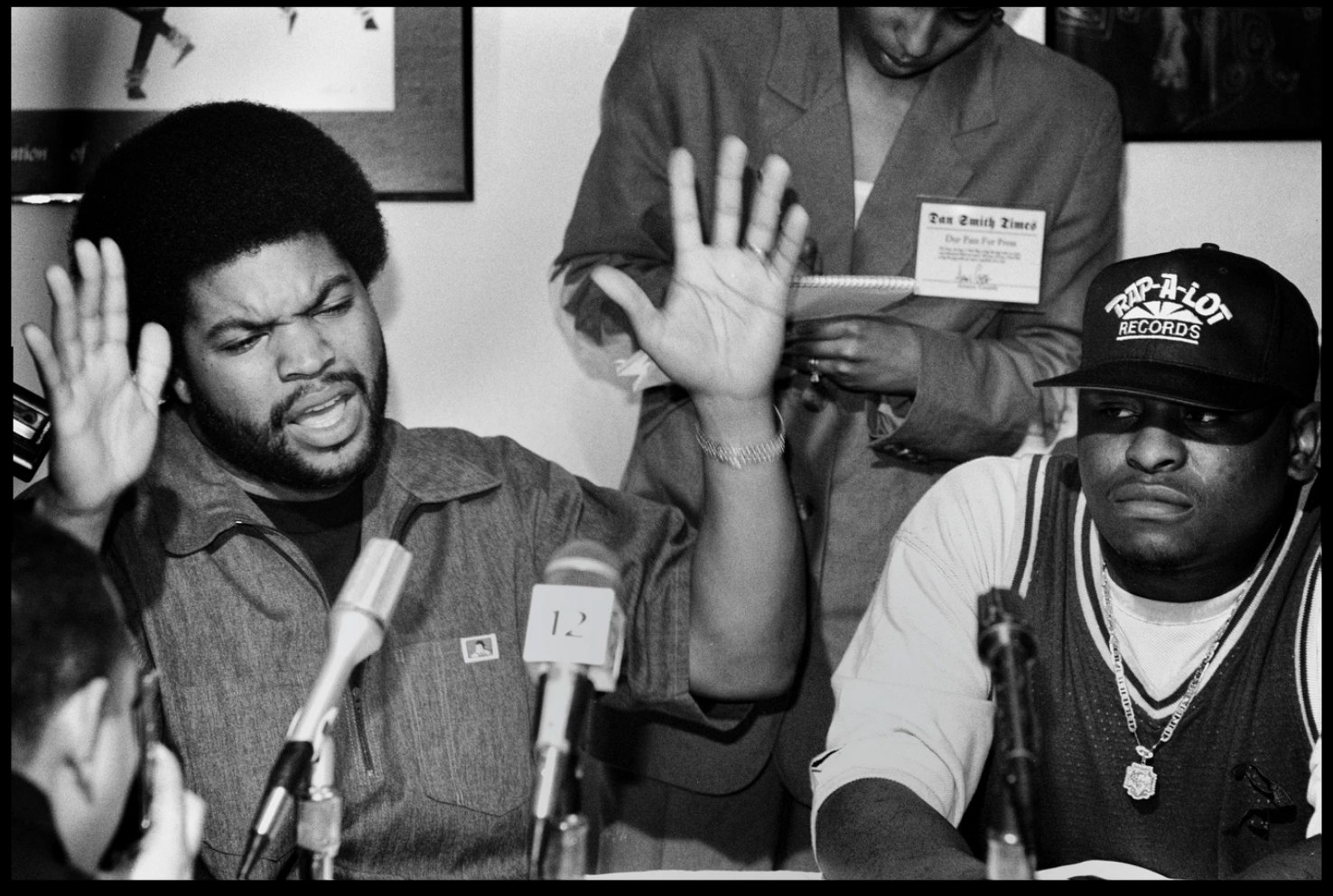 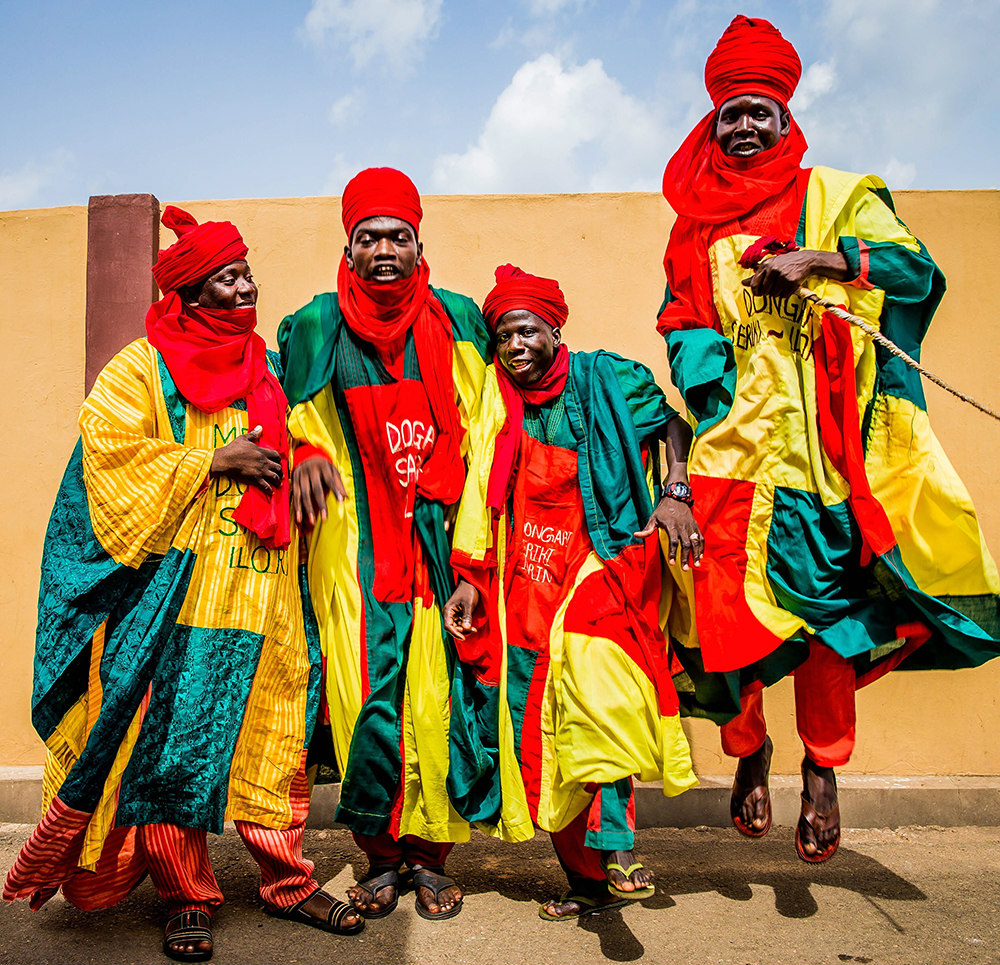