The Brooklyn Artist Reconnecting with Her African Roots 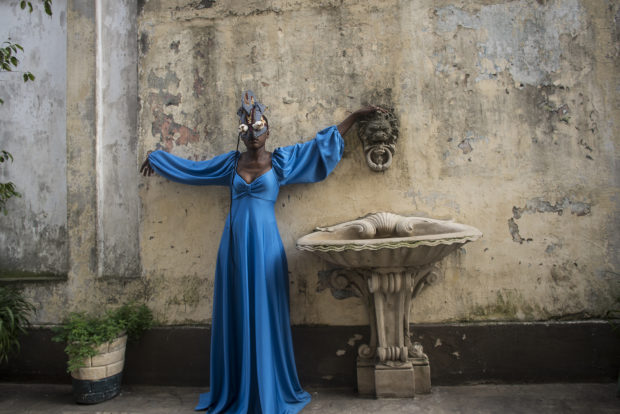 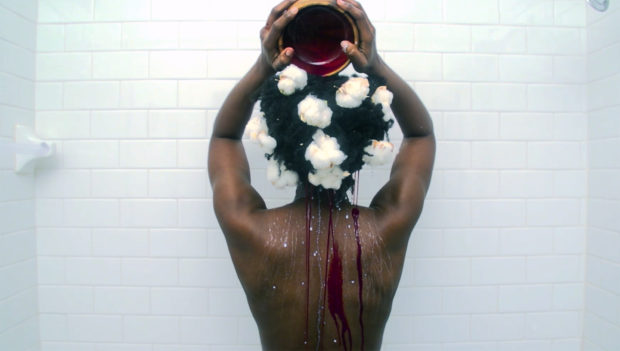 Still from video short “the cleanse” 2017

Born in Crown Heights, Brooklyn, Adama Delphine Fawundu is the only first first-generation American of her siblings. Her brother and sister were born in Freetown, Sierra Leone and lived there until 1975, when Fawundu and her mother returned to bring them to the United States.

Fawundu would not return again until 1992, at the age of 21, during the Christmas holidays, during the first year of a decade-long civil war. Though she was unable to return to her homeland, Fawundu traveled the continent, visiting South Africa in 1995, early in Nelson Mandela’s presidency, as well as Ghana and Nigeria. And when she finally could come home, she brought two of her sons, then ages ten and seven, to create the foundation for a lifelong connection to the motherland.

Embracing the power of connection, Fawundu takes an expansive, inclusive approach, personifying the water spirit that connects Africa and its Diaspora using photography and film. In The Sacred Star of Isis, now on view at Crush Curatorial in New York through April 6, Fawundu travels the globe to create images from the New York State forests and the waters of the coast of Freetown, Sierra Leone, to cities within Argentina, a place known to systematically attempt to erase its Black presence.

The exhibition includes “the cleanse,” Fawundu’s first film — a glorious celebration of rhythm and ritual contained in the moments when Fawundu places her perfectly pressed tresses under the shower and begins to wash her hair, an incantation filled with magic, power, and wisdom. Here, Fawundu shares her journey creating The Sacred Star of Isis. 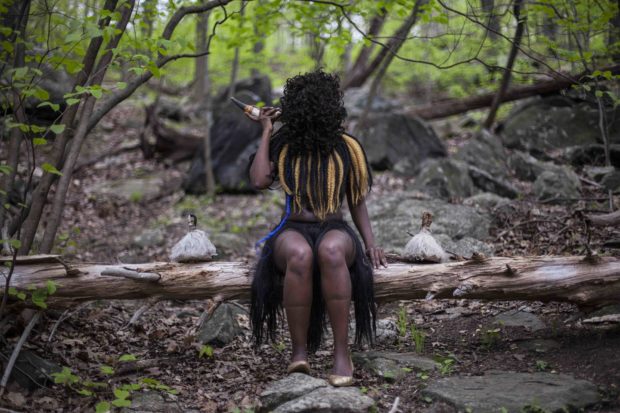 How did this body of work come into being?

“The Sacred Star of Isis has been in the making since 2016. I am a first generation American with parents from Sierra Leone and Equatorial Guinea, West Africa. With my recent works I’ve been using my Mende heritage through my paternal grandmother’s lineage as a source of inspiration.

“The Mende are an ethnic group hailing from various parts of West Africa. A vast amount of people of African descent can trace the Mende ethnicity in their DNA. I am interested in how the Mende culture has shape shifted, transformed, and evolved within the African Diaspora despite horrific societal disruptions such as colonialism and the Trans Atlantic Slave Trade.

“But this doesn’t stop me from referencing other cultures such as Igbo, Yoruba and Bamileke. For me it’s really about these strong connections through space and time. For example, when I listen to Hip Hop or Trap music, I can feel and hear the connections to pre-colonial African cultures such as Mende and Yoruba.

“My film ‘the cleanse’ was totally inspired by the late historian Sylvia Ardyn Boone’s book Radiance from the Waters: Ideals of Feminine Beauty in Mende Art. This book gives great insight to a Mende ontology which is so different from Westernized view points.

“Once you begin to open your mind and see the world and life from different perspectives, everything changes. With my art, I want to inspire people to expand their worldview. 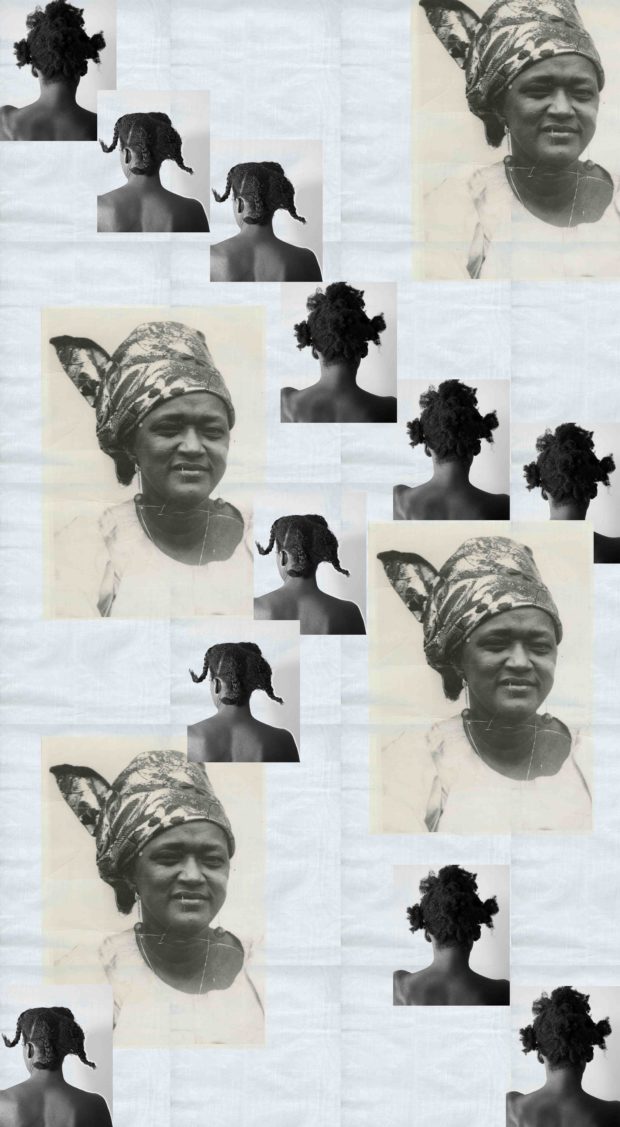 I am thinking of your film “the cleanse,” and the way the medium turns to liquid in your hands, in a mellifluous flow of image, music, and text. How does the film tap into the intimate, intrapersonal aspects you explore in the photographs?

“With film, I get the chance to mesmerize my viewer by using moving visuals, and audio to create a multi-sensory work. With ‘the cleanse,’ I thought about the cyclical idea of ritual as it mirrors the cycle of life.

“For the Mende, beautiful hair is called kpotongo, which literally means ‘it is much, abundant, plentiful.’ The root, kpoto, is used to describe things in nature that can be pulled together such as fruits on a tree and rice. The most significant thing about hair in Mende culture is that it grows; this symbolizes essence of life. It is important to wash it regularly and nurture it with herbs and natural oils. The maintenance of growth is essential.

“With these concepts in mind, I created my own language made up of natural elements and diaspora references as metaphors and symbols. Like a Hip-Hop artist, I sampled Trap music, spiritual texts, Mende harvest chants, and words from authors such as James Baldwin, Toni Morrison, Erykah Badu, Alice Walker, Sojourner Truth, Audre Lorde, and Gayle Jones. These words are juxtaposed against vivid imagery of hair, water, ‘blood,’ milk, and cotton. ‘the cleanse’ is about healing as a natural occurrence. 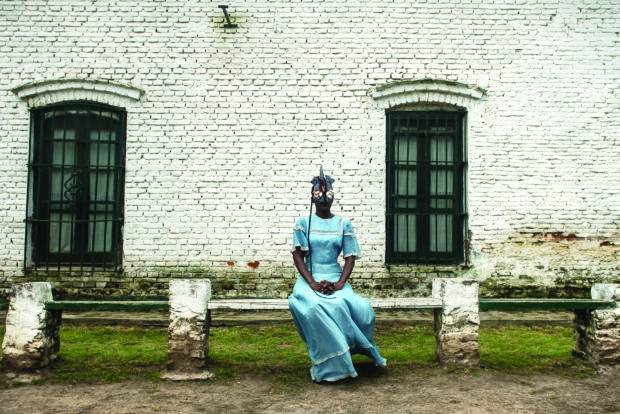 Could you speak about how the title, “The Sacred Star of Isis” embodies your vision for this work?

“There are elements of magical realism in my work. The magic is inspired by ancient water deities such as Mami Wata.

“The Sacred Star of Isis is actually the Sirius Star, which was known as Sothis to the Greeks, and Sodpet by the Kemetic people. She was responsible for opening the way of the Nile flood which brought fertility and life to the land. Stories like this are sources of inspiration to my work.”

Could you speak about how art, like water, is a conduit between people, place, and time?

“The beautiful thing about art is that most of the time people are able to see some part of themselves or their story in the work. Or they are able to connect in some way, ask a question, or even be prompted to research on their own.

“Even though my work focuses on the African diaspora, I have had conversations with people who are not of African descent and could connect in some way. At the end of the day, we grow as humans, by evolving to a place that diminishes the categorical hierarchies placed upon us.”

Lastly, how has this journey through art guided you to new channels for the possibilities of photography as a medium?

“Approaching photography as an artist allows me to deconstruct the medium just as I deconstruct identity. I am not longer thinking about the restrictions – I am creating the visions that come to me and if this means sewing hair, cotton and cowrie shells into a photograph, that’s exactly what I am going to do.” 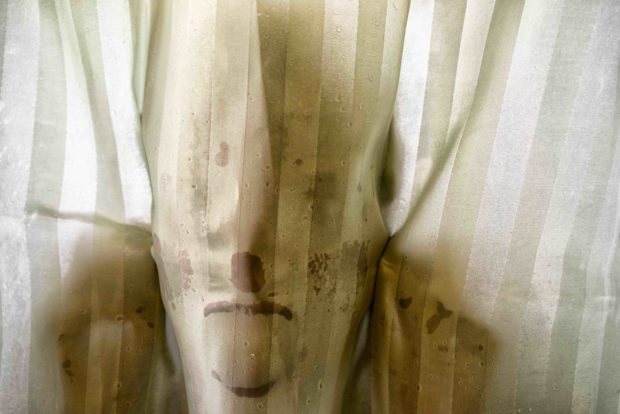 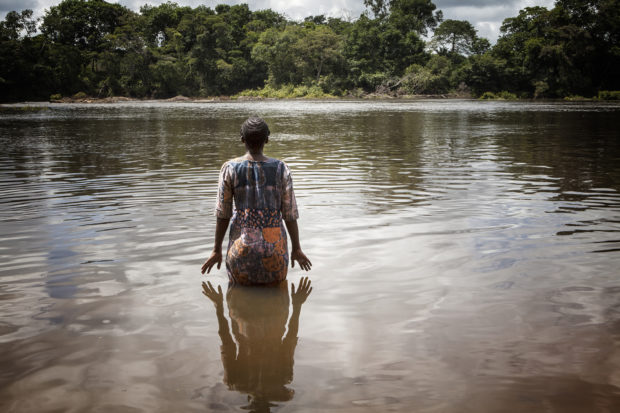 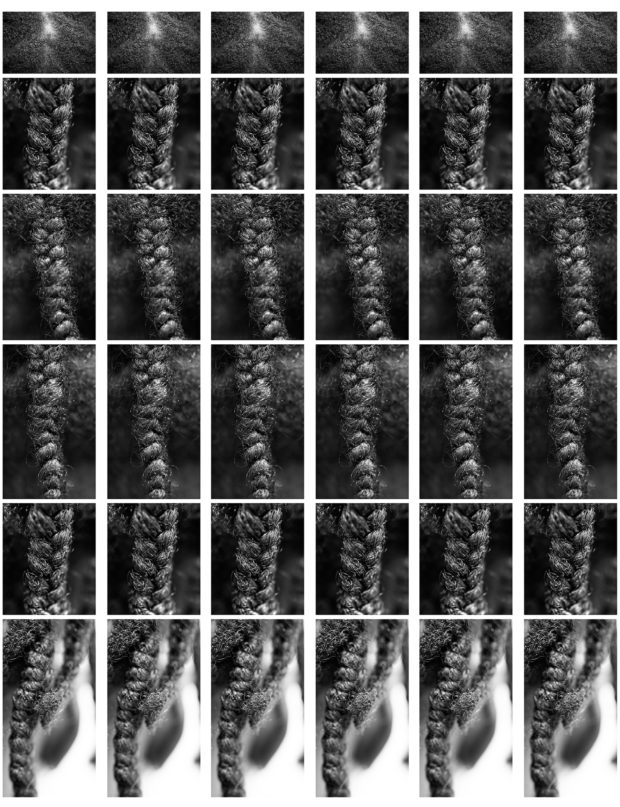