The Artist Challenging Gender, Sexual, and Racial Stereotypes in Photos 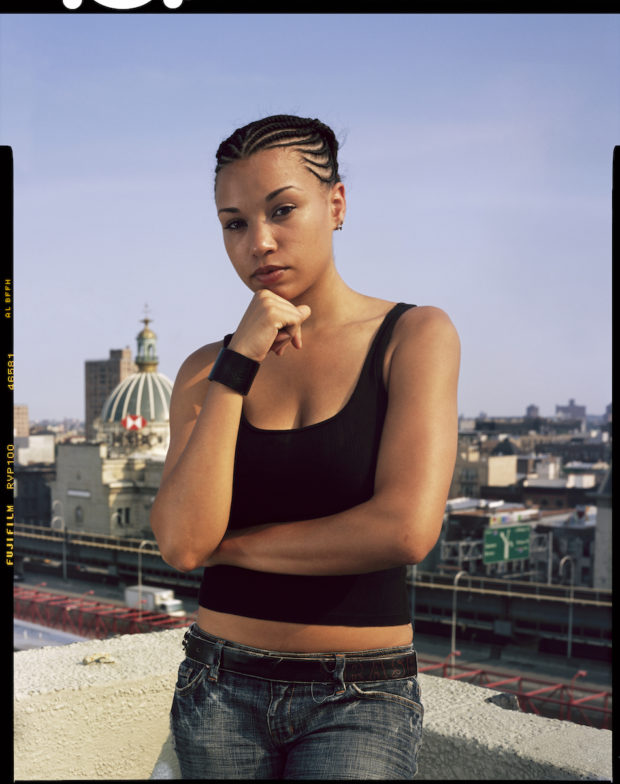 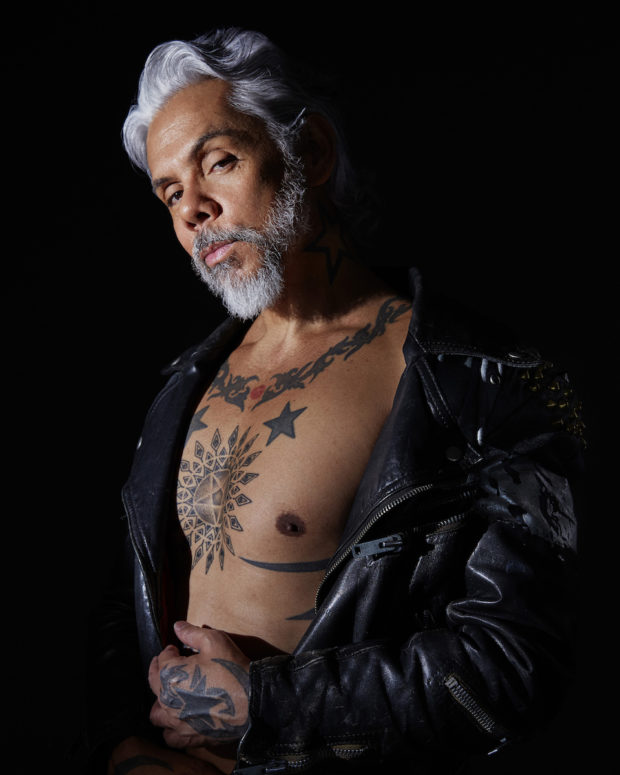 African-American photographer Lola Flash first rose to prominence during the late 1980s when she began documenting the work of the AIDS Coalition to Unleash Power (ACT UP). As a member and activist, Flash photographed demonstrations in New York, Washington DC, and London, marching in solidarity in a life-or-death fight against the government.

She developed her signature cross-color style at this time as a means to subvert the perceptions of race and representation that have long informed and defined so much of the photographic canon. The subject of color has been a thread that continues throughout her work, leading her to explore the subject of colorism and the impact of pigmentation on Black identity and consciousness.

In the new exhibition, [sur]passing on view at Autograph in London through August 17, 2019, Flash presents a series of larger-than-life portraits of global diasporic figures posed against the urban skyline, inviting us to consider our response complexion in all its many splendored forms.

It’s a subject that is discussed at length within the Black community, in large response to the conditions imposed by white supremacy. Many outside the community may consciously or unconsciously ascribe to the heavily socialized stereotypes around light and dark skin, not to mention hair texture and facial physiognomy. By centering and celebrating color, Flash continues to push redefine representation of Black identity from the inside.

The exhibition also includes a selection of bold and experimental early works from Flash’s series Cross Colour and Gay to Z, alongside works from her ongoing series LEGENDS, portraits of prominent members of queer and non-gender conforming communities. Here Flash reflects on working three decades in the trenches. 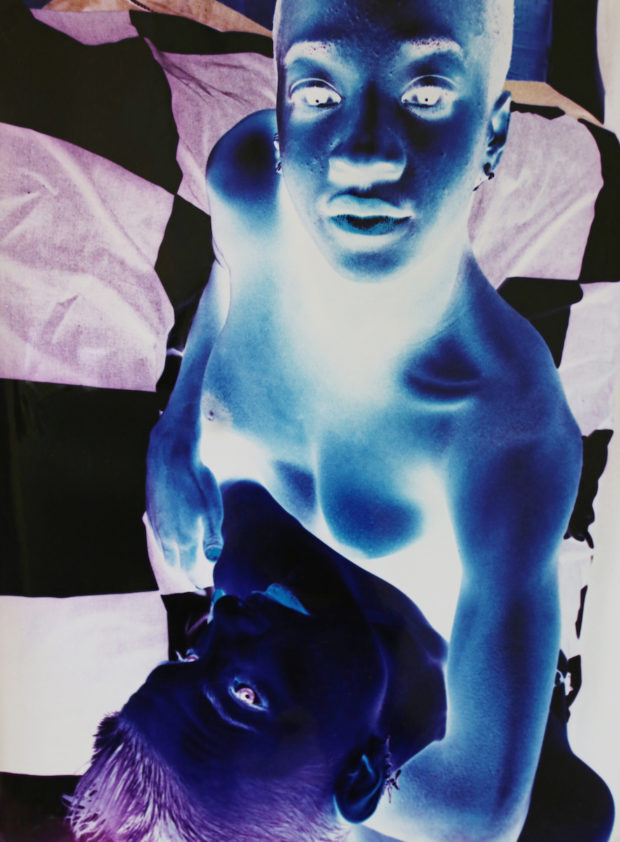 Could you speak about what drew you to the cross-color process during your formative years as a photographer, and share any formal, conceptual, political or otherwise contextual sources of inspiration?

“This process was created during my college days, before Photoshop, and was a comment on the notion of perfect ‘Kodak days’, in reverse. I was known for this process, it was my signature style.

“Cross-color started as many great ideas do — by accident. I had a number of images shot on slide film, but had ran out of the proper paper to print on. Instead, I used negative paper and was surprisingly happy with the results. The colors were so vibrant and all hues were reversed. Blues became reds and white, black.

“I was consumed by the psychological meanings of what colors were supposed to mean. For instance, when looking up the definition of black, one finds (to name a few): full of gloom, very wicked or evil. These alleged meanings disturbed me then as much as they do now.

“The process lent it self to my AIDS work, as the world, through my eyes, became very apocalyptic. One of my favorite photos is one that I took of Martina Navratilova at the US Open. Not only does she look black, the entire audience, appears to be black, with frilly bonnets on.

“Until the end of the ‘90s, I set upon a path where I created a world that I could happily live in, one in which the viewer’s expectations of color are challenged — skin tones became blue, purple and orange; moving away from the binary idea of race.” 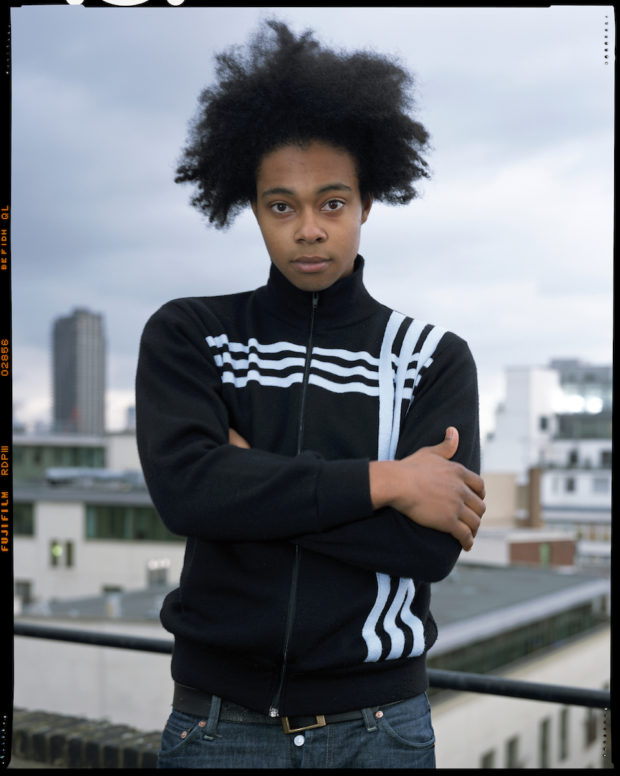 Could you describe what it was like to be working at a time when photography was fighting to be seen as a form of fine art — while simultaneously replicating that marginalization within the photo world by treating color photography as lesser, common, and commercial?

“Since my career started in the late ‘70’s, it was definitely clear that photography was still in its infantry stage. This was a decade after Martin Luther King was assassinated and the contemptible Harlem on My Mind exhibition at the Metropolitan Museum of Art.

“As an African American photographer, I would say that color photography was, at that point very suspect, and possibly why my cross-colou images were not received well. Yet, with that said, I would suggest that for photographers of color, racism, and in my case sexism and homophobia, were the culprits for the marginalization we experienced.

“I rarely learned of any POC photographers, at college, and thus became more aware of these artists, independent of formal education.”

Could you speak about how being Black, queer, and female has informed your worldview as an artist in an industry that centered around the white male gaze?

“In many ways, it is a very liberating experience to be in a position to create in a way that no others have. This is not to say that there are no black female centered, queer artists, but they are hidden from us, erased from history. In this sense I have referenced certain white male artists (such as Richard Avedon and some of the early Italian painters) and then transferred their methods such as composition and gestures in portraits, to be my own.

“My intentions have never been focused on museums or other art institutions, it has always been about creating the work, and encouraging my models to realize their beauty. Though, with said, after 40 years of being true to my goals and my communities, it is actually quite rewarding to be seen and heard via an international platform.” 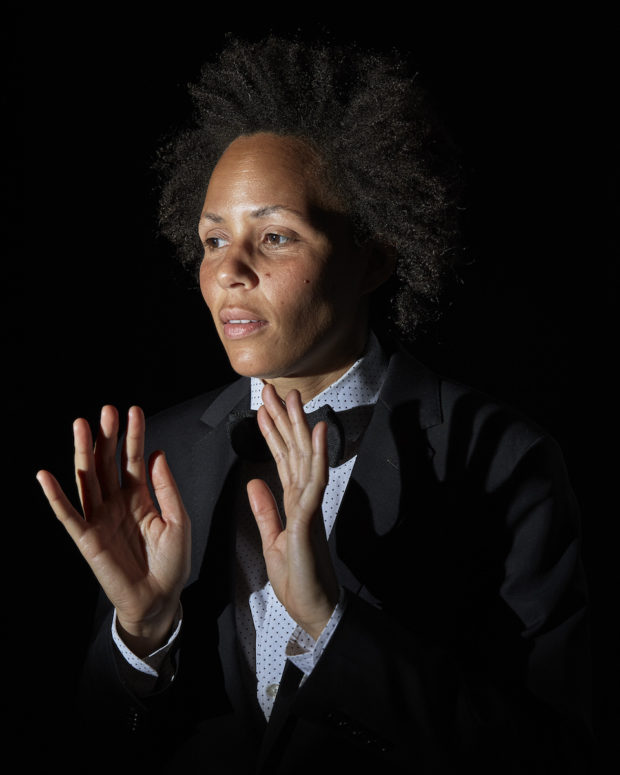 Could you speak about the ways in which art has given you a platform as an activist throughout your career — and how photography is well-suited to your vision and goals?

“Photography is definitely a perfect tool to use for my activist voice. The intersectionality of my identity, is so multi layered and I believe that each series I am working on, speak to these various and complicated issues.

“I also reflect back on my younger days, when I wasn’t as verbal as I am now, at the age of 60! I think that for me, photography was a way for me to express myself, in a visual manner, and over the years both my visual and verbal skills have soared. I’d also add that social media, in particular, Instagram, is ideal for us photographers and activists.”

Is the female gaze something you’ve considered (or dismissed)?

“I don’t know if I consider the female gaze. It seems like such a binary construct, and although I’m not trans, I definitely feel like I’m somewhere in the middle. Since I was able to speak, my parents gave me permission to wear masculine clothes, and this is the way I have presented myself, since then. At least, once a day, I’m called ‘sir’ and because this has been my reality for so long, it doesn’t bother me. Even when considering which pronoun I prefer, it’s hard for me to make a definite decision, I think I’m just truly fluid and that’s that.” 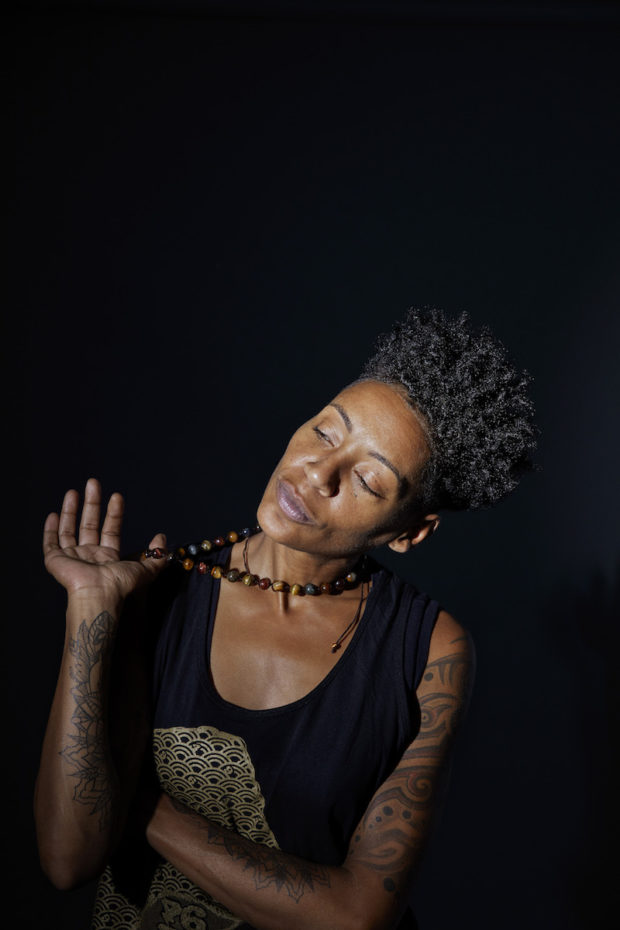 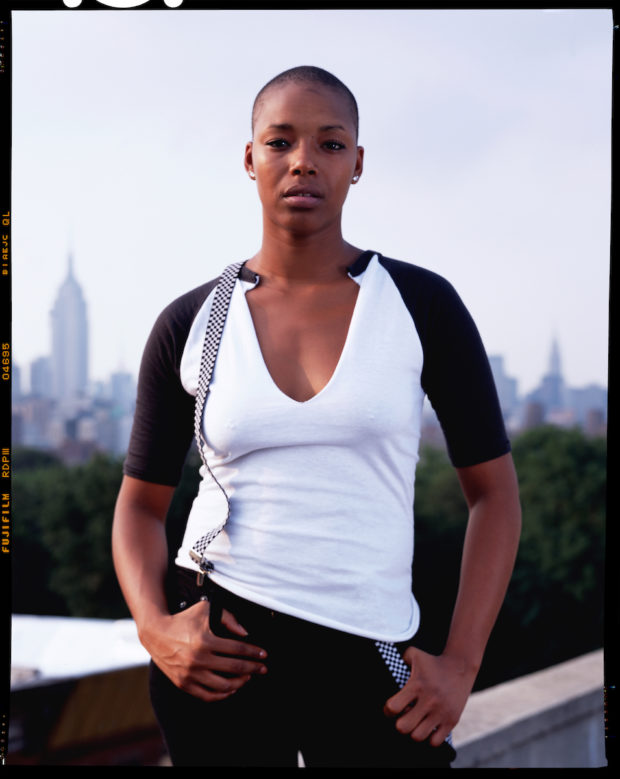 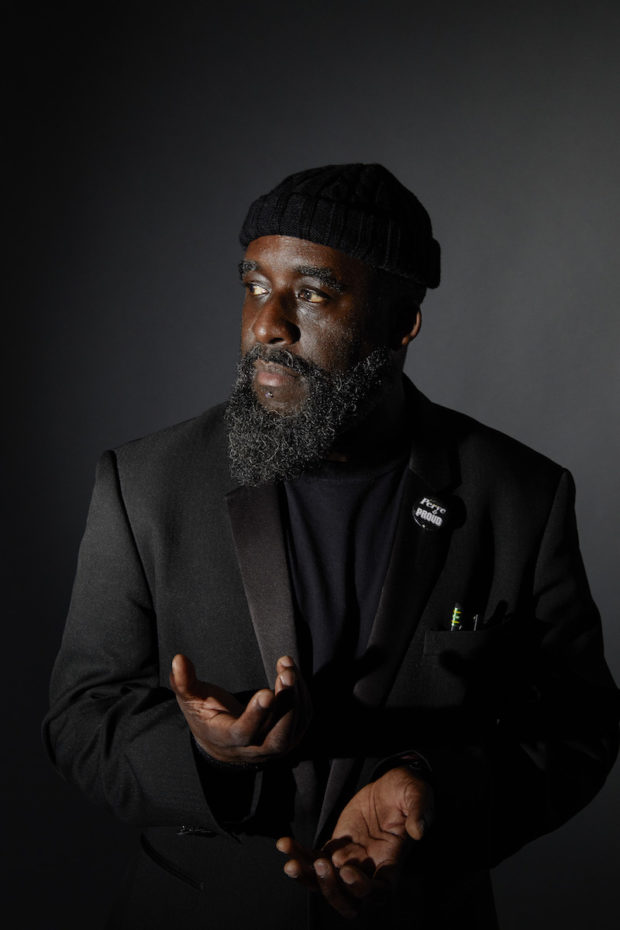 All images: © Lola Flash, Courtesy of the artist.