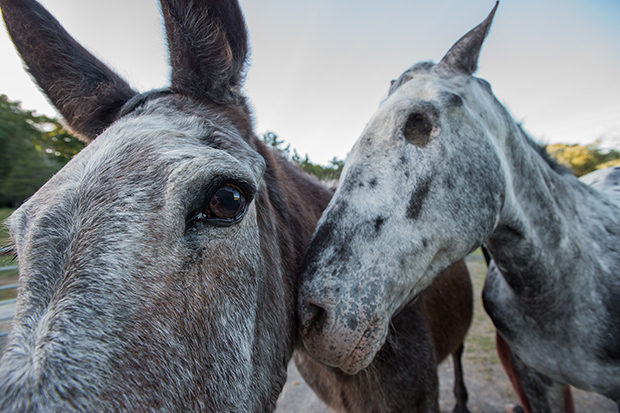 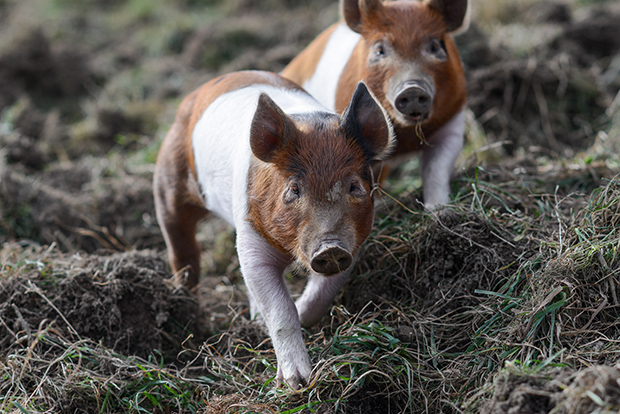 In the summer of 2012, a heavily pregnant pig at a factory farm was beaten with an electric prod and a metal pole because she wouldn’t move from her crate. The sow screamed through the ordeal. When it was caught on audio tape, the SPCA and Farm Sanctuary’s Emergency Rescue Team were able to remove her from the farm. When the pig finally entered the safety of the rescue trailer, she collapsed in exhaustion and was immediately brought to a veterinarian at Cornell. This was the start of her new life.

This pig is now named Julia, and she is a permanent resident at Farm Sanctuary in Watkins Glen, New York. She had her babies— sixteen of them!— and two still live with her. Because she is afraid of the bigger pigs in the sanctuary, the three of them have a special spot all to themselves, where they can play and romp in the straw and mud puddles. At night, Julia sleeps touching her babies, who have since grown up.

Photojournalist Jo-Anne McArthur has spent fifteen years documenting animals who are at the mercy of humans. The majority of them spend their short lives in physical and emotional pain, and most of them will die without ever having known joy.

“Farm Sanctuary is my second home,” McArthur writes in her book We Animals, “It’s where I got my footing as an animal activist, and it’s where I go to recover from the cruelty I witness.”

The photographer has spent time in sanctuaries around the world, documenting the rehabilitation of abused animals. Here, McArthur has seen the power of empathy, and she’s also seen close bonds form between animals, including a pair of rescued disabled goats named Zoop and Juniper, two of the heroes of her book.

“When Zoop passed away,” the photographer writes, “Juniper missed her friend so much that she spent months holding vigil at the barn doors, waiting for Zoop’s return.”

Most of all, the rescued animals seem to have forgiven humankind for what happened to them before they arrived at the sanctuary. The goats jump and play with people; the pigs roll over for belly rubs.

When she visits Farm Sanctuary now, McArthur always makes sure to say hello to Julia, who is always friendly and grateful for the company. “She always comes over to say hello back to me,” the photographer says, “And that’s really special.”

Please consider making a donation to Farm Sanctuary so that they can continue to rescue animals like Julia. You can find other ways to get involved here.

Hundreds of pictures from the We Animals Archive are available for free to charitable and educational organizations. The project relies on donations from the public. Make a one-time donation here, and if you’re interested in contributing monthly, you can do so here. 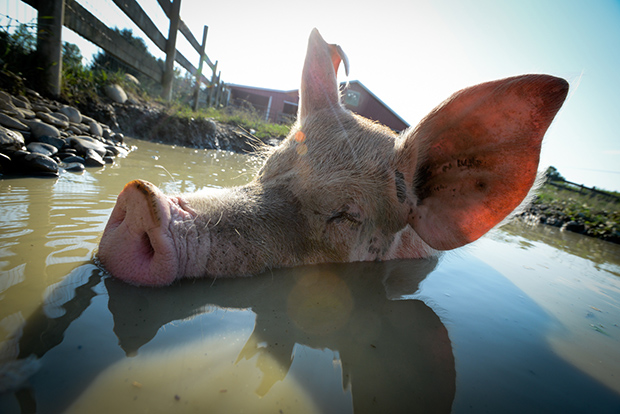 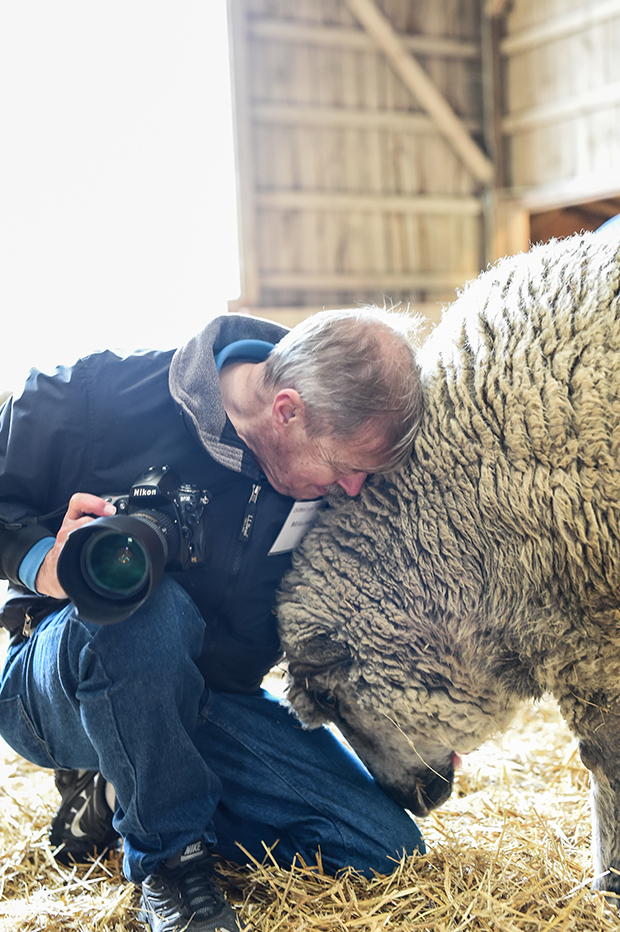 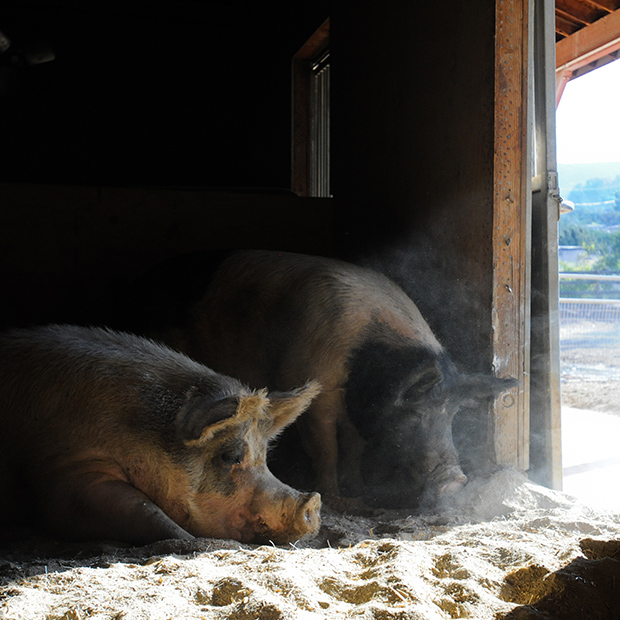 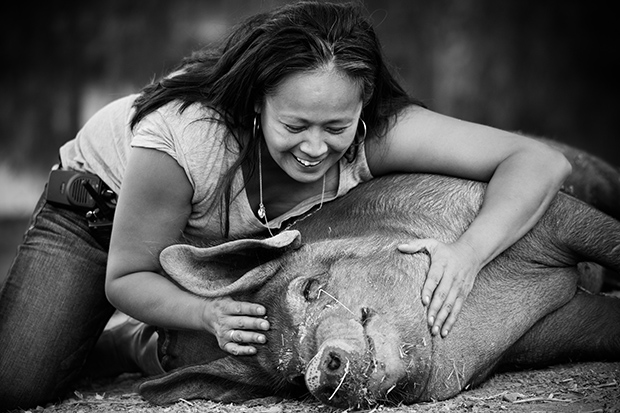 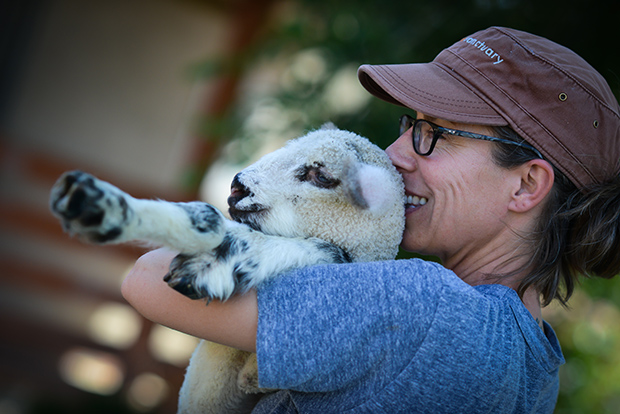 Bear, the lamb, with Alexandra Caswell © Jo-Anne McArthur / We Animals 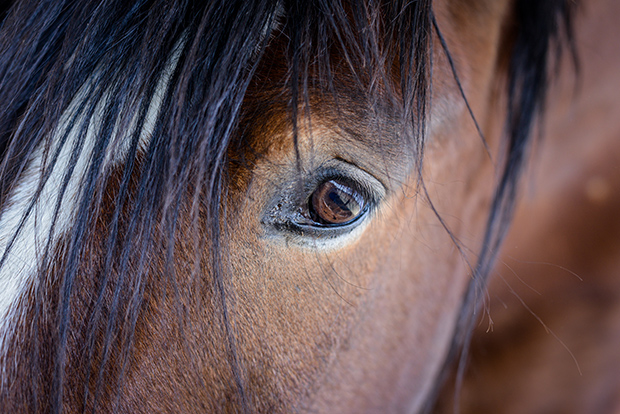 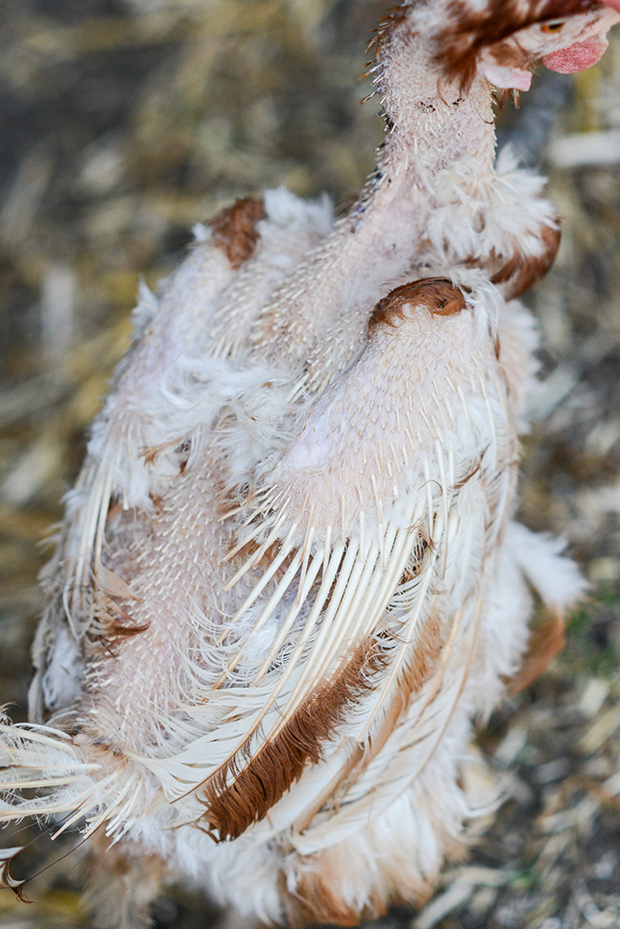 A severely defeathered hen who has just been rescued from a factory farm and is recovering at a small sanctuary in Australia. © Jo-Anne McArthur / We Animals 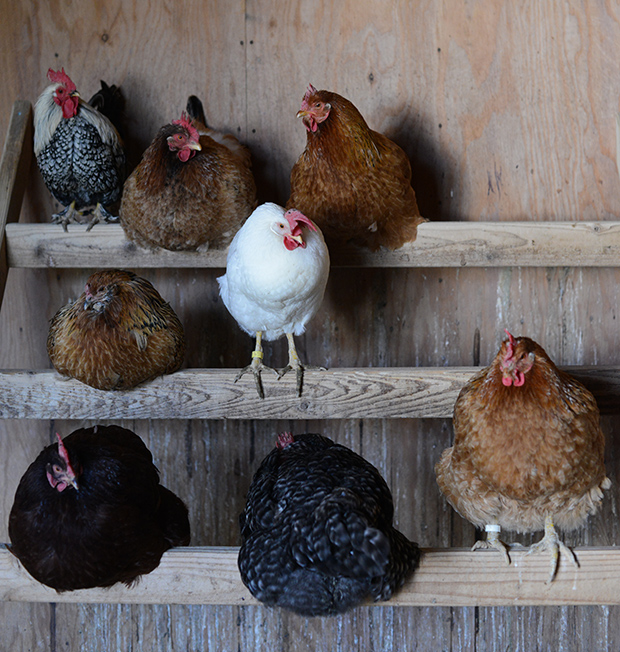 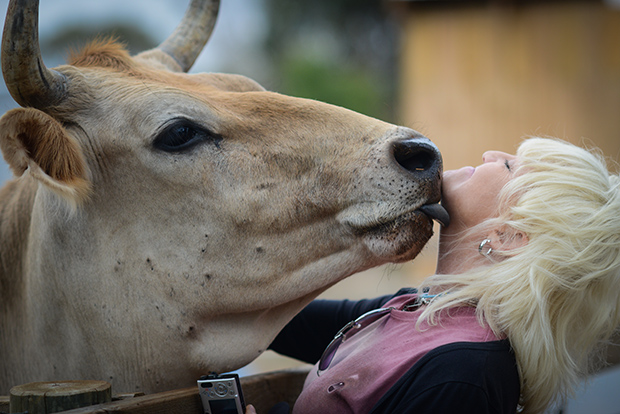