A Look Behind-the-Scenes in an Animal Rescue Mission 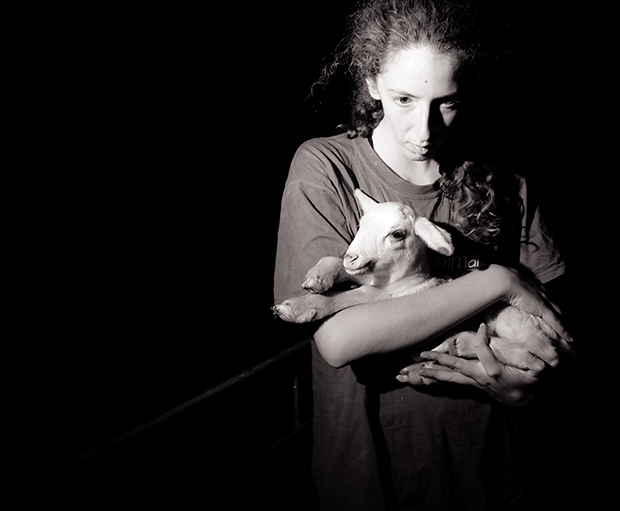 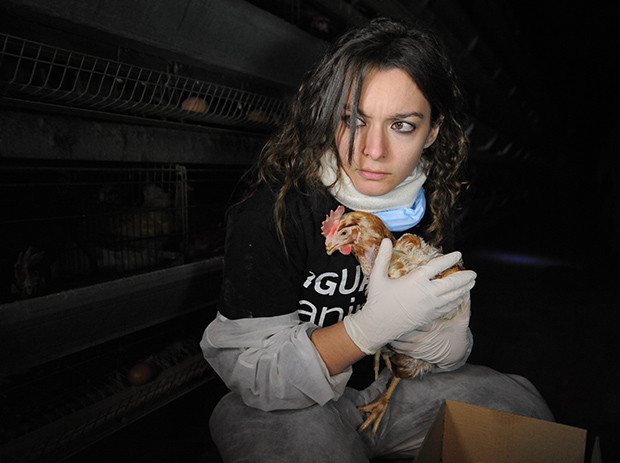 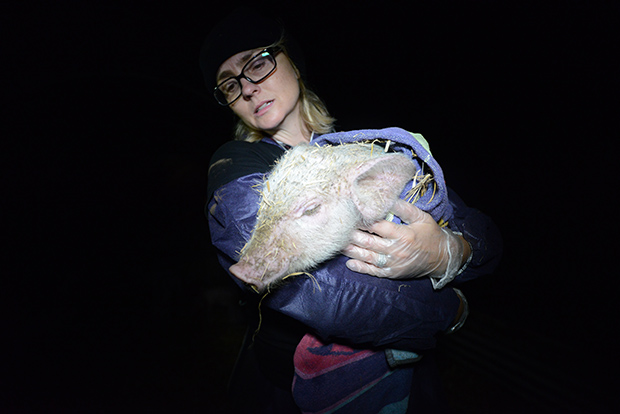 In 2013, photojournalist Jo-Anne McArthur accompanied activists from Animal Liberation Victoria as they entered a pig farm in the dead of night. Inside the farm’s “sick bay,” they found about thirty ill and injured animals. Some had a green “X” spray-painted on their backs, meaning they were too ill to be of use to the farm and would be killed soon. That night, the activists picked out three of the doomed piglets and carried them out into the open air.

McArthur has documented several “open rescues” carried out by organizations around the world, including ALV in Australia and Igualdad Animal (Animal Equality) in Spain.

Open rescues are not legal. The animals are considered the property of the farmer, and these missions, though life-saving, legally fall under the category of theft. While the job can be risky, open rescuers make no attempt to hide their identities or their motivations.

Though they usually work in darkness, the actions of open rescuers are meant to be seen in the light of day. In a factory farm, rescuers might find 200,000 hens, but they can’t save them all. An open rescuer documents the conditions of the farm, finds the weakest and sickest animals, and brings a select few individuals to safety.

McArthur’s pictures of open rescues are meant to be shared. Egg-laying hens lead brief lives of about eighteen months, cramped together in tiny wire cages. Due to the stress of confinement, they sometimes self-mutilate and injure one another.

The photographer has seen hens without any feathers left, and she’s also seen dead birds left to decompose inside the cage with others who are still living. In order to avoid the pain of the wire flooring, some hens must stand on top of the carcass of a deceased bird.

In doing this kind of work, the photographer has been surprised over and again by the resilience of animals. It’s common for birds to pant when they are afraid; pigs squeal and run away. But the fear fades quickly.

“With time, they will come over and say hello,” McArthur tells us. The animals seem to recognize the good-will and gentleness of their rescuers. “You see them change from someone who is scared to someone who is tentatively trusting,” she says.

Open rescue not only raises awareness about the suffering of farmed animals, but it also educates the public about the rehabilitation of abused animals. Once an animal is saved, he or she will receive vet care and be moved into a sanctuary, where they will have space to roam.

McArthur has photographed animals who have never seen sunlight or touched grass until they set foot inside a sanctuary. She’s seen their personalities emerge and shine; she’s watched them learn how to be animals again. “Saying hello to a pig is quite extraordinary,” she admits, “You make the grunting sounds they make, and they just grunt back at you, louder and louder and louder.”

As for the three piglets Animal Liberation Victoria rescued back in 2013, one of them was too sick to be saved and sadly passed away. The other two survived and were delivered into the hands of compassionate humans. They now lead a happy life, one their mother would never know.

This post is the sixth in a series of seven stories we will be publishing about photojournalist Jo-Anne McArthur and the We Animals Archive. You can read the first four here, here, here, here, and here.

Hundreds of pictures from the We Animals Archive are available for free to charitable and educational organizations. The project relies on donations from the public. Make a one-time donation here, and if you’re interested in contributing monthly, you can do so here. Find the book We Animals here, and find McArthur’s new book, Captive, here. 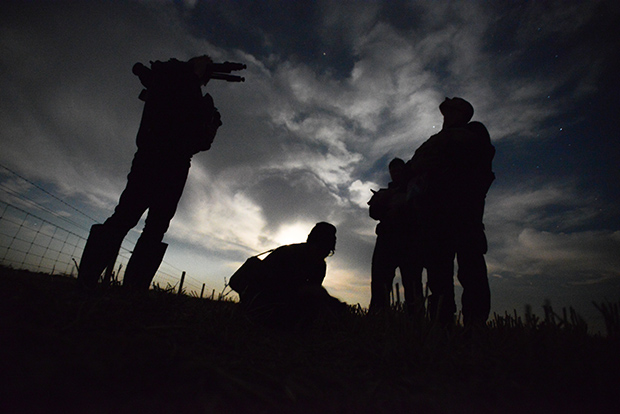 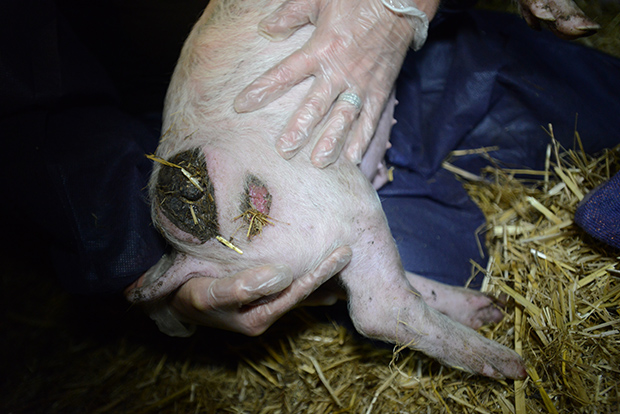 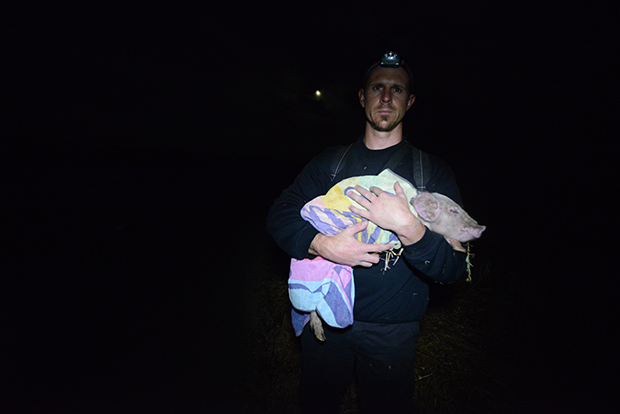 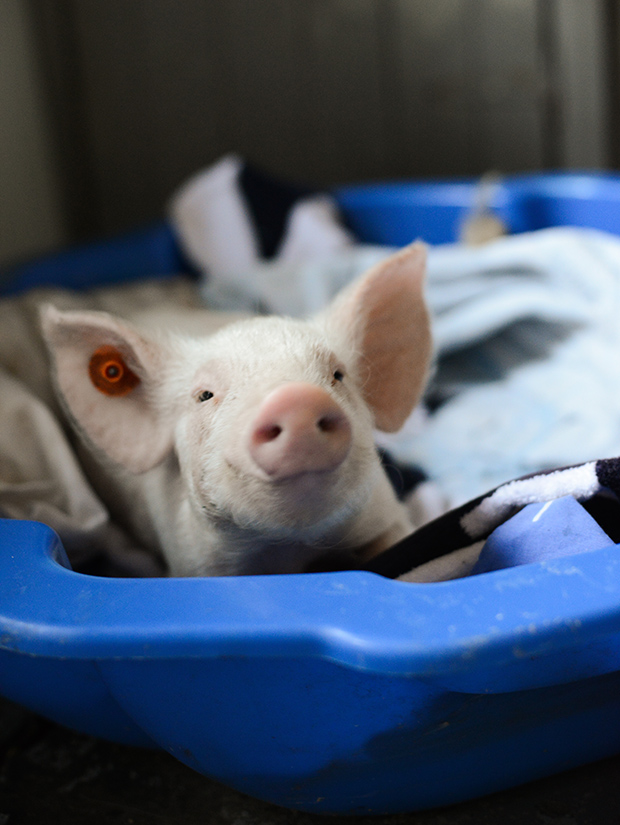 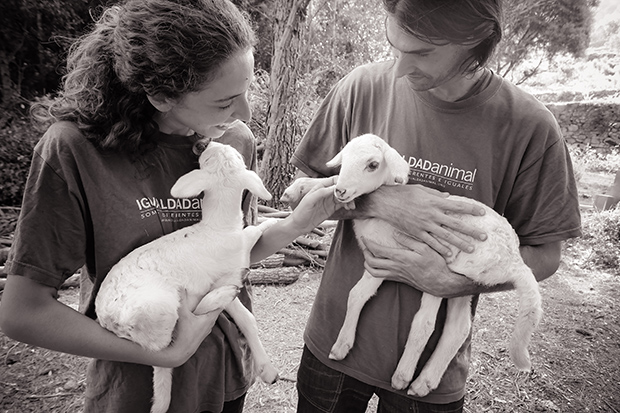 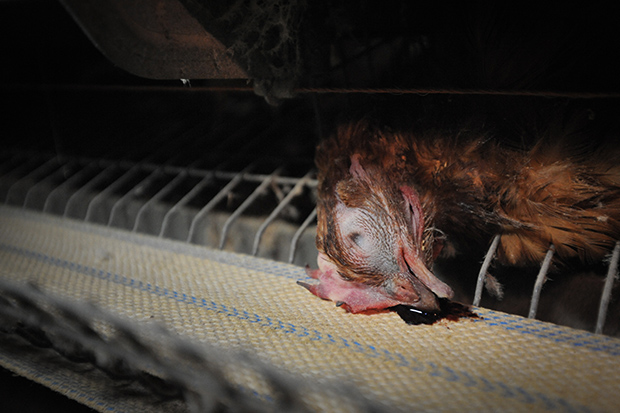 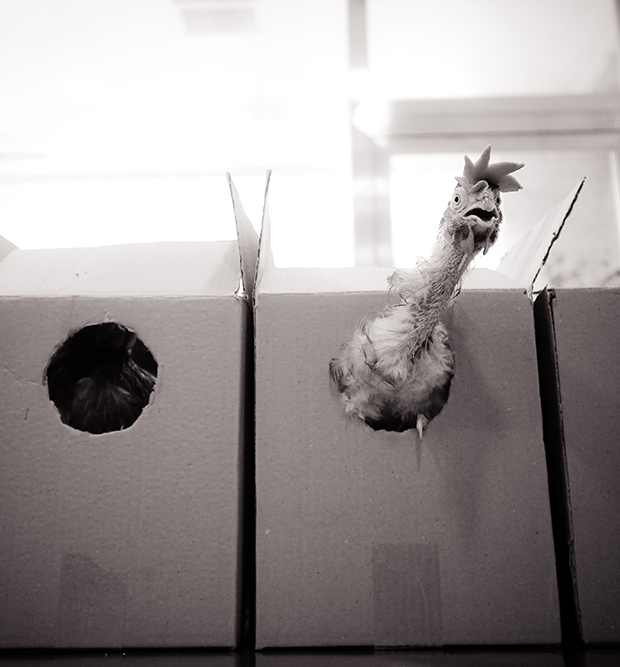 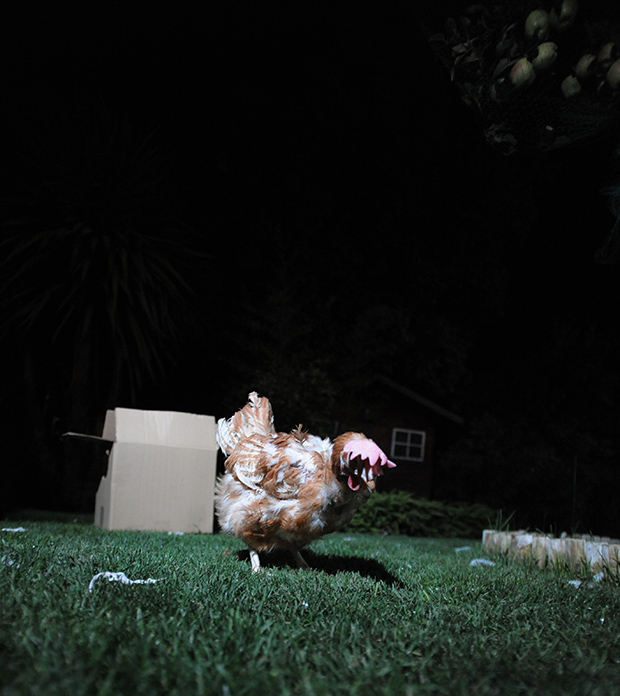 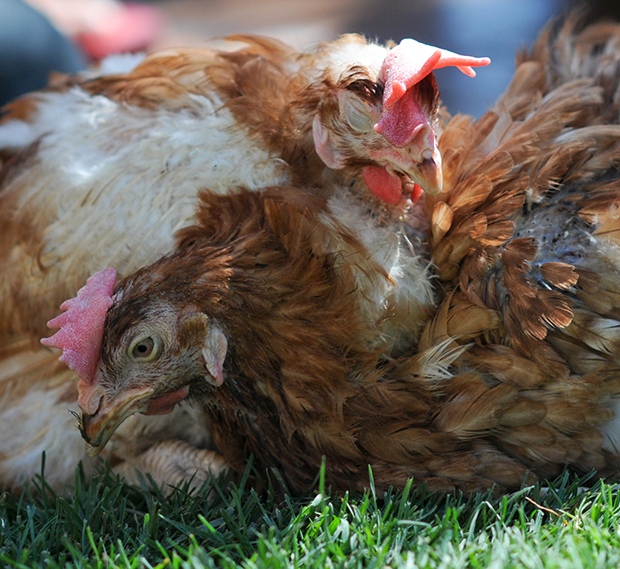