The Suffering of Animals Farmed for Fur, in Photos 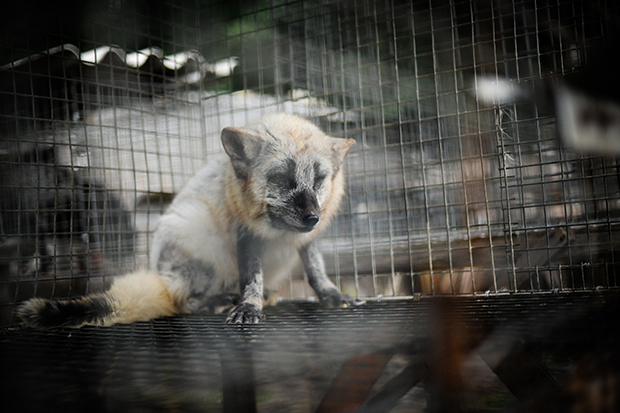 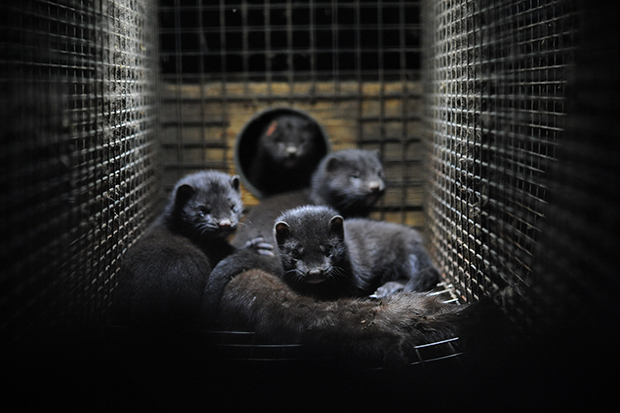 Photojournalist Jo-Anne McArthur usually smells a fur farm before she sees it. Her eyes water; her nose runs. It’s not just the smell of run-off from the feces; as she puts it, “Animals will emit specific scents when they’re afraid.”

McArthur has visited multiple fur farms throughout the world. In some cases, she’s venturing onto the property at night, without permission, but she was also at the scene with the Montreal SPCA when they seized foxes and minks as part of an animal-cruelty case. Some of the animals she’s photographed in the farms were rescued; most were not.

In the photographer’s experience, fur farms are often located close to where the animals would live in the wild; they can see and sense the forest, even as they sit in tiny cages. It’s a particularly cruel detail, and it’s one she wrote about in her book We Animals.

Because of their confinement, animals kept in fur farms exhibit obsessive-compulsive behaviors. In addition to cannibalizing one another, minks in these conditions will self-mutilate. They are meant to swim, explore, nest, and live in solitude, and when they are forced together in small spaces, many will lose ears, scalps, and scruffs, all of which are not used in the fur pelt that’s later sold to humans. Foxes in fur farms are usually afraid of people, and they gnaw on their cages in response to the stress.

When asked if there’s any particular animal who’s stuck with her throughout the years, the photojournalist remembers one sick fox from five years ago. He was too ill and too weak to stand, but when she approached, she could see his fear. “He continued to bark,” she tells me. “A low mumble of a bark was all he could muster. His bravery was just so heartbreaking in this situation.”

Fur farms, McArthur says, are generally quiet places, so the only sounds are the padding of animal feet. Both minks and foxes take to pacing as a way of coping with life in a cage. They bob their heads or sway to and fro. When a mother mink is afraid for and defending her kits, she screams.

Some of the foxes saved by the Montreal SPCA were sent to sanctuaries and got to experience joy for the first time in their lives. Some had to be humanely euthanized due to illness, injury, and starvation. As for the minks, they had to be left behind, but one who was in terrible pain was euthanized.

The sick, brave fox McArthur met was not one of the lucky ones. She thinks he might still be at the farm today. If he’s passed away by now, that would be a mercy. In her first book We Animals, the photographer includes handwritten notes from her travels. “Leaving is the hardest thing,” she writes in one margin, “Leaving is the reason I am haunted.”

This post is the second in a series of seven stories we will be publishing about photojournalist Jo-Anne McArthur and the We Animals Archive. Read the first one on pig farming here.

Hundreds of pictures from the We Animals Archive are available for free to charitable and educational organizations. The project relies on donations from the public. Make a one-time donation here, and if you’re interested in contributing monthly, you can do so here. Find the book We Animals here, and find McArthur’s new book, Captive, here. 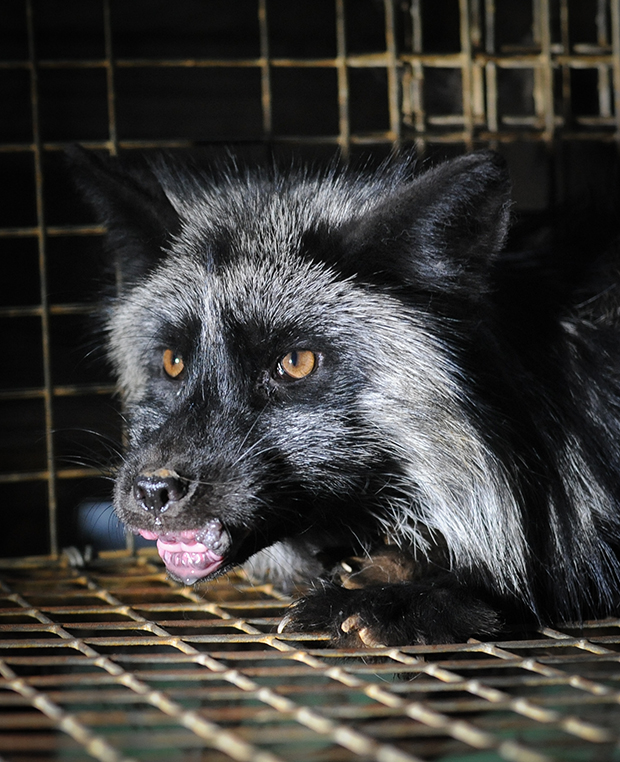 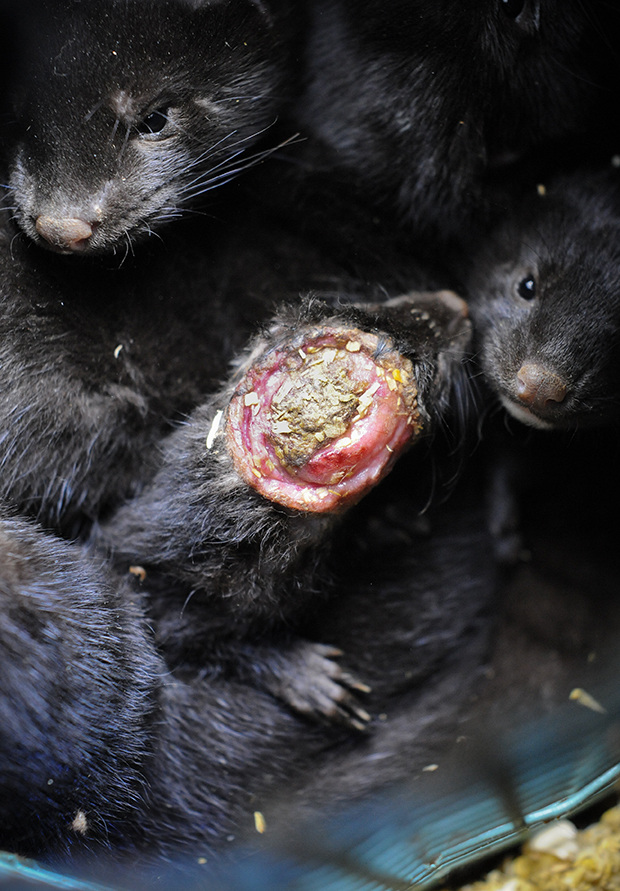 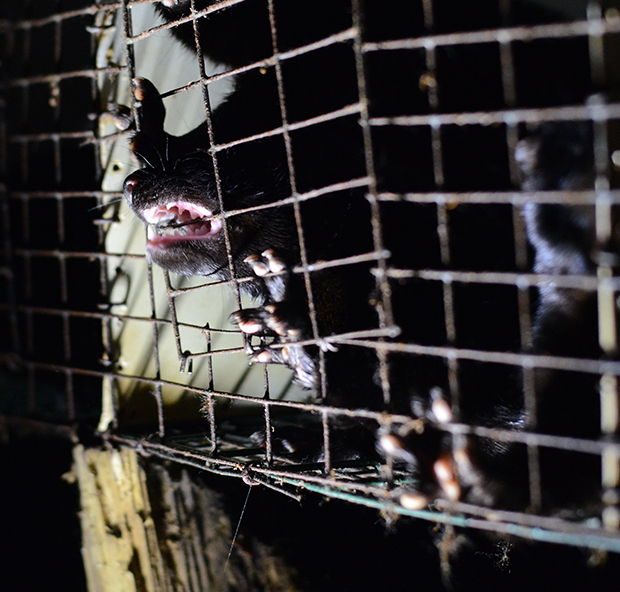 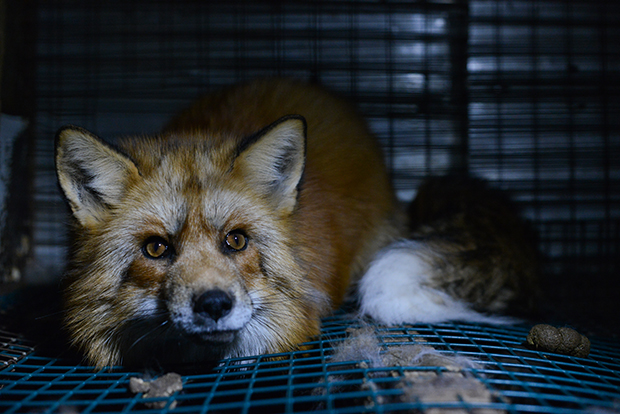 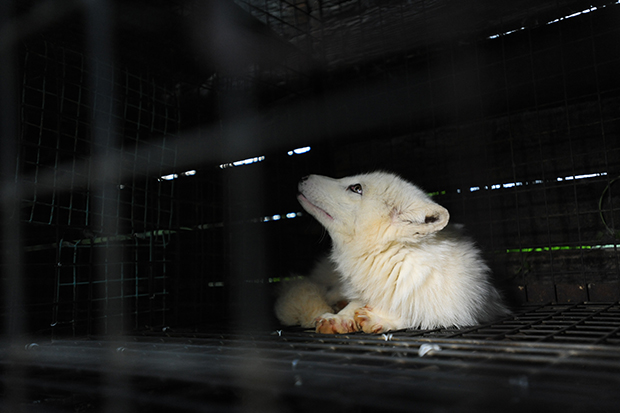 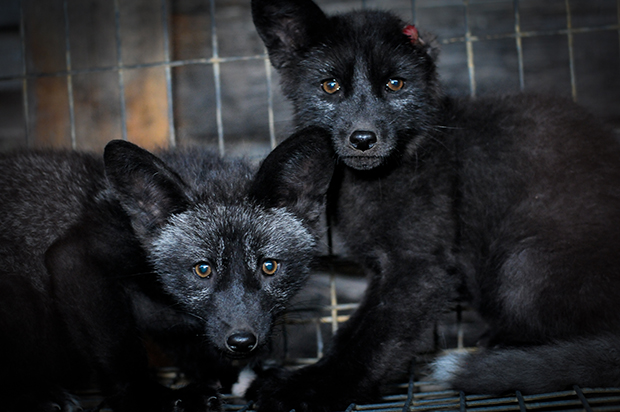 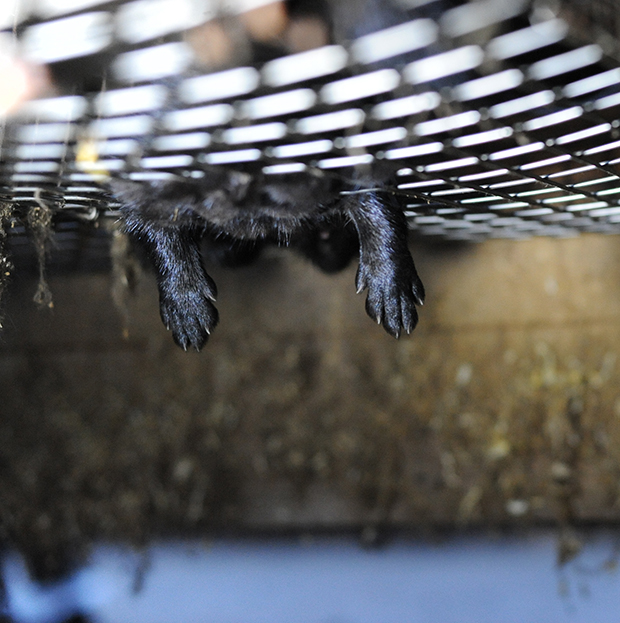 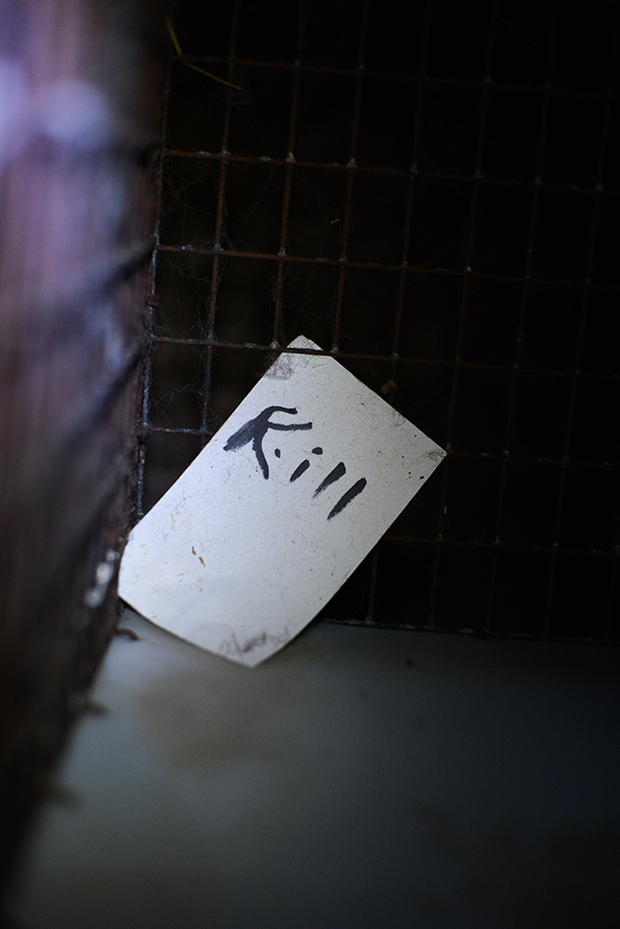 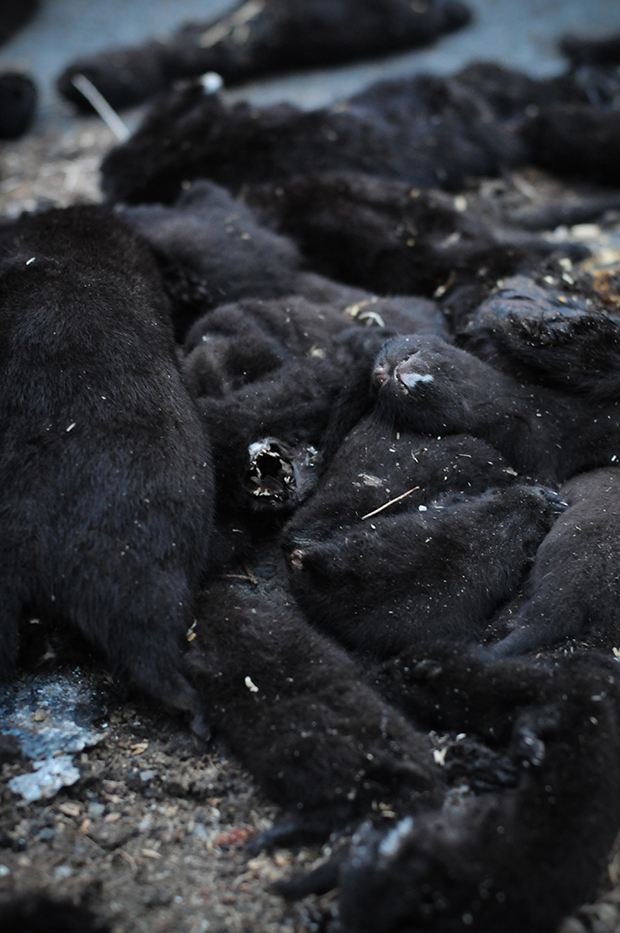