Wistful Photos of the Wildwood Motels on the Off-Season 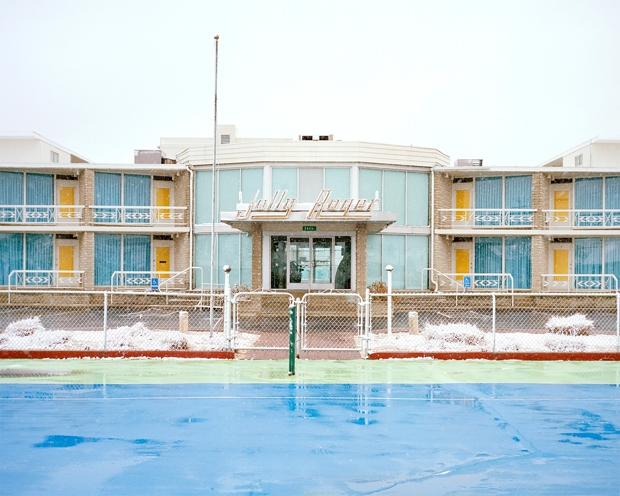 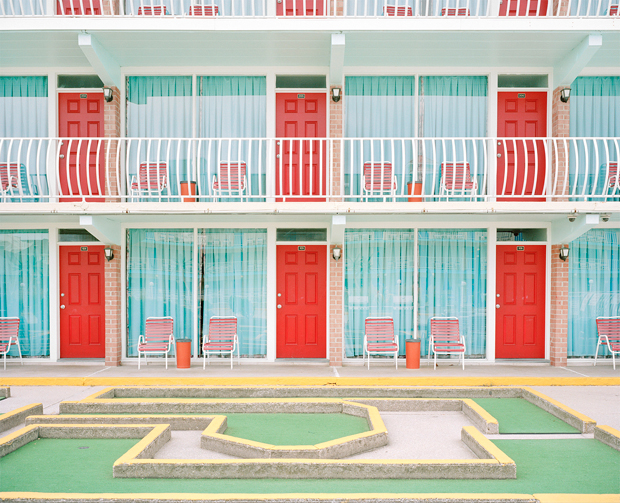 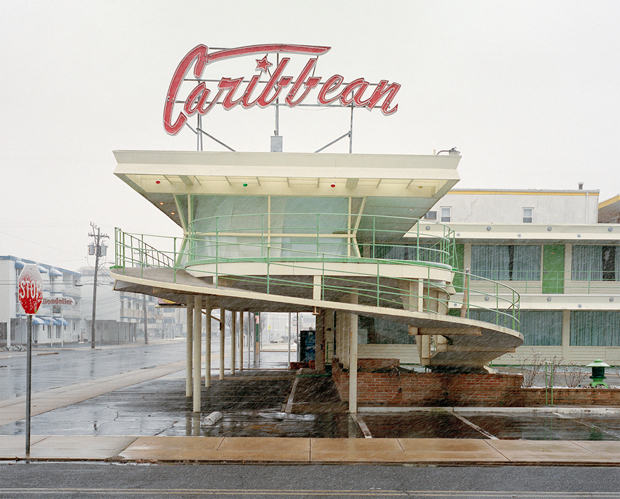 Photographer Tyler Haughey compares visiting the motels of Wildwood, New Jersey on the off-season to wandering onto a film set after the cast and crew has departed. For nine months of the year, the lights are switched off, the windows are shuttered, and the doors are locked.

The now-iconic doo-wop motels of Wildwood, North Wildwood, and Wildwood Crest popped up along the New Jersey coast in the mid-20th century, when post-war American families could hop in their cars and escape to someplace magical.

In the 1950s and 1960s, more than 300 family-run motels were erected in the area, most with a classic and inexpensive blueprint consisting of a U or L-shaped building centered around a swimming pool.

Many motels promised color televisions, and each one was unique in its decor. Some were meant to reflect the experience of glamorous Caribbean destinations, complete with plastic palm trees; others took inspiration from the Space Age and transported visitors into the future.

Haughey himself grew up on the Jersey Shore; he remembers the annual cycle of tourists who came to see the beach in the summer and left once more in the fall. Still, he didn’t encounter The Wildwoods himself until he was an adult, passing through by car on a chilly February day.

Ebb Tide is the artist’s ode to the motels after everyone else has left them behind for the year. While their former inhabitants are busy with the hum and drum of their daily lives, the buildings themselves still exist somehow in the world of fantasies and dreams. There are no people here, but perhaps as the snow falls outside, we can imagine still the pitter-patter of little feet rushing to the pool.

Since the 1980s, motels around the country have given way to chain hotels and high-rise apartments. With the turn of the 21st century, about 50 Wildwood motels were razed to the ground. These days, only half of the original buildings remain.

Many hours of research inform Haughey’s photographs of this tiny stretch of American history. Despite it all, he doesn’t lament the losses the place has suffered in recent years; instead, he holds fast to what remains. These motels have survived fifty bitter winters; surely they can make it through one more. 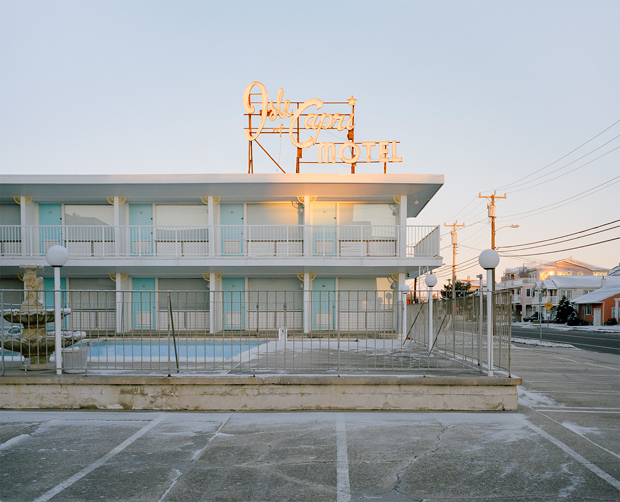 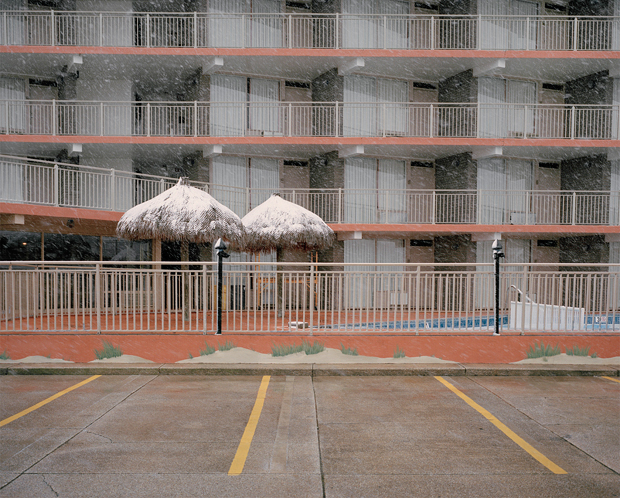 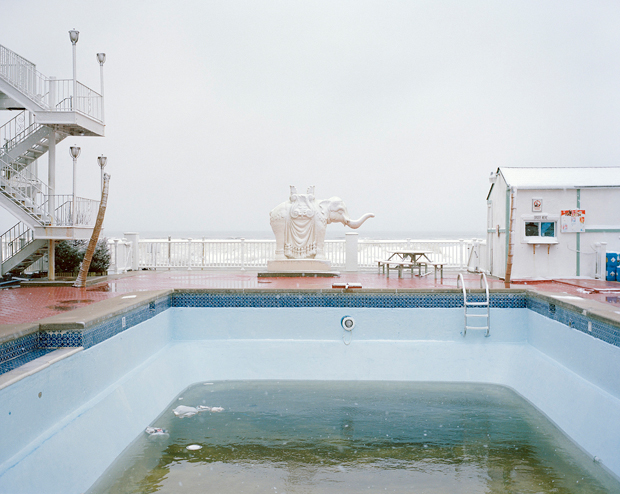 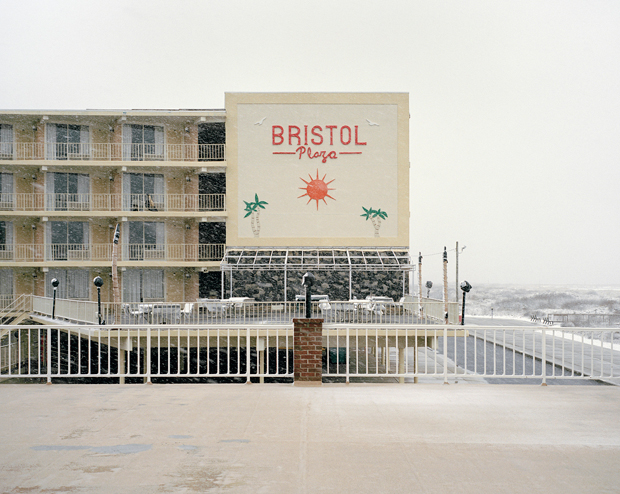 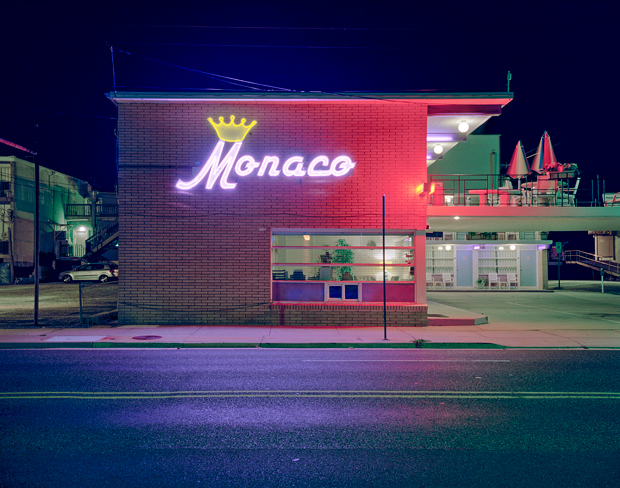 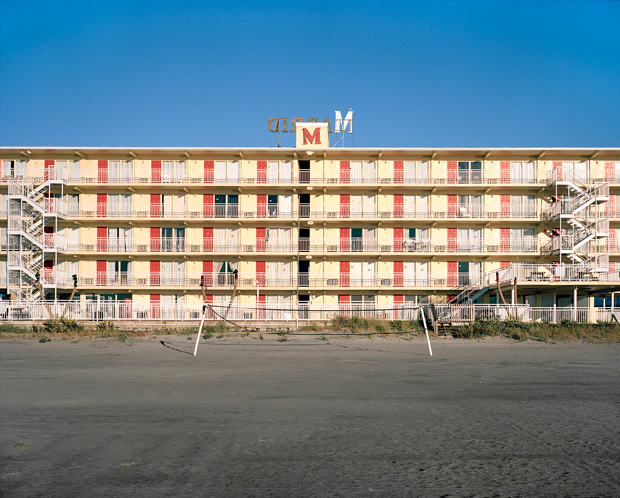