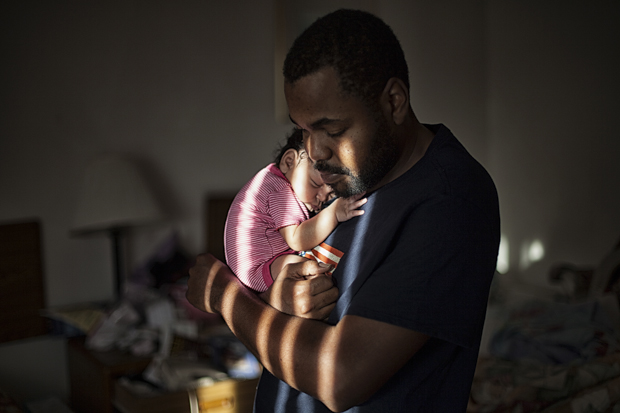 Tyrone Washington holds his 3-month-old daughter Ritcheousness in the motel room that he shared with his family in Orlando. 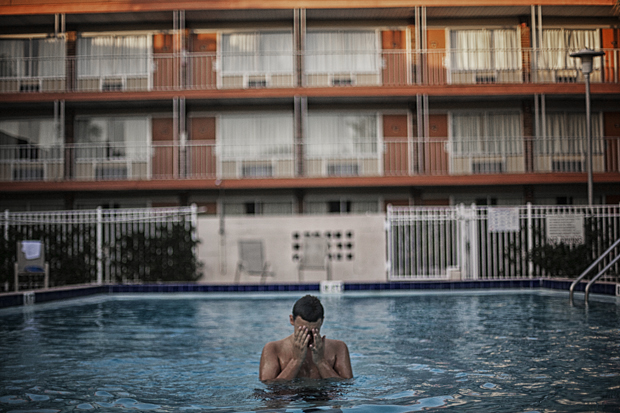 John Cruz takes a swim in the pool at the Remington motel where his family is temporarily staying. They were evicted from their apartment when their car broke down and they were unable to get to work. 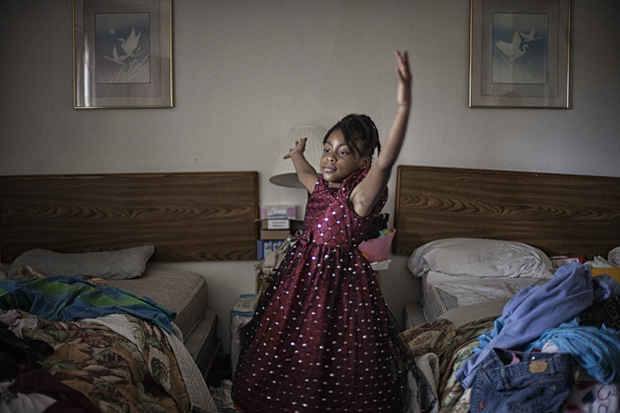 Preziyana Presy, 8, who cannot afford dance lessons, dances ballet in the motel room she shares with her four brothers and sisters, mother and father in Northern Orlando.

Last year, Rome-based photographers Nadia Shira Cohen and Paulo Siqueira, along with their young child Rafa, moved for a period of two weeks into a room at the Remington Inn near Orlando to tell the stories of some of the five hundred families living out of Florida motels, sometimes moving between rentals and the adjacent woods or homeless shelters.

When photographers were first alerted to the struggles facing motel residents, they were stuck by the painful paradox of the fact that many were living just miles away from Disney World, a fantasyland of joy and prosperity. Homelessness, they report, had gone up 12% during the year of their visit, making it impossible to purchase or rent homes long-term. Although it ultimately cost more, families found that their only choice was to live day by day, shelling out money for one night or one week’s lodging at a time.

For people like the Cruz and Washington families, with whom Cohen and Siqueira forged friendships, personal tragedies along with the subprime mortgage crisis had forced them into their current situations. The Washington father, Tyrone, had been robbed of his ability to work after requiring brain surgery for injuries sustained in an automobile accident. No one, says Cohen, was able to offer shelter for himself, his wife, and their four children. Mother and father of three, Janet and Juan Cruz, had both been employed at Disney World years earlier; Juan had since fallen ill with diabetes, and the toll the disease had taken on his body and his family was visible during the photographers’ brief stay.

At the Remington Inn, Cohen and Siqueira found uncertainty and even grief, but they also found what they call “tons of happiness.” The children they found to be particularly strong; they had hobbies and dreams. They arrived around the holiday season, and birthday parties and impromptu sports games erupted throughout the inn. One adolescent girl enjoyed participating in cosplay; many enjoyed swimming in the pool. Non-profits like Families in Transition, the organization that had first connected the photographers to the Remington Inn, brought games and fun activities. Most of the pressure they felt, suggests Cohen, resulted from seeing their parents distressed, but throughout, the adults were devoted to their children, and together, they found ways to be joyful.

The area surrounding the motel can be dangerous; a few days before their arrival, the photographers learned that there had been a shootout nearby. Some of the older kids understand that there might be something different waiting for them on the other side; one young man, Jake Cruz, confided in Cohen that he would enlist in the army when he became a legal adult. “He didn’t want a future like his parents,” explains the photographer. These families survive as best they can until they move on to a home of their own; the school bus arrives each morning at the motel to bring the kids to school. 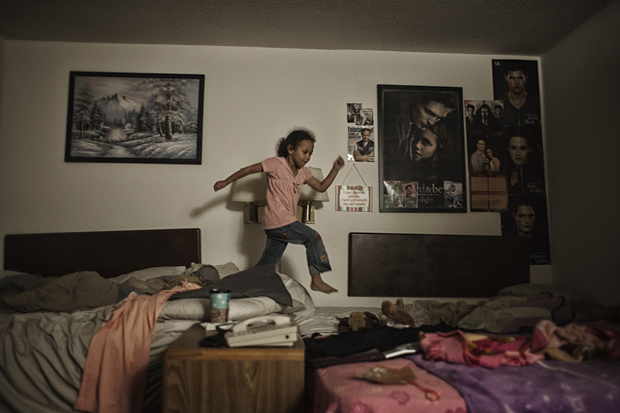 Gianna Soto, 4 jumps between beds in the motel room she shares with her single mother. 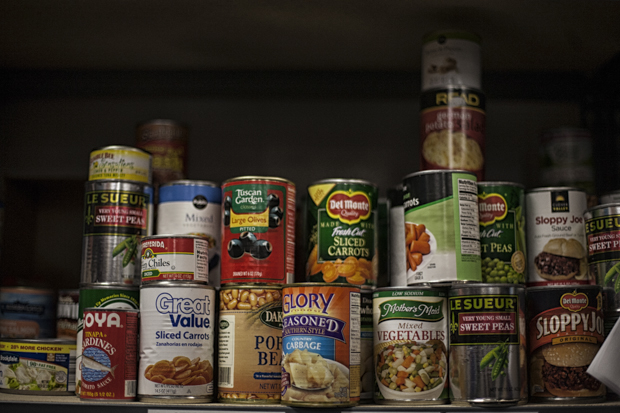 Soup cans line the shelves of Families in Transition, an organization funded by the department of education in Seminole County which helps families without a home get back on their feet and make sure their children stay in school throughout the process. 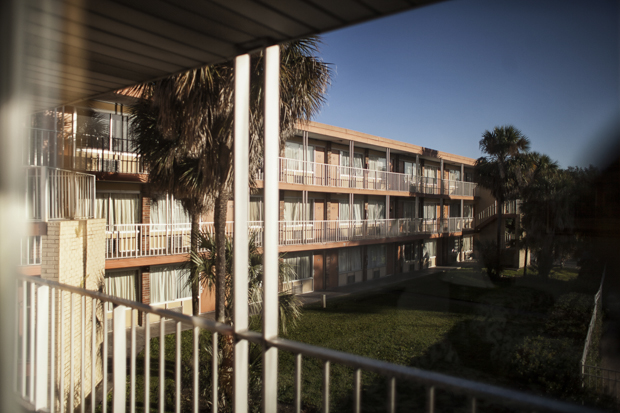 The Remington Inn in Northern Orlando off of Interstate 4. 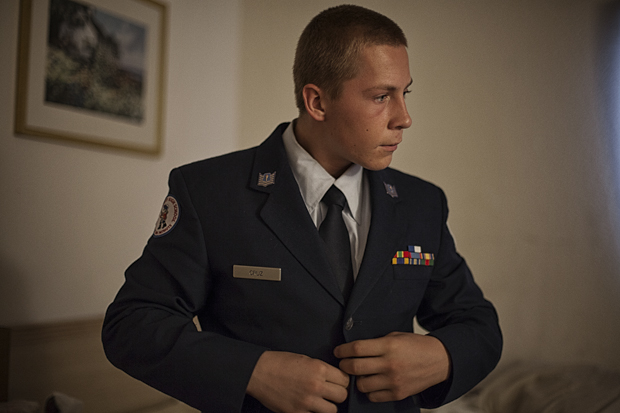 Jake Cruz dresses himself in his ROTC suit in a motel room at the Remington motel. 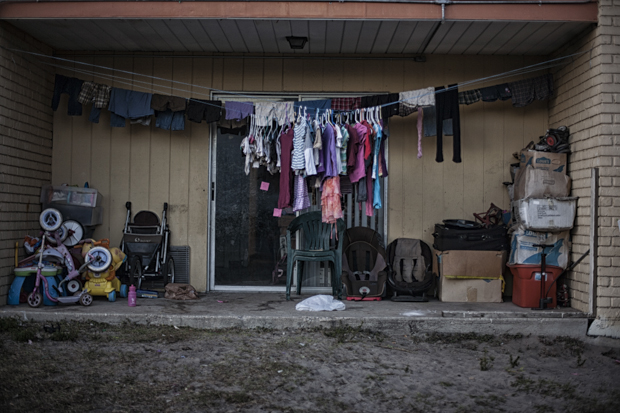 The exterior of a motel room at the Remington Inn 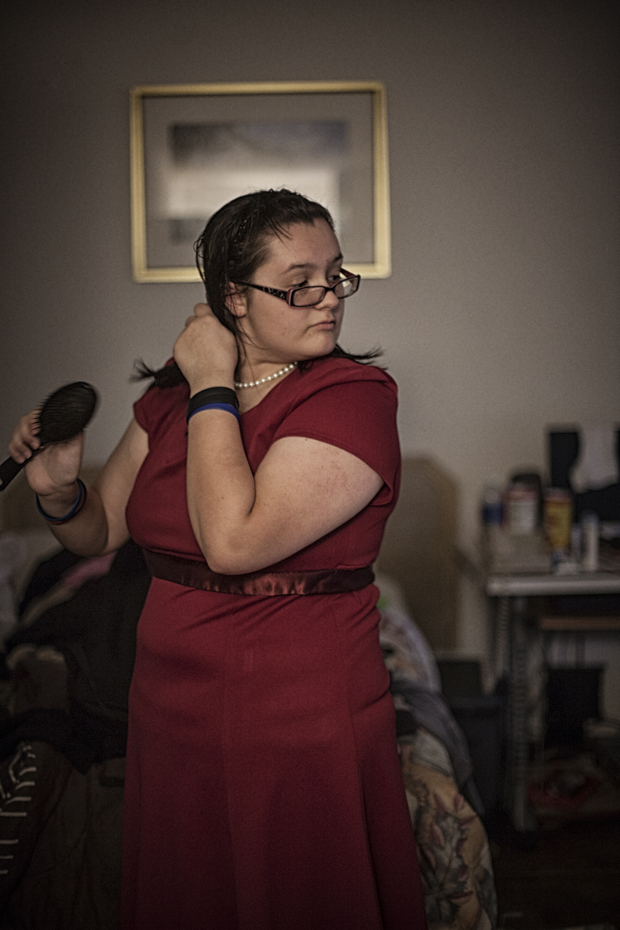 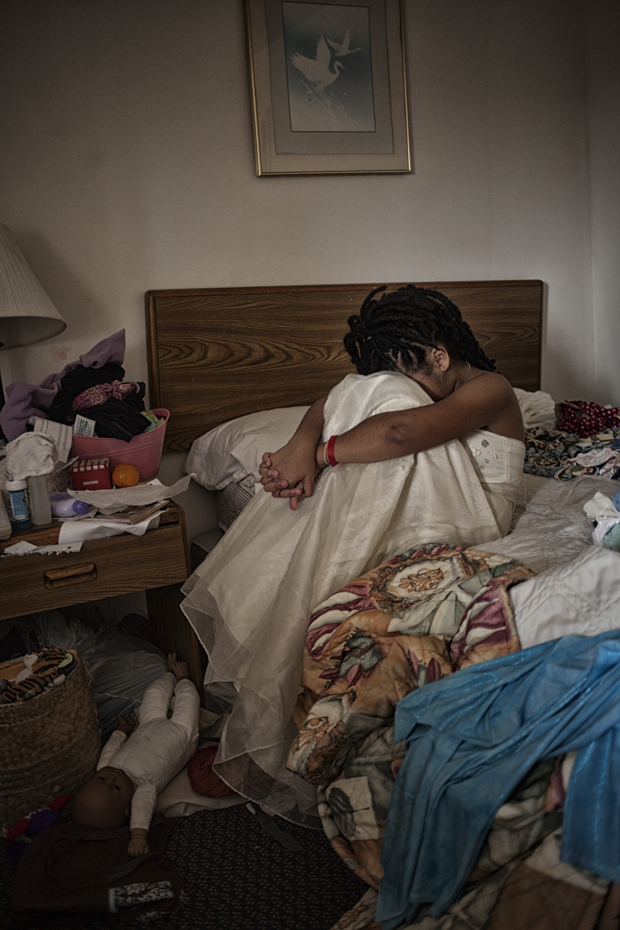 Heaven Gary, 10, on the bed that she shares with her 4 brothers and sisters in the hotel room where they are all staying with their mother and father in Northern Orlando 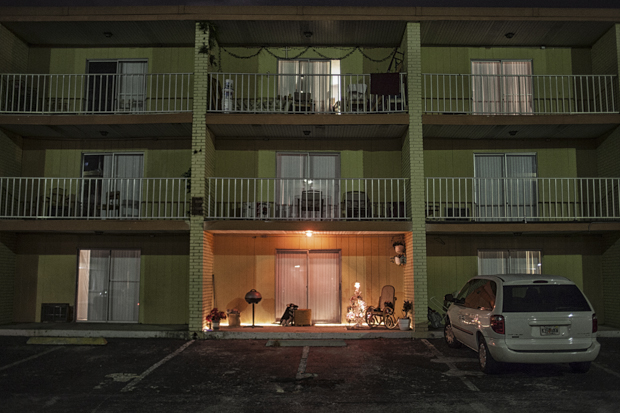 The exterior of the Remington Inn