The Children of the Remote Villages in the Thar Desert 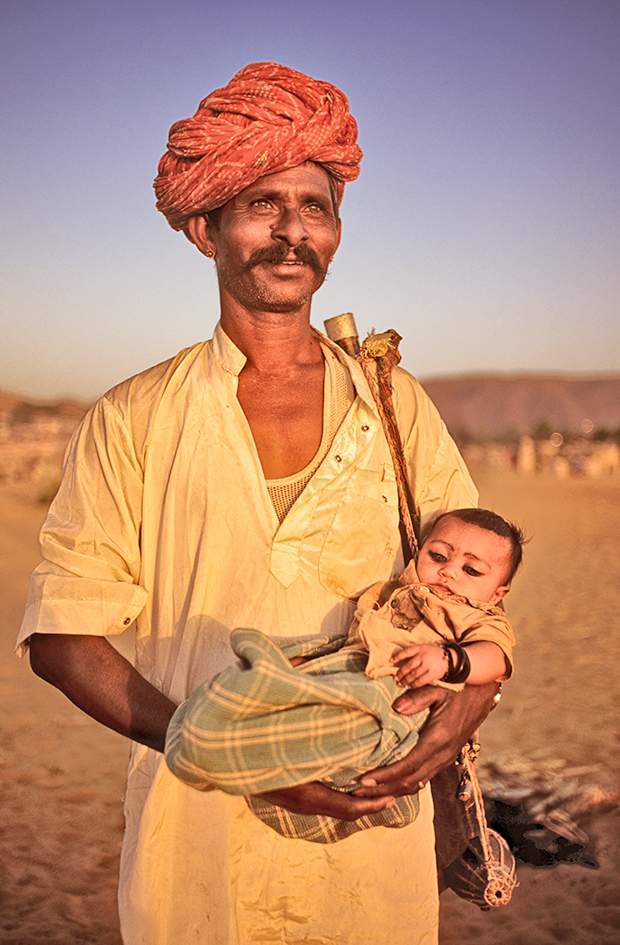 Chitter Bhopa holds his granddaughter at their camp in the Thar Desert during the Pushkar Fair. The Bhopa priest-singer communities are traditional story-tellers of the Pabuji Ki Phad in Rajasthan, India. The Pabuji Ki Phad epic is about the life of a 14th century hero called Pabuji and his adventures, traditionally told by the Bhopas in front of a Phad, a 30 foot-long painted tapestry with painted or sewn miniature scenes. Members of the Bhopa musical communities function as wandering minstrels, traveling from village to village carrying on the Pabuji Ki Phad tradition. © Robert Leon

“It’s too hot in the desert to rush around, so everyone moves slowly,” Vancouver photographer Robert Leon says of life in the Nimb Ki Dhani Village in Rajasthan, India, “It’s not laziness, there’s just no hurry.”

The photographer made his way to the villages and towns of the Thar Desert, traversing some 90 miles between Jaipur and Khuri. Throughout the journey, he stopped to visit and enjoy a cup of chai tea with a Sadhu at the Pushkar Fair, watched the camels as their outlines blurred beneath the dizzying sun, and saw women carry loads of water across vast distances from the well back to their homes.

Some of his most vivid memories from the Thar Desert are those involving the children. The landscape can be rough and unforgiving, especially in the villages where there’s no electricity or running water. The kids have responsibilities in caring for their homes and families; they fetch water and grind grain for food. The heat is harsh, and it dictates the rhythms of daily life.

Despite the difficulty of the region, Leon says, the children of the Thar Desert seemed to have full, happy lives. “At first glance the Thar Desert living conditions look very challenging,” he writes, “yet looking deeper, I see these children are very adept and comfortable in this environment. And within themselves.”

The children were approachable and open to being photographed. The semi-nomadic community fostered a deeply rooted set of values, and the children forged strong bonds and spent their free time playing with the animals in their charge. The remoteness of the villages offered a rare degree of safety and independence, and the photographer was moved to find few mobile phones and distractions.

Leon asked a local school teacher about crime, and he was told there wasn’t any. “He said there’s no crime because it’s a very small village where everyone is like family,” the photographer reports.

In Pushkar, the Sadhu he met at one point thrust his arms up into the air, laughing. He told the photographer he was sending his joy into the universe in hopes that it might return and shower down upon the people of the earth. Setting foot in the villages, perhaps Leon felt at least some of that joy reflected back at him. 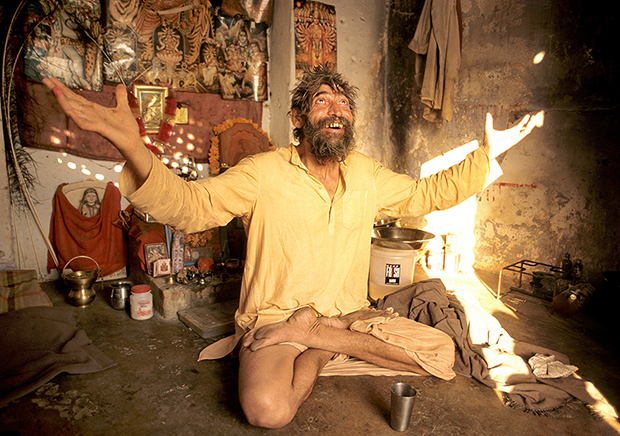 From inside his temple at the Pushkar Lake ghats during the Pushkar Fair, Sadhu Yogi Baba Ramaeshuranand sends “happiness up to the Universe so that it falls back down to Earth like a rain of happiness on people.” © Robert Leon 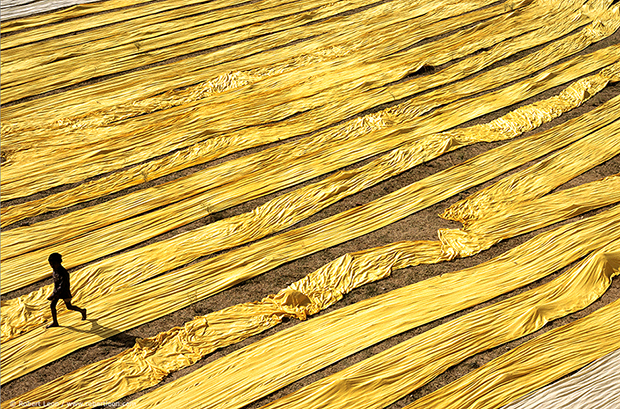 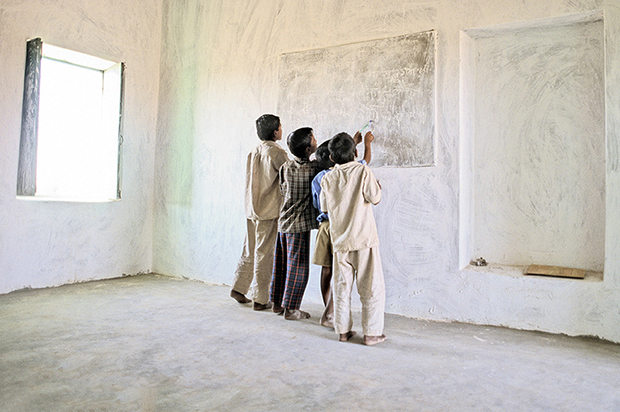 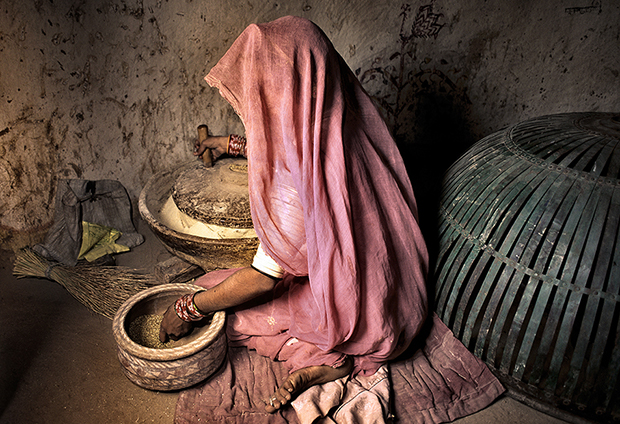 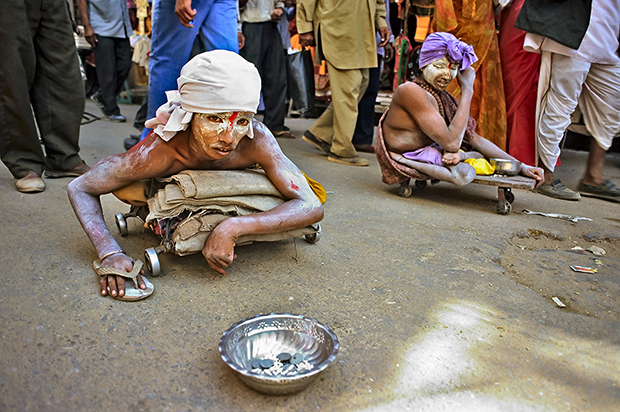 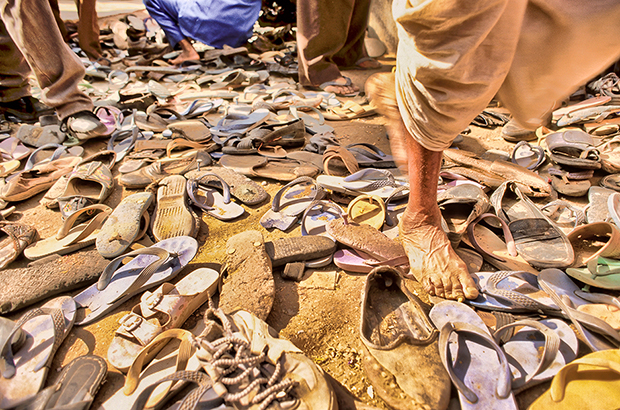 Rajasthani man stepping over sandals outside a temple during the Pushkar Fair in Pushkar, Rajasthan, India © Robert Leon 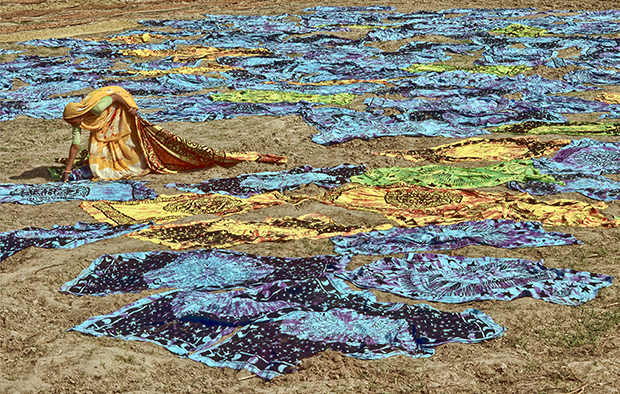