The Vast and Ghostly Landscape of ‘Britain’s Only Desert’ 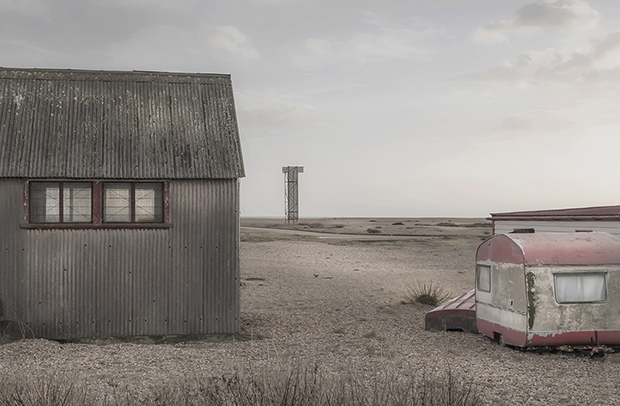 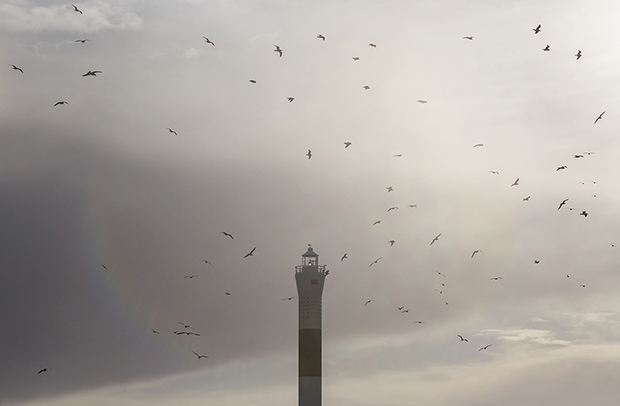 “I am struck by the emptiness, the exhaustion, the excess of weather and although a small number of people live and work on the Ness, I chose not to notice them. The area feels out of synch, self-contained and beyond conventions, all of which I find surprisingly liberating.” – Robert Walker

The Fifth Continent is Manchester-based photographer Robert Walker’s series of photographs exploring the bizarre landscape of Dungeness, which is located on the coast of Kent, South East England. This desolate 3-mile peninsula of land which stretches out into the English Channel, was classified “Britain’s only desert” by the Met office and is listed as a Site of Special Scientific Interest, home to a unique and heavily concentrated diversity of wildlife. In terms of our conventional images of deserts, Dungeness doesn’t exactly fit, yet a key attraction of the place is the sheer bleakness of its landscape – a vast, echoing flatness on which stands two nuclear power stations, and where the decrepit fishing huts and railway carriages converted into basic dwellings lie scattered across the beach. Every now and then, the air is disturbed by the ghostly whistles of the Romney, Hythe & Dymchurch Railway train drifting across the empty expanse.

Walker first came across Dungeness in 2011 after hearing that some contemporary buildings had been built there, which naturally sparked his interests because of his passion in architecture. Isolated from the outside world, Dungeness attracts artists and others looking to escape convention, including the arthouse filmmaker Derek Jarman who resided there until his death in 1994. The meaning behind the title of the project, Walker explains, is taken from a quote by Reverend Richard Barham, who once said: “The world according to the best geographers is divided into Europe, Africa, America, Asia, and Romney Marsh (the area surrounding Dungeness).”

If you cannot visit the place, the magic of Dungeness can be witnessed in Walker’s images. Dominated by an almost-monochrome palette, his photos seek to confront the startling bleakness of the landscape. Walker has succeeded in capturing the dynamic moods of the skies which churn overhead with occasional sun flares and flashes of colour. We see post-apocalyptic scenes: tsunami waves of mist, lost relics of fishing boats, horizons of pylons, and menacing little black huts – all seemingly abandoned and bearing little signs of life.

Revisiting four years on, Walker noticed many of the buildings had literally disappeared, or been destroyed by the unforgiving environment and unrelenting winds. This highlights the fact that while the unpredictability of the weather added to the excitement of each visit, these changes are also shaping the landscape continuously as it moves towards a future of uncertainty. 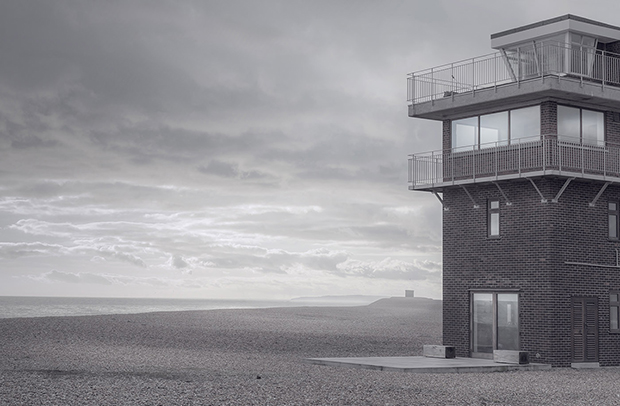 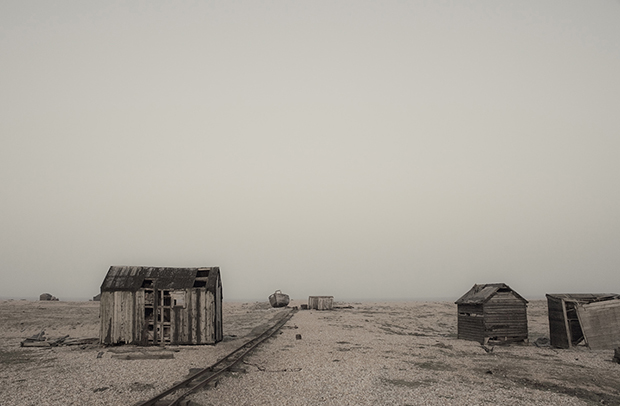 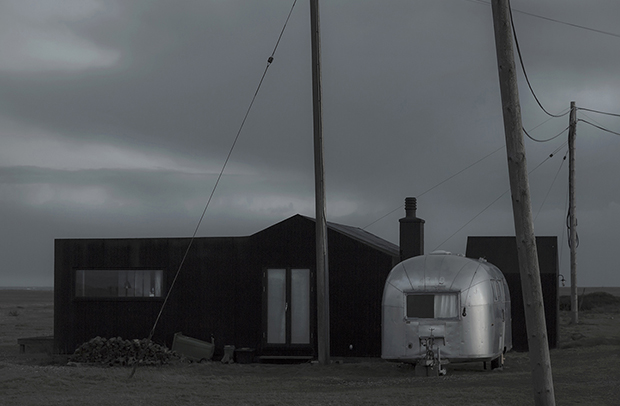 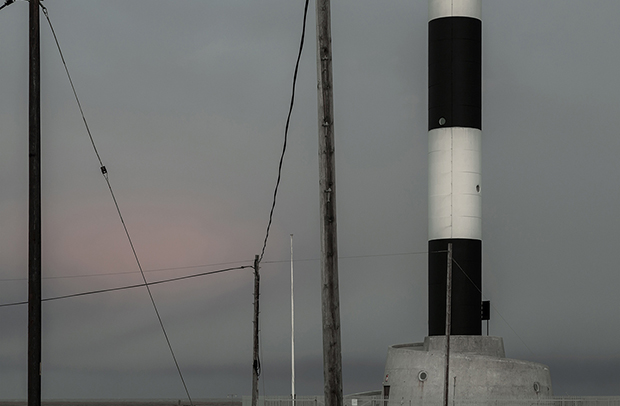 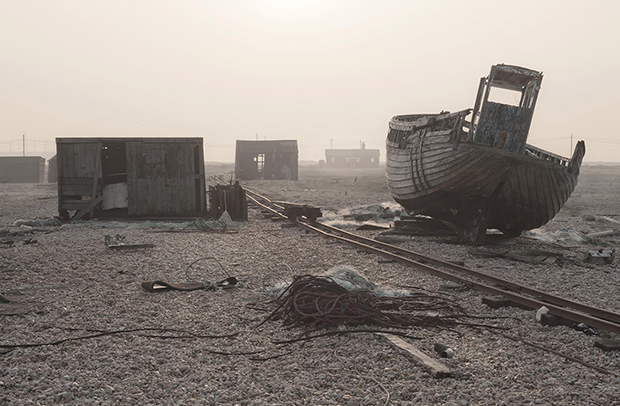 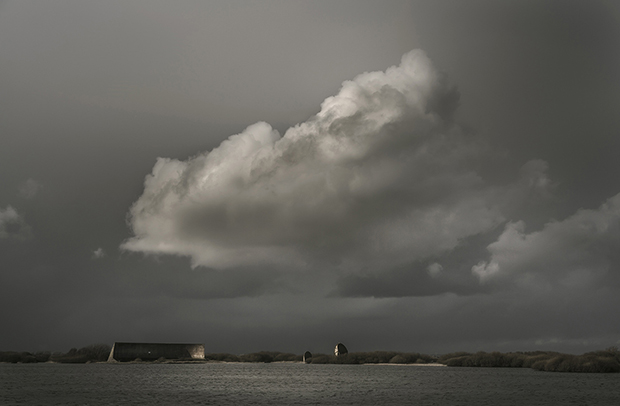 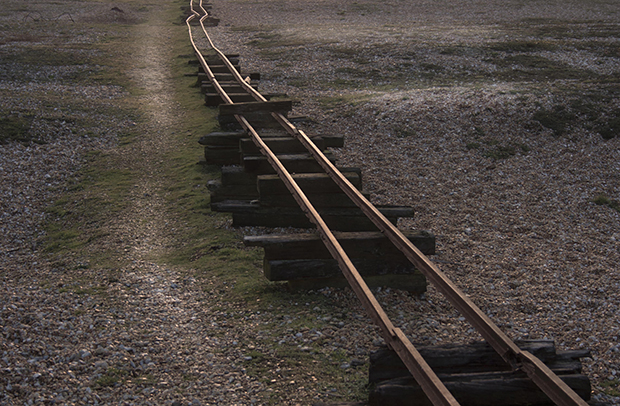 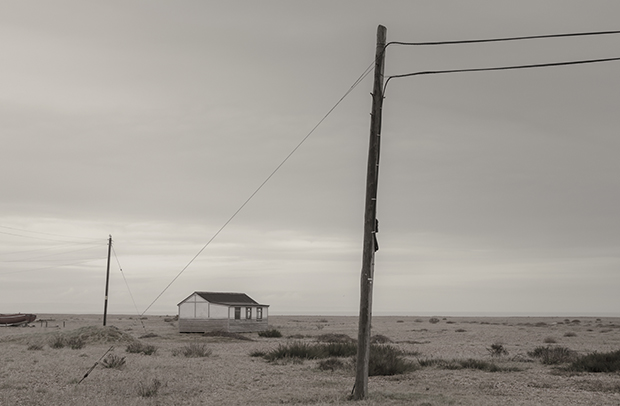 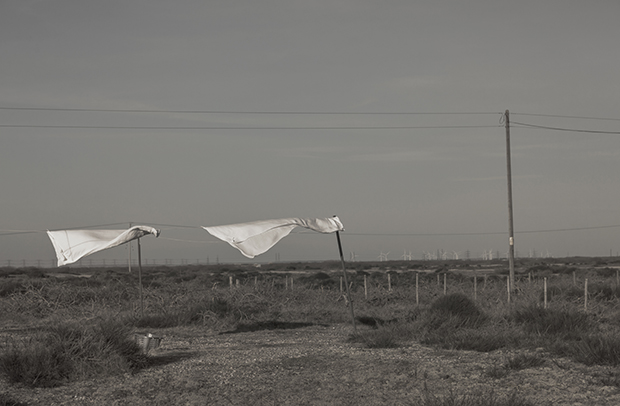