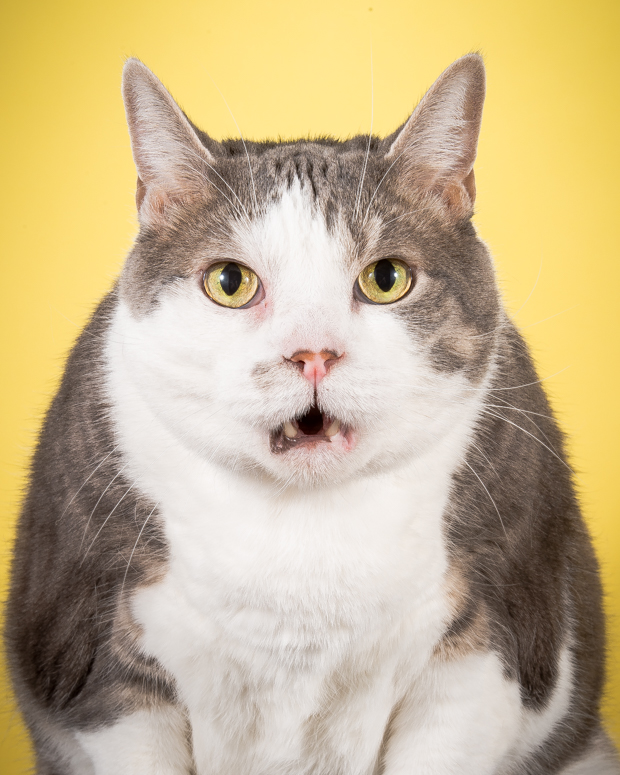 “Luigi’s a short-haired tabby that I’ve had for over 9 years, and he’s been in a bad mood for most of that time.” 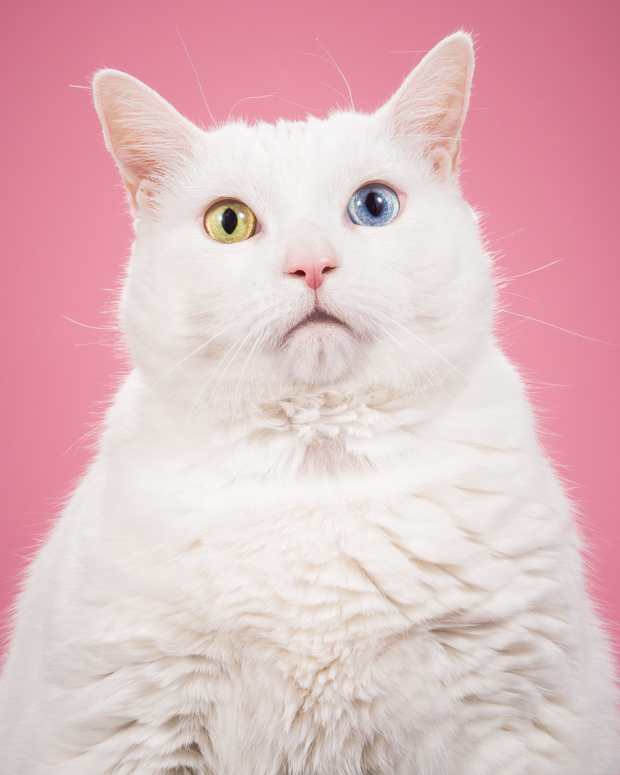 “Evie is a mild mannered cat who enjoys chasing shadows and eating the finest pate.”

Cats can be difficult to photograph. Pete Thorne learned that the hard way.

The first cat to sit in his portrait studio fled behind the washing machine and refused to come out; the second squeezed under his couch. From that point on, the photographer understood: he could photograph cats, but he had to do it on their own terms.

Following Old Faithful, his book of portraits of elderly dogs, Thorne longed to turn his attention to feline-kind, learning rather quickly the fundamental difference between the species: dogs want to please their people, but cats rule the world.
Fat Cats: Large and in Charge is his ode to chubby felines, all photographed in their own homes to avoid any repeat hiding incidents. Each cat was safe and very much in his or her element when Thorne visited, and he interviewed their humans to gain insight into their personalities, their histories, and their quirks.

When the photographer first contemplated heavy-set cats, he explains, he noticed the same picture cropping up in all corners of the internet: fat cats who’d fallen over, fell asleep and been surrounded by beer cans, or gotten miserably trapped in some small space. Humankind, he realized, was laughing at the cats.

Of course, Thorne doesn’t mean to condone overfeeding or improper care, which can seriously affect the health and lifespan of any animal. Many of the cats pictured here have been put on diets by their owners to improve their quality of life, and some Thorne met through a veterinarian who is monitoring their health.

When we were emailing back and forth, Thorne wrote, “No cats were made fun off in the making of this project.” It was a joke—one that didn’t even make it into his artist statement— but there’s also something so sweet and earnest about that sentiment. Every cat maintains his or her sense of dignity.

At first glance, Fat Cats might seem like a departure from Old Faithful; in the artist’s own words, it’s “much more lighthearted.” Still, the love and joy that comes with knowing an animal is at the core of both books. The animals we allow into our lives make us laugh, and they make us cry, and sometimes they do both.

Thorne is currently raising the funds to complete and publish Fat Cats. Contribute to his Kickstarter campaign here, and follow the Fat Cats journey on Facebook and Instagram.

As a reminder, cats of all sizes around the world are looking for homes. To find a cat of your own, visit your local animal shelter. The Humane Society of the United States is a good place to start. 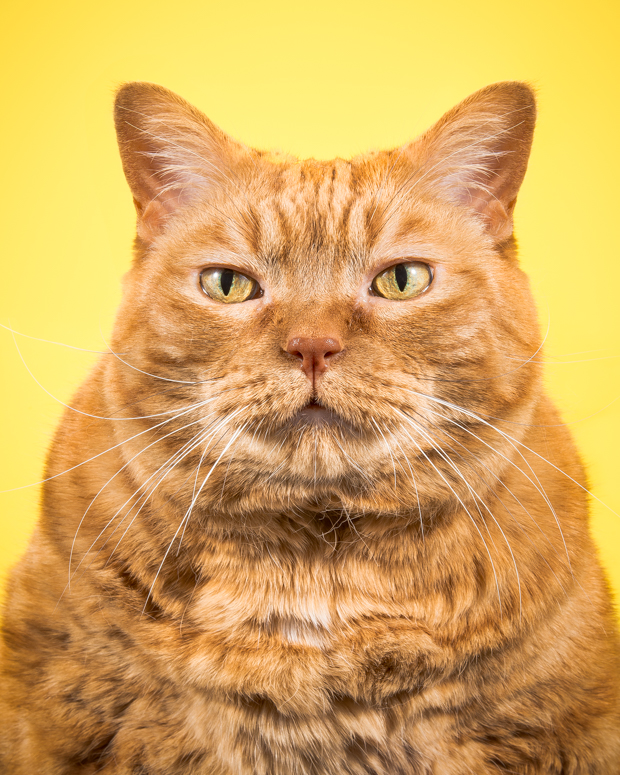 “She loves people – all types of people! In fact she loves humans so much that she even acquired the nickname needy BeeDee. Another thing she loves is food. After a nice meal she always comes around for a big snuggle session” 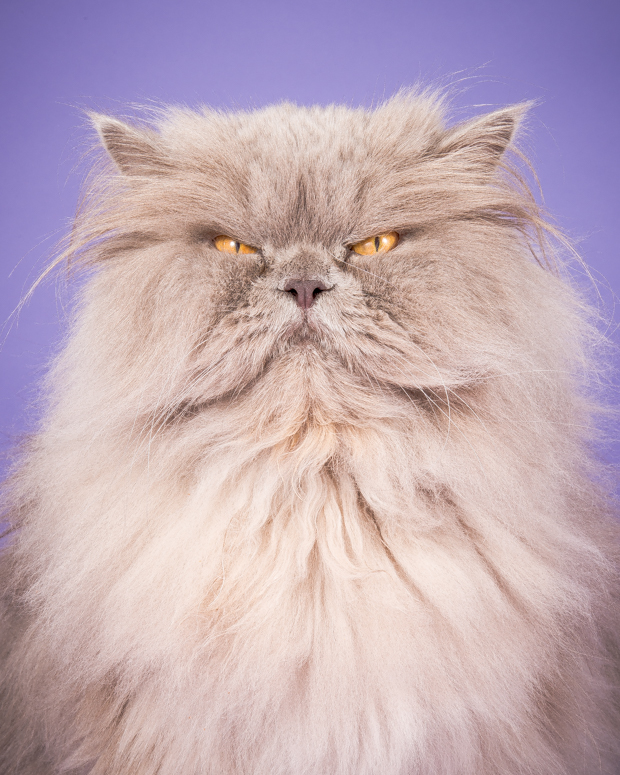 “Meet Bubba (aka Cuddles) the peak nose Persian who’s short on smiles but not on love!” 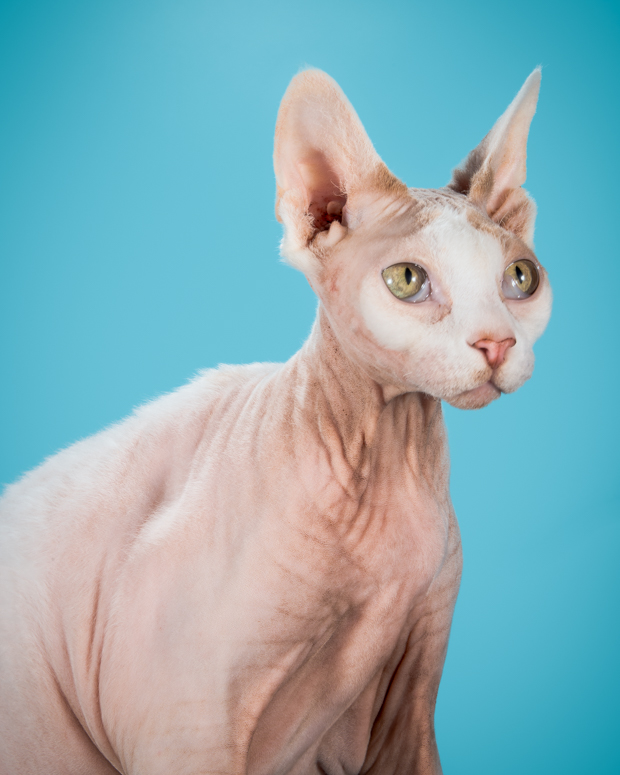 “Sometimes we suspect Chewy has the soul of a dog, tragically trapped in the body of a cat. He’s a pretty plump guy, but we suspect it’s not so much from overeating as from never wanting to leave the comfort of a warm lap.” 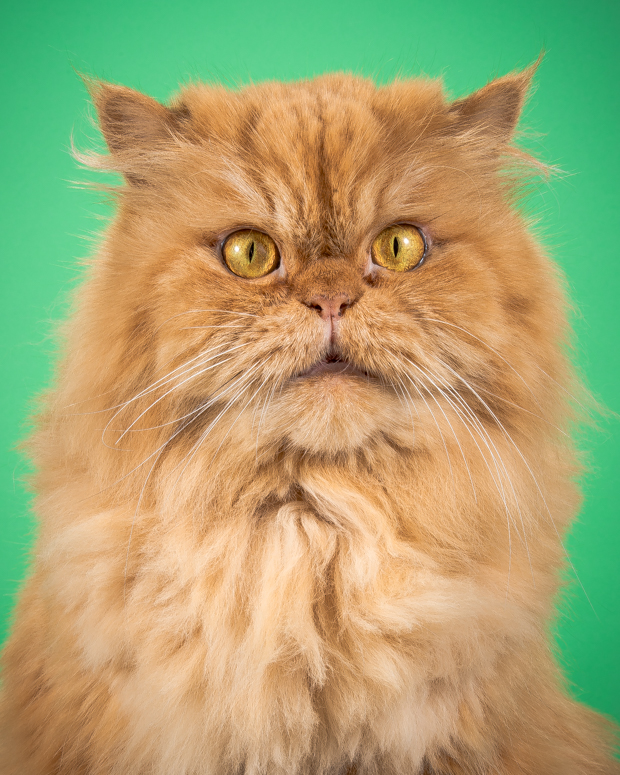 “Crookshanks loves lasagna and hates Mondays. He sleeps most of the day, getting up only occasionally to assert his dominance upon those present in the house.” 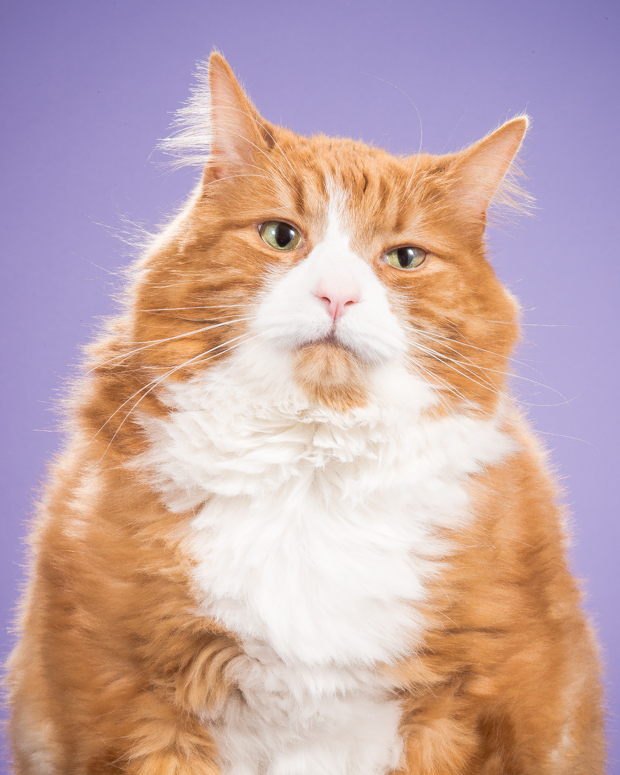 “Dundan likes to lay on the sidewalk in front of our house. He will not move when people walk by, especially for dogs. We have seen dog owners cross the street to avoid Duncan’s patch of sidewalk.” 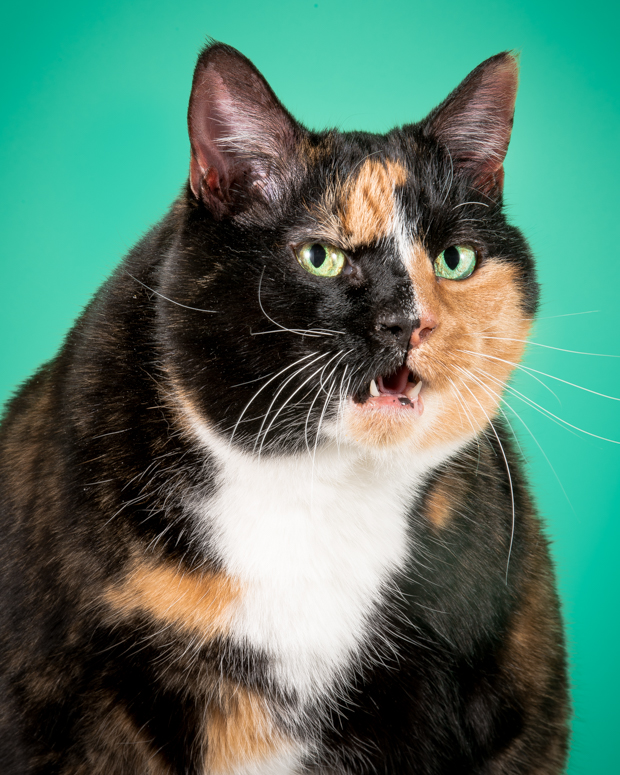 “Edie’s size is no obstacle to her level of activity as she can play for hours. She’s a very adept cat at mouse catching.” 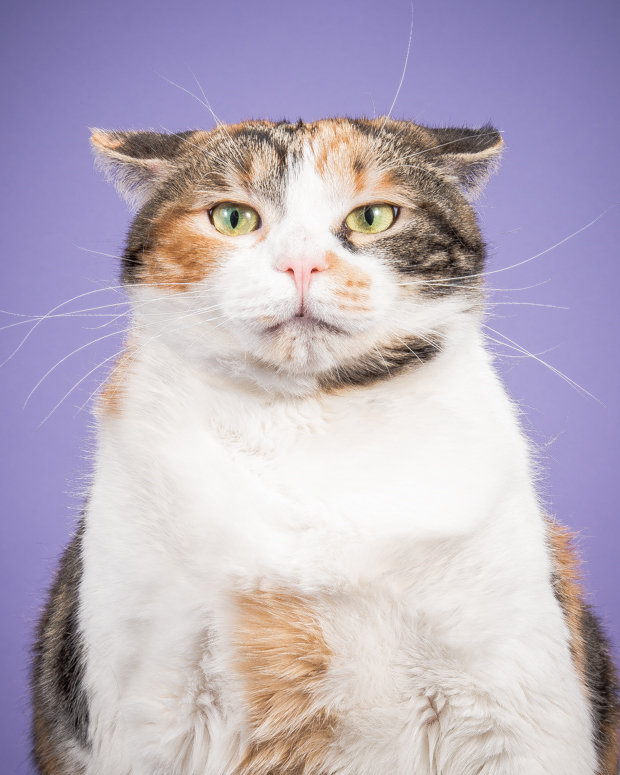 “Salo is a good fat cat, doesn’t scratch or bite, well behaved, playful at times, but the best thing Salo loves to do is eat and sleep in the middle of the living room.” 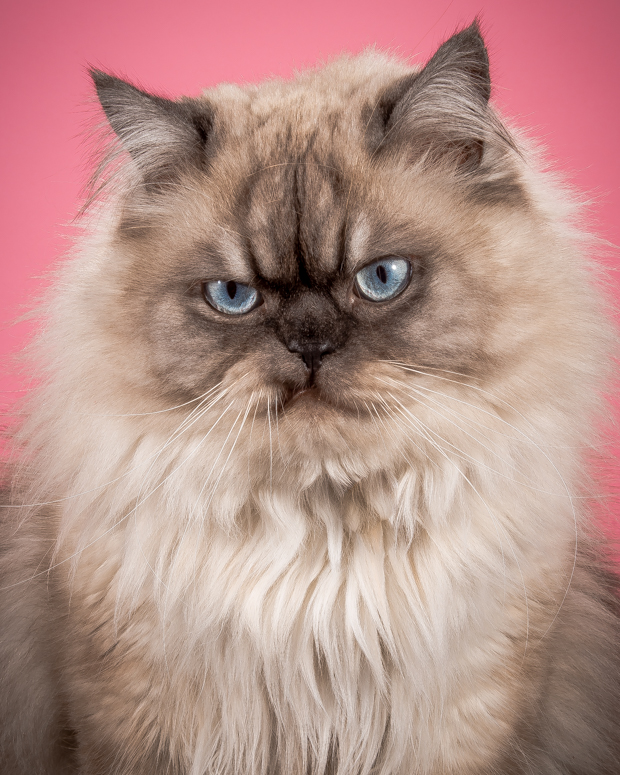 “Smokes is a four year old Himalayan furball with a big personality, and a belly to match.”