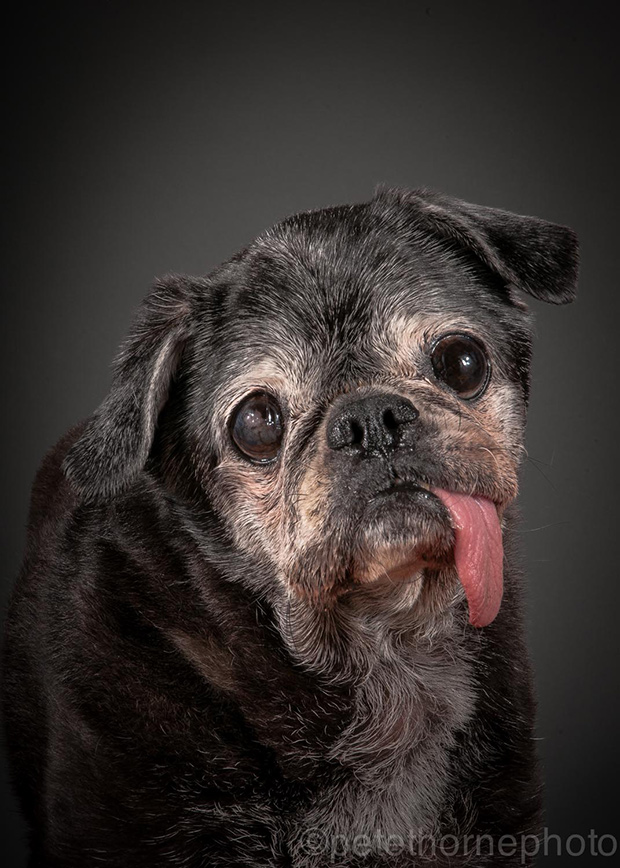 “Benjamin was found as a stray and ended up in a shelter about a year and a half ago. Pugalug Pug Rescue took him in and we were his foster parents. Due to his age and his medical problems, Ben was put in the ‘Abode Program’; he would be a long term foster. We thought it was important that he have a forever family so we adopted him; we are foster failures (again). He is estimated to be about 14 years old.” 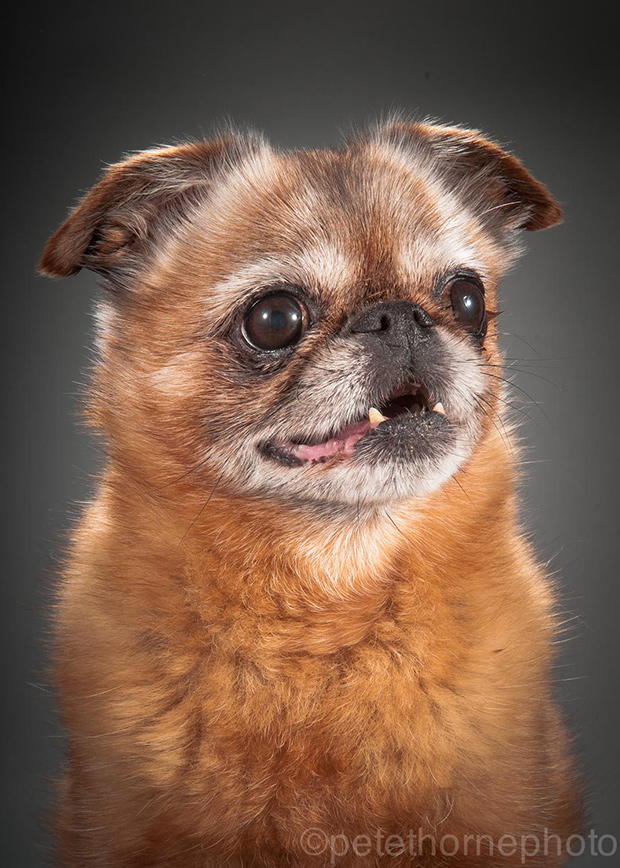 “Finnegan is a Brussels Griffon smooth coat or a Petit Brabançon. He is 12.5 years old. When he lived in Montreal, he went by his French name: Finni le Poo.” 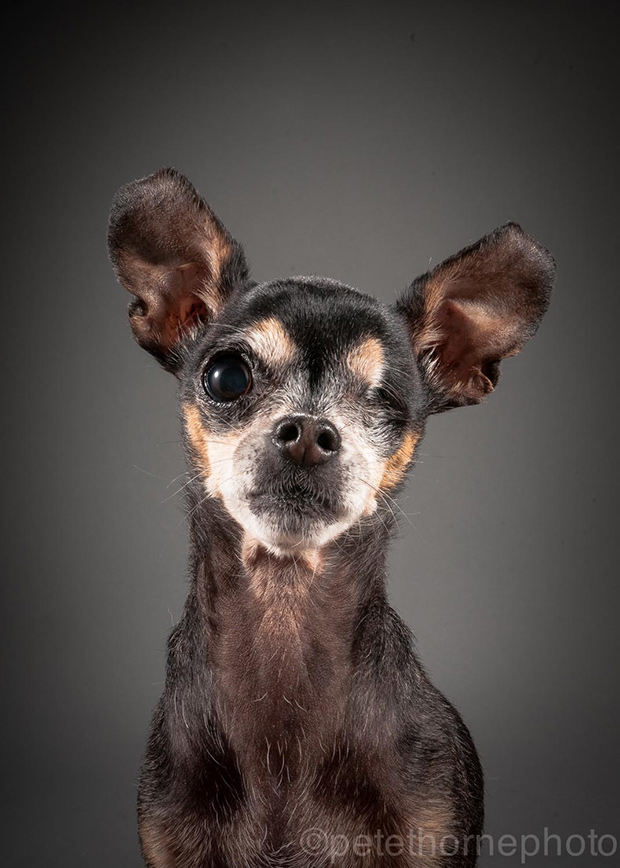 For Old Faithful, Toronto-based photographer Pete Thorne captures the time-worn faces of elderly dogs, inviting the canines to sit for him in his home studio and sometimes making special trips to visit those who, in their old age, are unable to make the journey.

Thorne’s wet-nosed subjects come in all shapes and sizes, expressing dispositions ranging from the introspective to the playful. The project, he explains in conversation with the Toronto Sun, began with his centenarian grandmother, who first sparked his interest in photographing the elderly—both human and otherwise—in a world that puts a premium on youth. Grinning wide-eyed or gazing fixedly at the camera, the dogs emerge like expectant children on class picture day, curious and eager to participate. Under Thorne’s lens, the animals are both wizened and innocent, possessing still the youthful exuberance of their puppyhood.

Since he began the project, Thorne has received a slew of daily emails from humans hoping to immortalize their graying companions in the final years of their lives. Prior to the shoots, the photographer invites owners to write a small tribute to their dog; knowledge of their histories and dispositions helps him capture them in the most authentic light. As soon as he captures the perfect emotive expression of each dog, he ends the shoot so as to not to overwhelm the animals.

In some cases, the dogs pictured have died shortly after their time with Thorne, his photograph being one of the last of their lives. These creaky canines, having been our loyal protectors for many years, come to trust us with their twilight years, a time characterized by both the dignity and the vulnerability of senectitude. Here, scars, gray hairs, and glassy eyes become a badge of honor, signifying the courage and endurance of a life lived well.

There are a lot of dogs in shelters in need of a home.  Please choose adoption. If you cannot adopt, please consider fostering or donating to your local shelters, Sanctuary for Senior Dogs, or Special Needs Animal Rescue and Rehabilitation. 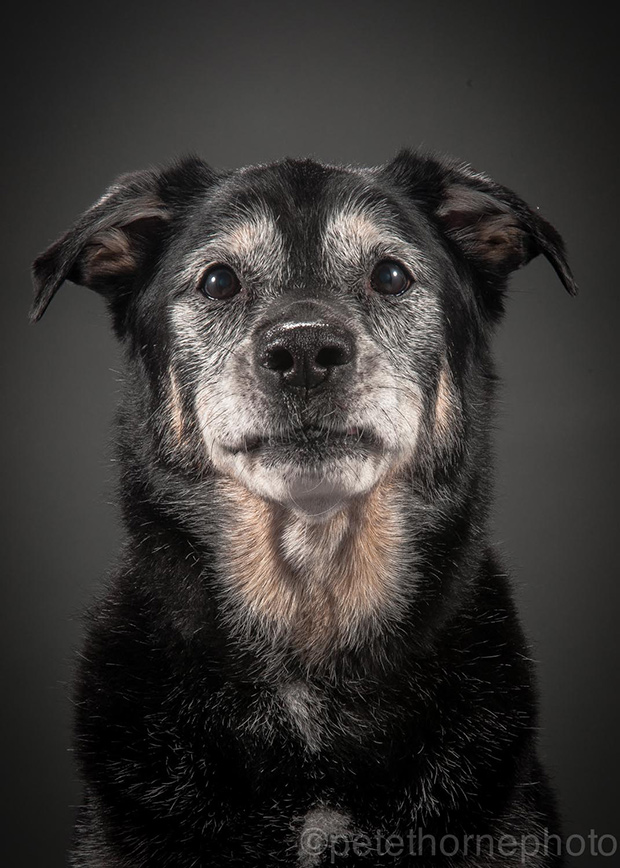 “Meet Jackson, a 14-year-old old Black Lab mix. There’s something about the expression on his face that seems like he is peering into your soul.” 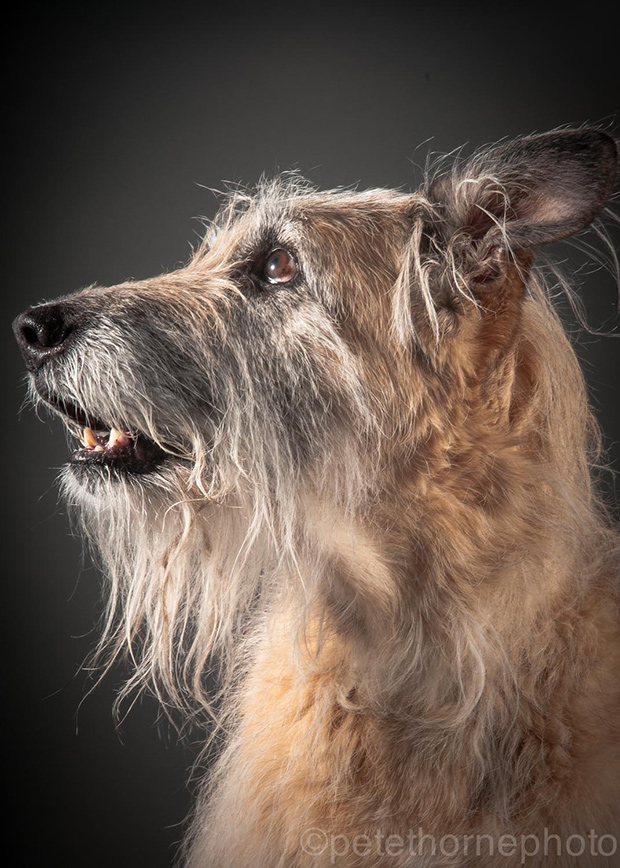 “Meet Emmy, the 14-year-old wolfhound mix. This proud bearded lady got so excited for her photo shoot she pooped in my roomie’s shoe.” 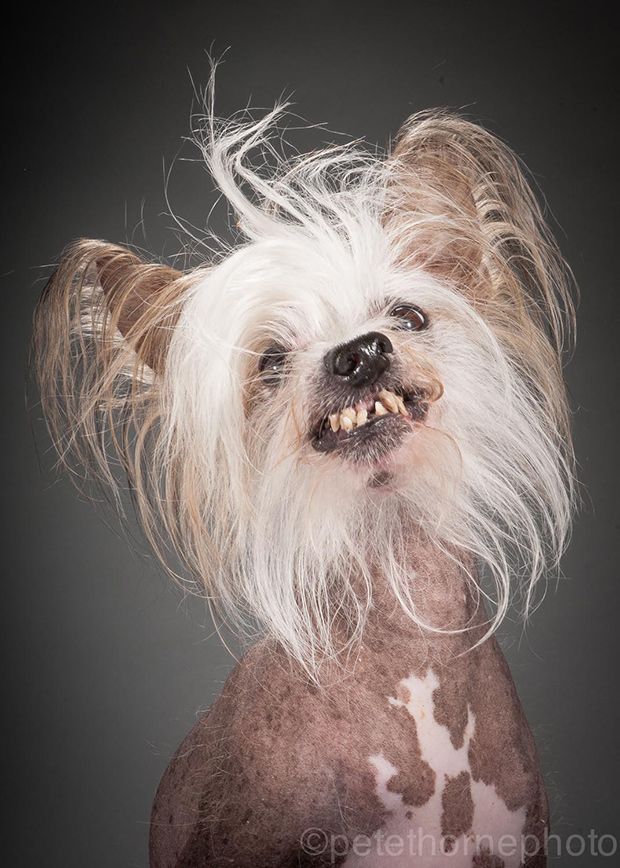 “The Colonel is a 10-year-old Chinese Crested. He is spry for a 10-year-old but a side effect of being hairless is shallow rooted teeth. When he sneezes a tooth can just pop out!” 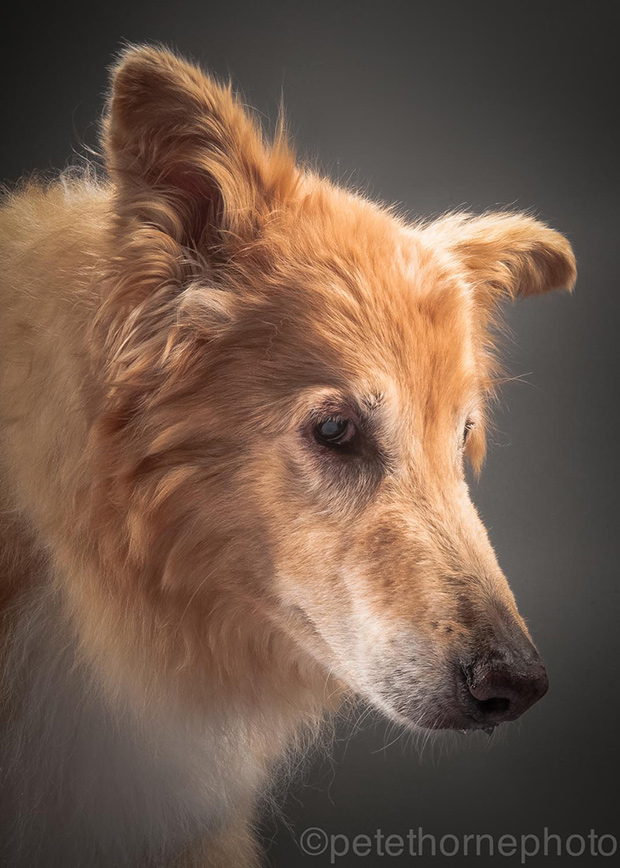 “I shot Clovis shortly after his 14th birthday and sadly he passed away not too long after this portrait was taken.” 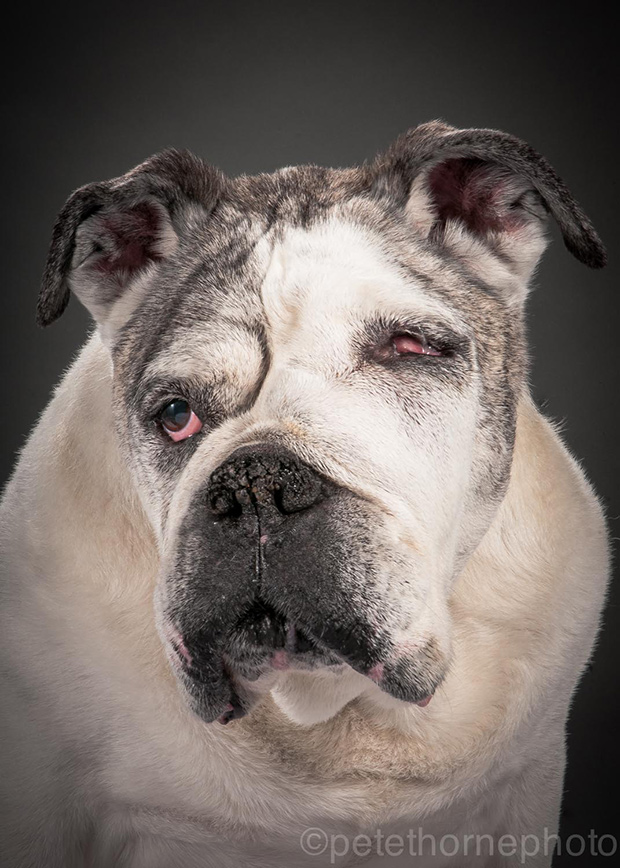 “Mance is a 13-year-old Old English Bulldog, a breed close to my heart. He has bone cancer that adds a lot of character to his face. He’s in a pretty fragile state so I made my first trip out of the home studio to photograph him, in all his asymmetrical charm.” 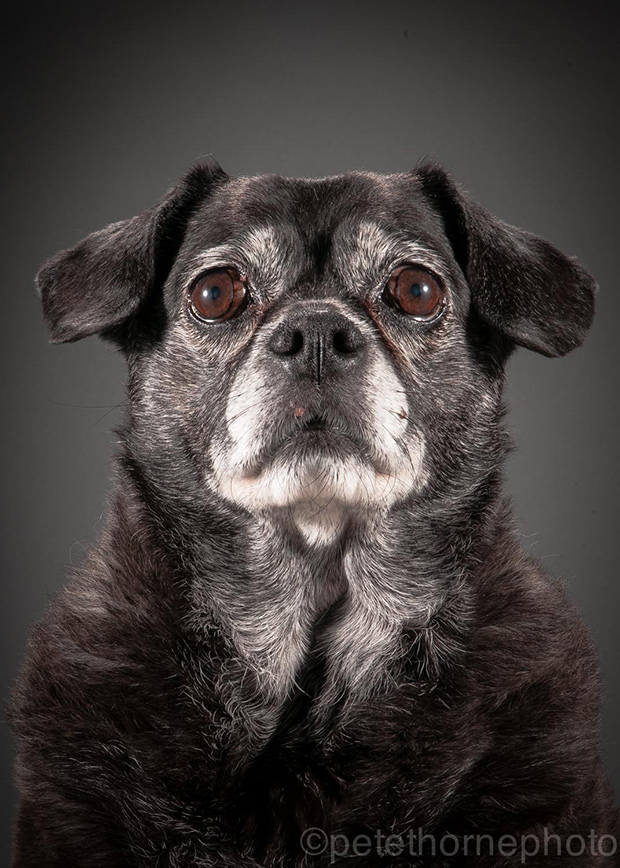 “Say hi to Weezee! Although this 10-year-old Pug mix looks a little concerned about having her photo taken, she was very well behaved and one of the easiest to photograph!”