Sweet Photos of a Man and His Best Friend, A Giant Dog 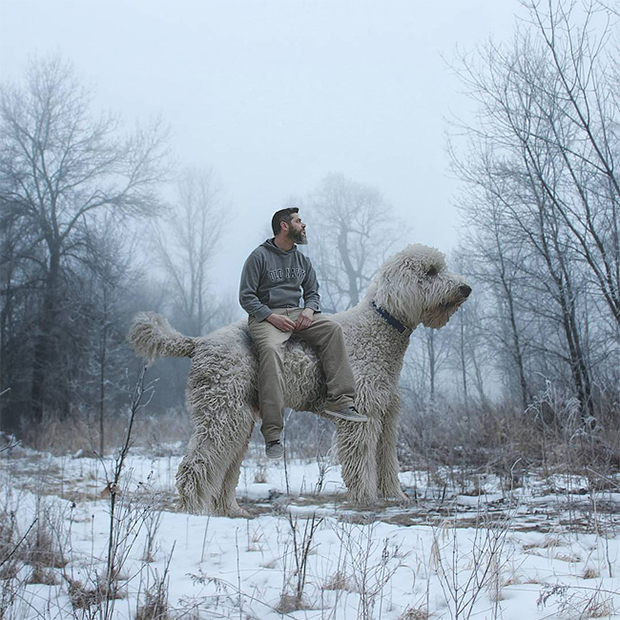 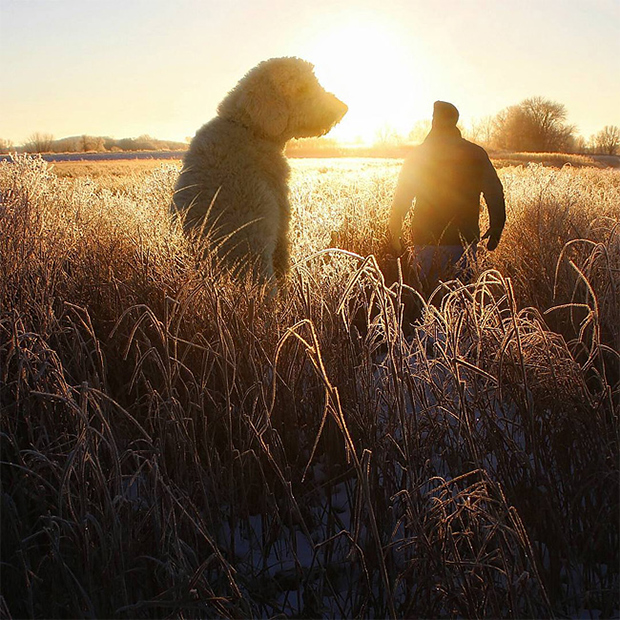 For Minnesota-based photographer Chris Cline, his dog Juji is more than his best friend; he’s his guardian.

A few years ago, the photographer made the trip from his home in Virginia to move in with his girlfriend. He missed home; the climate was cold and bleak, and he longed for something to anchor him, something to call his own.

That’s when Juji entered into the picture and turned everything around. Although it was Cline’s girlfriend who had the initial idea of adding a dog to the family, Juji and his new dad became fast forever friends. Putting time into caring for Juji not only lifted his spirits but also motivated him to make meaningful work.

In his latest series of images, Cline narrates a visual love sonnet to Juji by transforming him into a fur-covered colossus using Photoshop. Although Juji is in fact about 100 pounds, his human’s work speaks to an emotional truth about the bond that forever ties man with dog.

Like Clifford the Big Red Dog before him, the giant version of Juji might be a work of fiction, but to his favorite person, the real Juji is larger than life. With Juji’s support, the photographer has grown comfortable in his newfound surroundings. Home, it turns out, is where the dog is. 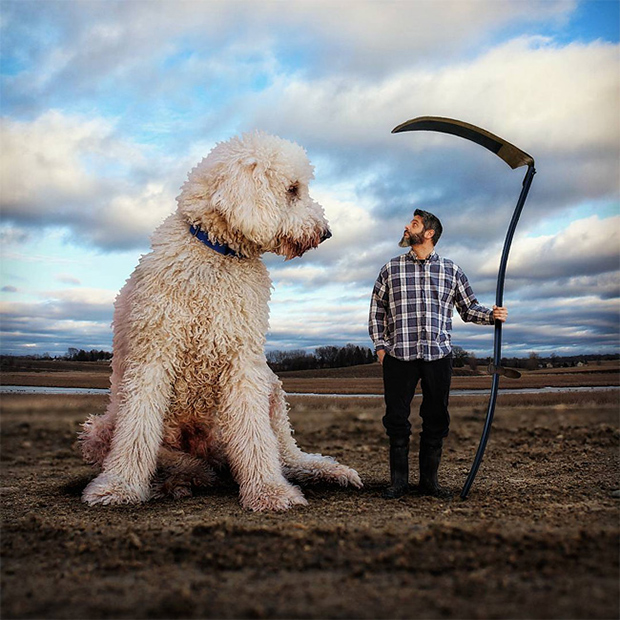 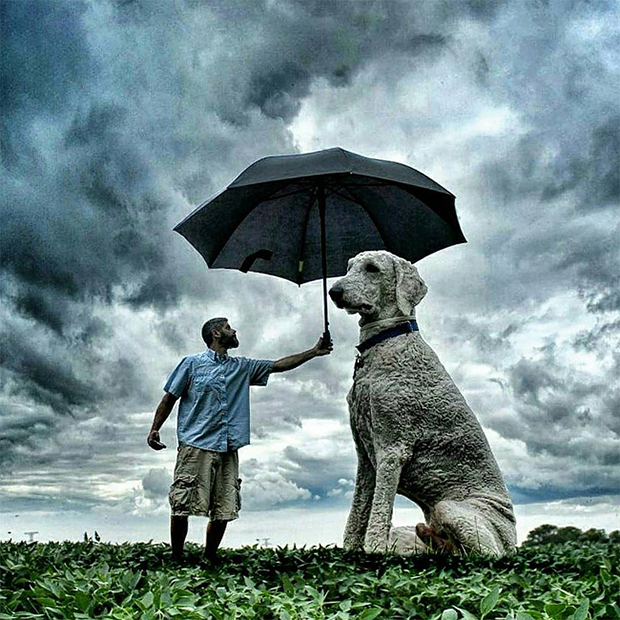 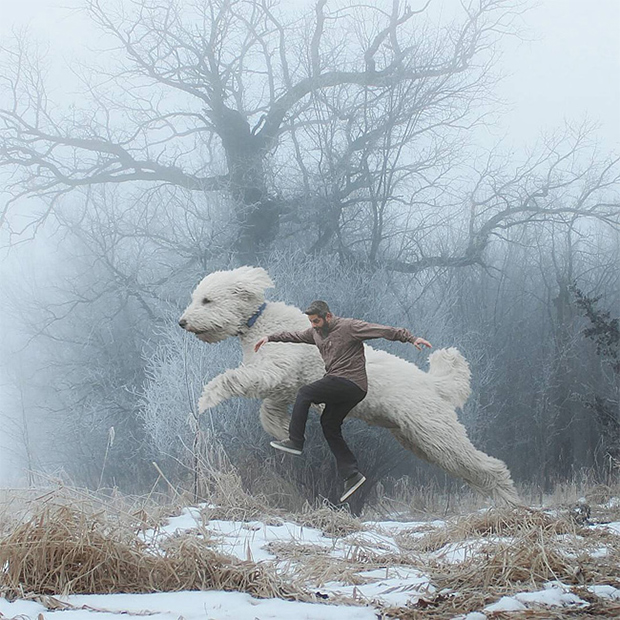 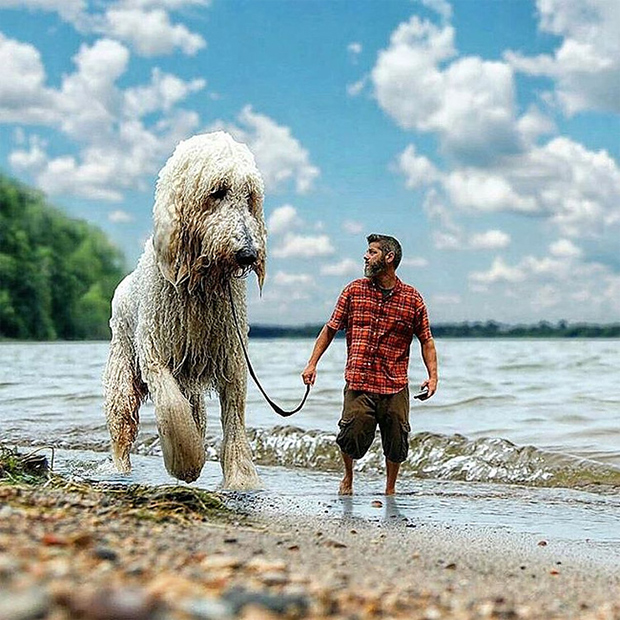 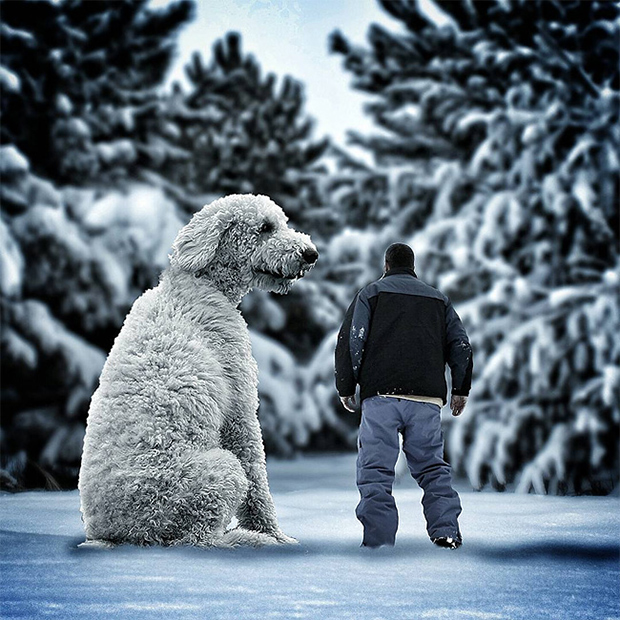 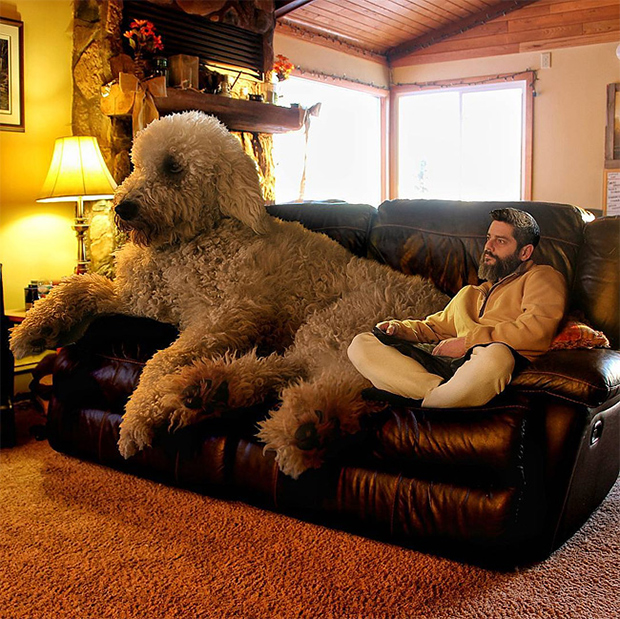 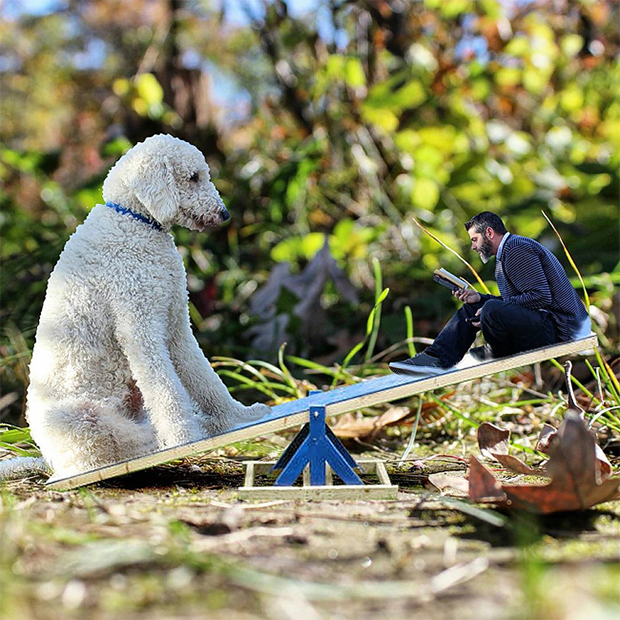 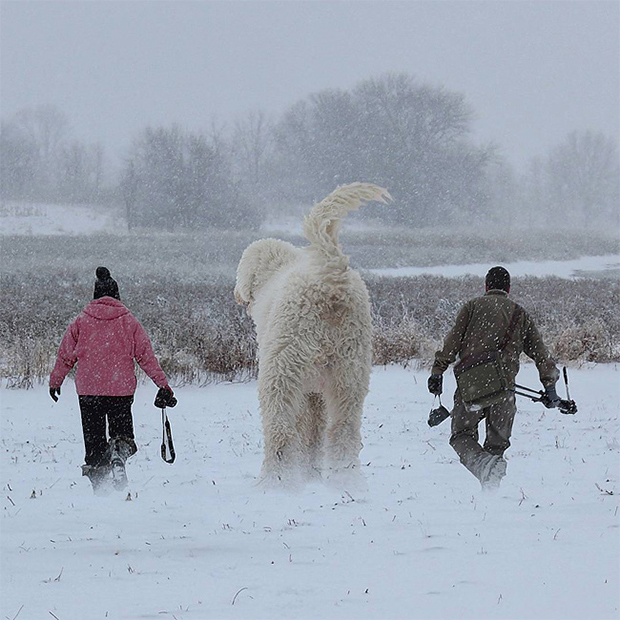 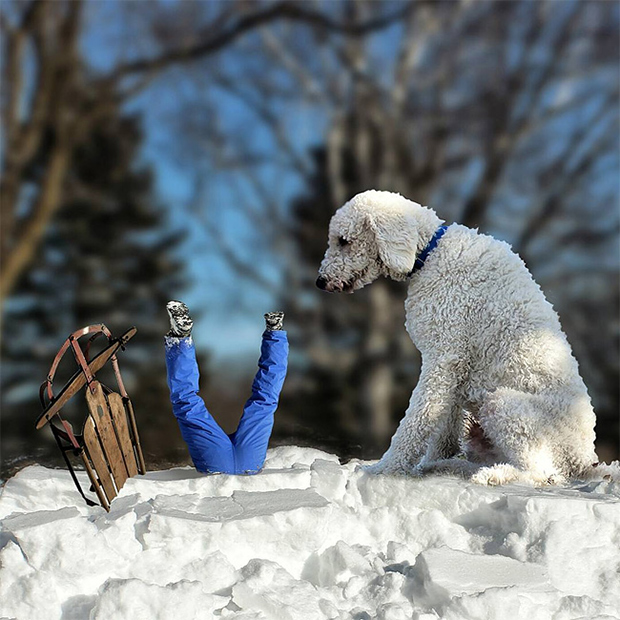 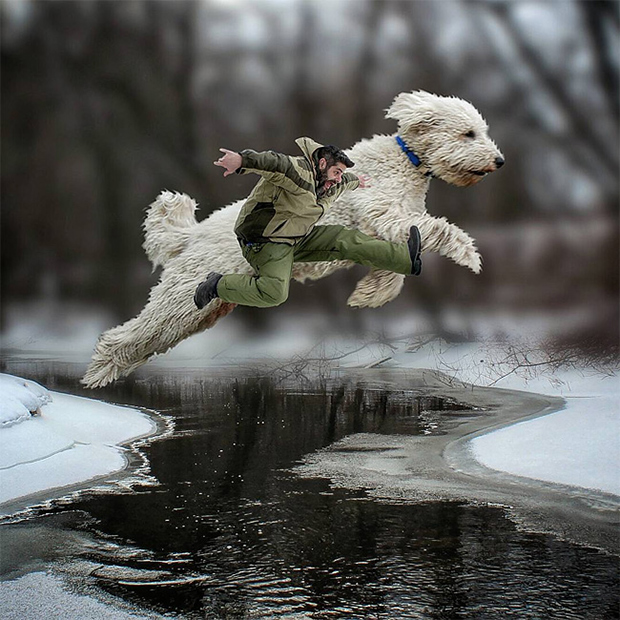 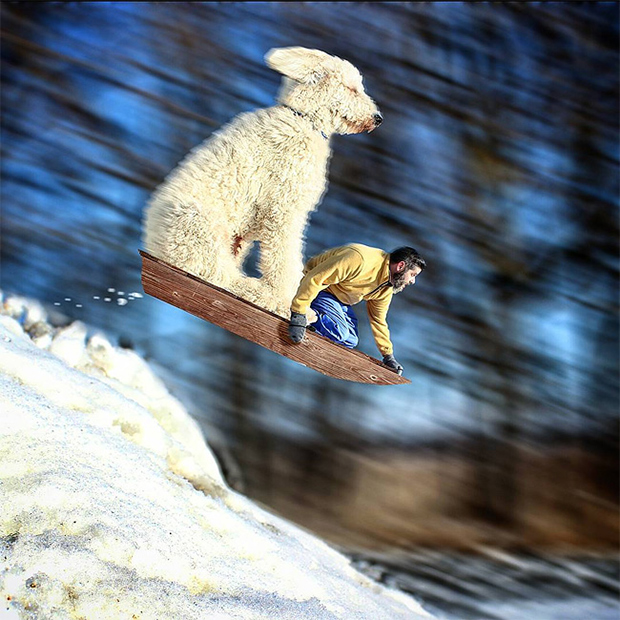 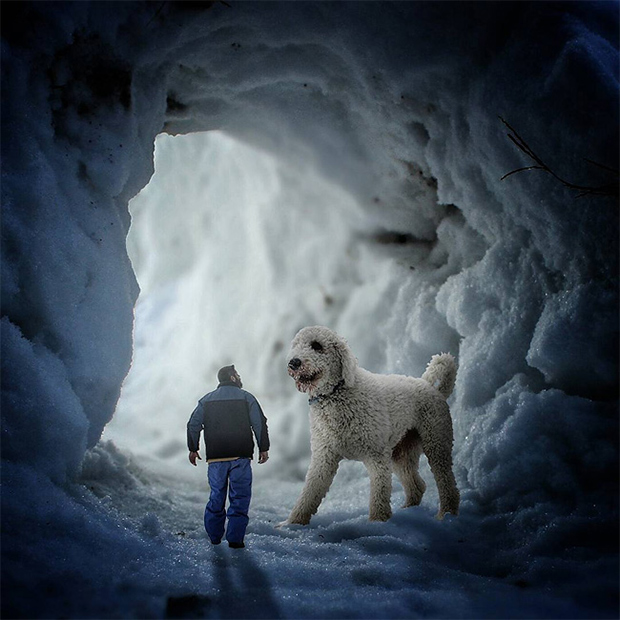 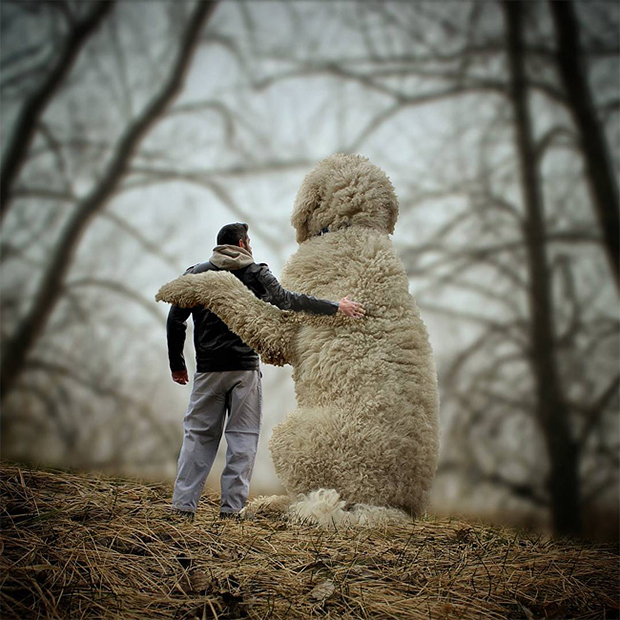 via Design You Trust