When She Was Battling Cancer, This Photographer Turned to Her Dog 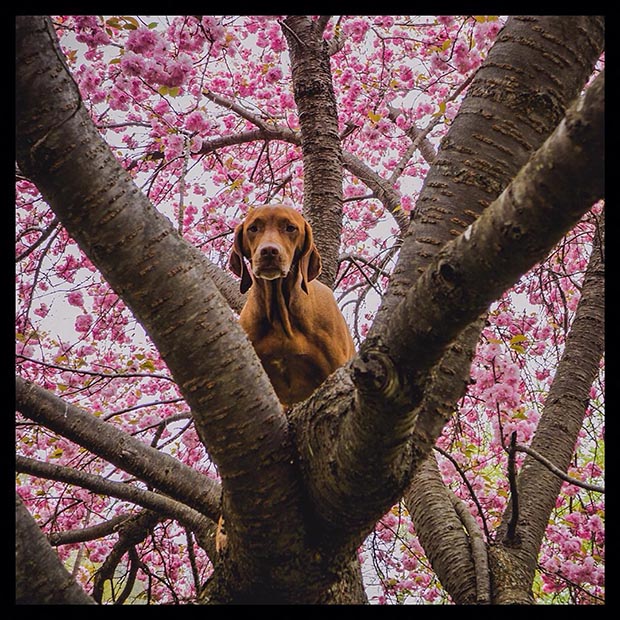 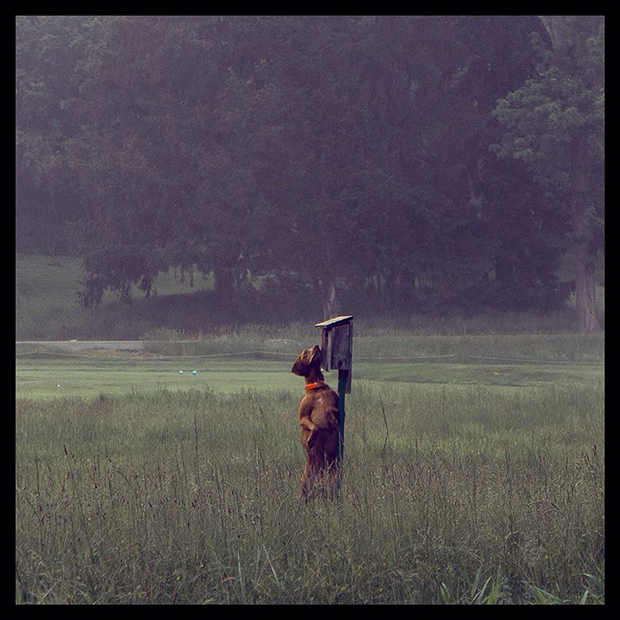 When photographer Jenny Cardoni was diagnosed with Burkitt’s Lymphoma, she felt isolated. She found few people who had undergone treatment, and since the cancer mostly affects men, she had no women to talk to about the experience. Over the course of nearly a year of chemotherapy, surgeries, and spinal taps, her immune system was weakened, meaning that she couldn’t do much with other people.

But she always had her dog Finley.

“My walk in the woods with Finley became my most treasured routine,” she remembers. They live together in Pennsylvania, in the Poconos, where they could wander for hours in search of beautiful and secret places.

Instead of saying she took her dog out for walks, the artist says the opposite: “He took me out on daily walks.”

To cope with her battle with Burkitt’s, she took pictures of Finley as they explored. In 2013, she endured a total of eight rounds of weeklong in-patient chemotherapy at the hospital and two weeks of out-patient treatment. Burkitt’s, she says, is an aggressive form of cancer, but it’s also curable if it’s caught early.

“When life goes on for everybody else, Finley was the constant, next to me on a long journey to survival,” Cardoni says, “He taught me to stay in the present and focus on just the very next step.”

Since then, the pair has taken countless steps, side by side. The photographer is now cancer-free, though she still takes Finley to the woods and photographs him. She tells me he understands this is something special they do together. “He takes his job very seriously,” she explains, “and he often suggests locations and poses.”

Finley is now seven years old, and as the artist might put it, life has continued to move on for both of them. Scrolling through her Instagram feed, you’ll find the seasons change time and again.

Every winter, Finley wears the same little red coat, and in spring, they visit the cherry blossoms. Years ago, the artist didn’t have nearly as many followers— Finley looked younger and maybe a little bit wilder. Still, their bond has remained the same throughout the years.

She still thanks him for what he did for her so many moons ago. 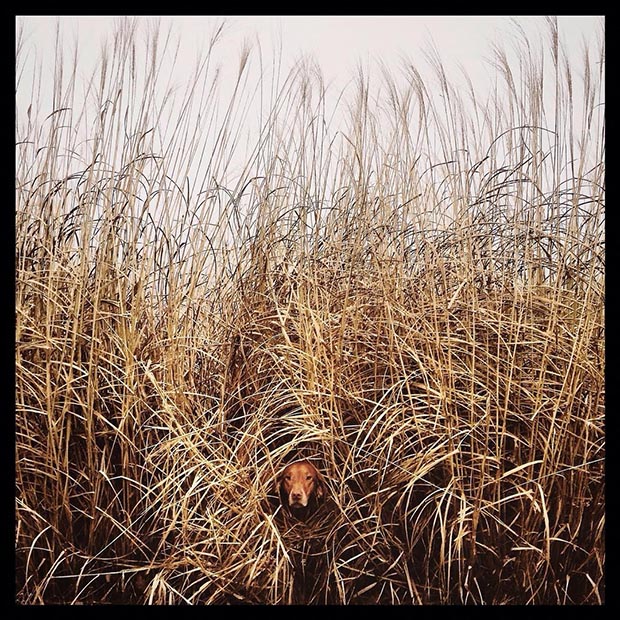 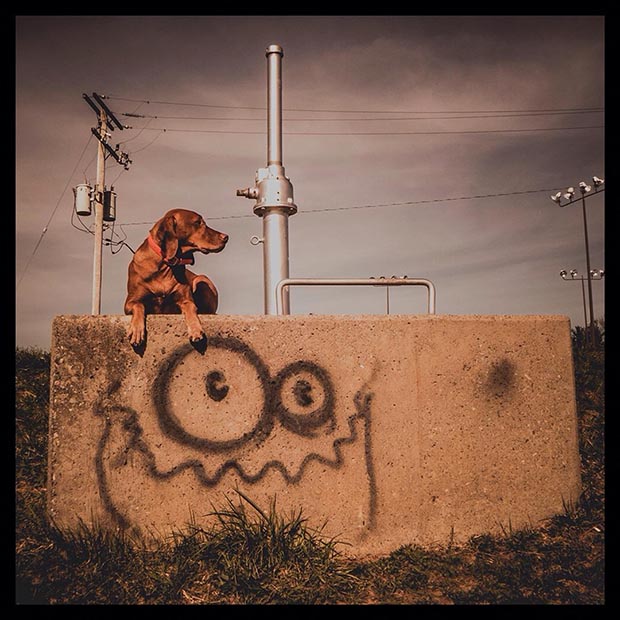 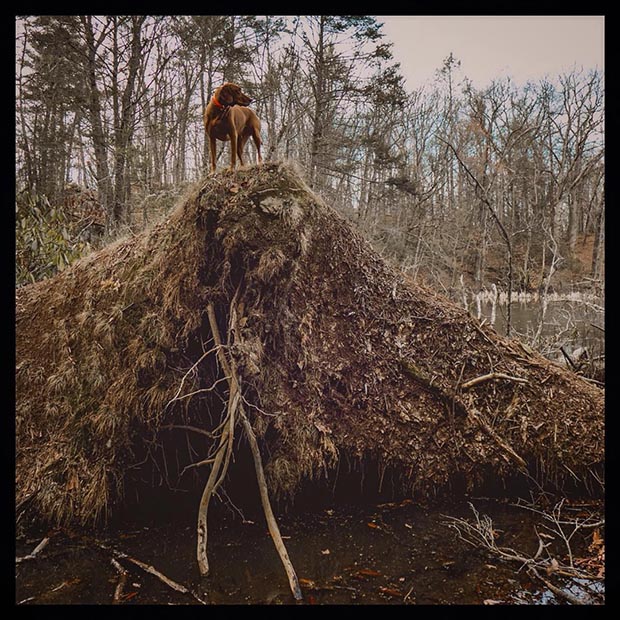 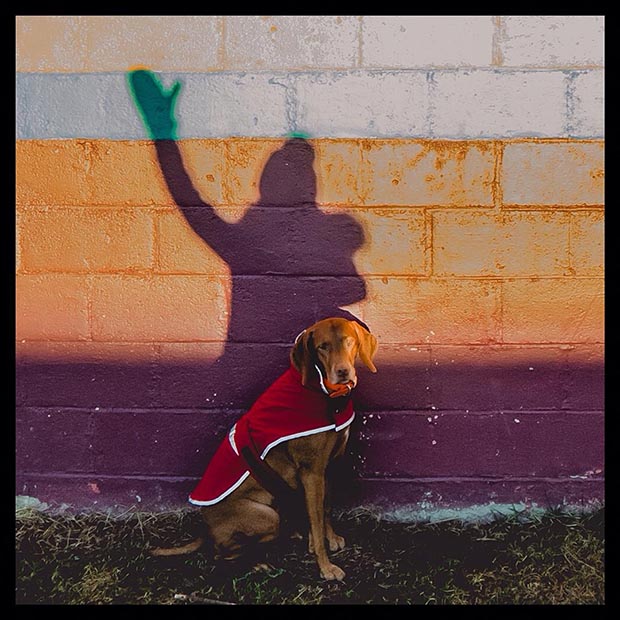 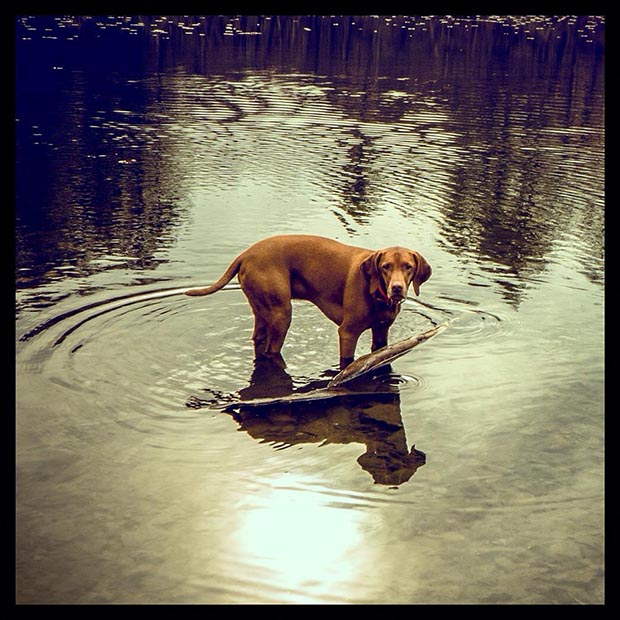 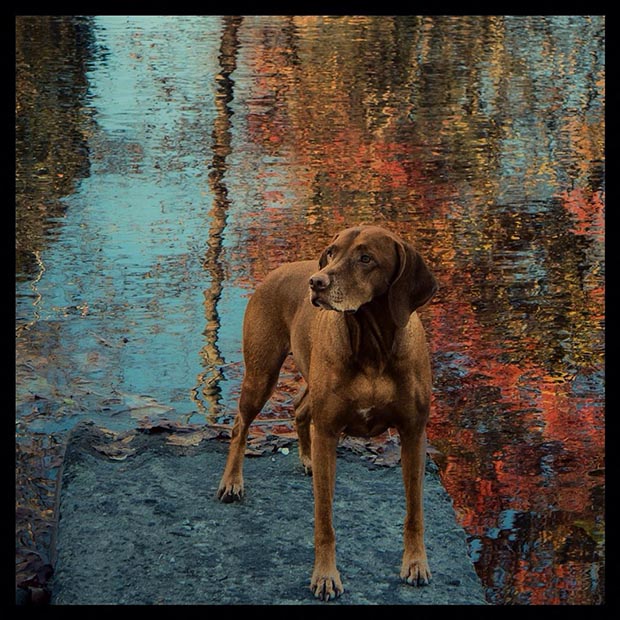 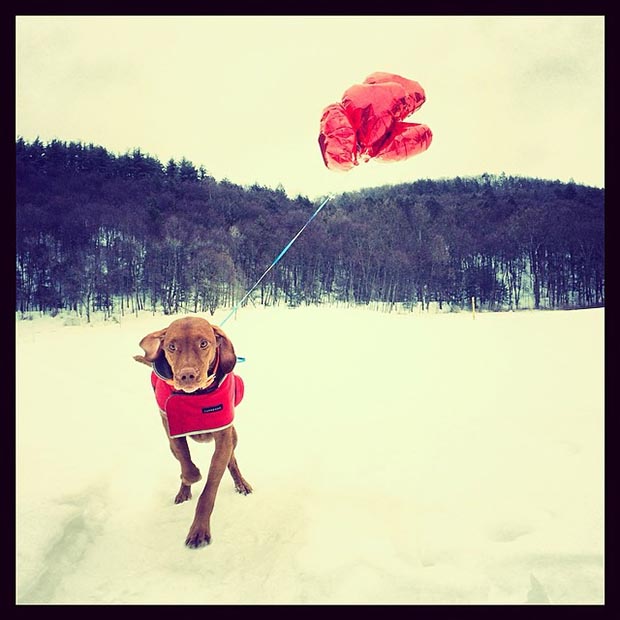 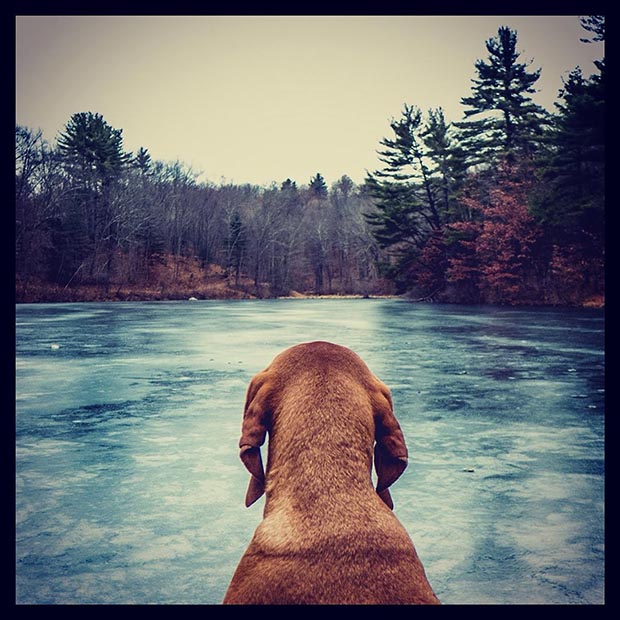