Poignant, Playful Photos of the Stray Dogs of India 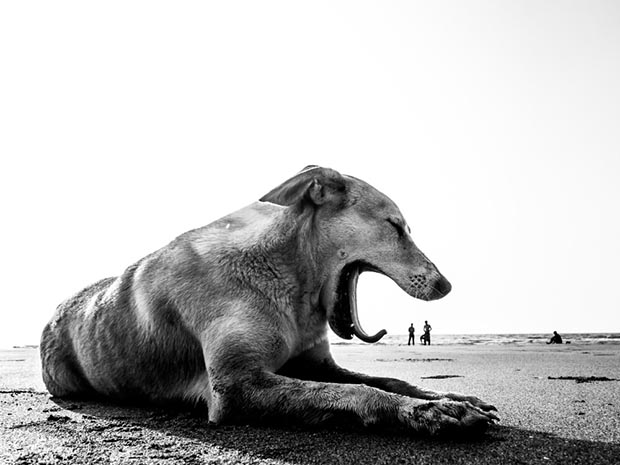 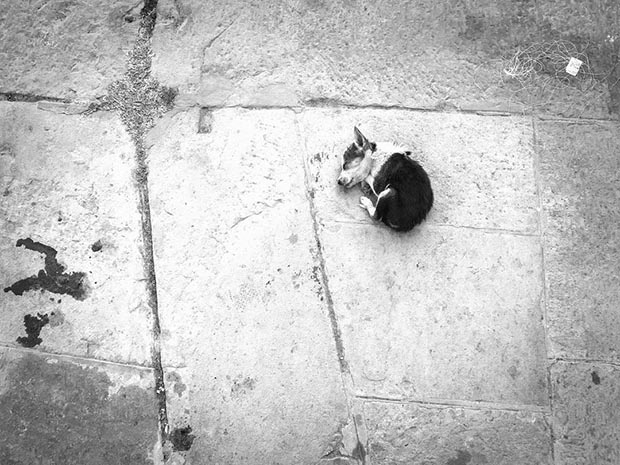 A stray puppy at Varanasi Ghat. 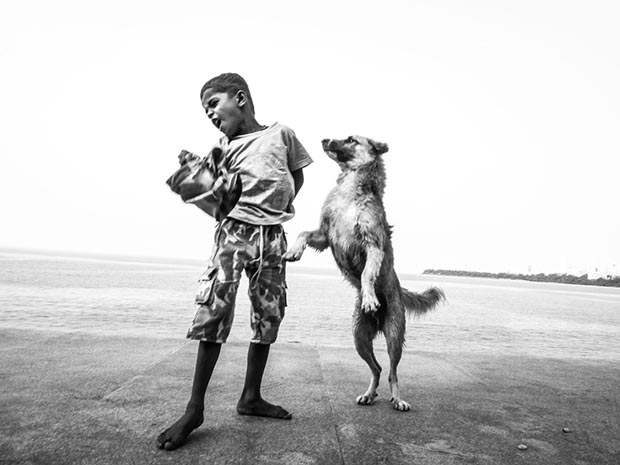 A kid plays with a street dog.

Mumbai photographer Neenad Joseph Arul used to be shy about approaching people, so instead, he turned to the dogs in his neighborhood. Unlike people, the stray animals were never judgmental, and they didn’t mind being photographed. Over time, what started for Arul as a simple lesson in street photography evolved into a longterm relationship with the city’s canine inhabitants.

The stray dogs of India contend with daily challenges, and most of them don’t have anyone to offer consistent care. The lucky ones have local people and organizations who provide them with food and medical treatment, but others have to make it through sweltering summer days and bitterly cold winters on their own.

Since he started photographing them, Arul has noticed some of the same dogs over and over again. He recognizes them not only by their markings, but sometimes also by the injuries they have sustained throughout their difficult lives. Some of them even have names, given to them by local people. The majority of them are friendly and open to strangers, though Arul respects the wishes of the more fearful dogs and gives them their space.

And despite their hardships, the dogs have moments of real joy. A few have taken to following the photographer around as he explores the neighborhood, hoping he’ll stop and play. Some have walked beside him for as long as an hour.

There was one dog Arul met on a warm afternoon. The sun was high, and his shadow was cast over the slumbering dog as he took his picture. The dog looked lonely as he slept, and when the photographer prepared to leave, the dog awoke. As Arul moved, the dog moved with him, going to sleep on the ground beneath his shadow whenever he paused. It was so hot, the photographer realized, and the dog found relief in the shade. He remained in one spot for twenty minutes just to give the animal a cool space to rest.

Arul is no longer nervous about photographing people, and he credits the dogs with teaching him to face his fears. People can become jaded and angry once they are hurt, but dogs, he says, are always able to forgive. Humans get bored with their lives, and dogs find a reason to wag their tails, even on the darkest of days.

The photographer doesn’t have a dog of his own. He would like to have one some day, but right now, he travels too much. Still, in some ways, the stray animals have become his constant companions, wherever he roams. “I get to meet them on every street across India,” he says, “That helps.”

In India, awareness about the plight of stray animals is growing. Organizations host adoption drives and make sure some of the dogs are fed. Aruk has worked with WSD (the Welfare of Stray Dogs) and AMTM (Animals Matter to Me) in Mumbai. Donations to both can easily be made, and the photographer hopes his pictures will encourage people to visit and get involved. The way to best understand the lives of stray dogs in India, he says, is to be there right alongside the people who are helping them. 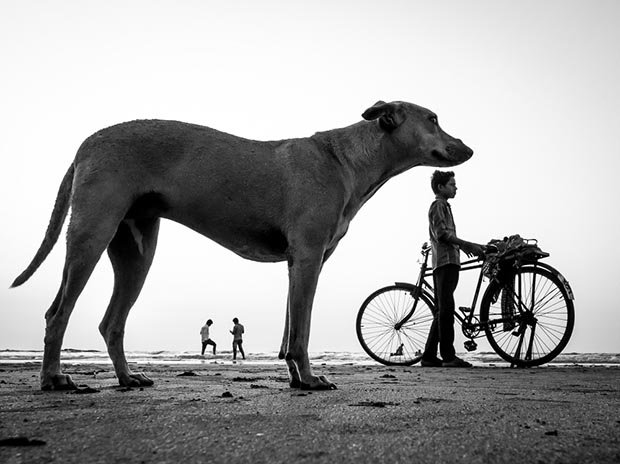 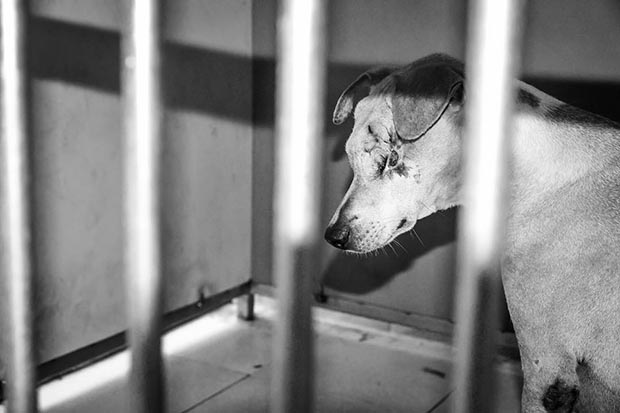 An injured dog at a rehabilitation center in Mumbai. 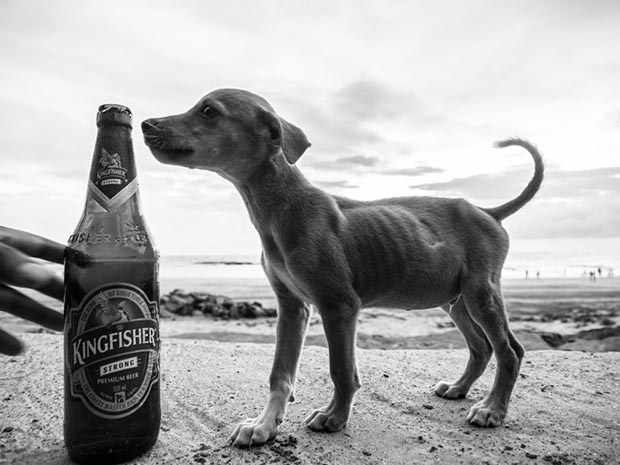 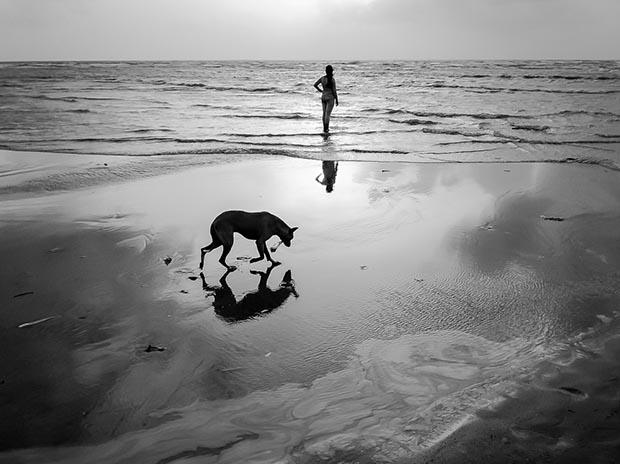 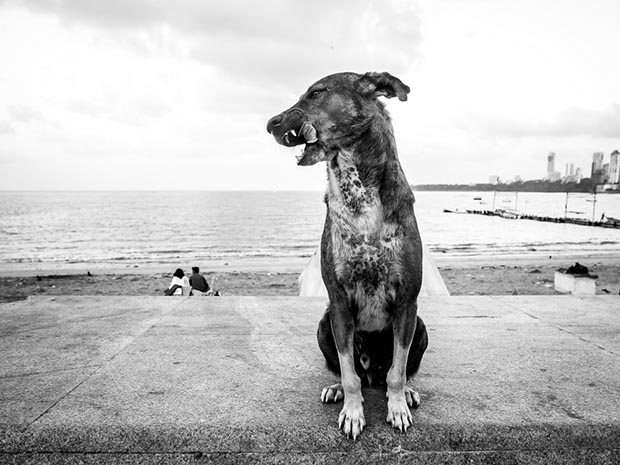 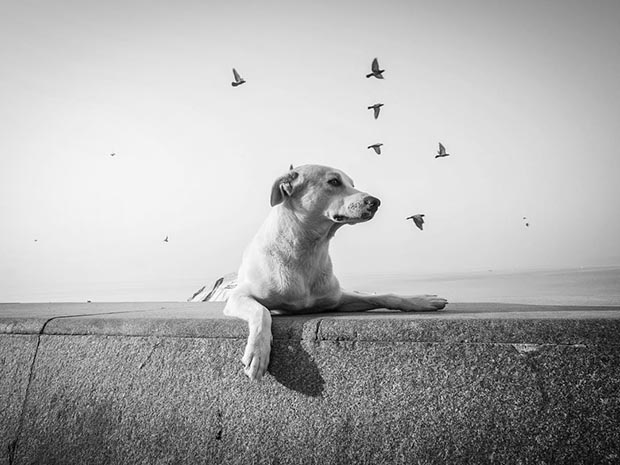 A local street dog at Marine Drive in Mumbai. 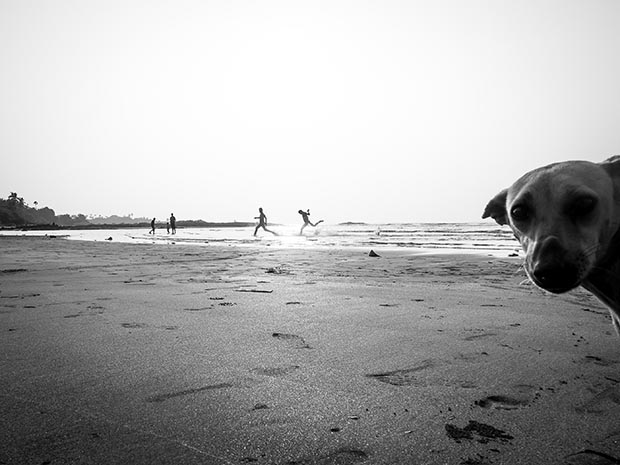 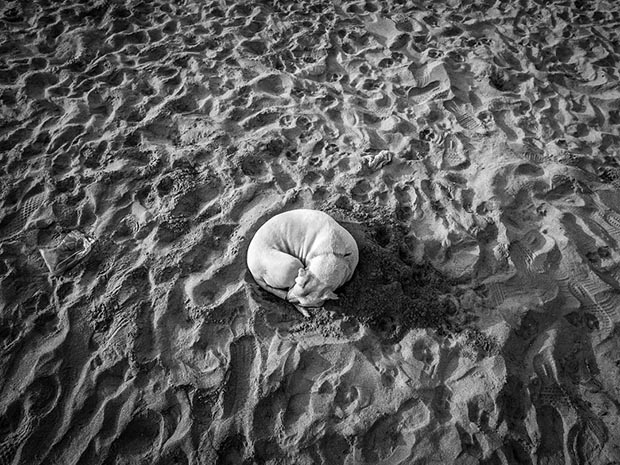 A stray dog sleeps in the sand on a cold winter day. 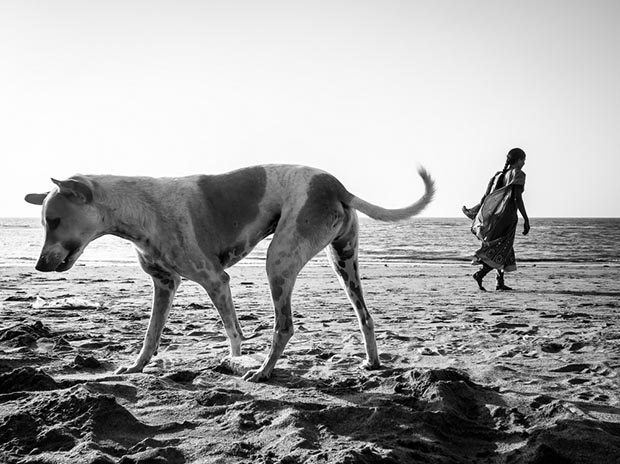