A Rescue Dog Becomes a Brave Lion in These Magical Photos 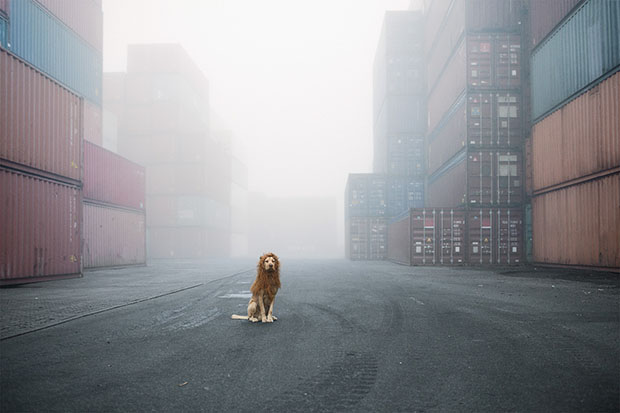 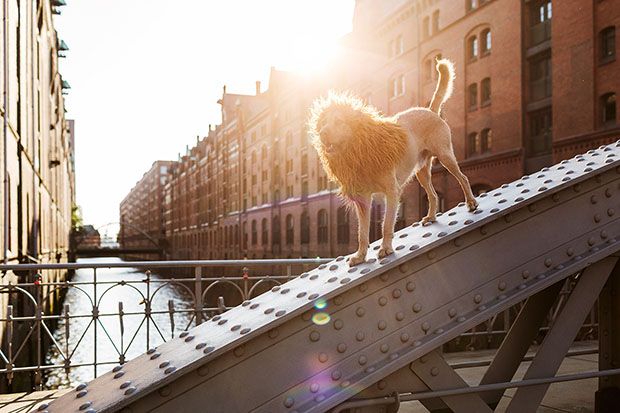 German photographer Julia Marie Werner first met the scruffy golden dog when she discovered him in her garbage, hunting for small scraps of food. She was visiting Spain for work, and as a man approached the dog hoping to frighten him away, he looked up at her with a pair of searching eyes. In that moment, he reminded her of Simba from The Lion King, and she couldn’t bring herself to leave him behind.

She named the dog Tschikko Leopold von Werner, and he now lives with her in Germany. She suspects he was tossed from a car and left in the streets of Spain for a long while to fend for himself, but despite the trauma of his past life, the dog grew to trust Werner wholeheartedly.

Although he can be fearful at times, Tschikko loves nothing more than exploring with his best friend. His inquisitiveness always outweighs his anxiety, and wherever the photographer travels, he follows.

In homage to her brave and loyal companion, Werner creates GROSSSTADTLÖWE, which translates in English to Big City Lion. Like the king of the jungle, Tschikko is courageous and noble, and more than anything else, he’s taught the photographer one thing: “No matter where you are coming from, as long as you are curious and keep a smile on your face, there is no limit to what you can be.”

GROSSSTADTLÖWE is a real-life character pulled from the pages of a storybook; we know he’s not really a lion, but paradoxically that’s what makes him all the more magical. 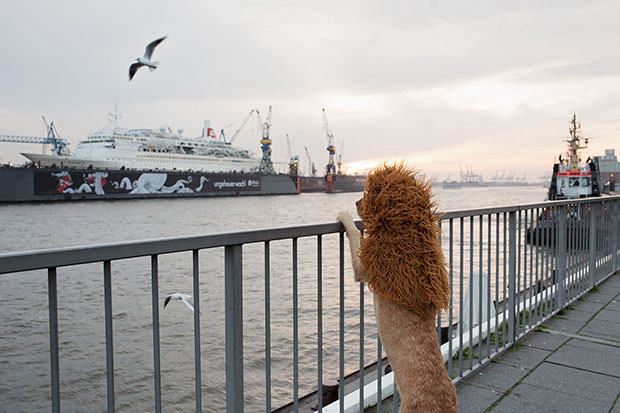 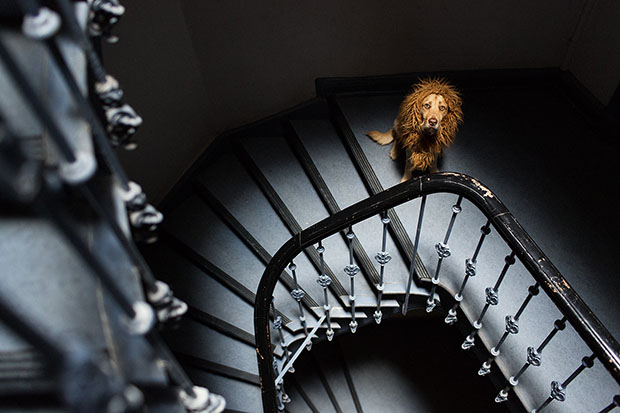 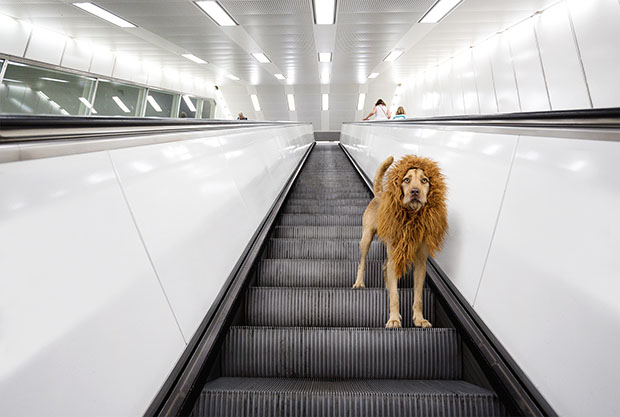 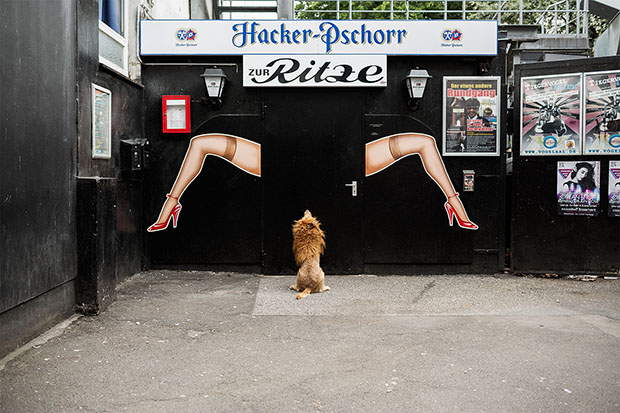 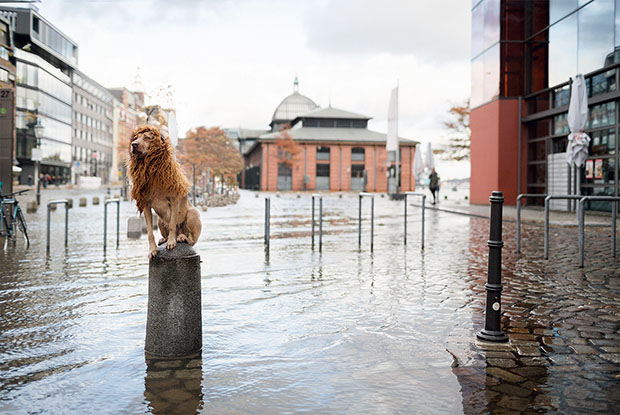 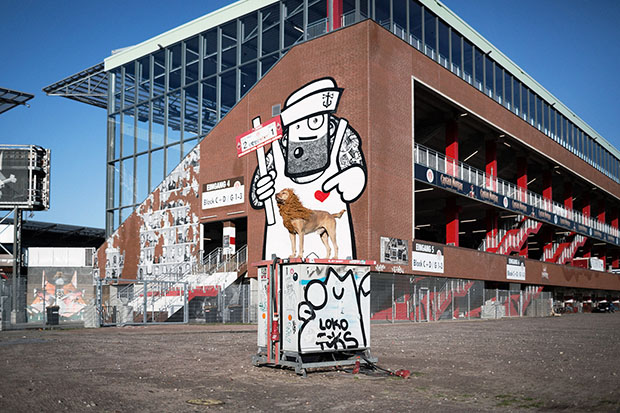 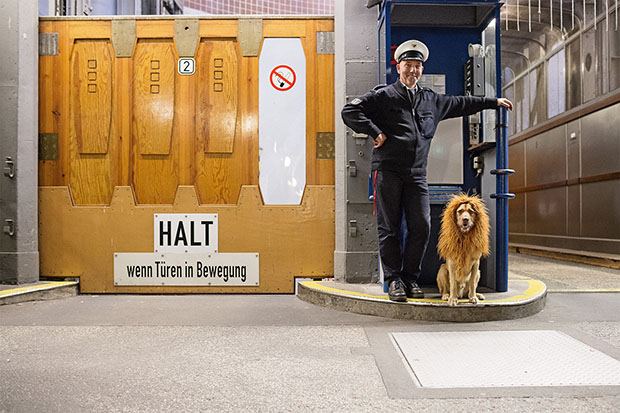 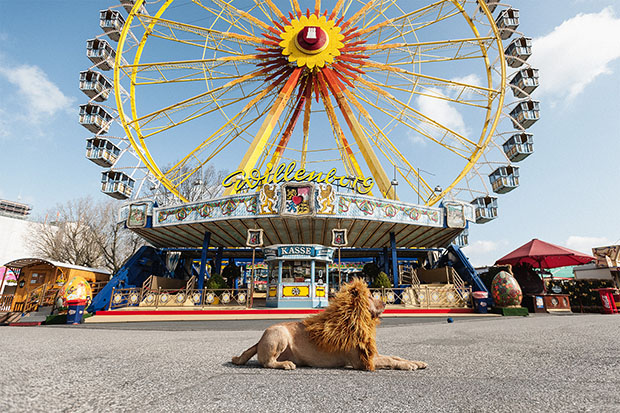 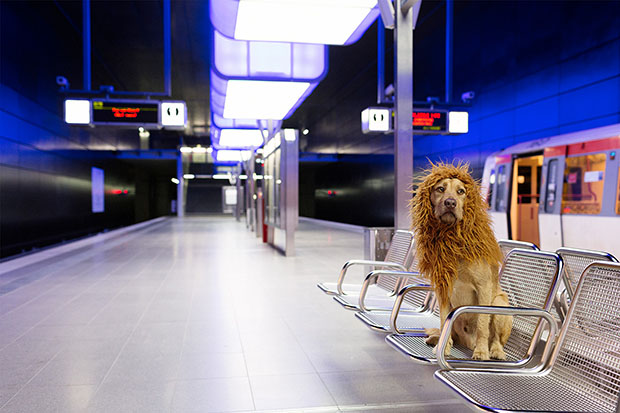 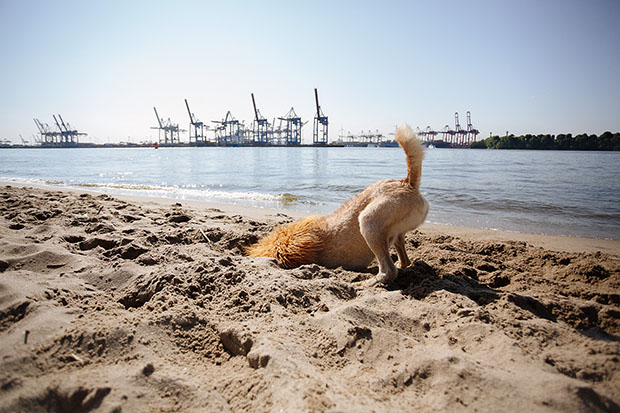