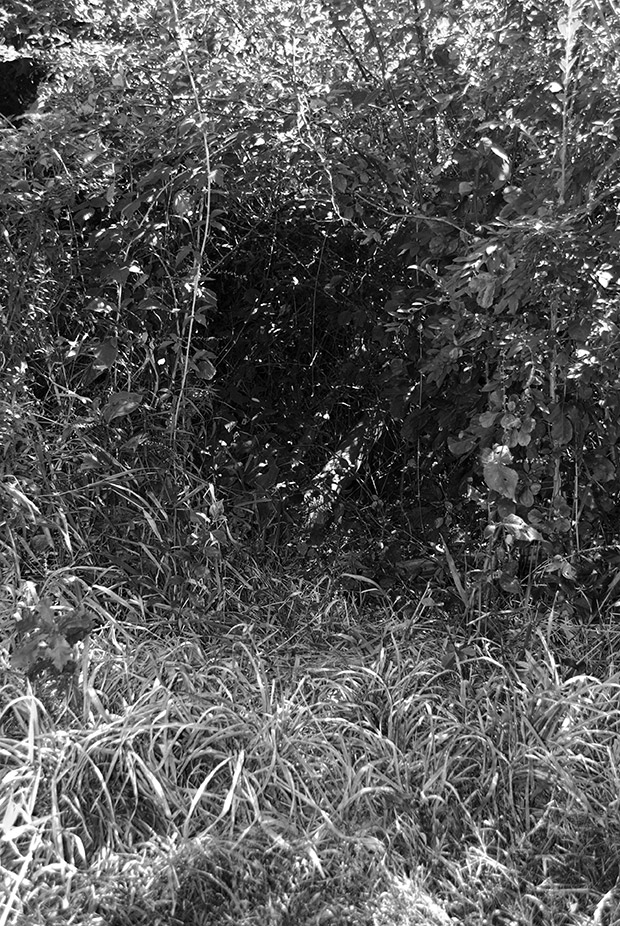 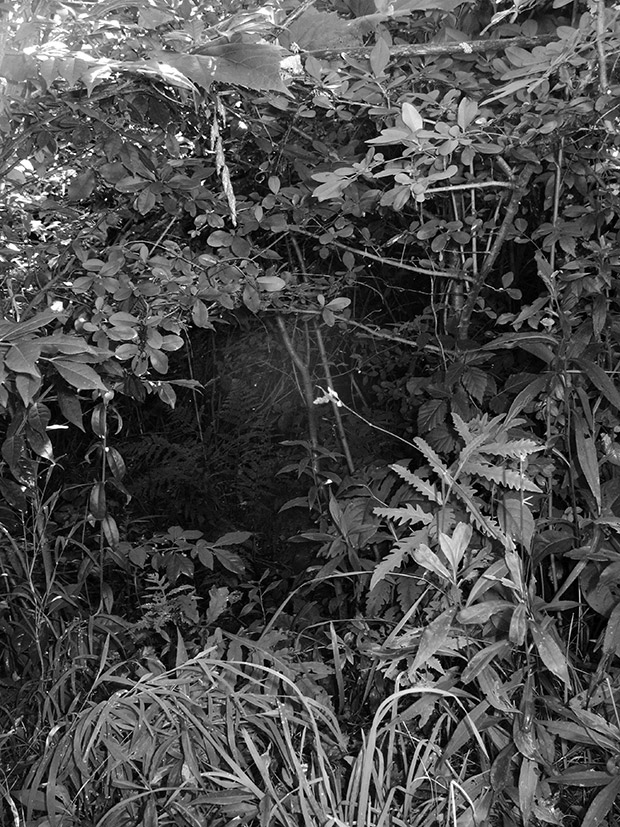 For Dog Holes (and Other Pictures Taken in the Woods), Massachusetts-based photographer Trevor Powers traces the small and ephemeral ways in which dogs have transformed and left their mark the Northampton dog park, a wood that lies close to his home in The Pioneer Valley. Following his own dog Stevie as he diverges from the circumscribed trails, he discovers a canine realm of temporary hideaways and solitary bowers carved into the wild thickets of the wood.

Powers was first introduced to Stevie while living in Texas, where the dog was confined to a neighbor’s yard. The photographer and his partner, touched by the pup’s barks and pleas to be allowed inside, ultimately adopted him, moved to Boston and eventually to Western Massachusetts. Since 2013, Powers and Stevie have taken daily walks through the nearby wood, where the dog is untied from his leash and let loose to explore the sites and smells of the wilderness. For the photographer, there a few sensations as exquisite as allowing an animal to roam free in nature, in watching the purity of his companion’s exuberance and bliss.

The dog holes and burrows, reports Powers, usually last only for the duration of the summer season. By winter, the woods are blanketed in snow, and small paw prints are the only remaining signs of the frolicsome adventures of the dogs. 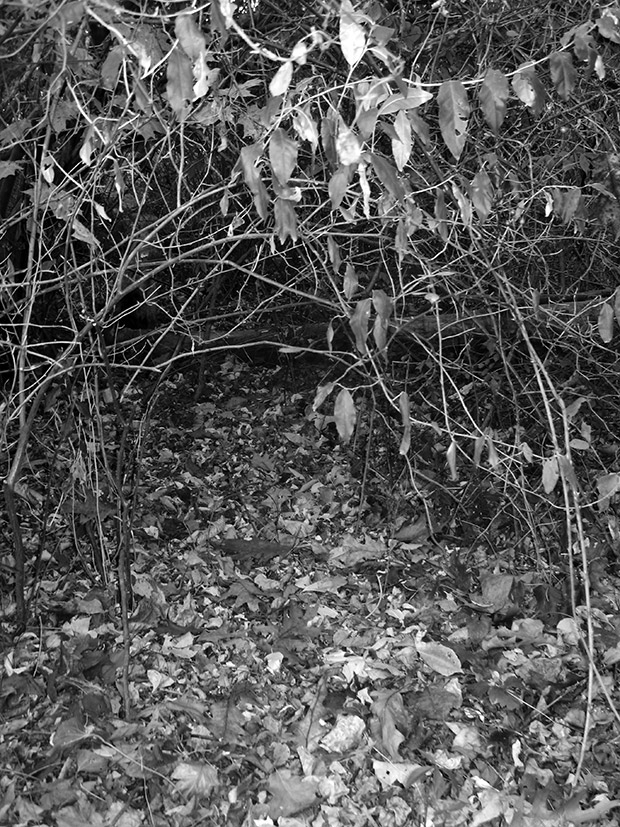 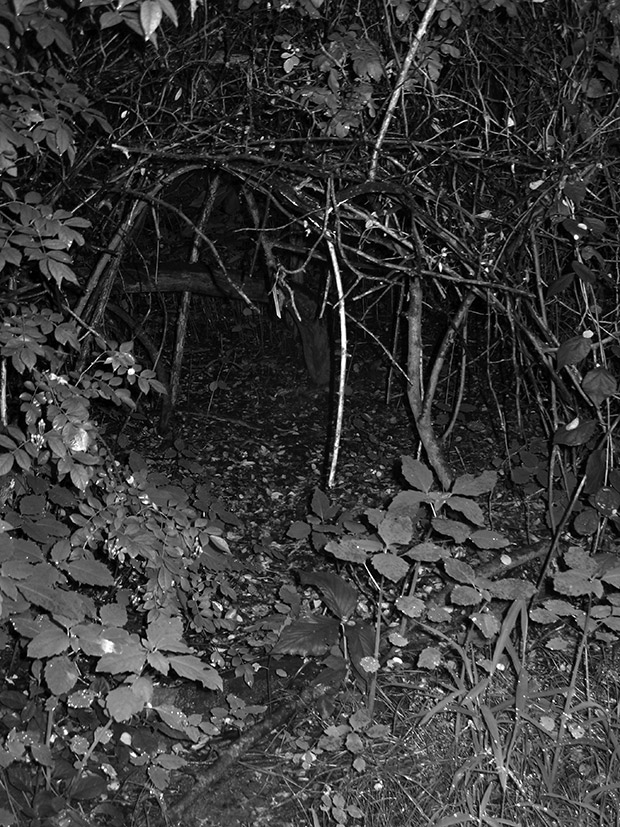 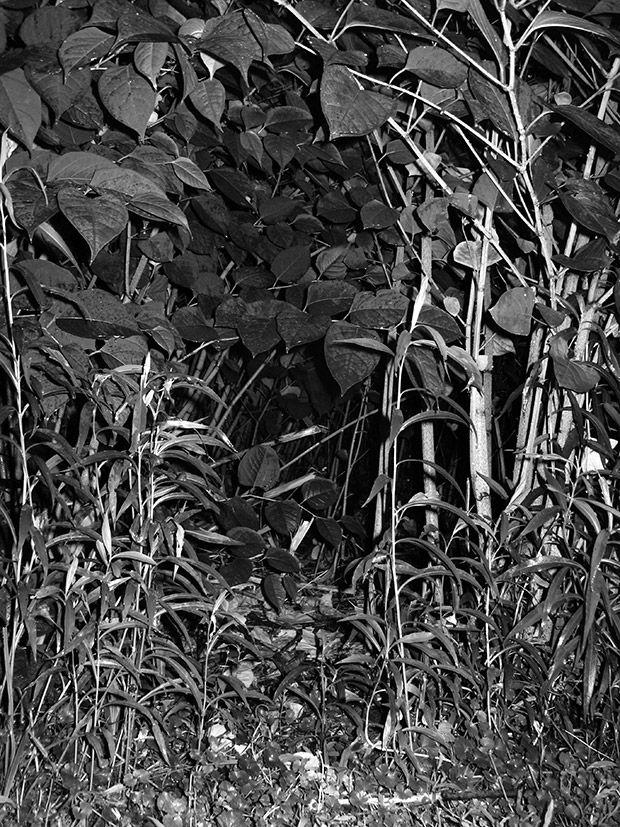 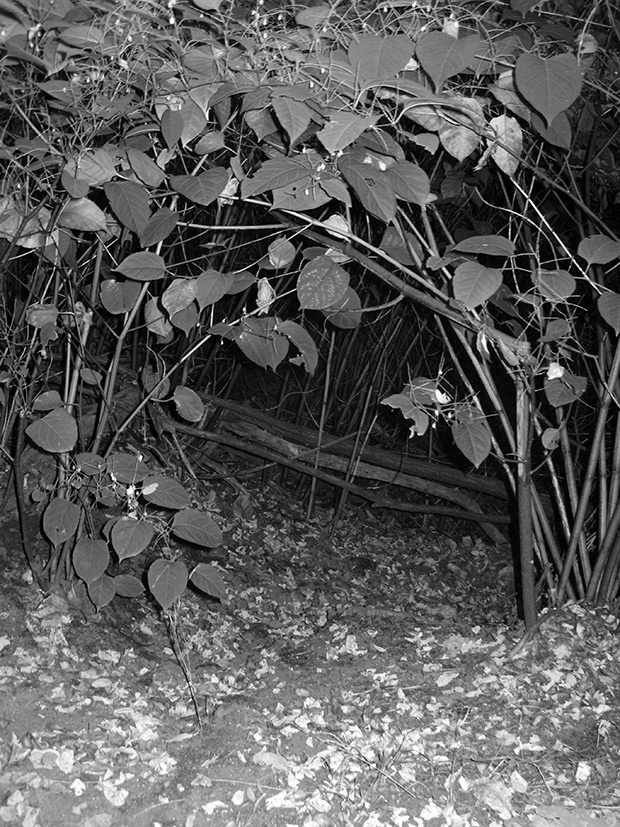 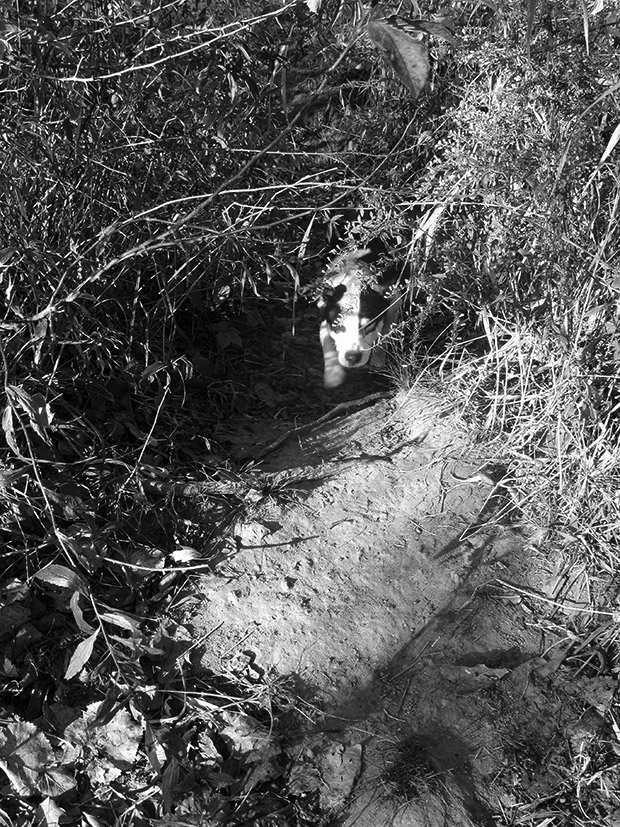