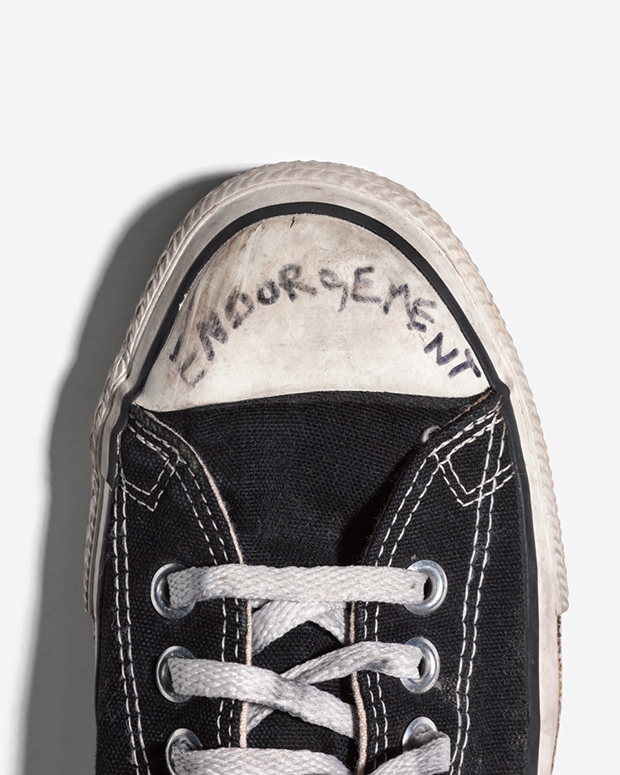 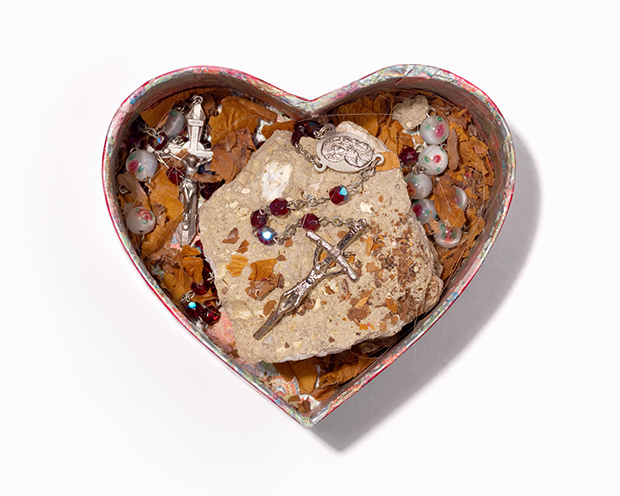 In 2007, Los Angeles-based photographer Geoff Moore was commissioned by the Estate of Kurt Cobain to document the mementos left behind by the 27-year-old musician. He was given exactly one day with the items cherished by the rock star, kept enshrined within a high security storage center and transported to a studio. The pictures would appear first in the book Cobain Unseen by Charles R. Cross, and on February 11th, they will be unveiled large-scale at KM Fine Arts.

In some ways, Cobain’s closely guarded box of treasures is a time capsule of an entire generation, but Moore’s archive succeeds in being about one person, or perhaps two. Here, we find the heart-shaped boxes and dolls so beloved by the musician and his wife Courtney Love. There are a thousand inside jokes in these photographs, some of which we are permitted to understand—as with the scrawled lyrics of Frances Farmer Will Have Her Revenge on Seattle on the skeleton of a broken guitar—but most of which remain (paradoxically) private.

Ultimately, like Cobain’s music, Moore’s images don’t give us any easy answers. Like the man who once possessed them, these relics, in being unveiled to the public, keep at least as much hidden as they reveal. There’s an almost occult presence in these objects, as seen in the delicate rosaries. The broken, brittle virgin becomes almost a weeping statue, an apparition from a world beyond our reach. With Moore’s photographs, we can hold fast to the tangible remnants of the legend that was the Nirvana frontman, while simultaneously allowing him—as he always had done in life—to slip away from our grasp. 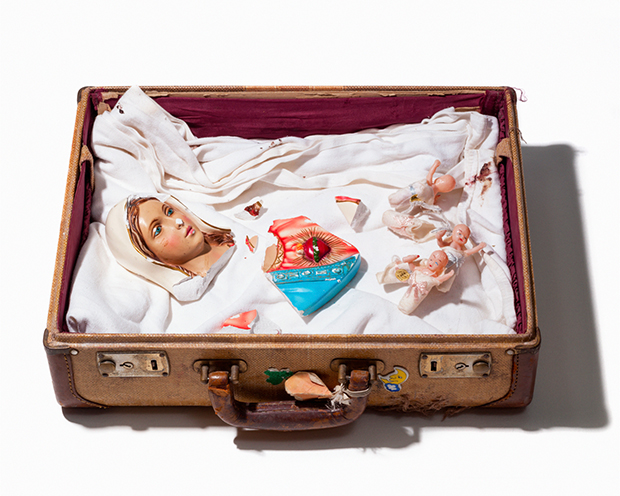 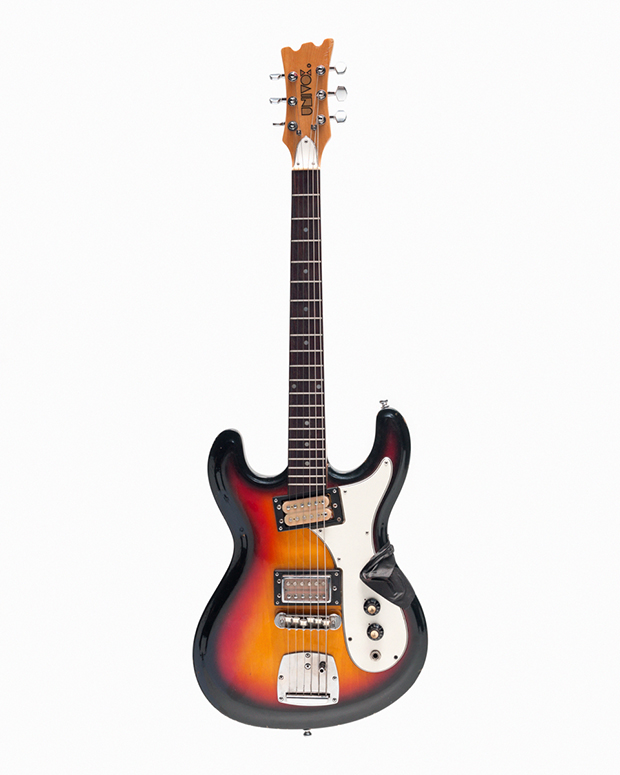 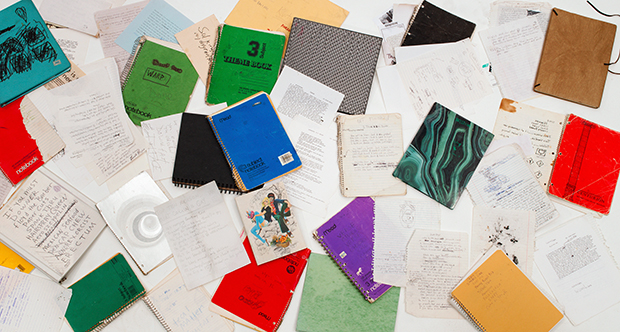 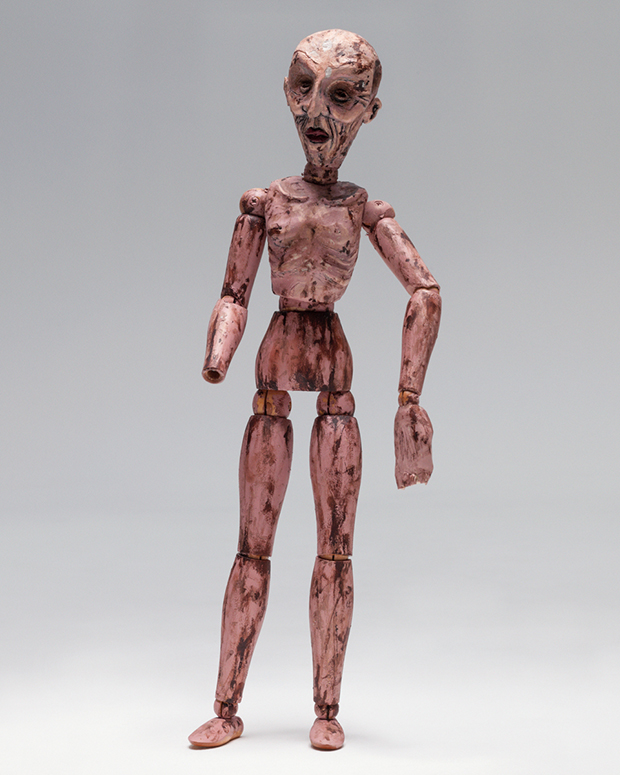 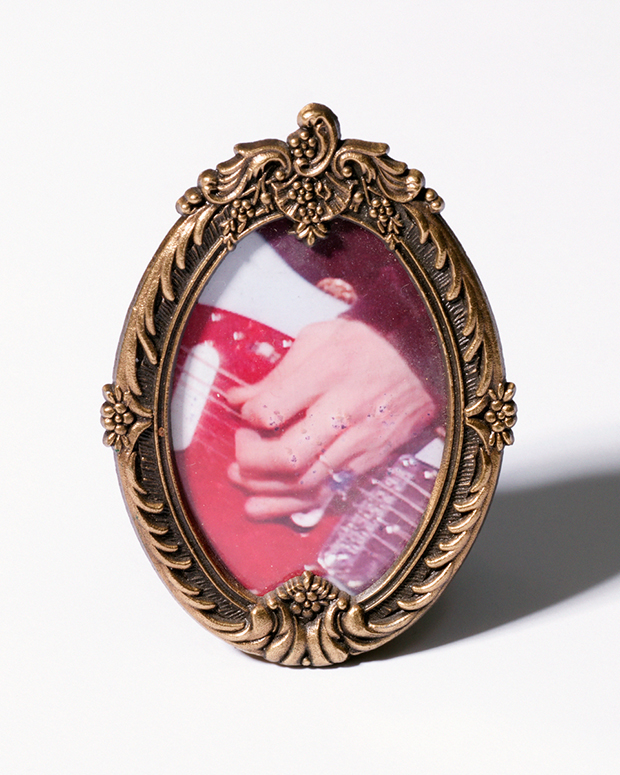 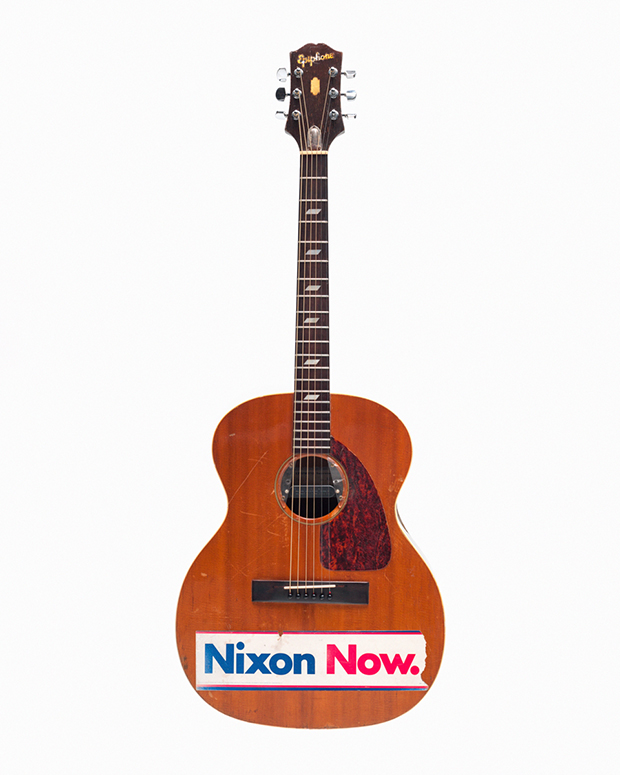 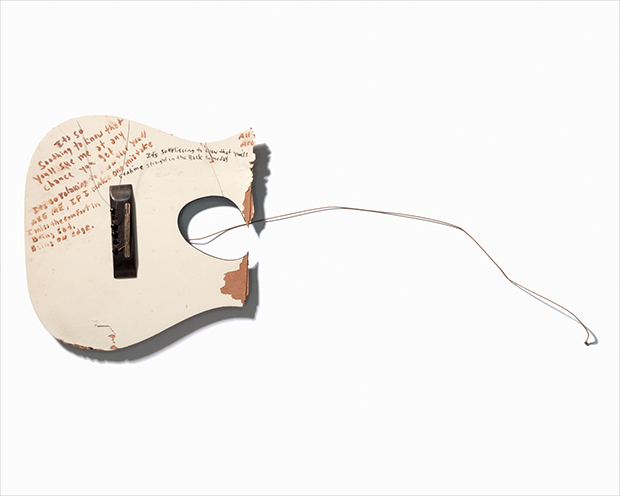 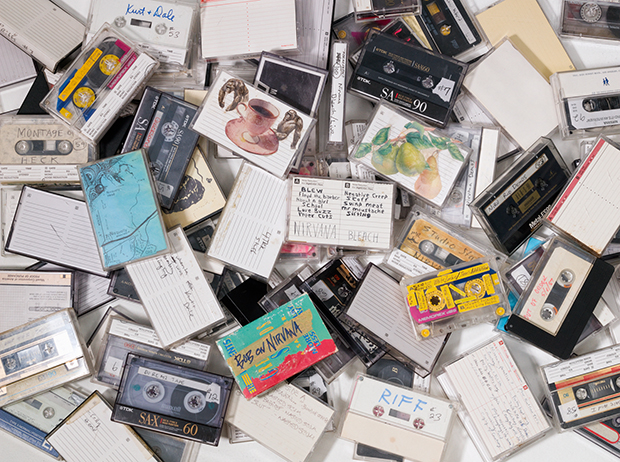