Photographer Returns to His Childhood Home Where He Lived With His Mother, a Compulsive Hoarder 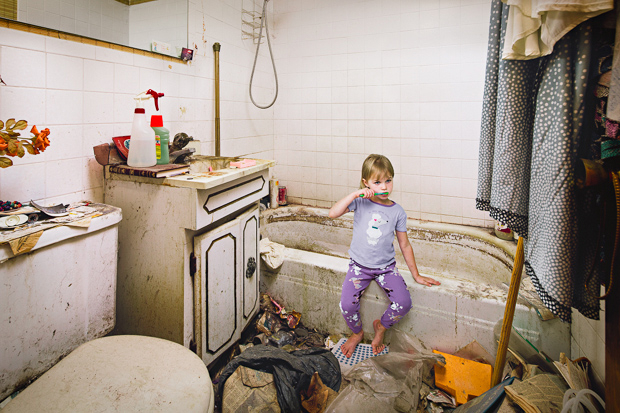 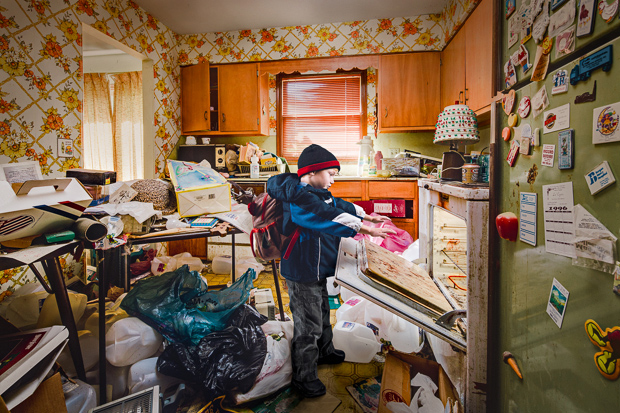 When Omaha-based photographer Geoff Johnson was a child, he would hide silently behind the front door of his house whenever someone came to visit, emerging only after they turned their backs so as to obscure their view of the interior of his house. This, he explains, was one way of coping with his mother’s compulsive hoarding.

During his childhood and adolescence, Johnson and his sister lived in a house without a working refrigerator, air conditioner, or running water outside of the bathtub, with few places to eat amongst the encroaching debris. For Behind the Door, the photographer returns to that house for the first time in two decades, sifting through and photographing what remains.

Revisiting the house for the first time since his departure in 1995, Johnson found the house almost exactly as it had been during his youth, the major difference being its current state of abandonment. Instead of capturing merely the residue of his former home, the photographer traces the lived experience of himself and his sister by casting in their place his son and her daughter, who were edited into the images, as the house was not safe for them to visit in person.

After years of avoiding the house’s interior, Johnson’s homecoming brought with it a flood of emotions, and at times he was hurled back into the mind of his forgotten self. When a neighbor he recognized approached, he stiffened as he had done a quarter century before. Family pictures lay exposed and unframed on surfaces, and he says, “the fear and vulnerability” stayed with him as he made his way from room to room.

Johnson’s re-entrance into the house, he says, has allowed him to reopen—and ultimately to heal— old wounds. Though he is able to access those long-ago memories, he was able to return fortified with the passing of the years. As an adult, he has gathered an understanding of the situation that eluded him as a child. After many conversations with his mother during her lifetime, photographing the home has empowered him to recognize, to heal, and perhaps most of all, to forgive what happened in the past.

Occasionally, he and his sister have brought up their childhoods with their own kids, but he admits that for now, they’re too young to grasp it. Johnson isn’t sure how exactly those years marked his growth and the course of his life, except that it has instilled within him a firm idea of what home should be. “My house now is a place I want my kids to feel safe and welcomed,” says the artist.

Behind the Door was created in collaboration with digital artist Randy Teet and assistant Jennifer McShea. 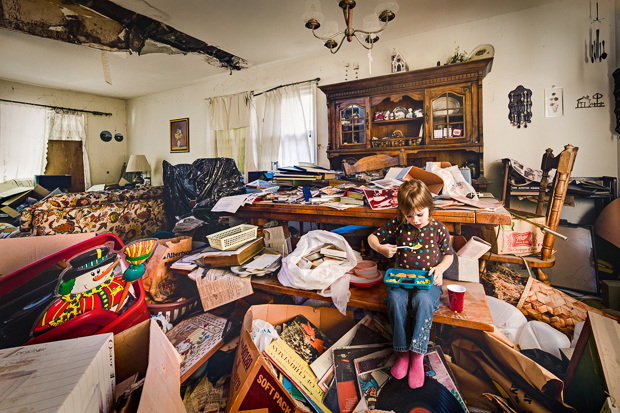 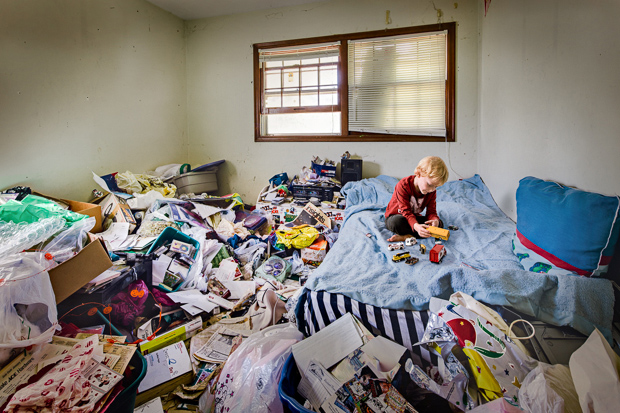 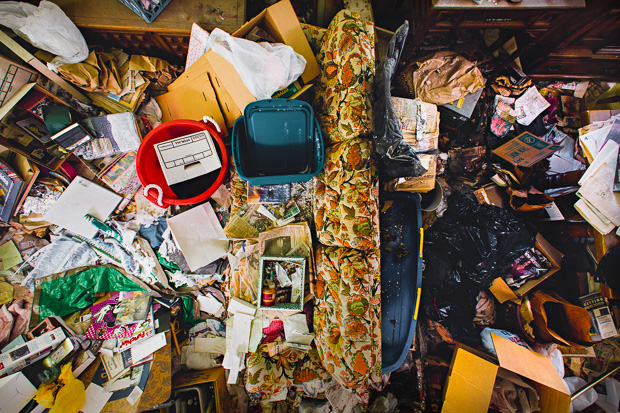 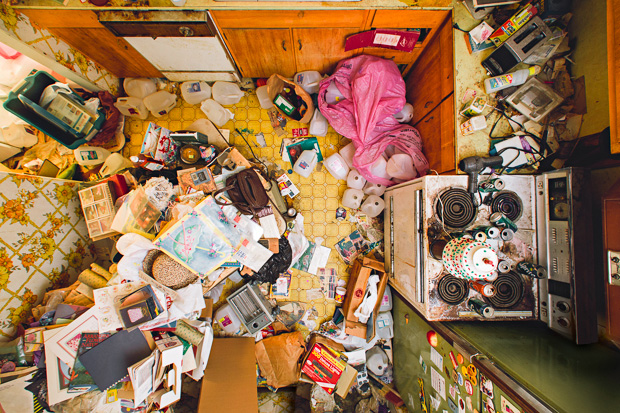 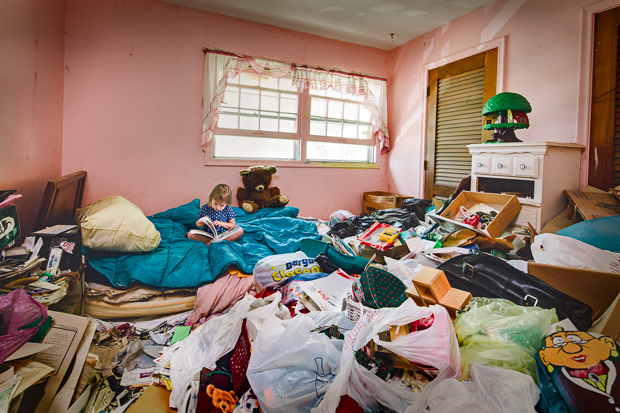 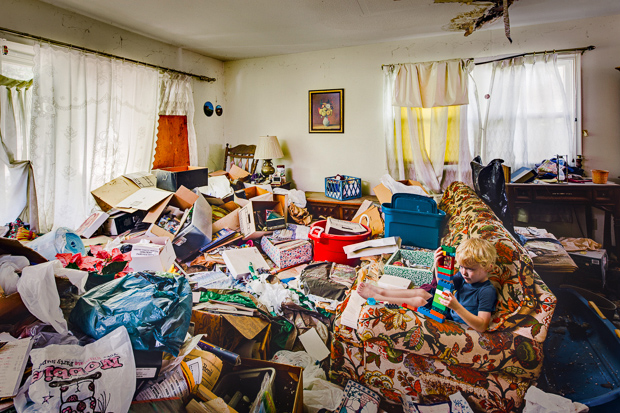 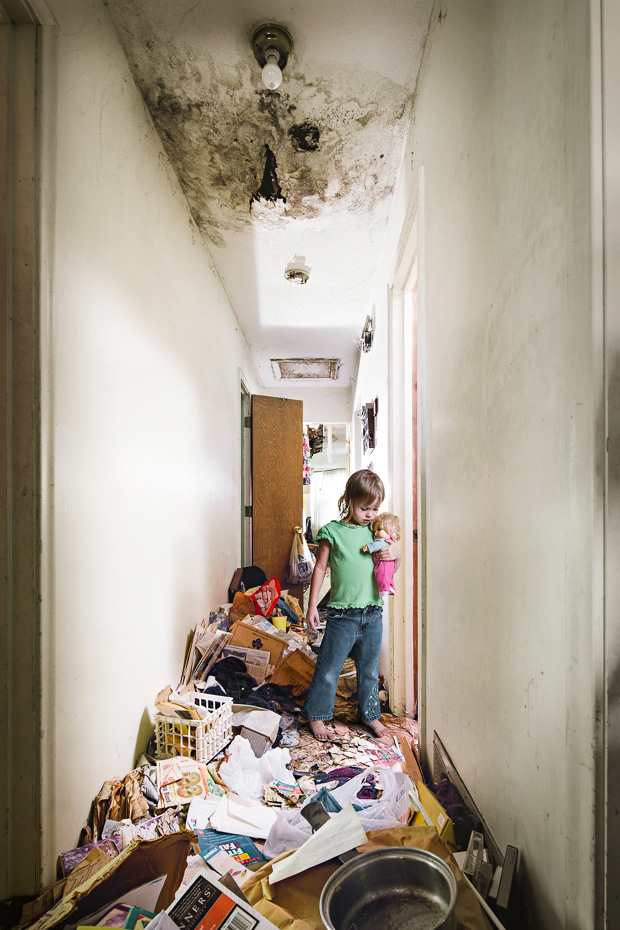 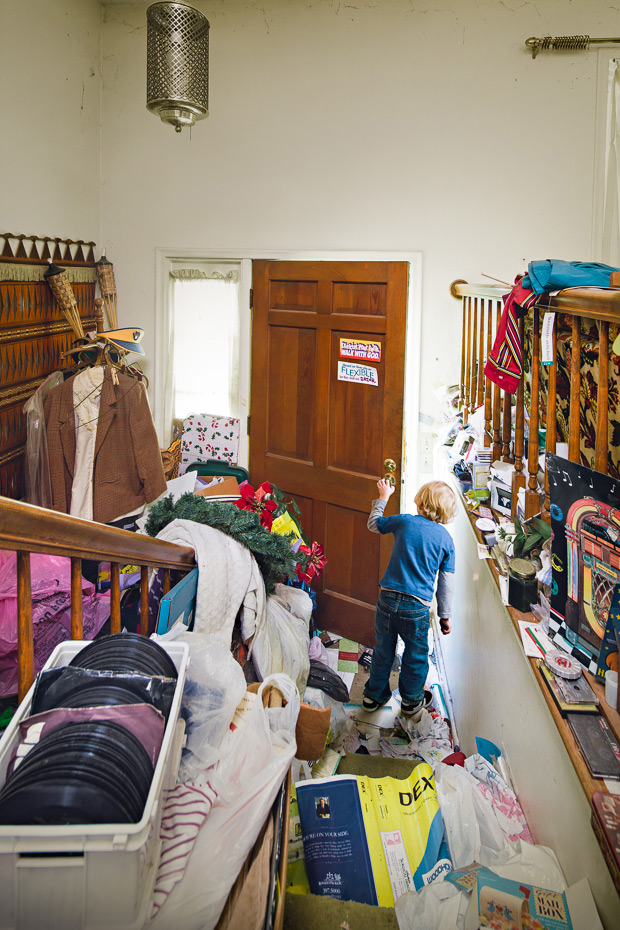