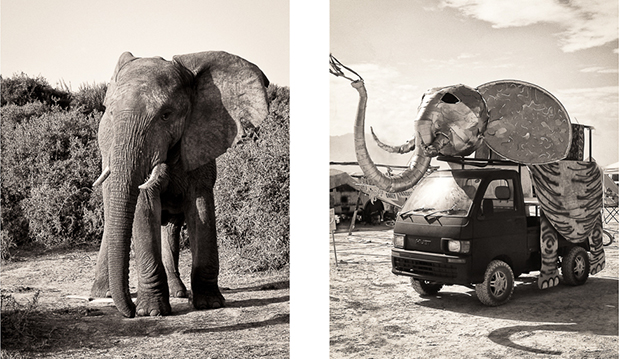 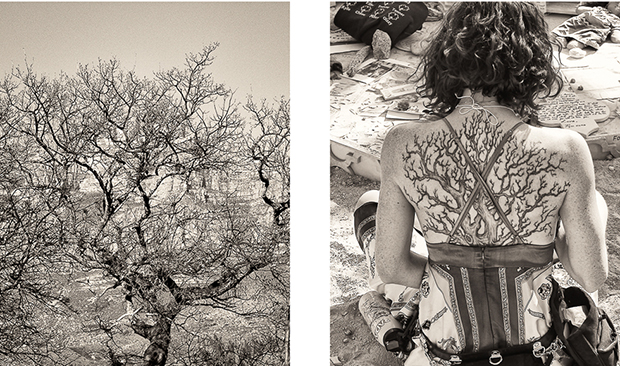 When Houston-based photographer Priscilla Kanady embarked on a much-anticipated journey to South Africa, she longed to soak in the place, to find rare and precious moments within the span of her two week stay that would linger by her side long after her feet touched home. Two weeks later, as she made her way the Nevada desert for the annual Burning Man festival, she found her recent memories of South Africa echoed within the temporary Black Rock City, which stands for exactly one week every year before being burned to the ground or cleared out without a trace.

A Concert of Commonality–for which the artist created diptychs featuring one image from South Africa paired with a comparable shot from Burning Man– is Kanady’s ode to both destinations and to the threads that bind the two communities over more than ten thousand miles. It’s not the obvious sights or the most remarkable landmarks that tie this nation of over 50 million to the pop-up city of tens of thousands but the smaller in-between figures, the subtle movements and the souls that populate the periphery.

Both South Africa and Black Rock City, suggests the photographer, welcomed her with open arms, and in both communities she was able to seek out visions that were at once rare and familiar, foreign and universal. Ultimately, A Concert of Commonality isn’t so much about South Africa, with its fifty-four years of history, and Burning Man, with its seven days, as it is about the rhythms and melodies that course throughout humanity as a whole, joining us in ways that are far too often left invisible. 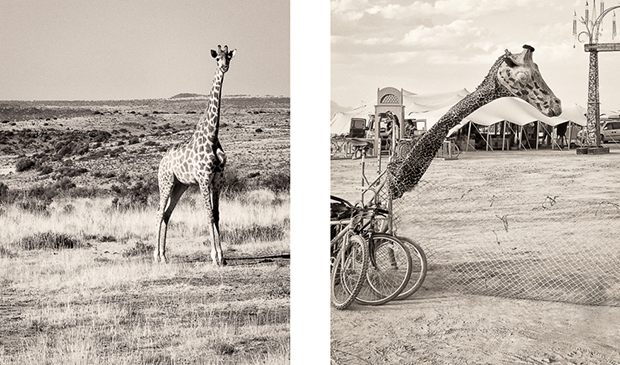 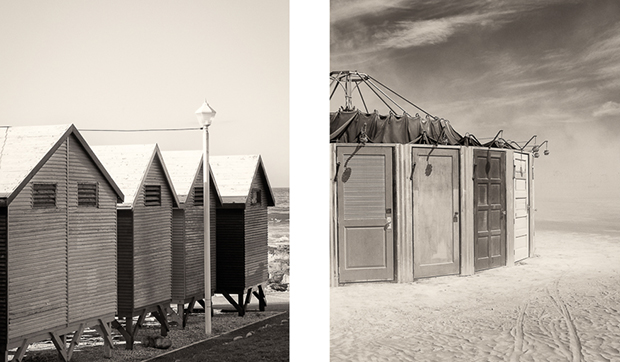 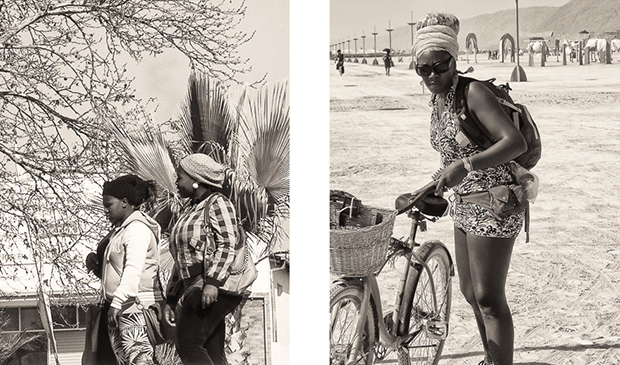 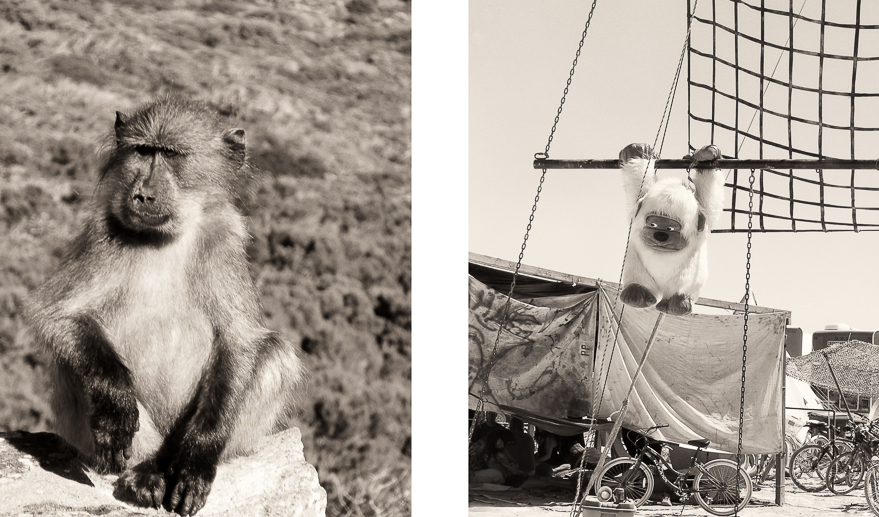 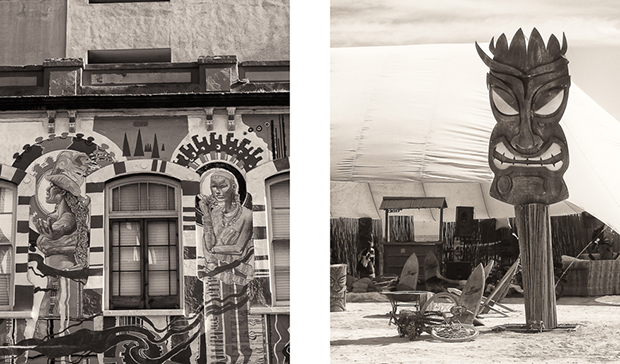 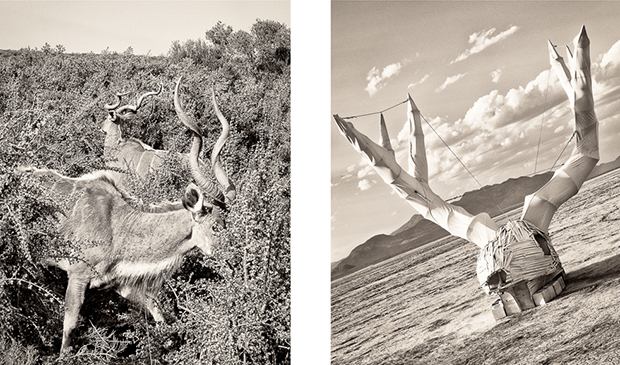