One Photographer’s Astonishing Depiction of Inequality 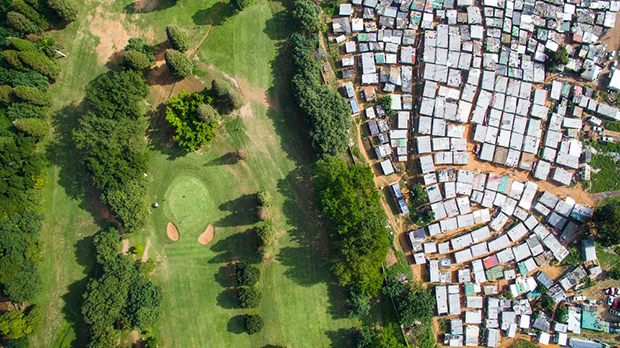 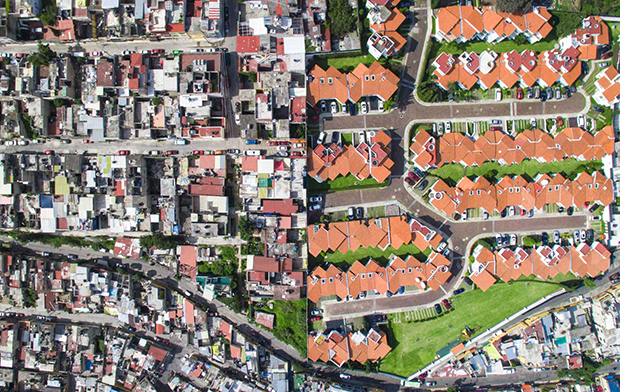 In 380 B.C.E. the Greek philosopher Plato wrote in Book IV of The Republic, “Any city, however small, is in fact divided into two, one the city of the poor, the other of the rich.” More than two millennia later came the invention of the drone and a photographer named Johnny Miller, who set forth a similar proposal in pictures.

Unequal Scenes began in Cape Town, South Africa, where the scars of apartheid still stretch across the urban sprawl. Flying a drone across the landscape, Miller discovered to his astonishment the stark contrast between the gated communities, golf courses, and rows of small, densely populated dwellings with tin roofs lined by dirt roads.

Before the end of apartheid in 1994, segregation was legally enforced and architecturally reinforced. Decades later, Miller could still make out where the former “buffer zones” between communities had been.

Miller’s Unequal Scenes went viral around the world, sparking much-needed if sometimes uncomfortable conversations about economics, race, and prejudice. Though in Cape Town the problem is easy to map, South Africa certainly doesn’t bear the weight alone. Unequal Scenes exist all over, as much today as they did in Plato’s time.

The photographer has taken the project to Johannesburg, Nairobi, and Mexico City. The work has been criticized for expressing complex ideas in a way that seems simple, clear-cut, but Miller has a response to this line of questioning: he’s not showing anything that isn’t there. These are the places we call home.

Nelson Mandela famously said, “As long as poverty, injustice and gross inequality persist in our world, none of us can truly rest.” South Africa, it seems, along with cities across the entire planet, have never fully come to rest. 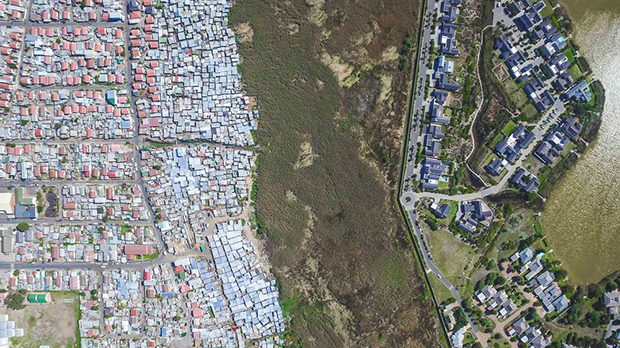 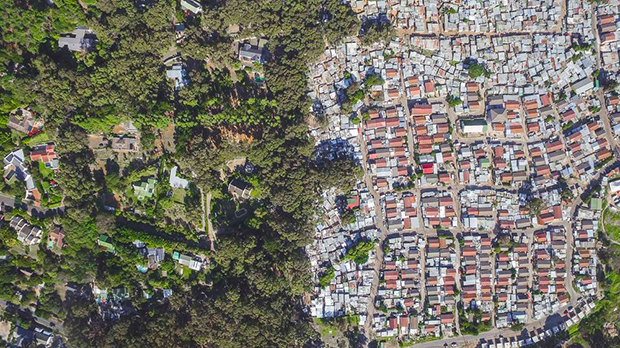 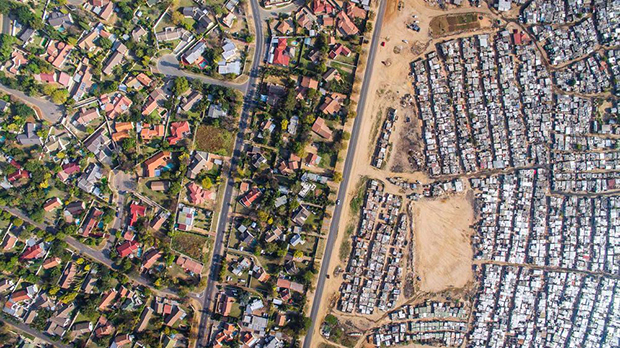 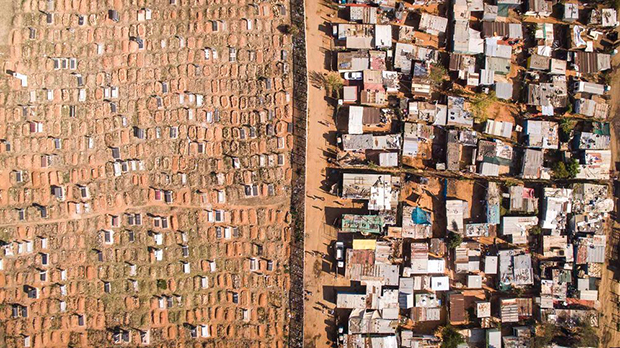 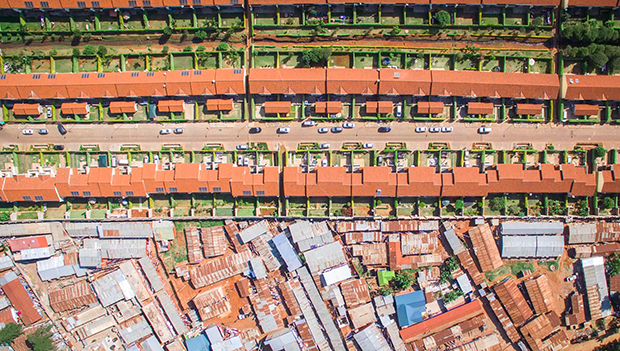 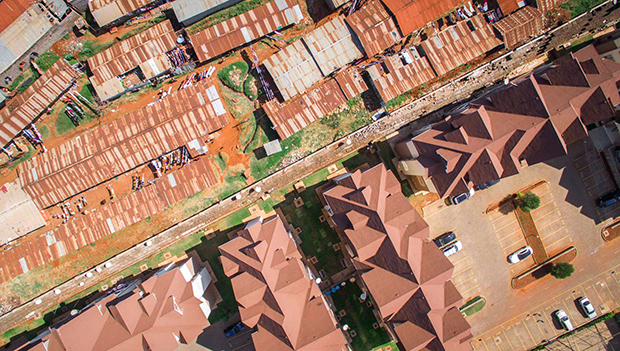 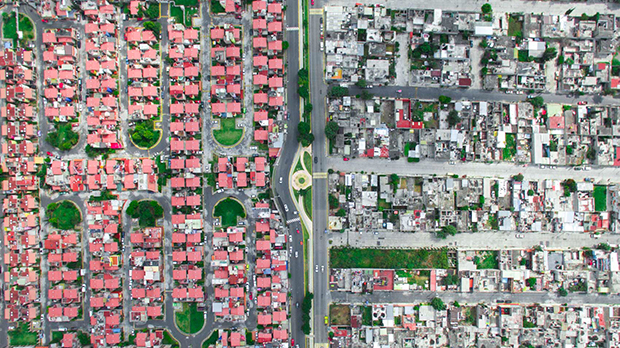