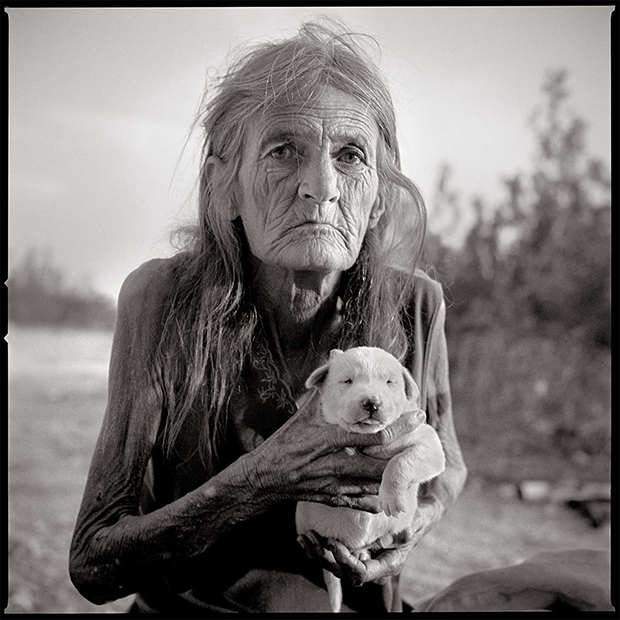 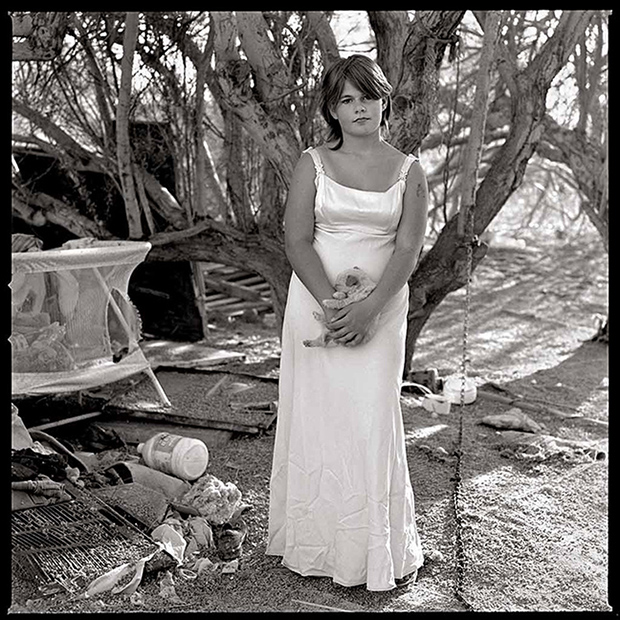 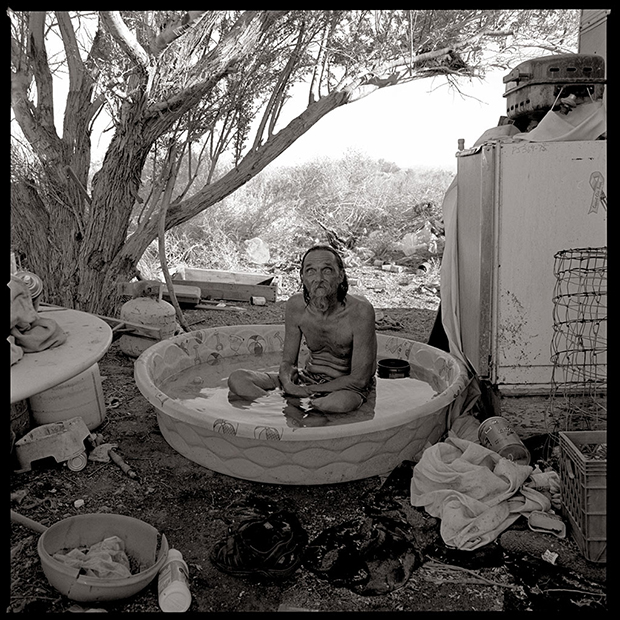 It’s over 100 degrees, and flies fill the dusty desert terrain. Homeless dogs wanter about, trying to sniff out a bite to eat amongst the trailer and camper homes set up for the resident families, retirees, and nomads. Without electricity or running water, the community runs on generators. It’s a quiet place, but there’s laughter here. The youngsters gather ‘round an older man named Mike, who tells the best stories. This is how Colorado-based photographer Teri Havens remembers Slab City, where years ago, she spent her days amongst a group strangers who soon became forever friends.

The Slabs lie in California’s Sonoran Desert, some 150 miles from San Diego, on a former marine campsite. After the close of the Second World War, it was repurposed into a safe haven for souls both lost and found, young people bitten by wanderlust and the elderly seeking a place to call home. The thousands of wintertime residents and the hundred or so permanent homesteaders seek out a life in Slab City for their own private reasons, be it necessity or desire.

Without the need to pay rent, the people of the Slabs survive mostly on social security or by salvaging scrap metal. Though their lives are colored in part by hardship and heartache, they make do with what they have, cherishing the freedom of the silent desert. Nothing is superfluous, and residents live by their own codes and regulations; human decency and sincerity, suggests Havens, run throughout the most banal aspects of daily life.

The dogs who find shelter in the Slabs are mostly strays, and the people sadly lack the funds and resources to care for the dogs, whose numbers have reached devastating levels. As an offering to the community that she came to call her own for weeks and even months at a time, the photographer at one time teamed up with the Animal Action League to arrange for all the female dogs to be spayed by a mobile veterinary clinic.

The residents came out to give their time to the dogs, asking for nothing in return, and a local rescue was able to find homes for some of the pups. The heat was overbearing, but it was Mother’s Day, and despite the harsh weather, the dogs brought the people together, united in a single cause. When Havens returned to her trailer, she was stirred by the generous gift set on the steps: a single onion.

It’s been nearly seven years since the photographer lived in the Slabs, and the community has changed. With more media attention, the area has attracted a younger crowd looking for a good time without the limits imposed by governments and other authority figures. Some of Havens’s dearest friends have passed away in the intervening years, including Mike, the man who attracted throngs of little ones with his stories and musings.

Even after a battle with cancer, the removal of his tongue, and the resulting deterioration of his speech, Mike continued to make the photographer laugh. Though she has photographs of her friend, she admits, “I could never really capture him on film.” In their last hours together, Havens and Mike drank beer and drove around the place they had both learned to love. When the photographer prepared to leave, she confesses, “he gestured for to open the hood and, in a final and endearing act of concern, he checked my oil.” To this day, she longs to return: “The Slabs will always be part of me.” She titles her series of portraits The Last Free Place.

To help the dogs and cats of Slab City, please consider helping out or donating to the Animal Action League, the team behind the Spay Clinic. 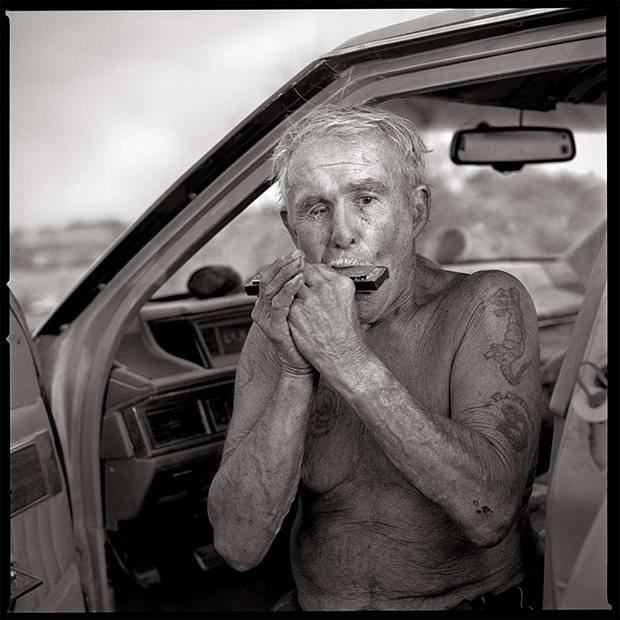 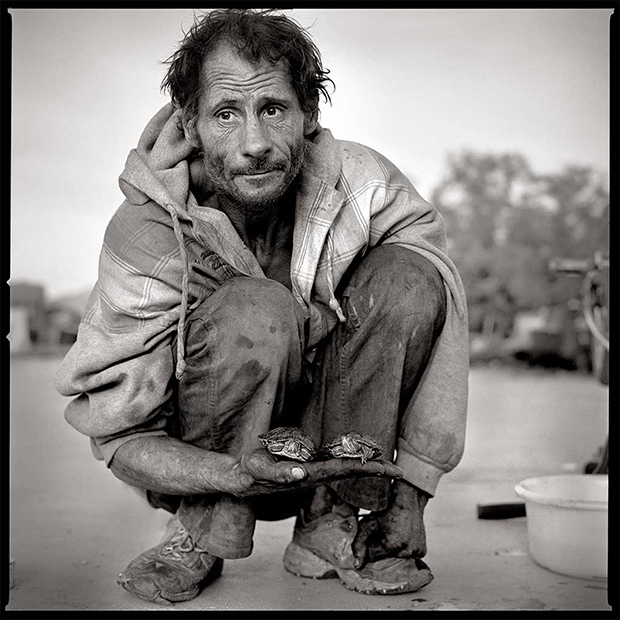 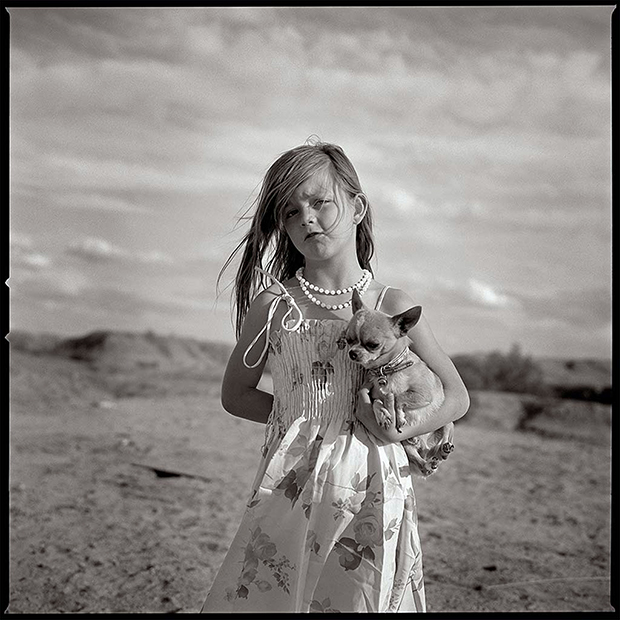 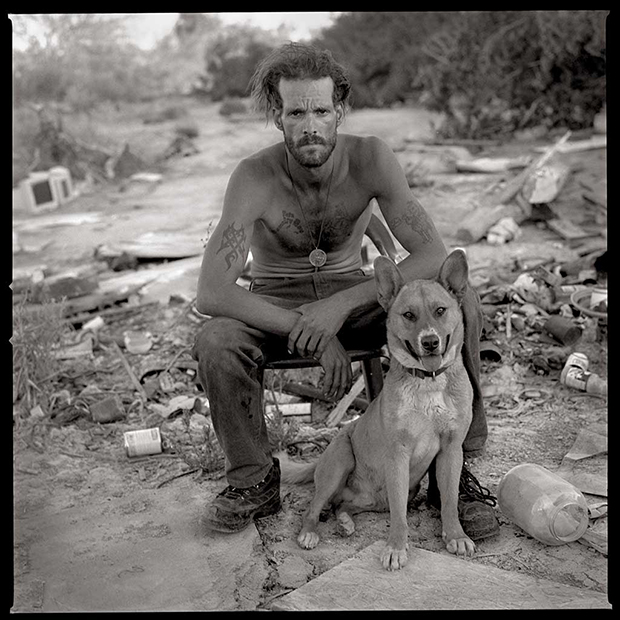 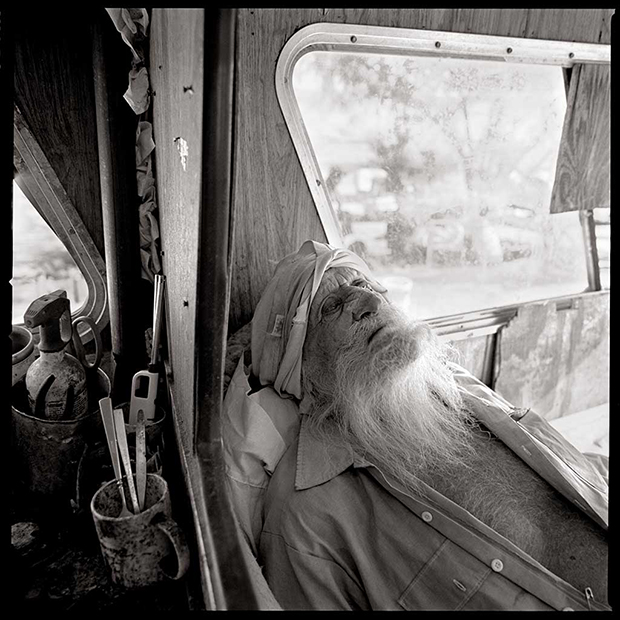 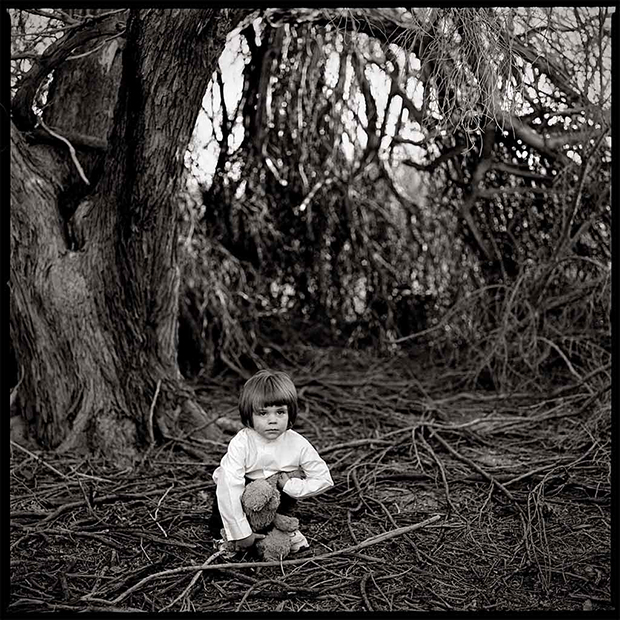 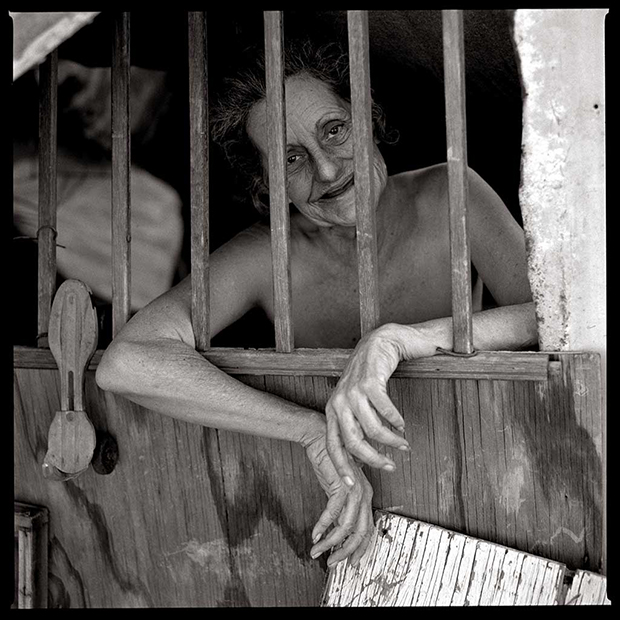 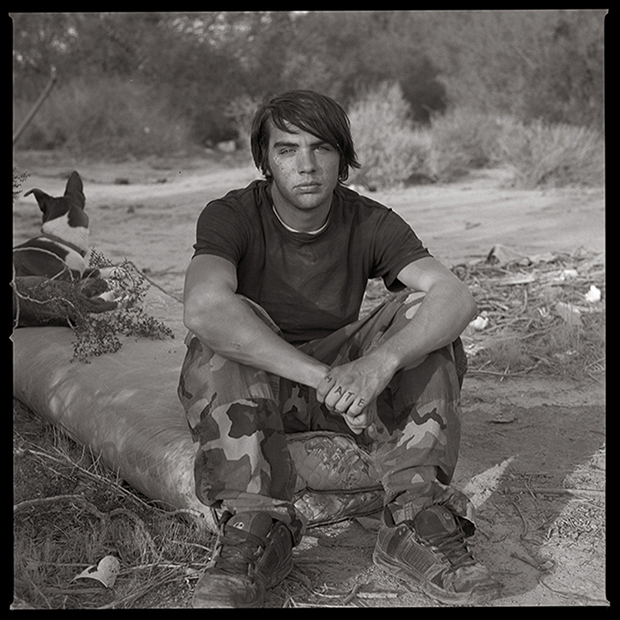 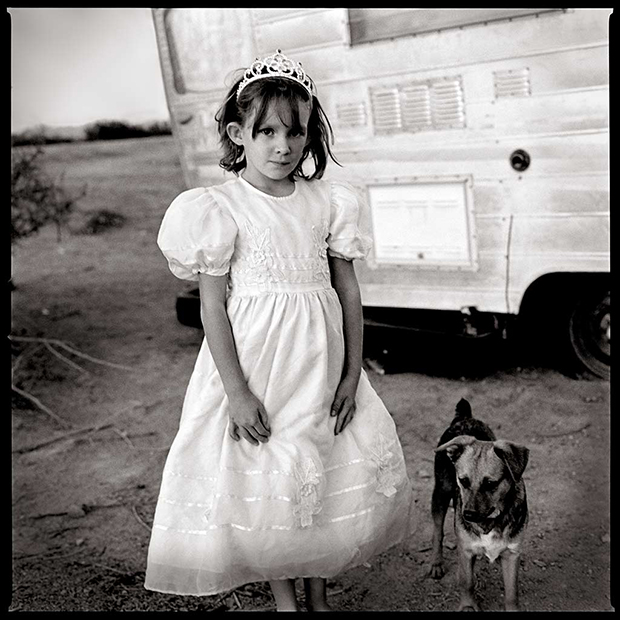 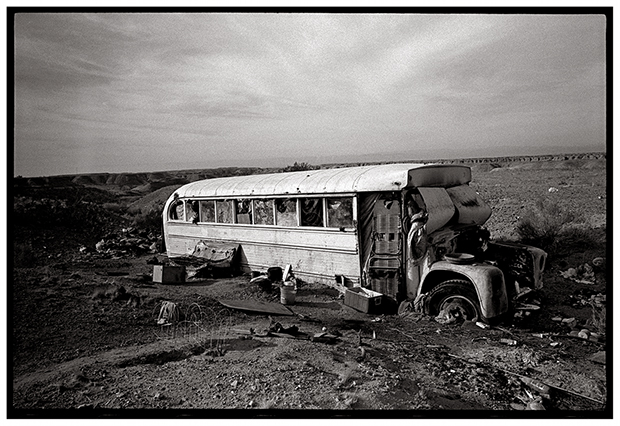 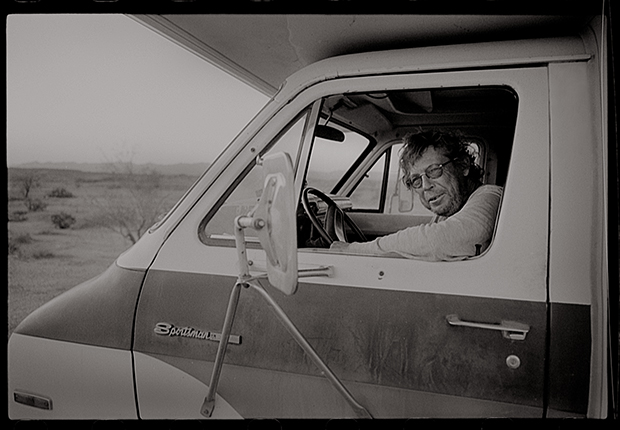