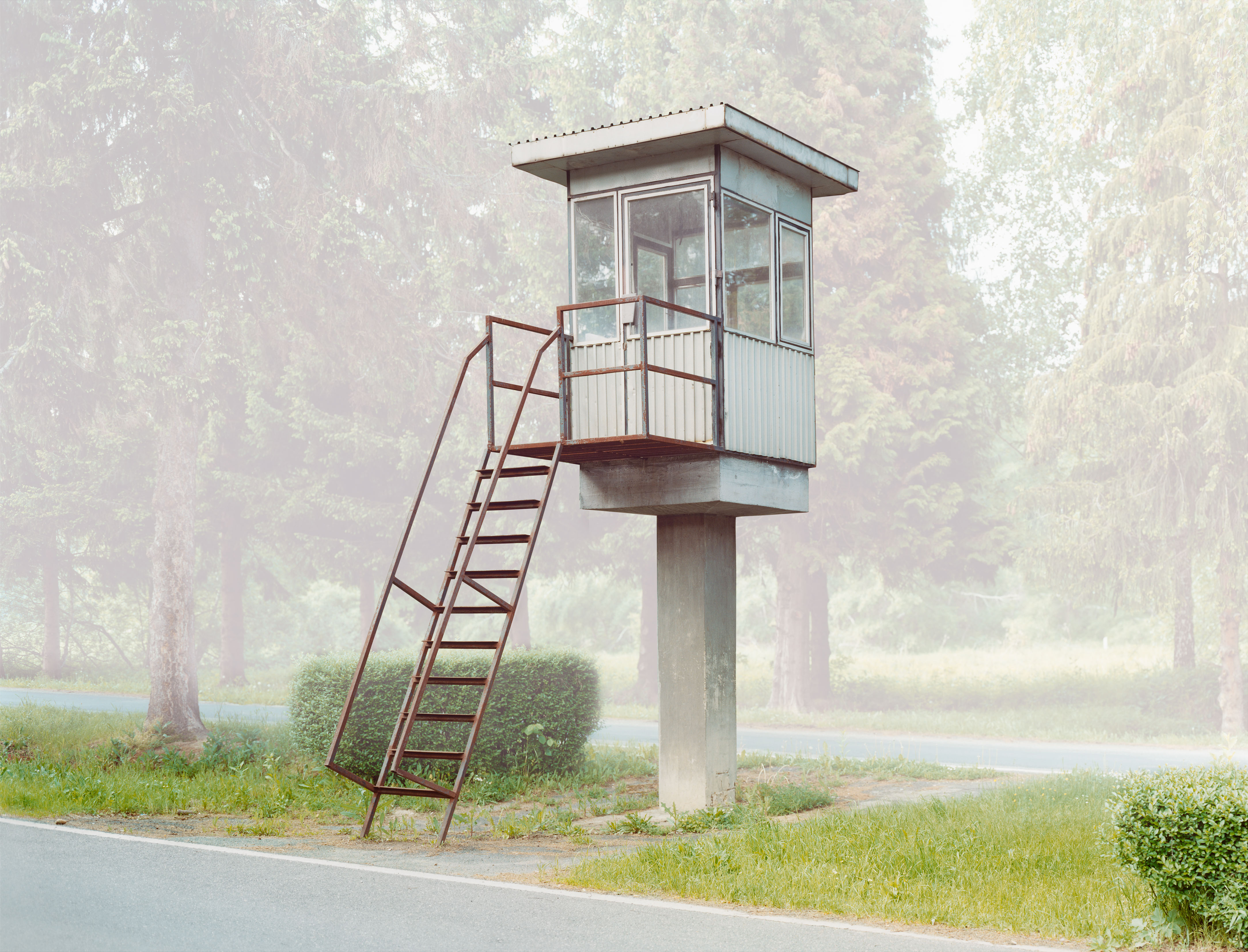 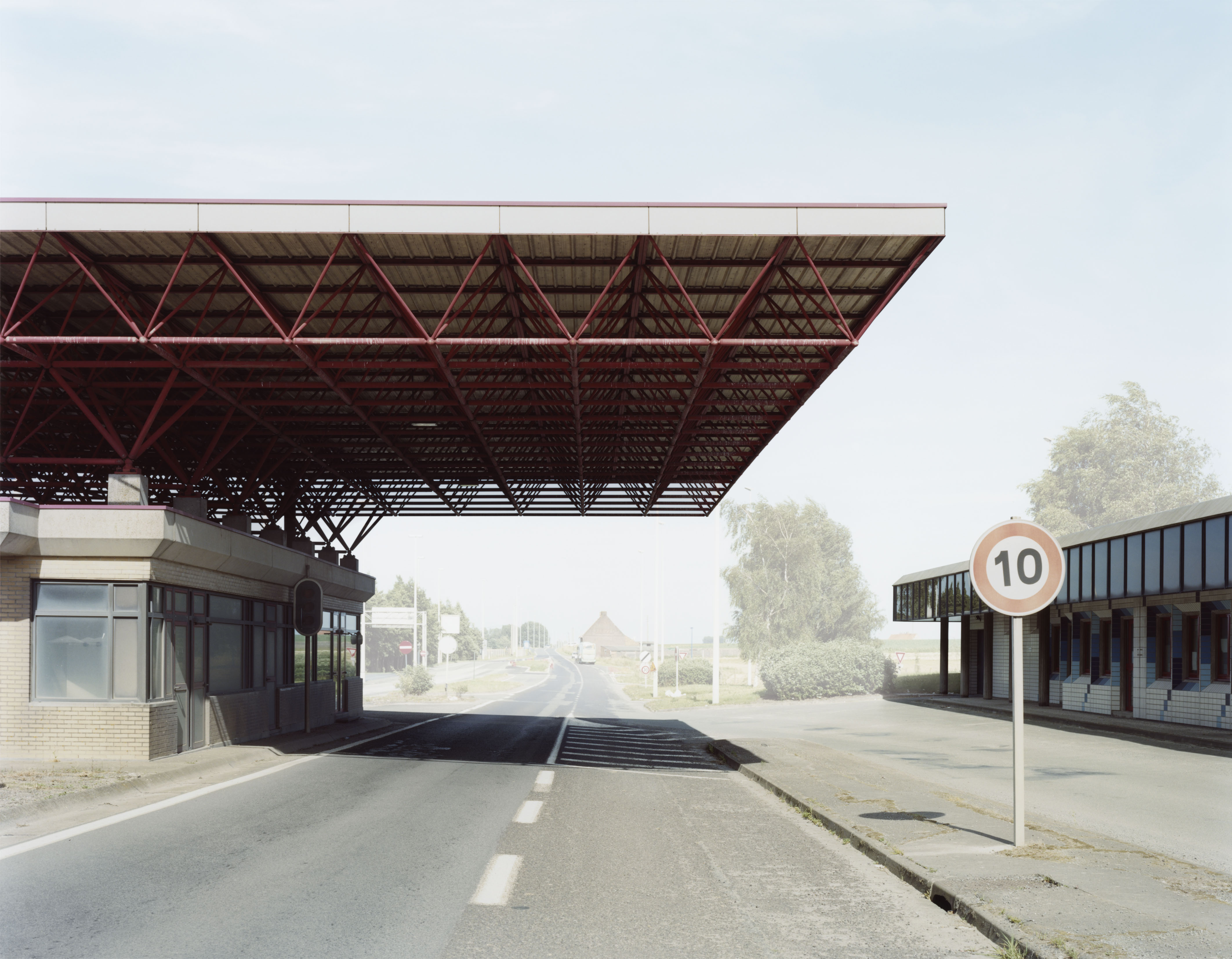 “In the past, national borders were divisive by character,” he explains. “In some cases their purpose was to delineate between political, legal, fiscal and monetary systems, in others between linguistic and cultural differences. Borders were lines, drawn not only across territories but also through our heads. Thus, anything that was different, incomprehensible or irritating belonged in its very own physically defined space.”

While Europe’s internal borders are slowly losing their political and economical function, Schulz is able to transport us to a time when cultural divides existed more than ever. But while checkpoints throughout Europe have become abandoned, these border posts, he says, are much easier to abolish than mental barriers.

“The theme of my work is that of former border stations at inner-European frontiers. In working with these images, what was primarily subject to modification was the background. Landscape contexts are no longer recognizable,” Schulz continues.

“Border landscapes become unspecific and exchangeable. Documentary-style sequencing and de-contextualisation reduce the border posts to a model. Architectural perceptions and period trends in individual countries become apparent. The border posts resemble abandoned sentinels or faded monuments of past partition. They will remind us of what has yet to be achieved, recalling that they could one day easily be returned to their previous function.”

The concept of land borders and checkpoints also interest Josef Schulz for other reasons. He grew up in Poland, “a country whose territory was repeatedly redefined in the course of history.” And while border police have disappeared, checkpoints still remain that unsettle many to this day.

More of Josef Schulz’s work can be seen on his website. 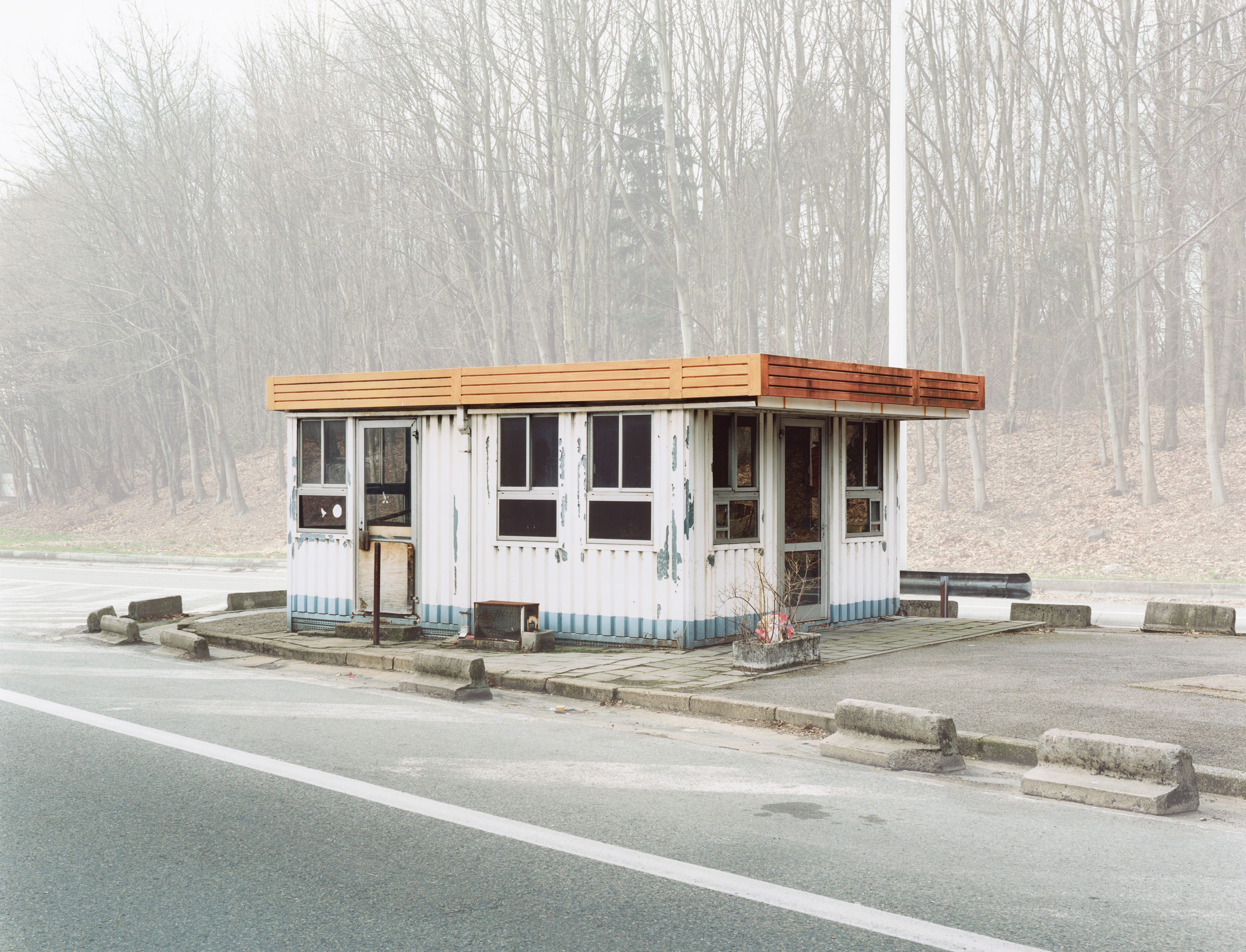 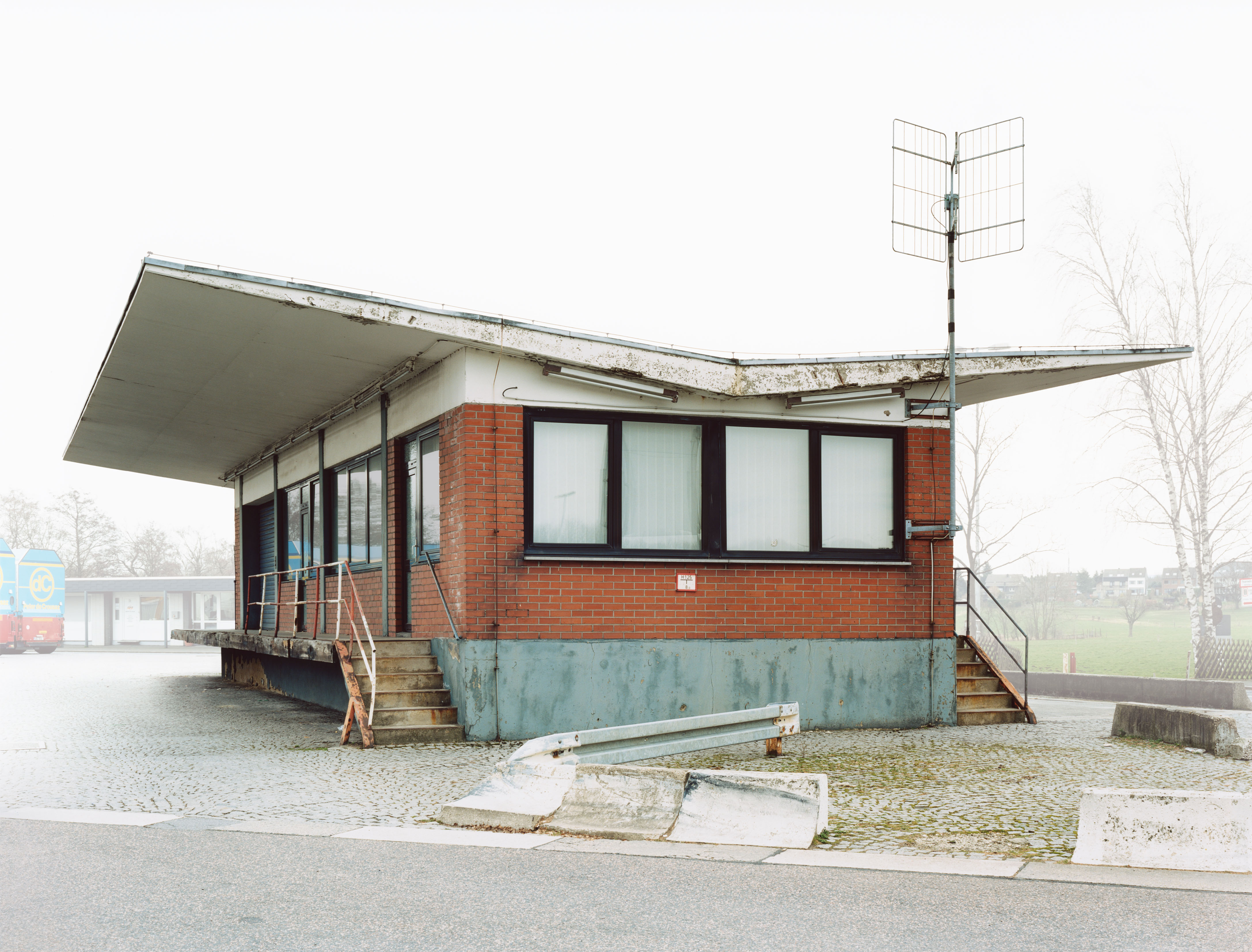 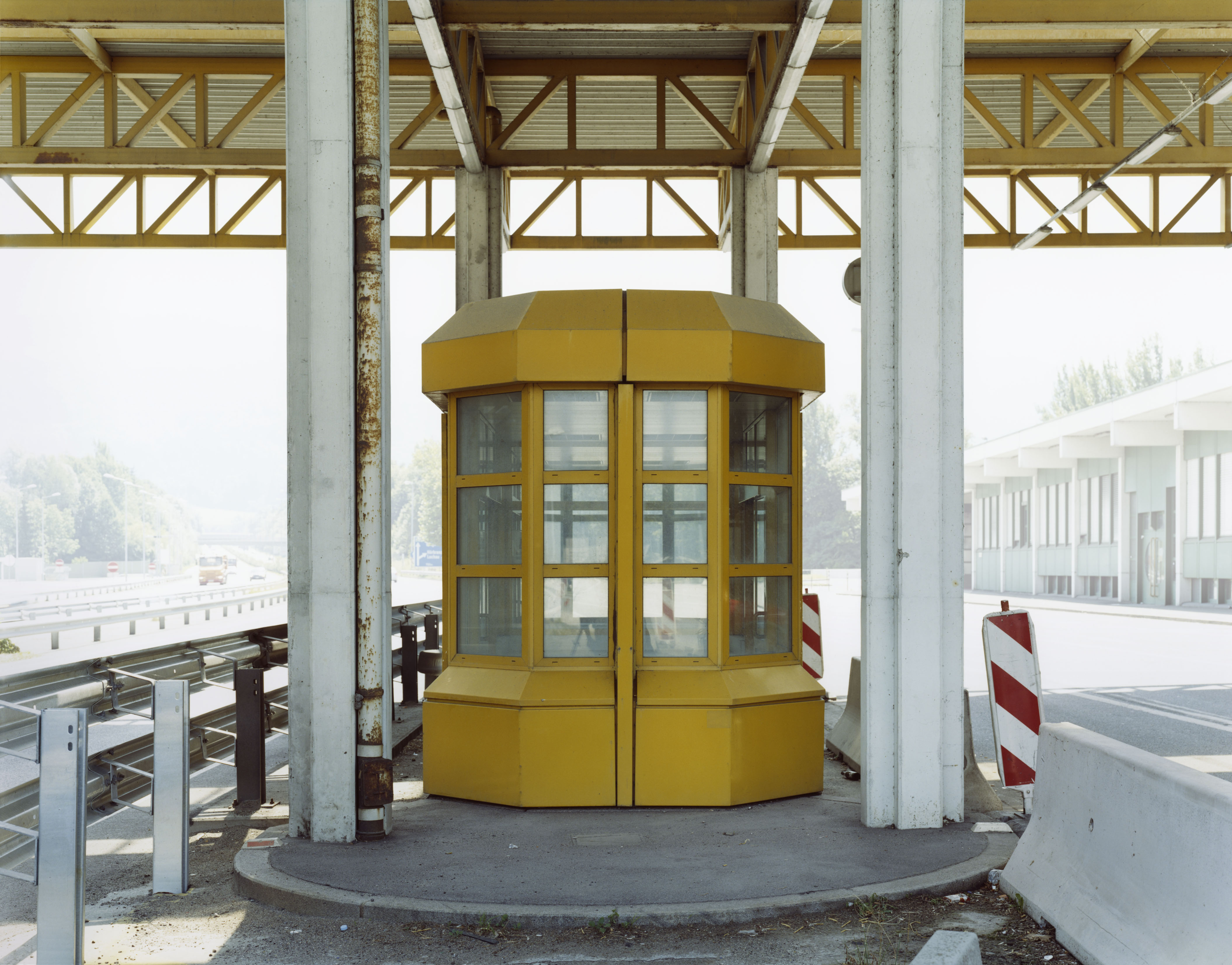 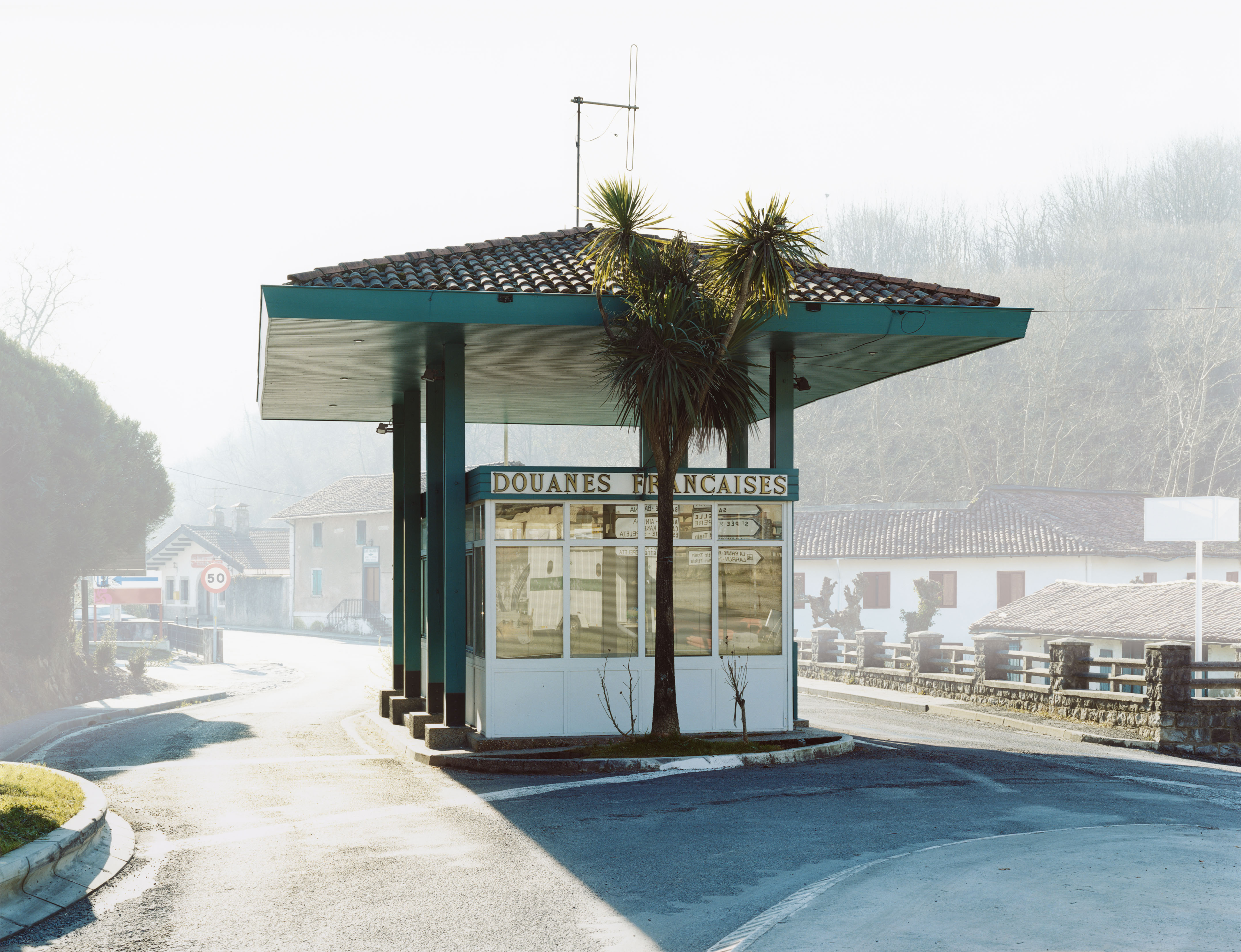 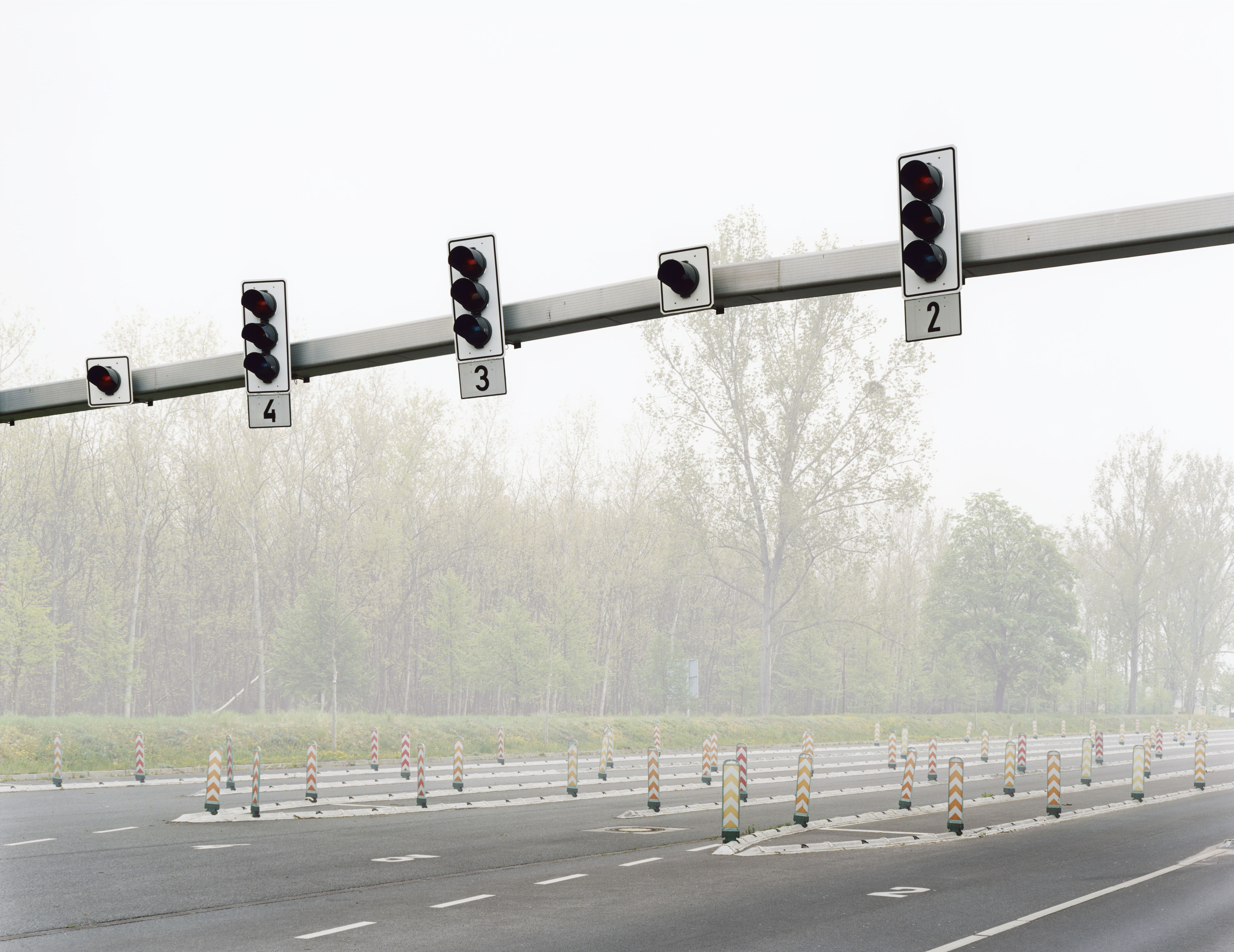 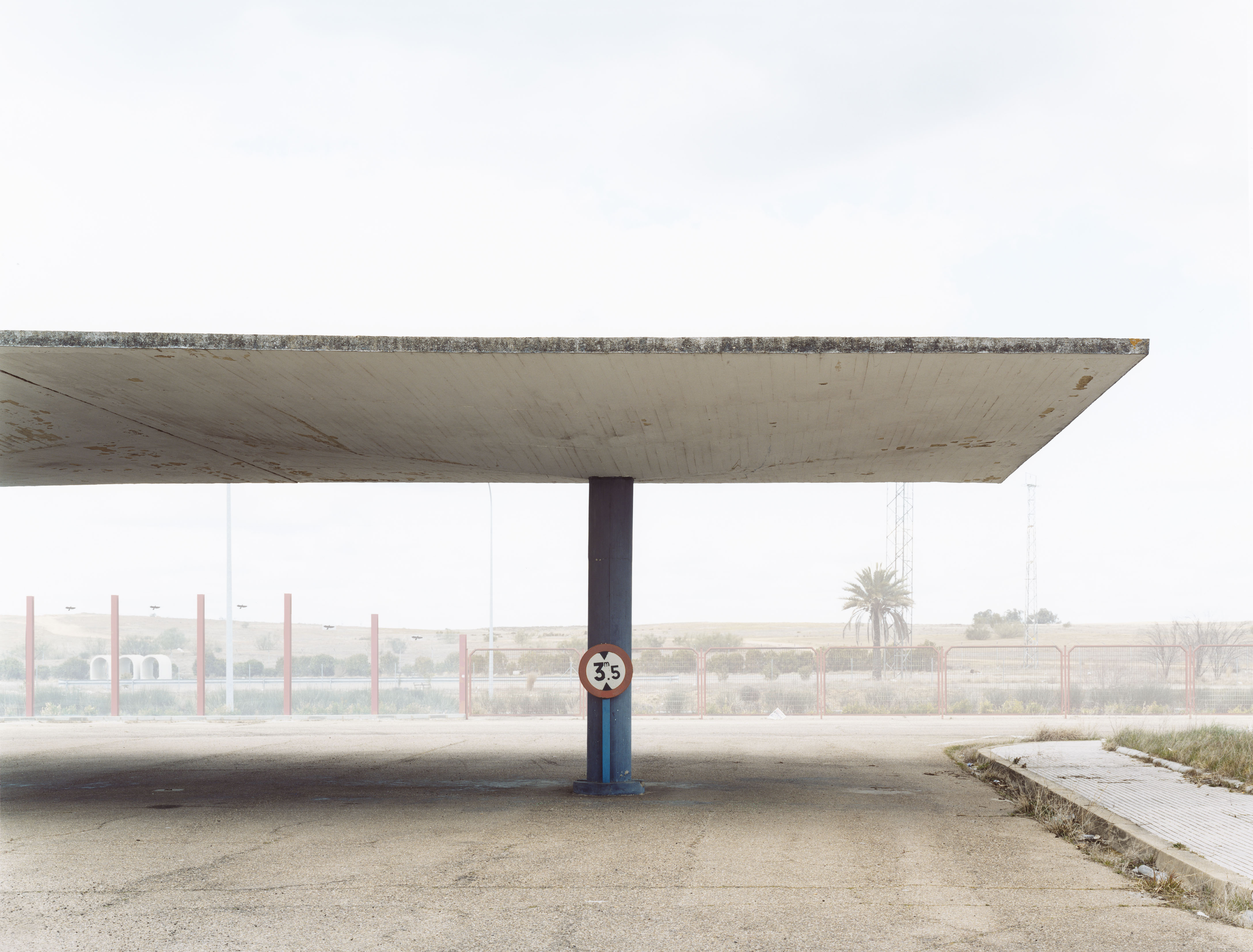 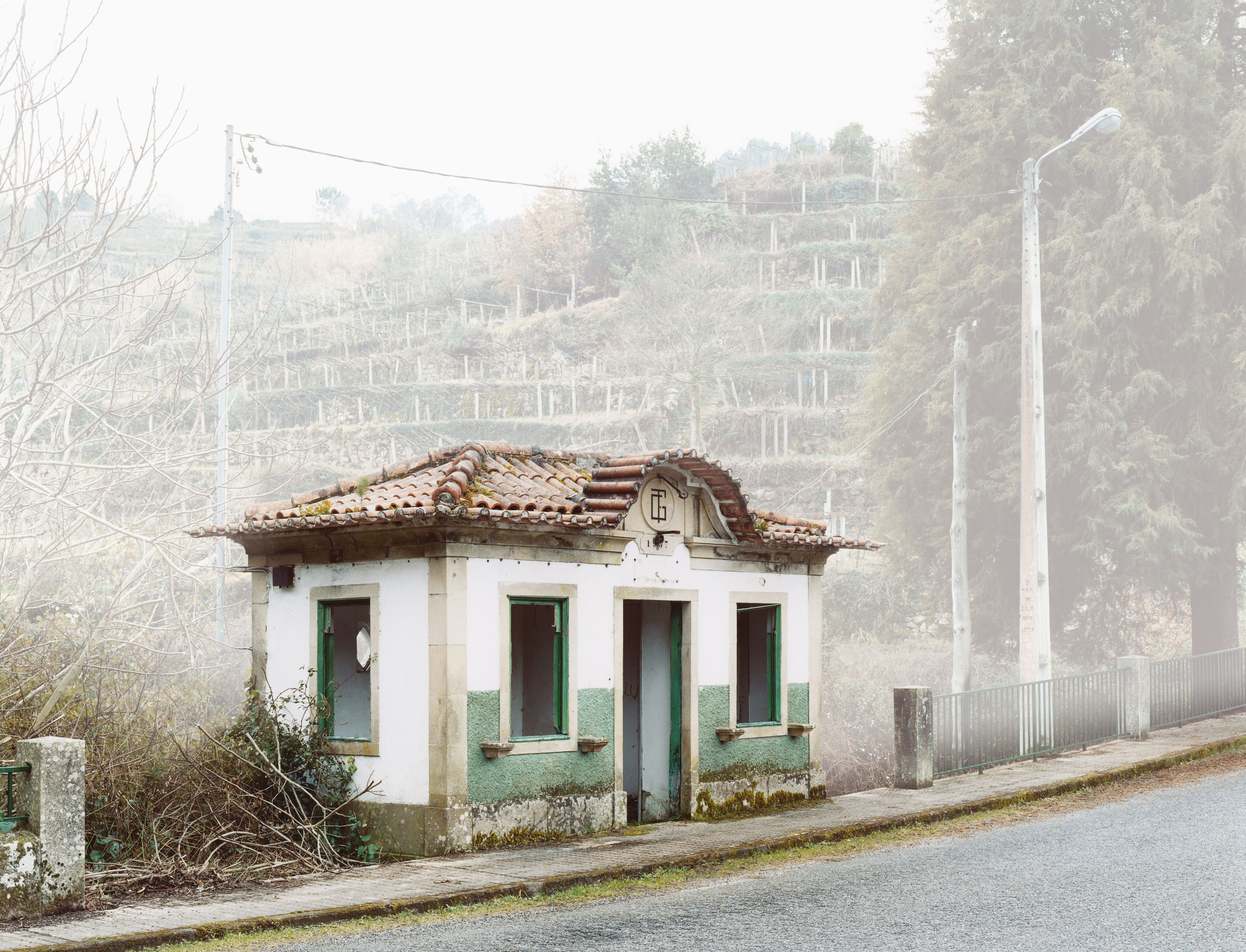 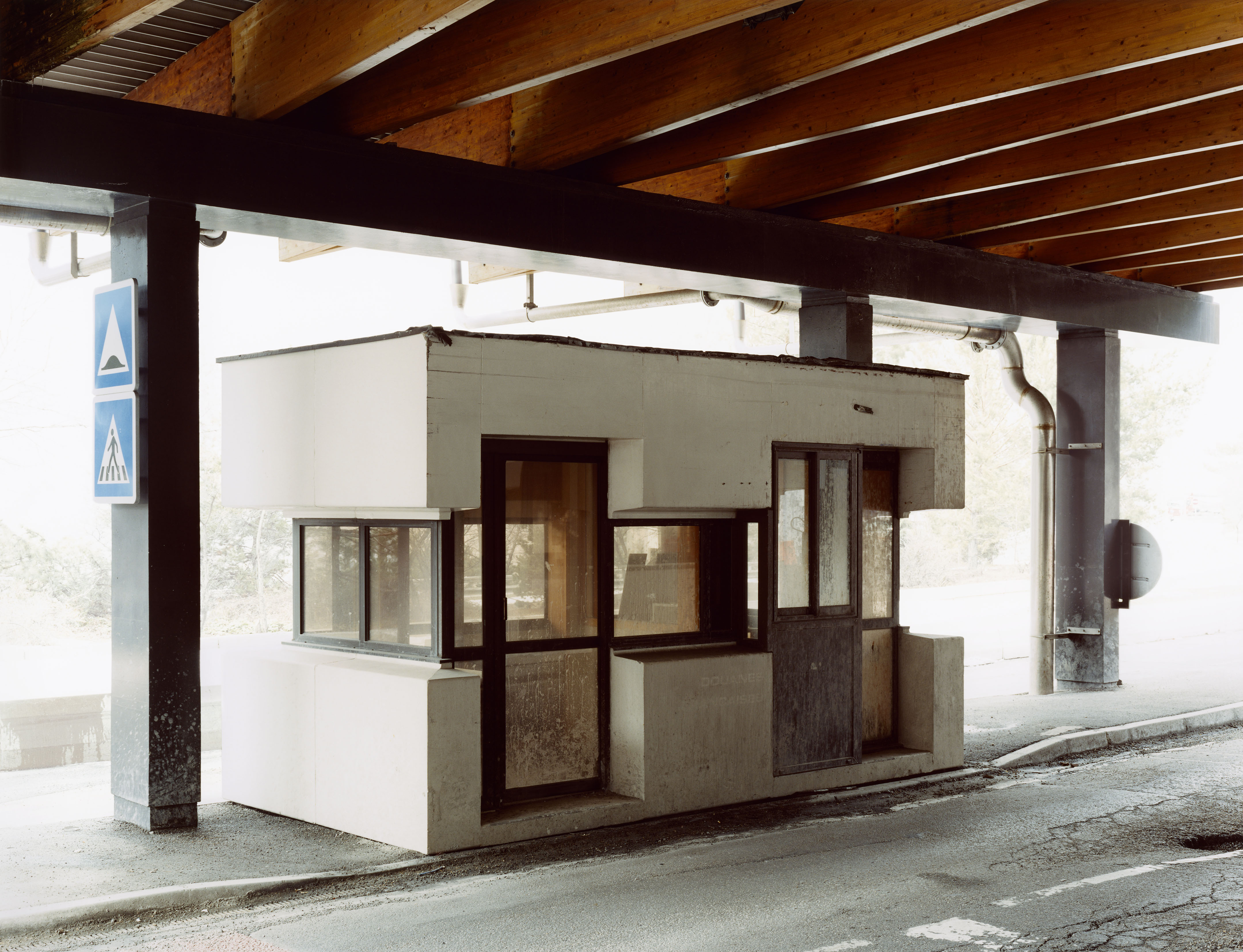 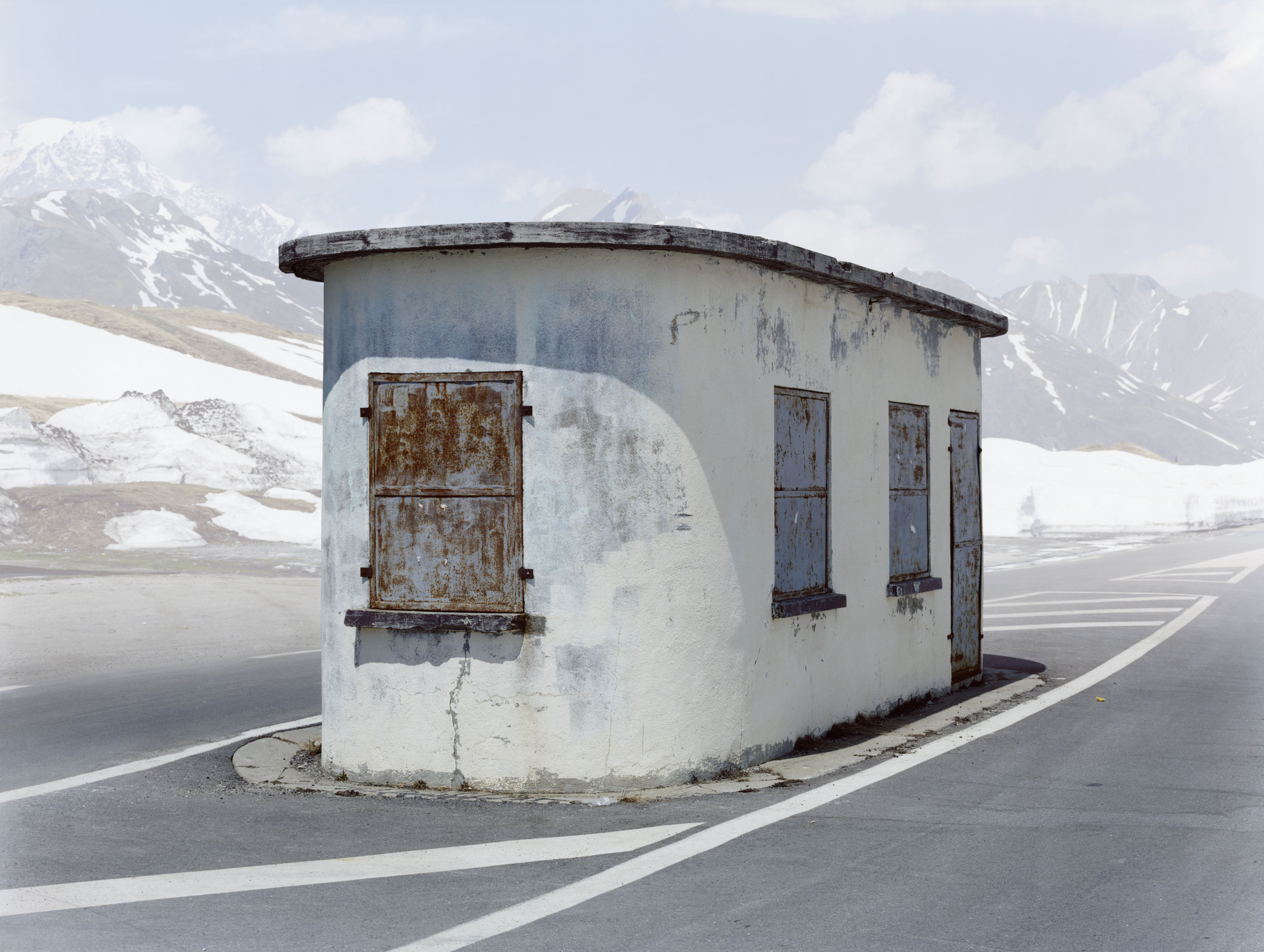 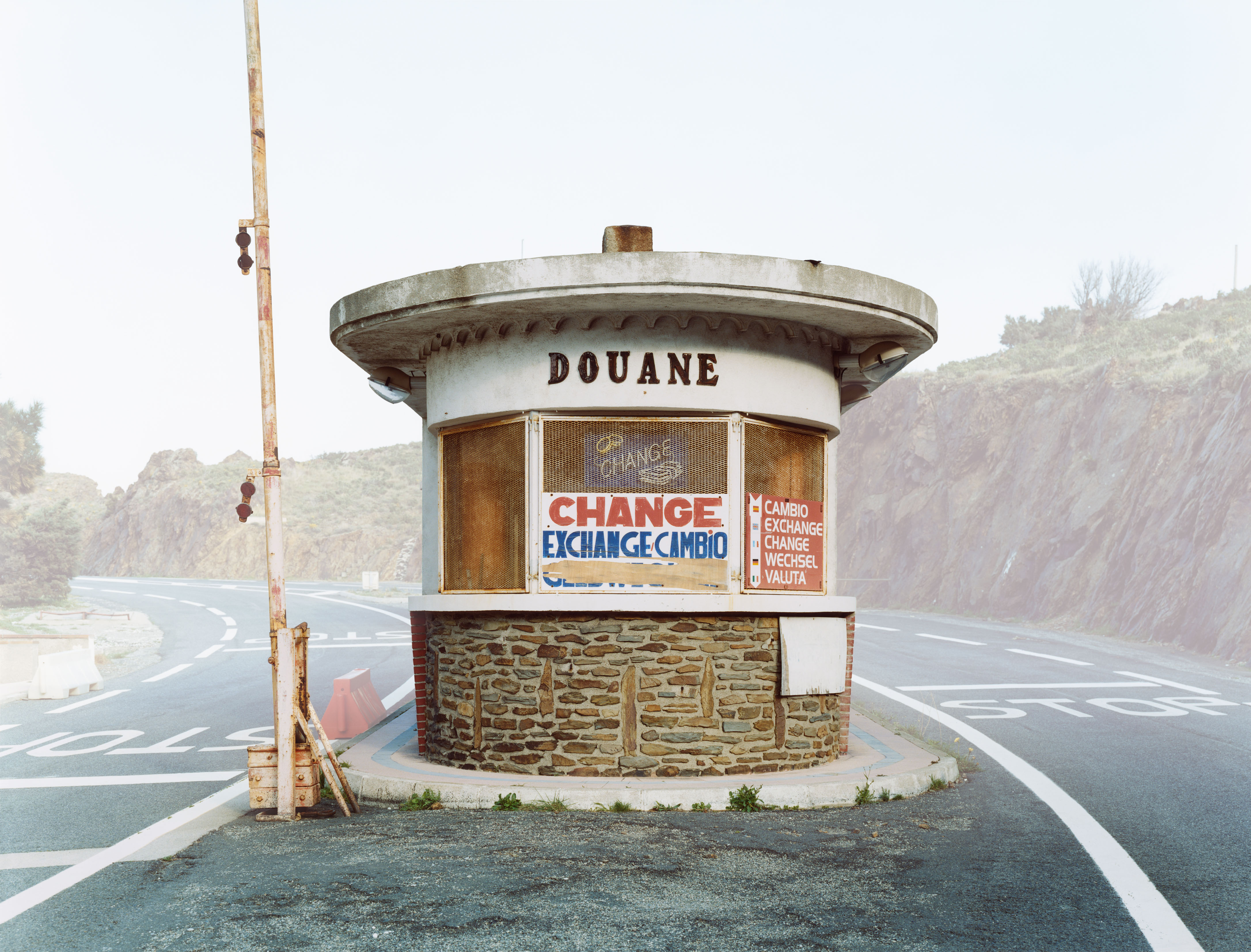 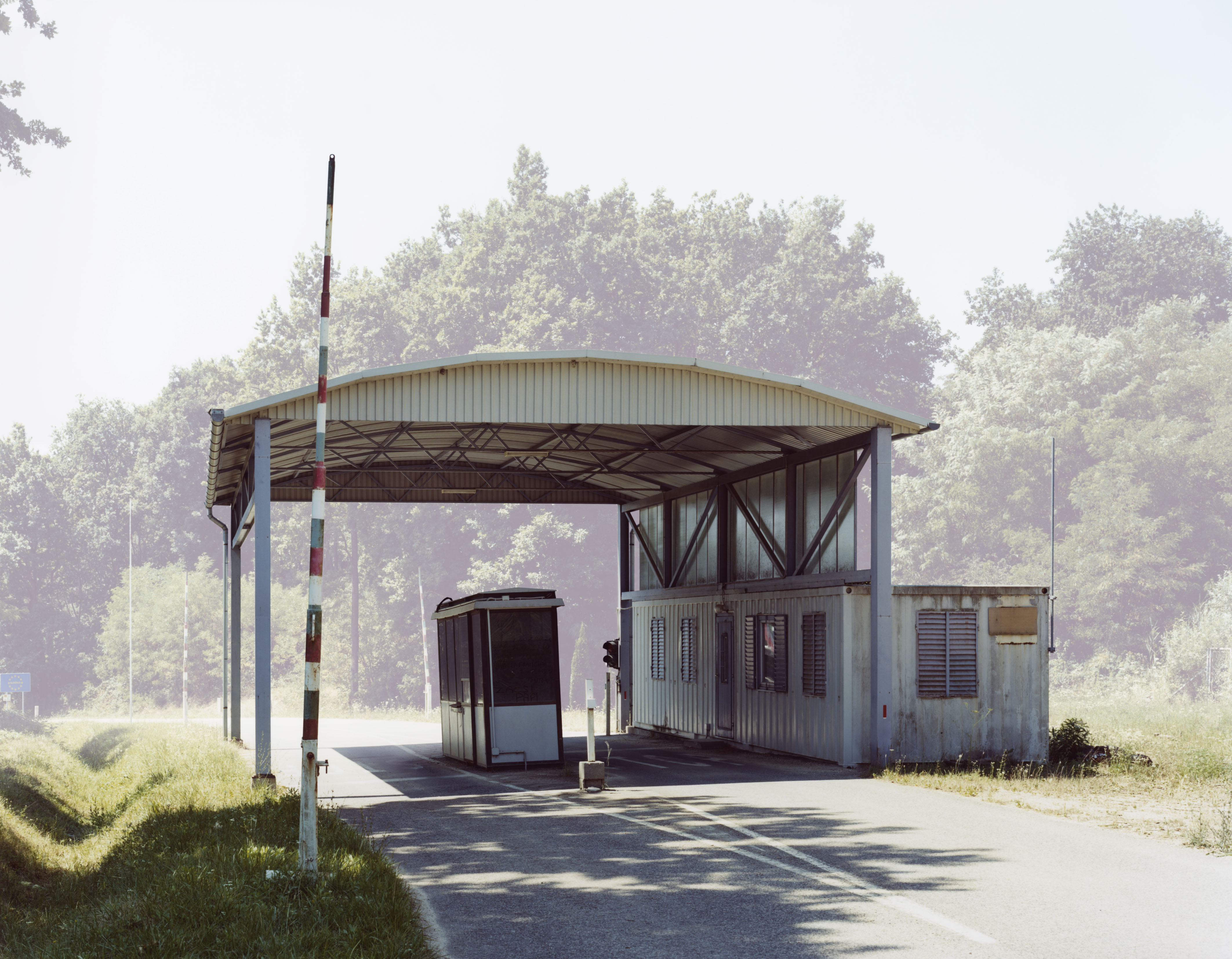