In the Face of Rapid Urbanization, Shanghai’s ‘Nail Houses’ Persist 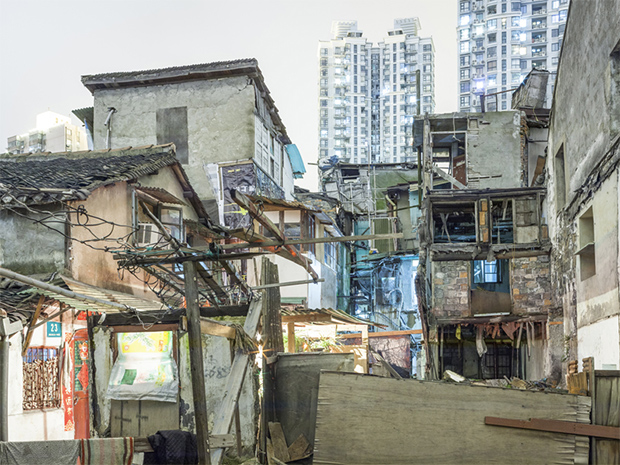 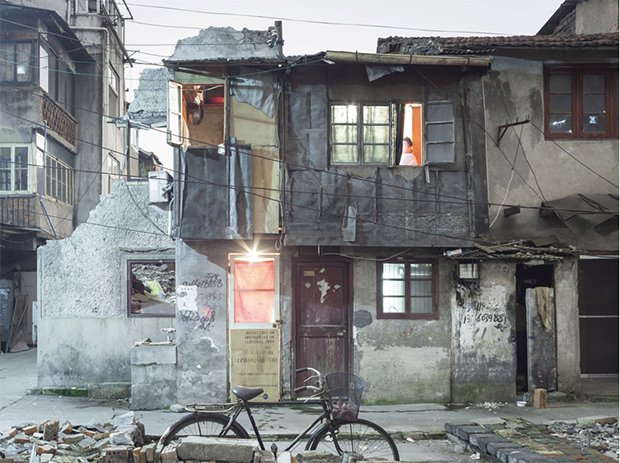 After the sun has set over the city, German photographer Peter Bialobrzeski walks the streets of lower Shanghai, where amongst the wreckage of demolished homes, buildings, and landmarks, a few windows are still aglow, sparkling against the blackness of night. The photographer calls these often dilapidated homes Nail Houses because, similar to old nails driven into a slab of wood, they are intractable. Despite pressures from developers, these homeowners have stubbornly and steadfastly held on the their properties, protecting them from certain demolition in the face of rapid urbanization.

When a house is set to be razed, explains the photographer, it’s marked by the same white chalk that has announced the leveling of countless homes and historically significant neighborhoods. Shanghai, in its haste to keep up with metropolitan behemoths like Beijing, has replaced time-honored, traditional housing with cosmopolitan high-rise apartments.

The new Shanghai, suggests Bialobrzeski, is one where facility is valued over heritage, and in the process of its construction, a deeply rooted core of Chinese architecture and culture has been plucked out to make way for homogenous developments without any real character or identity. For the owners of the Nail Houses, their longtime homes are more valuable than what’s offered for their properties, and by standing up, persisting and holding fast to what matters most to them, they risk eviction and forcible removal.

Thanks to the perseverance of these citizens, the government now grants private real estate the same protection under law as public property, meaning that people now have legal means to demand fair compensation for their homes. Nail Houses, then, is not a eulogy for what’s been lost so much as a tribute to what remains, to these small, unassuming houses that glitter like so many rays of light against an otherwise bleak expanse. 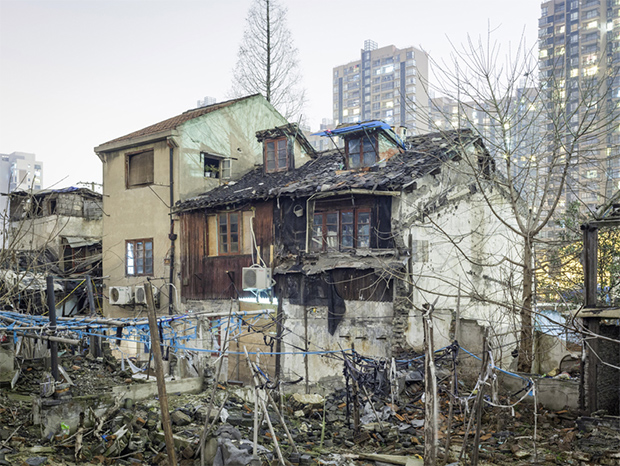 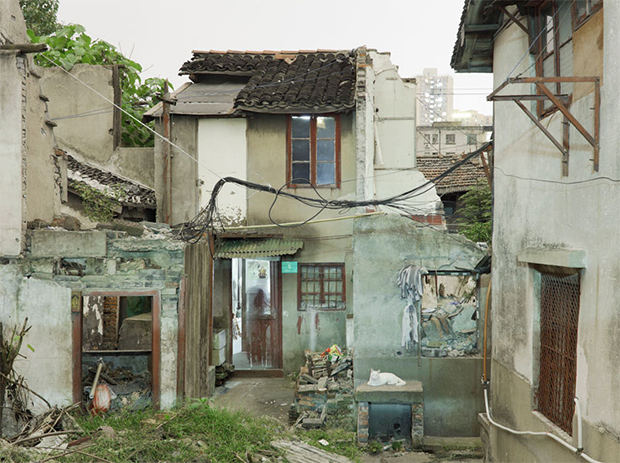 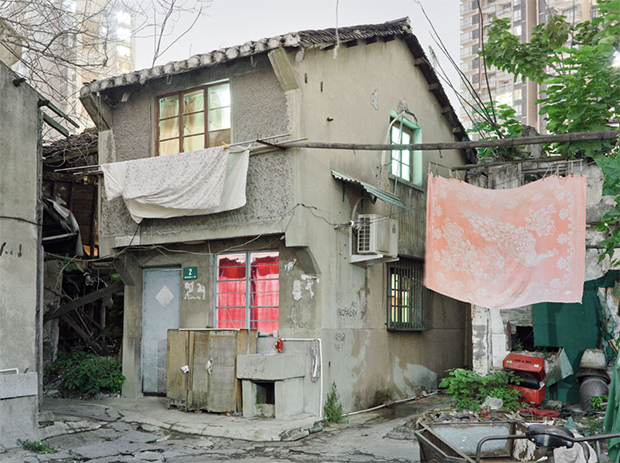 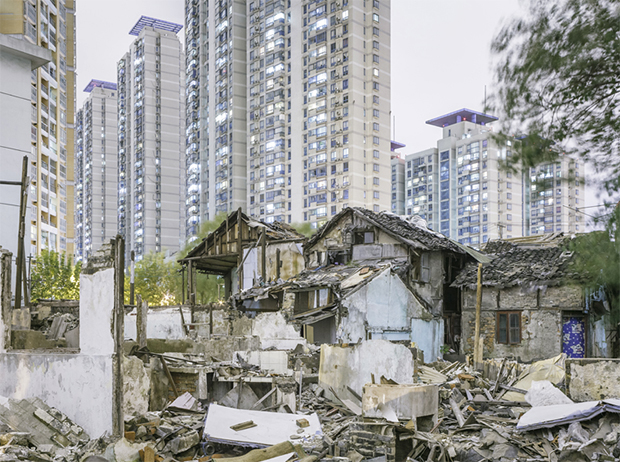 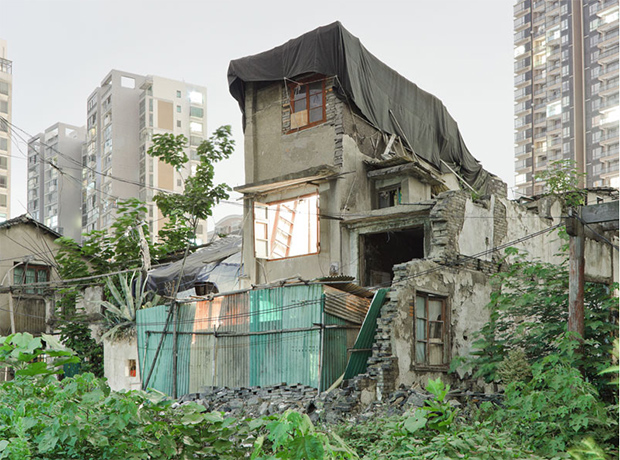 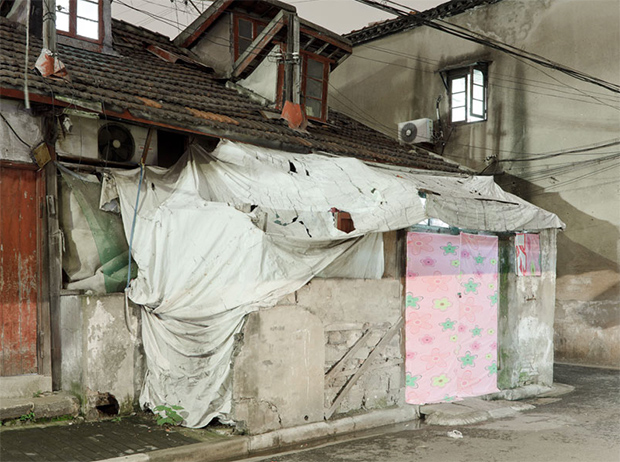 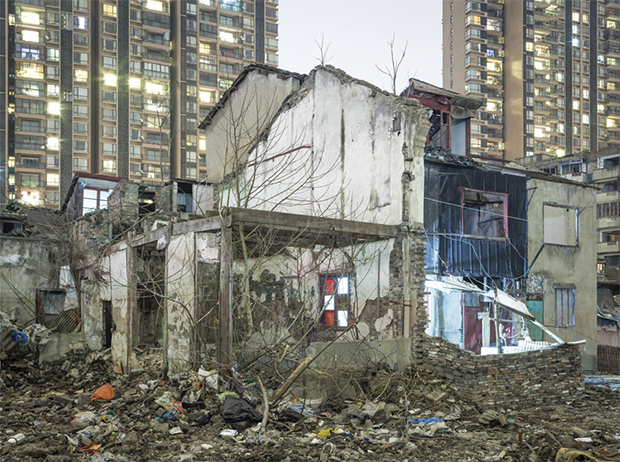 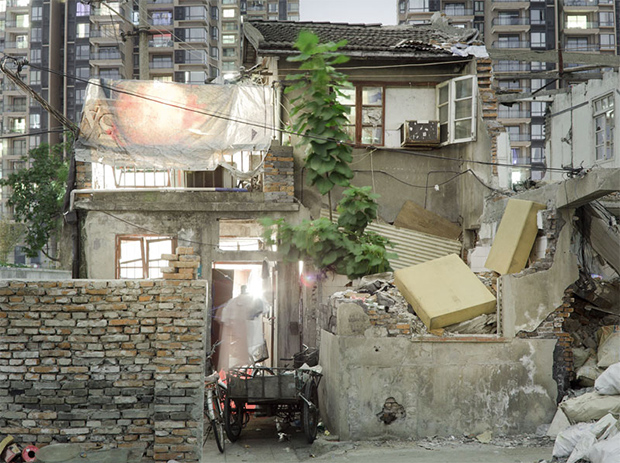 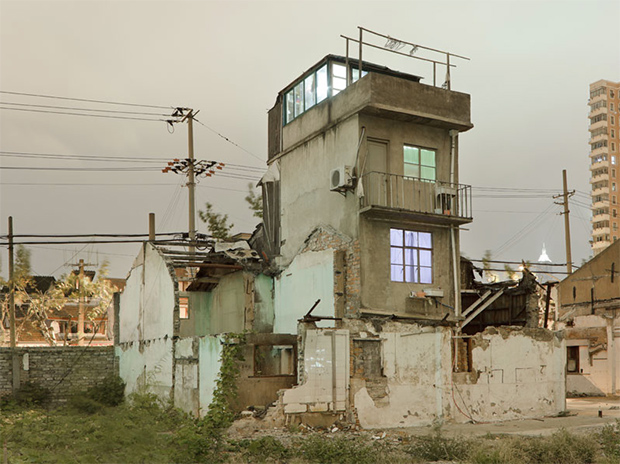 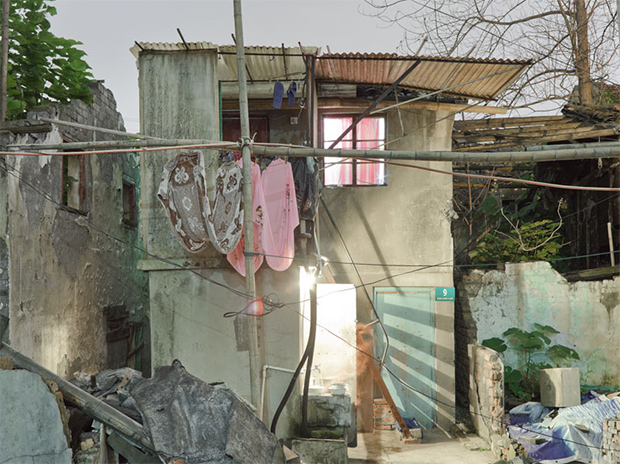 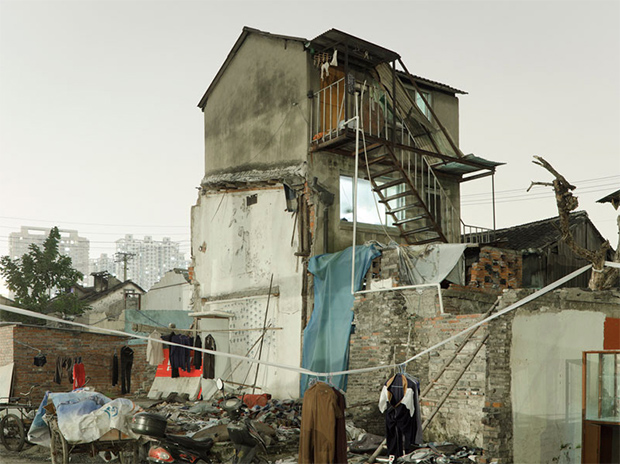