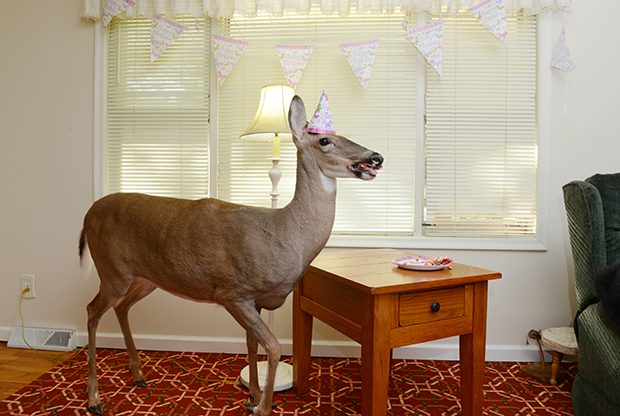 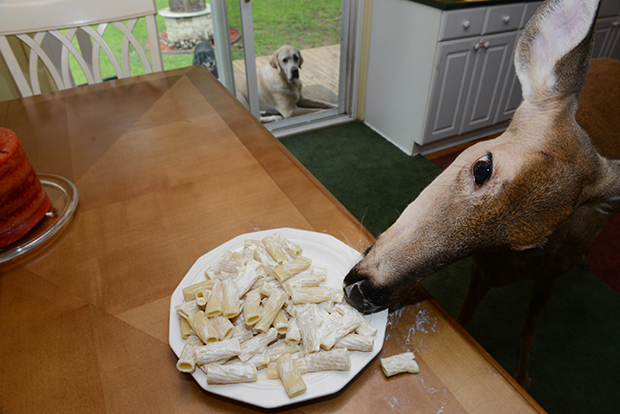 Seven years ago, a mother deer was killed by a car, and as she breathed her final breaths, she birthed two babies. Lilly was the only one to survive as she emerged, she landed on a roadside, where a middle aged Michigan couple looked on in sympathy and bewilderment. Human faces were amongst the first Lilly saw, and since that day, when one deer died and another was born, Lilly has grown up to be a member of that (anonymous) suburban household, where she is permitted by law to live out the rest of her days with the people she loves.

When Providence-based photographer Traer Scott and author Ken Foster, both of whom have spent much of their careers working with rescued dogs, learned about Lilly’s story, they knew it was one they wanted to tell. Deer, Traer stress, are wild animals, and they should by no means be taken in by citizens without the proper facilities and credentials, but Lilly’s journey is one in a million, a rare situation in which love and a whole lot of luck converged to keep the baby deer alive.

Lilly’s human parents were not trained or equipped to raise a deer and should have been instructed to contact a local wildlife rehabilitator, but when the local police offered no solution or words of wisdom, the couple was forced to take extreme action in ensuring the newborn fawn’s safety. “I don’t think they ever planned on keeping her,” Scott explains, but that is indeed what happened. As they nursed her from her infancy, the hours passed into days, the days into months, and the months into years, until Lilly was a full grown deer.

The family, Scott notes, is in many ways a typical suburban family. The parents are, in the photographer’s words, “wonderful but not at all eccentric or odd,” and Lilly has grown up much like a family dog. The pair never had human children, and their animals, including Lilly, are dearly beloved. Lilly, in turn, is bonded deeply with her people. She is gentle and friendly, and although she lacks the flightiness of wild deer, she likes to stay close to Mom when strangers come into the house.

Lilly’s life has not been without its fair share of heartache. Since it is illegal to keep wildlife as “pets,” her presence in the house was forbidden, and when a neighbor saw her playing in the yard, the authorities were called. Since she was unable to survive in the wild, having been hand-raised by humans, Lilly faced the treat of euthanasia.

Desperate to save Lilly’s life for the second time, the deer’s adoptive family reached out to build a wide network of supporters, and in the end, their home was zoned as a legal wildlife sanctuary, with the condition that Lilly be the one and only resident.

These days, Lilly can be found snoozing on her futon in the family’s living room, romping around with the dogs, and chowing down on pasta (her favorite meal). She goes to the vet for regular appointments, just to make sure she’s in tip-top shape.

If you find a deer or any other wild animal in trouble, it’s important to get in touch with a professional; WildlifeRehabber.com and other resources can direct you to someone in your area. As for Lilly, she got her happy ending, despite all the odds. Scott and Foster are working on her story now; for the once-orphaned deer, they’re writing a children’s book. 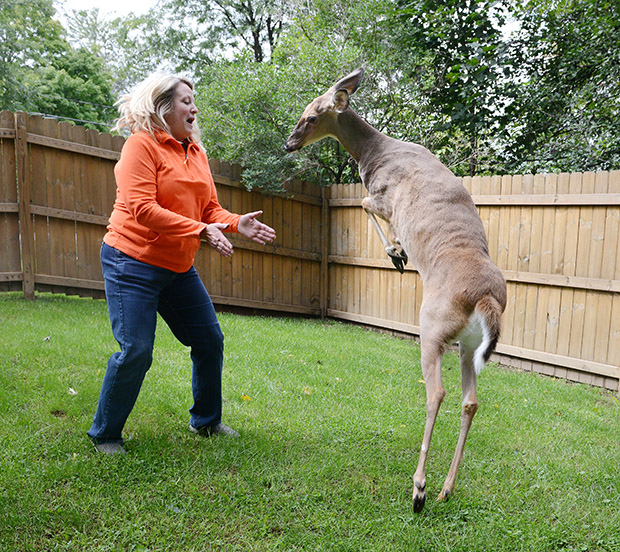 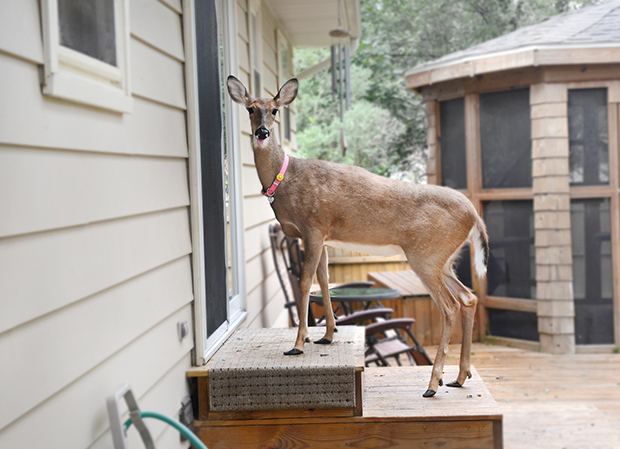 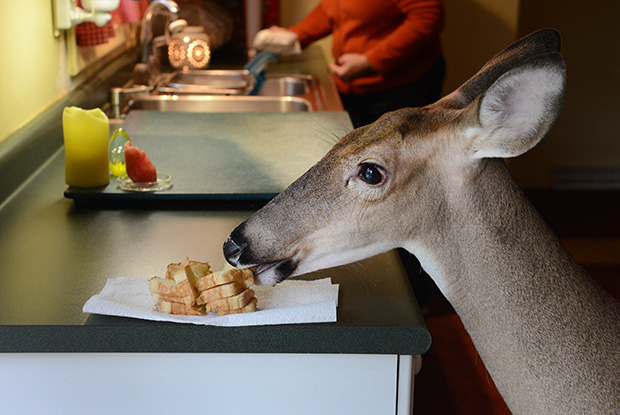 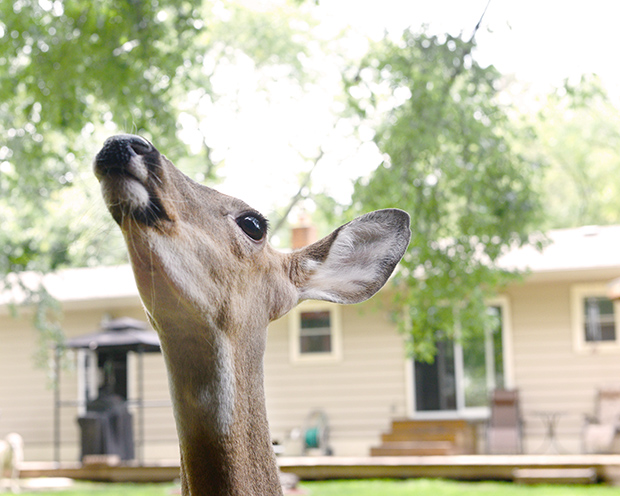 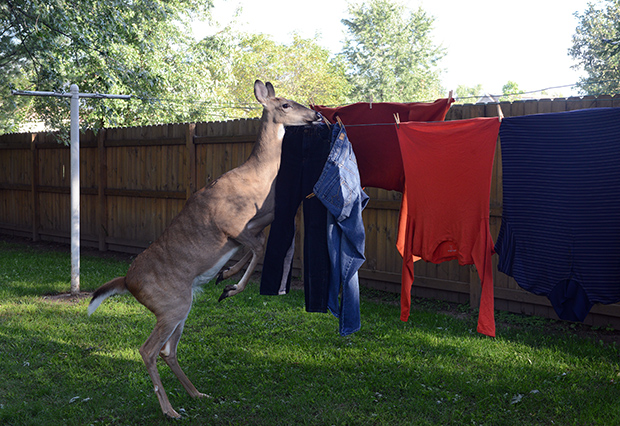 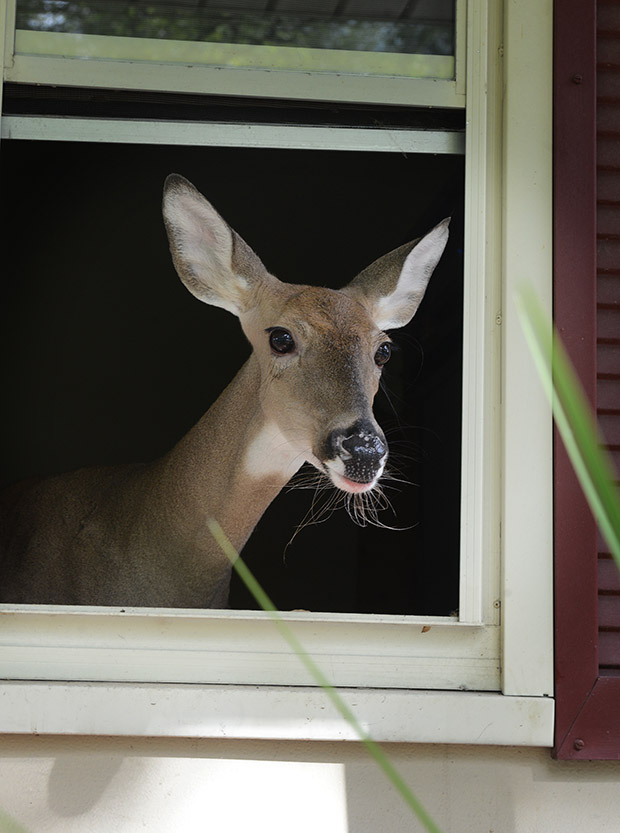