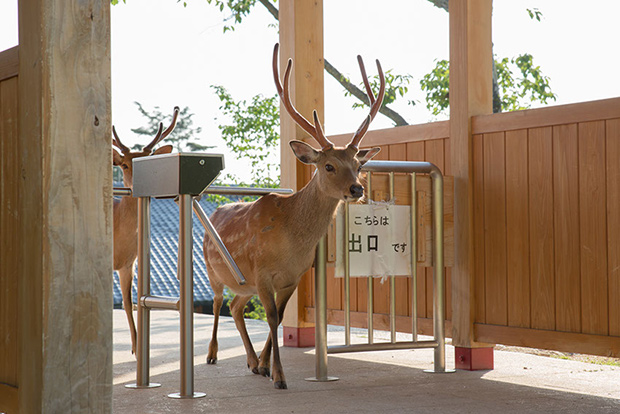 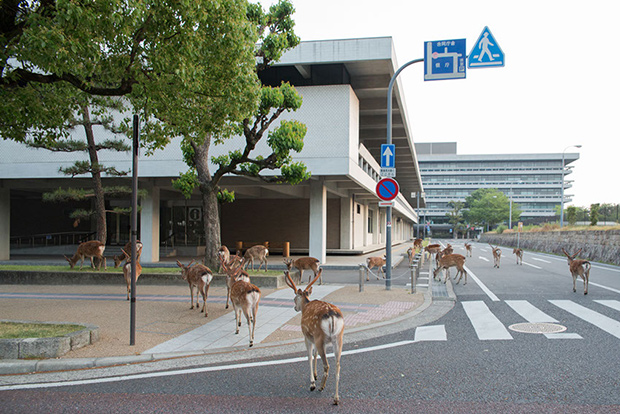 In the ancient capital of Nara and on Miyajima Island, in Japan, wild deer roam freely through the city streets. Kanagawa-based photographer Yoko Ishii captured the bizarre attraction in images that one could safely assume are digitally altered—except they’re not. Deer showing up downtown happens so often, in fact, that inhabitants and passing cars think nothing of them hanging out in the middle of the road. As with anything animal in the 21st century, there is video evidence, not only of these occurrences but also of the strange sounds deer make.

The city of Nara, with a population nearing half a million, is most well-known for the 1,000+ population of deer. The deer, which were allegedly considered sacred in the past, have about 2 square miles of park to roam around. However, they are free to leave the park, and they often do. Ishii’s work calls attention to a bewitching tourist attraction that those who haven’t been there have likely never heard of. There is, of course, an environmental dark side to the cute deer roaming in hordes. Ishii writes, “in various other regions of Japan the deer’s feeding habits are damaging and are causing serious problems for farmers and the local governments. As such, the governments in these affected areas encourage the citizens to practice population management. Every year, more than 360,000 deer are killed in Japan.” 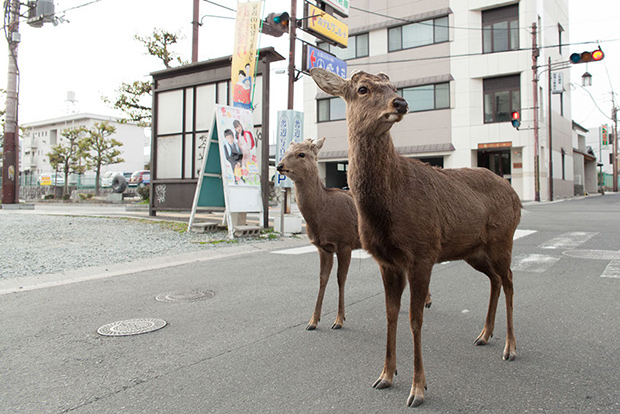 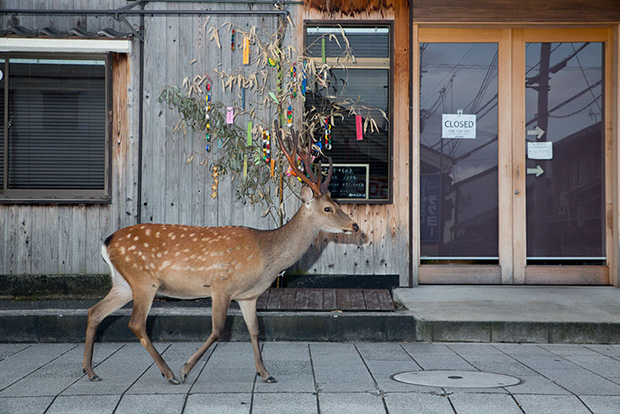 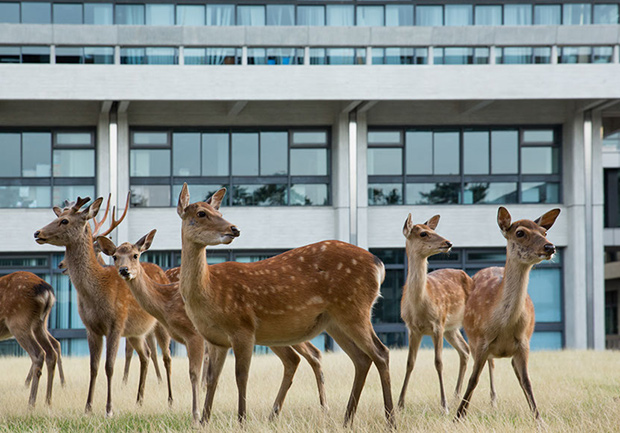 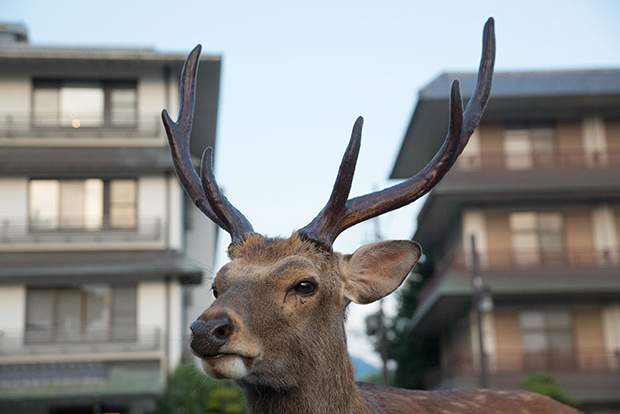 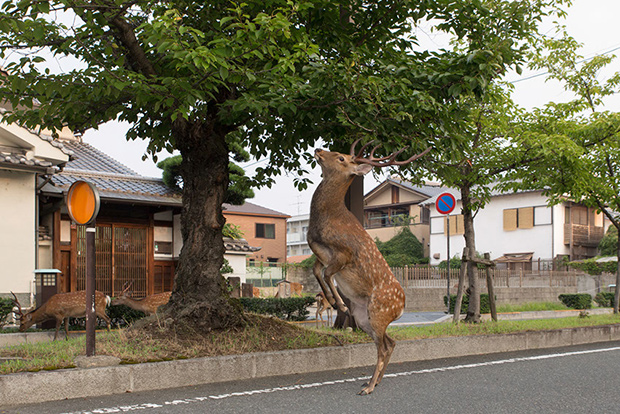 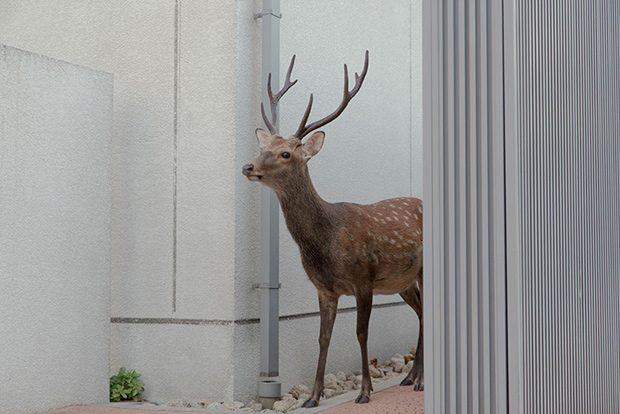