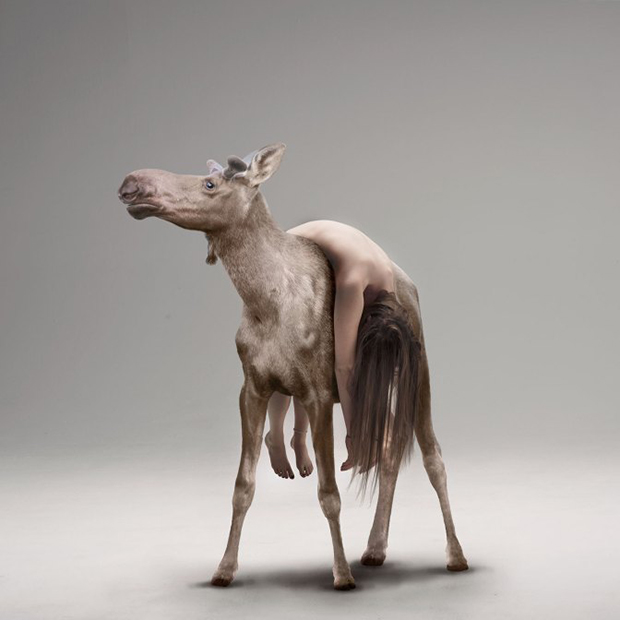 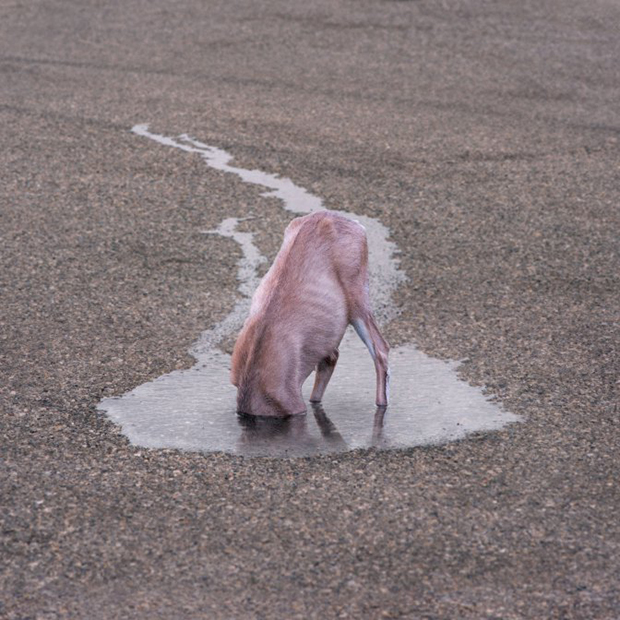 Calgary photographer Philip Kanwischer’s wild subjects never stick around for long. The deer, the moose, the owls, the bears, and all the inhabitants of a feral landscape are ephemeral; they appear one moment and vanish the next. Only in photographs can he stay close to them.

Inhospitably Ours is both a tribute to these creatures and a confrontation with the ways in which mankind has failed them. Kanwischer sketches each of the impossible photographs first; after coming through his archive to find the right animals, he builds the photomontage with elements from other places. The process can sometimes take weeks.

“The majority of my images are composites,” the artist says, “But my goal is for them to be viewed as they are.” In other words, we’re meant not to know where the reality ends and the fiction begins.

Kanwischer himself is part of some of the pictures, as is his partner Chloe Kinsella. This story is personal to them both. Animals, wild and domestic, are never props, only participants.

The photographer has a collection of memories he returns to time and again, and most of them don’t even involve his camera. He’s been hiking or riding in his canoe when the most magnificent figures— deer, pine martens, a mother moose with her baby— have passed near him and imprinted themselves into his mind.

Kanwischer struggles with his role as a photographer. He worries about taking advantage of creatures who are already losing their homes and lives because of human intervention.

He longs to be in the presence of the animals, to become a part of their world, but he also understands that in real life, this can never be. When they see and learn to trust people, wild animals have a higher risk of being harmed by those carrying a weapon stronger than a lens. He has to keep his distance for their protection, and he sometimes fears he’s crossing over invisible lines.

The photographs are as much about Kanwischer’s ambivalence as they are about the animals themselves. In the end, the imaginary world of his pictures is the only place where he can truly find harmony with the creatures he reveres; it’s the only place where they can both be free. And for now at least, that has to be enough. 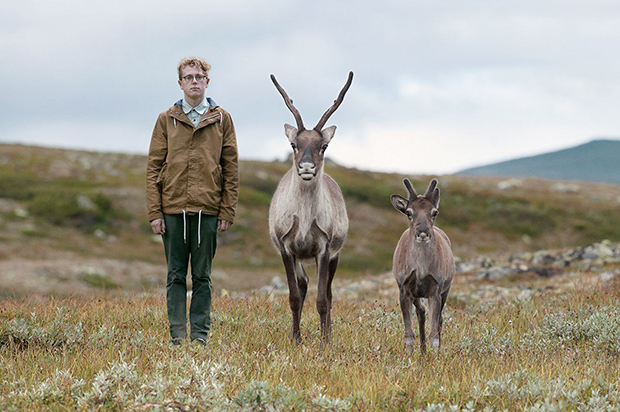 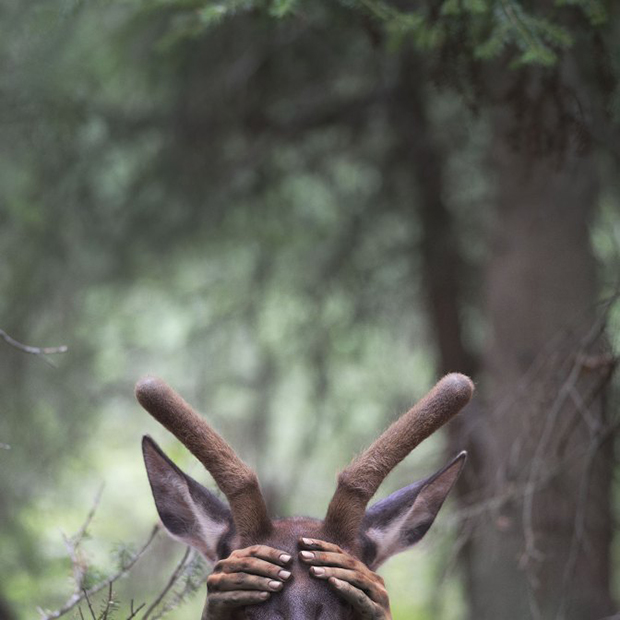 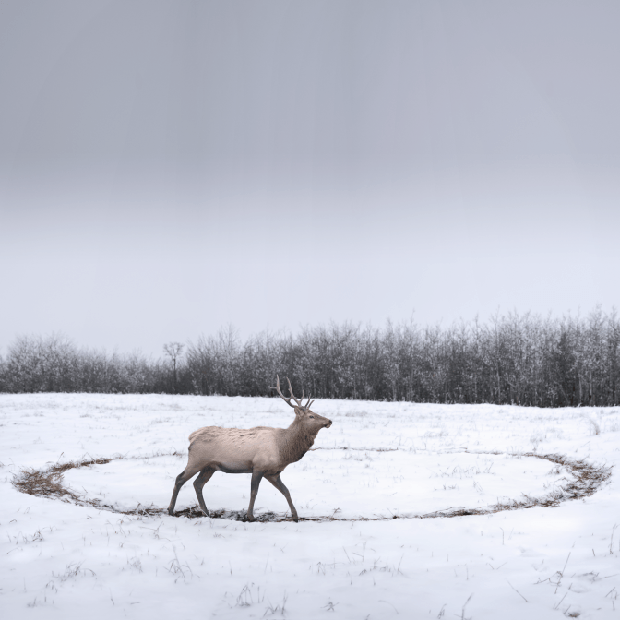 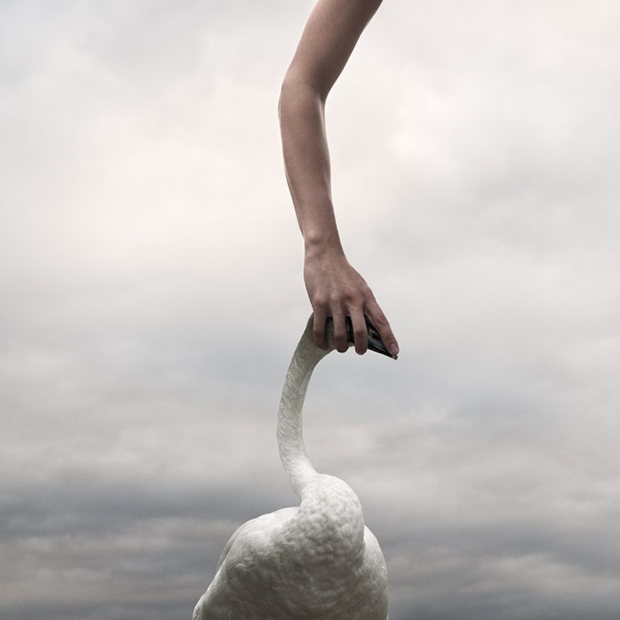 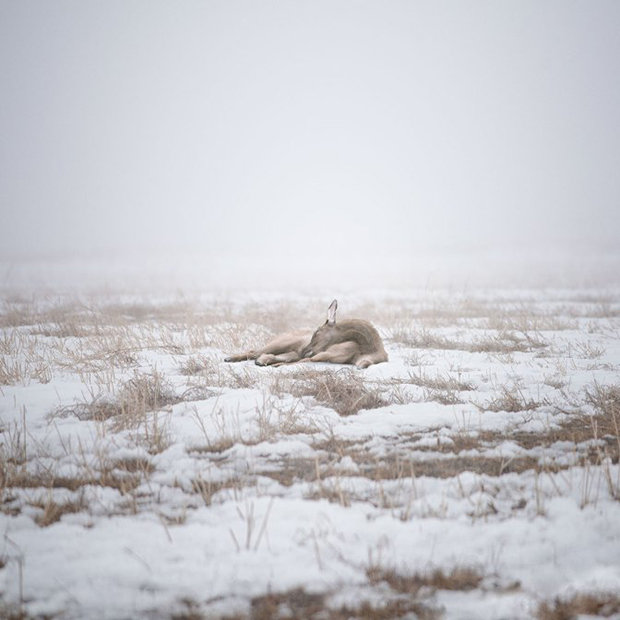 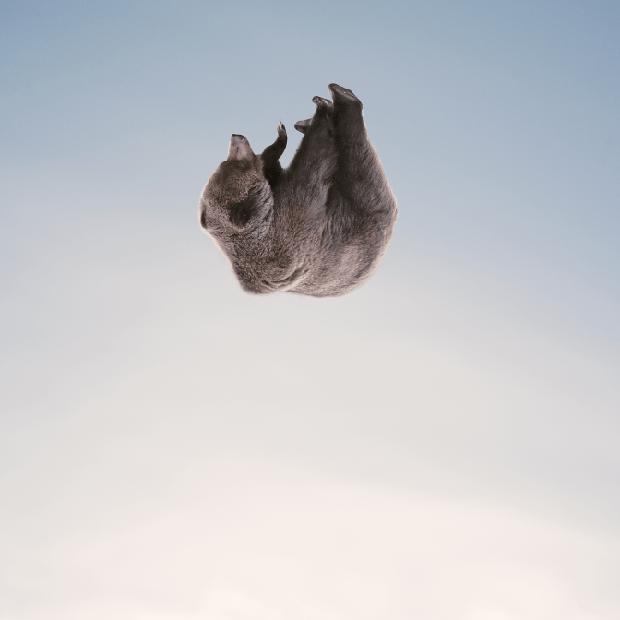 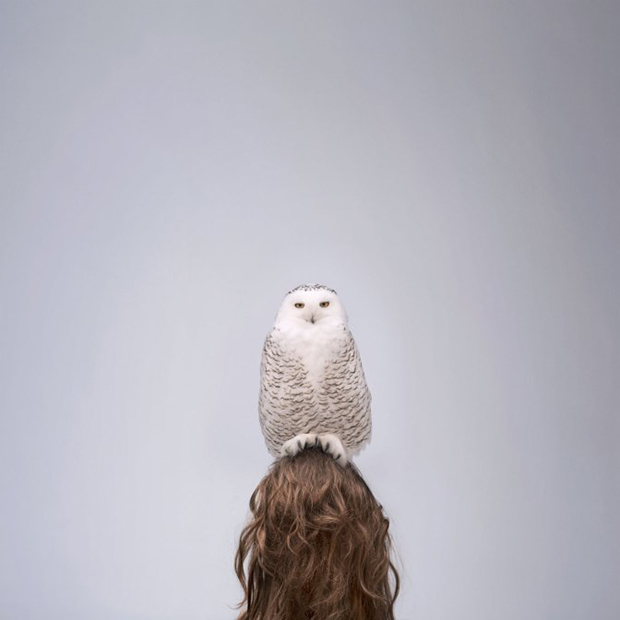 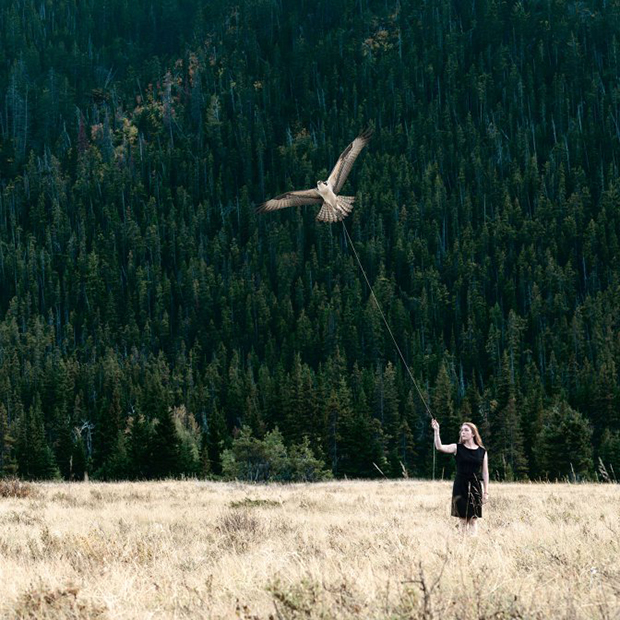