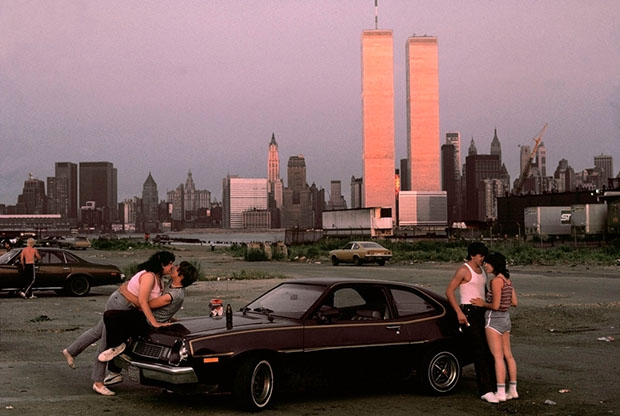 “I took the picture in the fall of 1983, at sunset at the old docks in New Jersey with a view towards the World Trade towers in New York City. I had heard that there was a traditional Lovers’ Lane, a meeting place of young people in their cars, bringing booze and sometimes drugs. The sun was setting and the towers across the river were glowing before it became too dark to take more pictures.” — Thomas Hoepker 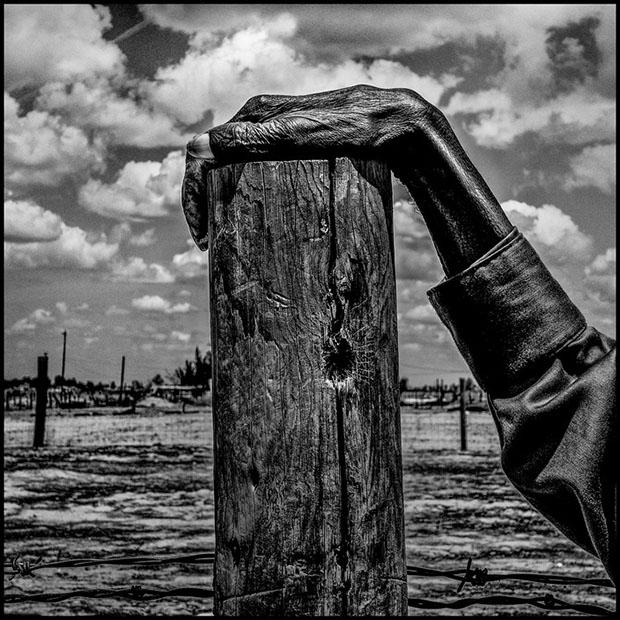 “When I photograph a place, I return and return again; I drive the same roads, walk the same trails, eat the same food, sleep in the same rooms. Over time, everything becomes intimate and familiar: the smell of the air, the color of the dirt, the cut of a certain shadow, even the lines in someone’s hand. I absorb it. Sometimes I can close my eyes, and I can still see it.” — Matt Black

Intimacy plays a strange and precarious role in photography; seeing another person, place, or happening through a lens can either necessitate distance or an almost unbearable closeness. When it comes to the relationship between a photographer and his or her subject, the space between is unfixed and murky; the lines that separate the objective from the personal are crossed and recrossed with hopes of touching down on an image that feels both near at hand and wonderfully irretrievable. For their latest print sale, the legendary photographers at Magnum scoured their extensive archives to rediscover the pictures that best capture the theme of “intimacy.”

For Up Close & Personal: The Most Intimate Photographs from Magnum, more than fifty Magnum photographers have selected images, which will each be sold as signed 6×6 inch square prints. As with previous sales, the prints are unlimited in quantity, but buyers can only purchase prints within a limited time frame beginning today and ending on Friday the 13th of November. The archival quality prints are available for only $100 a piece, offering buyers the rare chance to own not only a work by a favorite photographer but one that means something unusual, special, or most cherished by that photographer.

Up Close and Personal features the most intimate images from Magnum Photos, as interpreted by over 60 photographers and artists. Signed and estate stamped prints for $100 will be available for a limited time, from 1pm on Monday 9th November until 11pm Friday 13th November, here. 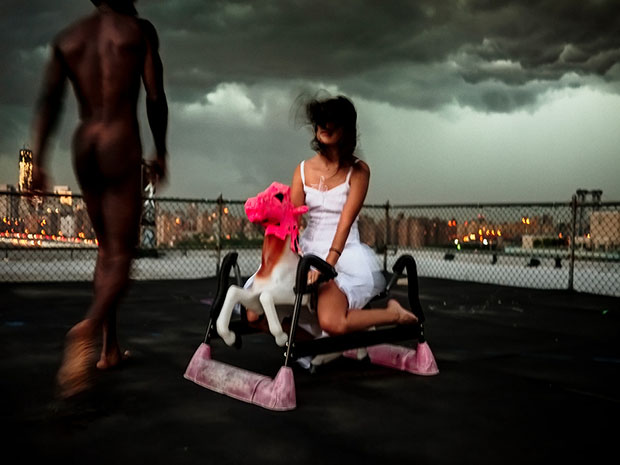 “Intimacy can manifest itself in a photograph literally, showing actual intimacy between people, or be implied in the image through an act of deep internalization. A bit more mysterious… A tease maybe?

For years as a photojournalist my job was to be didactic, but now my tack has changed: I still believe in bearing witness, yet I am way more inclined to leave my audience with unanswered questions. Why does everything need to be resolved? Isn’t there great pleasure in imagining what might be happening?

I am too involved, too much a part of the story, for my work to still be considered photojournalism. Yet perhaps the new work may still fall into some interpretations of documentary. I don’t care. I’m simply on a river that’s taking me wherever it goes.” — David Alan Harvey 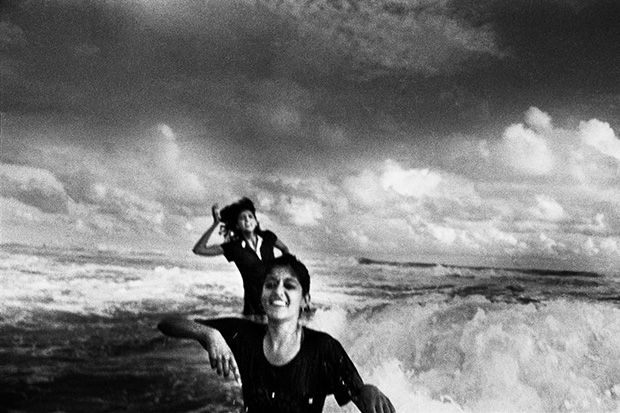 “I think intimacy is more about the photographer himself or herself and the state of being that he or she is in in the given situation, more than anything else. It is an extremely difficult word for me to describe really and I can only say that it is something that I feel through my instincts, that is if at all I feel it. In the end, it does not matter who or what I photograph or have an encounter with; it could be my mother, a stranger, a stray cat that happened to trust me enough to allow me to stay there in its presence or simply a joyful moment spent with friends in the sea. Ani and Suneira in Varkala.” — Sohrab Hura 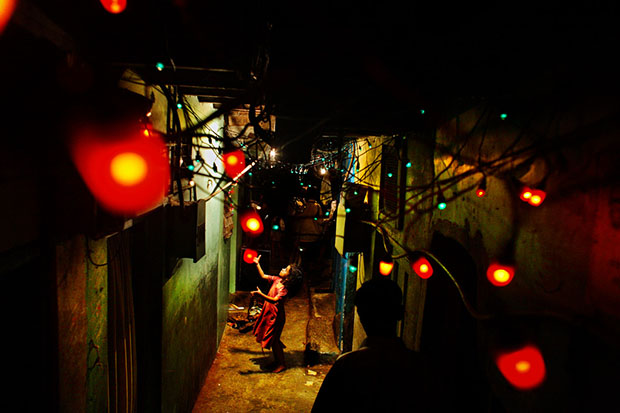 “The girl playing alone beneath wedding lights in Mumbai’s Dharavi slum is not the closest or rawest image I’ve taken. But it is somehow a subtly tender and magical moment, where I feel like I drift into this little girl’s frame of mind for a second. Whenever I feel, I somehow am there with that person, and I feel something that connects me. That is what I define as an intimate image, more than if the picture is really up close or in your face.” — Jonas Bendiksen 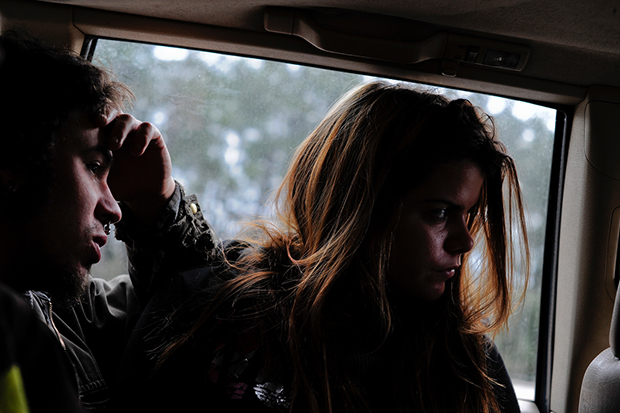 “I took this picture on the outskirts of Mobile, Alabama. My friend Christian and I had flown to Miami a few days prior after covering the aftermath of the earthquake in Haiti that killed 150,000 people in 2010. I was upset that my pictures couldn’t hint at the scale of the destruction I’d just witnessed. It felt too vast for photography. We decided to go to New Orleans, which felt like a good spot of purgatory before heading back home. A friend of Christian’s joined us, and we headed north. As we neared the Alabama border Christian whipped the car over to pick up a pretty-looking hitchhiker. When we pulled up, her two companions and their dog ran out of the woods and jumped into the car. We stopped at a shack bar on stilts in the outskirts of Mobile and played pool. They said they would part ways from us. One of them had run into trouble in New Orleans and was wary of going back. I took this picture after leaving the bar. The girl leaned forward for a moment to get more comfortable and her hair fell over her eyes just as the late afternoon light began to shine through the clouds. I took a few frames and, as always, the moment was gone almost before I’d even noticed it.” — Peter van Agtmael 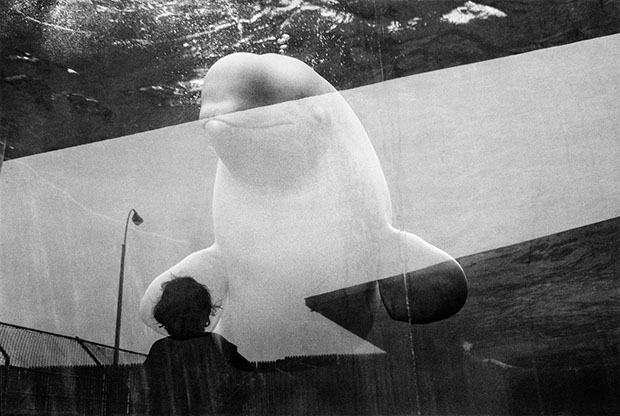 “My daughter Marie and I discovered this beluga whale in at the New York Aquarium on Coney Island. I was in fact in New York for three weeks, attending that other aquarium, the Magnum Meeting.

Little did my 11-year old daughter and I realise, at the time, that this beautiful animal was in fact ‘Blanchon’, the hero of a very famous Canadian documentary film, Of Whales, the Moon and Men, directed by humanist film-maker, Pierre Perrault. Eventually, Pierre became a dear friend. He was an incredible filmmaker, in the style of Leacock, Wiseman and Rouch.

This image is like a cocktail of intimacy, bringing together my daughter, the great animal, and, subliminally, my friend Pierre, our shared passion for humanist approaches and documentary films.

I remember the guard of the aquarium was furious because Blanchon was a very curious animal, clearly happy to see somebody so close to the aquarium in a place not usually allowed to tourists. The other tourists, politely standing where they were supposed to, looked on in envy…” — Jean Gaumy 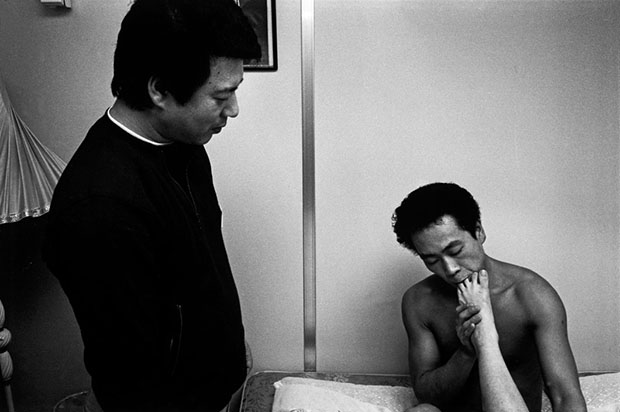 “What could be more intimate than a Tokyo sex school (whatever that is), particularly lesson 437B, the Sucking of the Toes? I spent five months trying to become intimate with Japan, but even when I got very close, I remained on the outside. The glass wall of language separated us. I could see inside, but not really understand what I was seeing.

It might have been better if I knew what was going on here. Or maybe not, because in my ignorant curiosity I had to look harder, and let my imagination play. So we became more intimate, in an unexpected way.” — Richard Kalvar