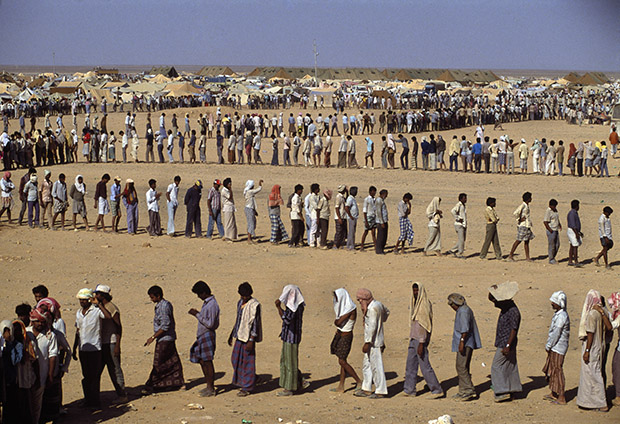 Refugees In the desert. The Sha-alaan One camp is the worst camp. They have orderly food lines with thousands of refugees waiting calmly for food distribution from the CHARITAS charity organization. Jordan, 1990 © Chris Steele-Perkins/Magnum Photos 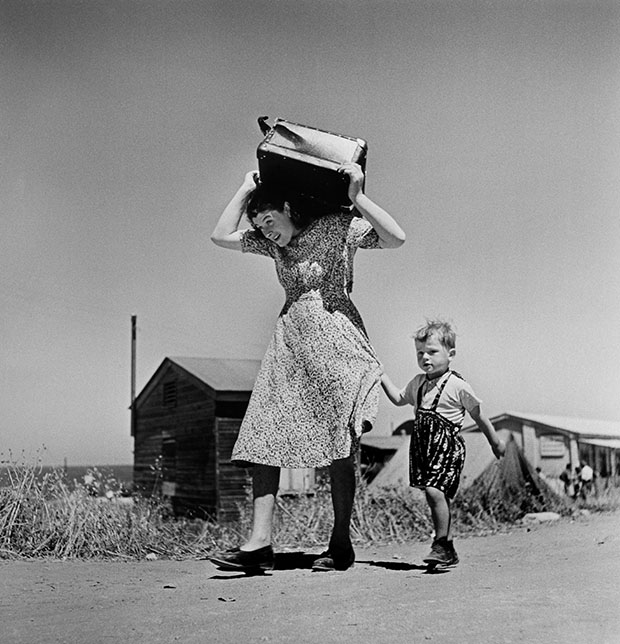 Robert Capa, the late co-founder of Magnum Photos, has been called “the greatest war photographer in the world” and “the founder of modern photojournalism.” Before he was either of those things, he was a 17-year-old political refugee; he was forced out of his country, Hungary, during the reign of Regent Miklós Horthy, and once he had landed safely in Germany, he took a job in a darkroom and worked his way up.

Since cooperative was founded in 1947, Magnum Photos has done justice to Capa’s legacy; one by one, its photojournalist have followed in his footsteps to tell give voice to those cast out, on the run, and without a home. EXILE, a new exhibition presented by Magnum Photos and Canon, brings those voices together to create a chorus that transcends geographical, linguistic, and political boundaries. 22 Magnum photographers, running from Capa to those documenting the current crisis.

Creating a through-line through more than a half-century of human history and many thousands of miles that separate the conflicts and displacement’s that have scarred the world, EXILE unites ordinary people through their extraordinary experience. There are wars, civil unrest, natural disaster, and great trauma here, but there’s also the hopeful whisper of the always resilient human spirit.

Capa’s exile didn’t end when he reached Berlin; as Hitler’s rise began, he left for Paris and changed his name from the name from the one only one he’d known: Endre Erno Friedmann. EXILE is an enduring testament to the tenuous ties that bind us to our home and country—their importance and also their fragility. The gap that separates those in front of the camera and those behind it is never as wide as it seems. 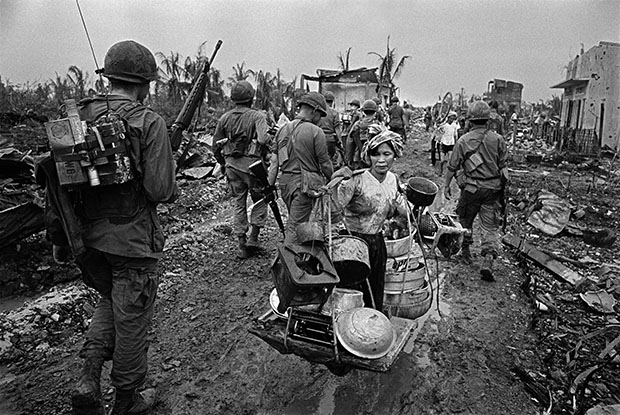 The battle for Saigon. Refugee from US Bombing. Vietnam. 1968 © Philip Jones Griffiths/Magnum Photos 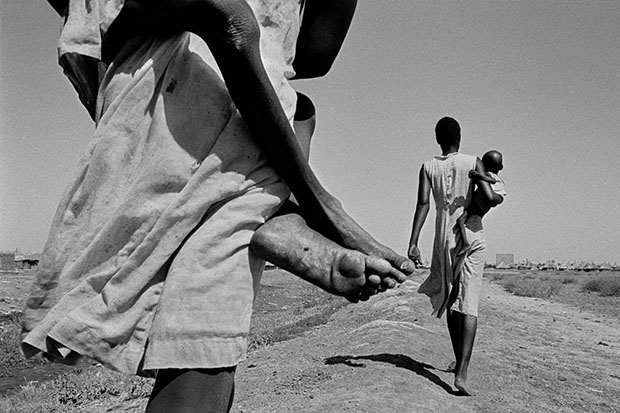 South Sudanese displaced. Most of the malnourished children are too weak to walk the 300m to the feeding center and have to be carried there. Kosti. Sudan. 1988. © John Vink/Magnum Photos 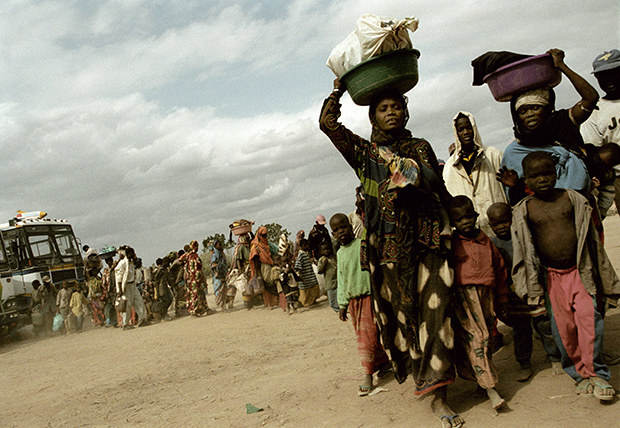 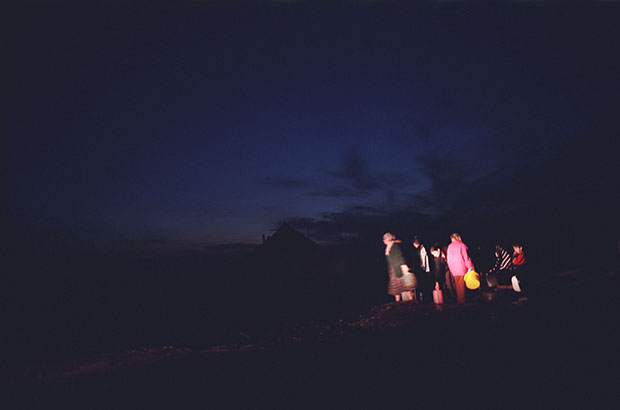 Sleptzovsk Refugee camp. Between 200 and 400 000 Chechens fled to neighbouring Ingushetia since the 2nd Chechen war started in 1999. Chechens and Ingush where formerly in one Republic, their language is very similar. Sleptzovsk, Ingushetia, Chechnya. 03/2002. 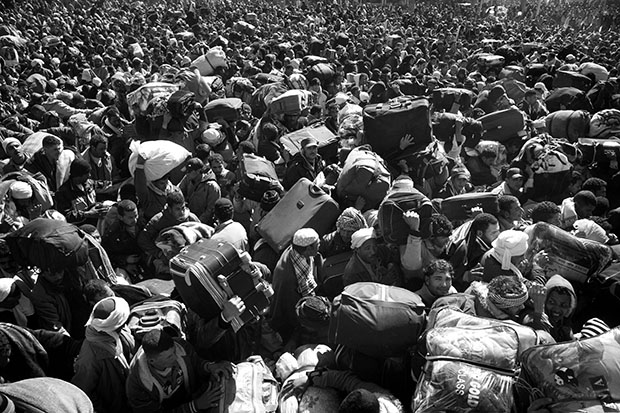 Tunisian, Egyptian and other nationals flee Libya during fighting between rebels and pro Qaddafi forces and arrive at the border crossing in Ras Jdir near Ben Gardenne, Tunisia. 2011 © Paolo Pellegrin/Magnum Photos 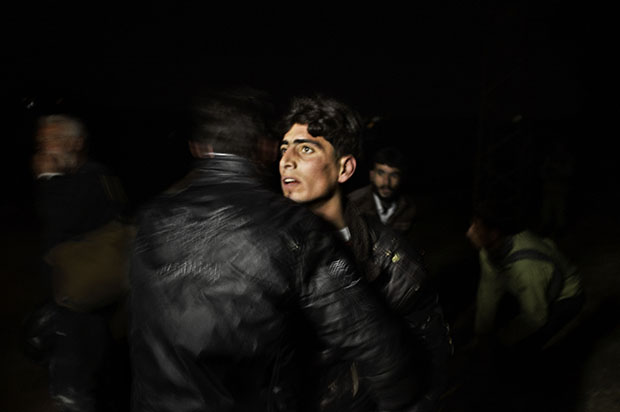 Along the Turkey-Syria border. March, 2012. Syrian refugees arrive inside Turkish territory under the cover of night after being smuggled from in from Syria © Moises Saman/Magnum Photos