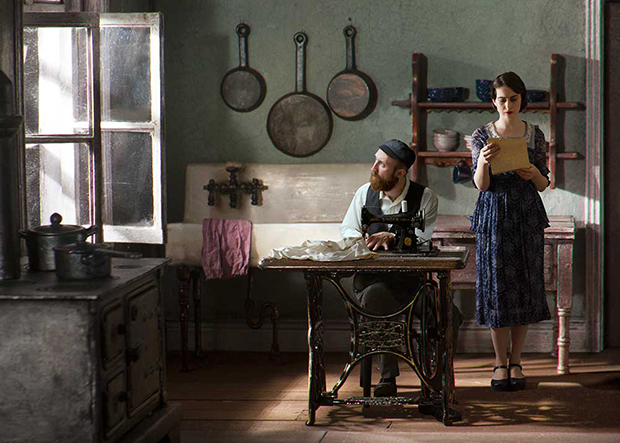 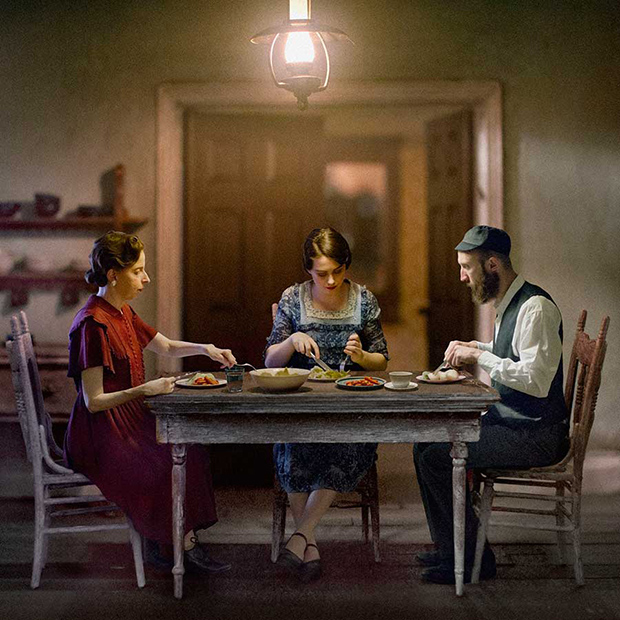 In 1930, a young tailor lived with his wife, mother, and small son in an apartment somewhere in Kazimierz, the old Jewish district in Kraków, Poland. A decade later, the area would be occupied by Nazi Germany, the Jewish families sent to ghettos and ultimately to concentration camps like Plaszow or to the Belzec extermination camp to be tortured and killed. For this particular family, however, the atrocities of September 1939 will never come to pass, for they exist not within the annals of history but instead within the imagination of New York-based photographer Richard Tuschman, who has chosen to let them remain forever within prewar Kazimierz. The mother, father, son, and grandmother are entirely fictional, and although they have been brought to life in photographs, they remain unnamed.

As with his critically acclaimed work Hopper Meditations, Tuschman has hand-built every room in the Kazimierz apartment in miniature. The family is composed of actors: two female models, a gym trainer, and the child of friends. Each scene in Once Upon A Time In Kazimierz is made by placing the fully costumed actors within the tiny set using Photoshop.

Though this family never existed in real life, the artist was influenced in large part by his trips to Krakow with his wife Ewa, who spent her childhood in the area. Tuschman was immediately taken by Kazimierz, where the historic Izaak synagogue still stands firm. In the decades since the fall of communism, it has become somewhat of a tourist destination, lined with art galleries and cafes, but what the photographer loved most were the lingering echoes of the past: the historic, once-forgotten architecture that only in the 1990s began to be resurrected.

Tuschman likens Once Upon A Time In Kazimierz to a novella; in other words, it’s a work of historical fiction, nothing more and nothing less. Though he admits that he has allowed some of the tragic history of the 1940s to color his images, he makes clear that it is ultimately not at the core of his story. Instead, this is a tale of a bygone era and its people, the way they lived, worked, and loved. Although Tuschman is hesitant to go into details about what he imagines for his make-believe family, he does note that the little boy most likely died young, remembered only in family photographs. Despite the openness and vulnerability of its protagonists, Once Upon A Time In Kazimierz remains more ambiguous than fixed, and Tuschman knows exactly when to leave some moments untold.

Tuschman has completed nine of the total seventeen images in the exhibition, and he needs our help to make the rest. Once Upon A Time In Kazimierz will be exhibited around the country at Kopeikin Gallery, photo-eye Gallery, and Klompching Gallery, but first the artist is running a Kickstarter campaign to fund the work. There are several extraordinary rewards for supporting the project, including a masterclass with the artist and even a personal portrait of yourself, shot by Tuschman and placed within your choice of his Hopper or Kazimierz sets, so head on over before it ends. 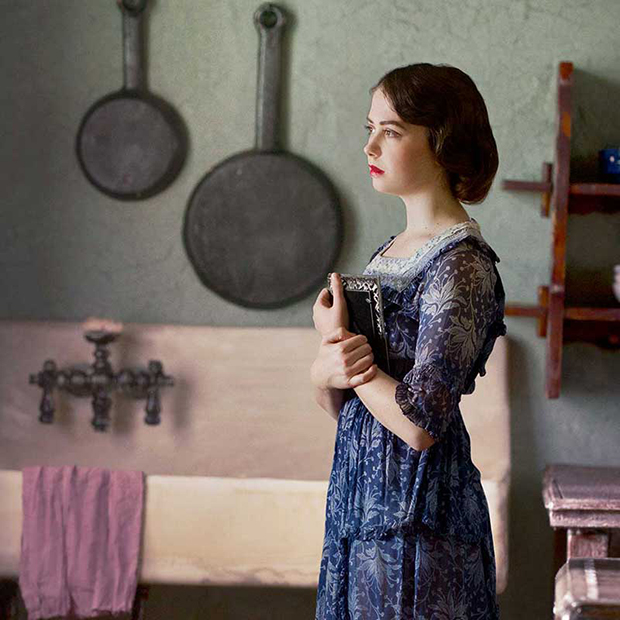 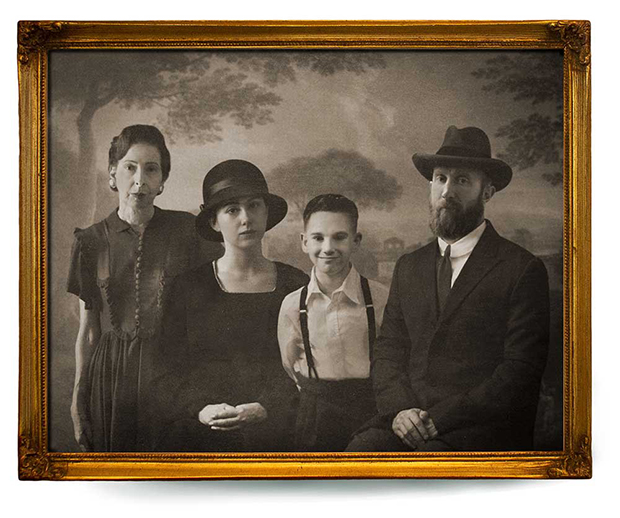