We Asked 18 Photographers: Do You Always Get Permission From People That You Photograph? 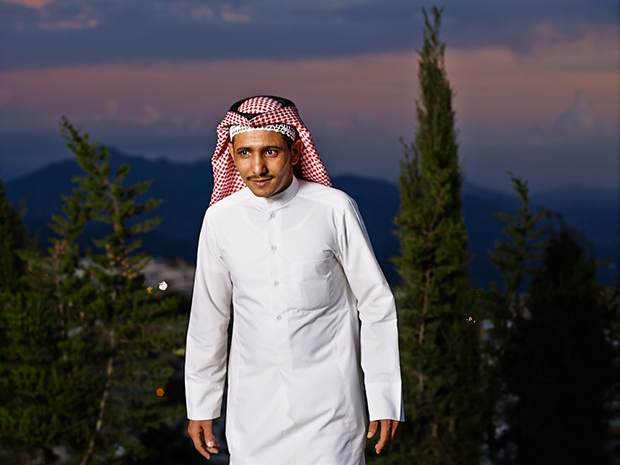 Ayesha Malik: It depends on the situation. If I am walking around with a small camera or my iPhone, I do not necessarily ask. I value the lightness of that process. Sometimes I will exchange a glance of acknowledgement if I sense a person would prefer that. In my more recent work exploring/documenting Saudi Arabia, I have chosen to actively ask my subjects to be photographed. I do not want them to be stolen moments. I want them to be given, to be honest, for a person to be seen as they wish to be seen. I started carrying around a laminated note in Arabic stating what my project was about and if I could take a photograph. I have no interest in telling people how to see Saudi Arabia. I believe Saudi Arabia has to be seen on its own terms. I hope that through this process, it will speak for itself, in all its variations. I find it is a country of private people, and I will always choose to respect that over anything else.

Ron Haviv: It is a situation by situation decision regarding permission. In the United States, if you and your subject are in public, there is no legal requirement for permission. If you are on or in someone’s personal property, permission is needed. In many cases, if I point a camera towards someone, and there is no negative reaction, I feel fine in taking the image. If they say no, verbally or otherwise, I respect their choice. If, however, there is a crime, violent act, or people are there for the purpose of being photographed, I will take the image.

Bieke Depoorter: Normally yes. I often feel uncomfortable with taking pictures in the streets, because it somehow feels like stealing… I feel better if I first ask for permission. When I enter in peoples home, it’s more easy, as I explain to them my ideas before they invite me into their home. I understand, though, if street photographers do not ask for permission first… the moment can be easily gone if you asked. It’s all about having respect for your subject. If you have that, not a lot of things can go wrong.

Corinna Kern: There are always people that will not allow you to photograph them because they either do not feel comfortable with having their image taken and sharing their stories or because they do not know you and your intentions. Often it is a matter of building a level of trust to get permission from people. When I pursue personal projects, which often deal with people on the fringes of society, I like to immerse myself in these. I often end up spending a lot of time with the individuals I photograph and relate to them in a non-judgmental way and on a friendship-level. That approach feels most natural to me and helps in getting permission to photograph as well as acquiring intimate shots.

Carolyn Drake: It depends on the circumstances. There is a pleasure in disappearing behind the camera on a crowded city street, and sometimes making the picture before the conversation makes for a more surprising picture. But if there’s someone I want to pose or spend time with, or who for some other reason it seems to make sense to ask, then I will. It’s a judgement call.

Laura Pannack: Yes, whether that’s verbal, through eye contact and gestures or written consent. It’s just my way of photographing. I didn’t used to because my work was less about engagement and more about observing. Now my work is slower and analyses the role of the image maker and subject.

Peter Dench: I rarely get permission from the people that I photograph. Most people I encounter don’t mind being photographed; it’s not the main concern or focus of their day. I generally shoot close to my subjects so if they, or I, want to have an exchange we do.

Maggie Steber: Not always, it depends on the situation. If I’m street shooting, general scenes, I just shoot; it’s the scene and people are part of it, but it’s more about the moment, composition, light, and something I’m trying to capture. If I want to photograph someone in particular on the street, I generally talk to them first, a real conversation, not just “may I take your picture,” but I try to find something out about the person…but again, it depends on the situation and where I am, what country, what culture, etc. If I’m doing a portrait of someone which is set up as an appointment, besides going with my own ideas, I like to collaborate with the subject, involve them in the idea of what the portrait can be about and get their input, as it usually works out better. I get in deeper by involving the subject and sometimes their ideas are better than mine…..two heads are better than one.

Jonathan May: If I am going to use the image on my website or for anything commercial, of course, but if it is just street photography and in public domain, then I wouldn’t bother as it will just appear on my instagram feed and get lost with the current 20 billion images that are online already, but in case you are wanting to find your photograph I took of you, then my handle is jonathanmay_.

J.M. Giordano: In instances of photojournalism and street photography, I don’t. But that’s changing country by country. If it’s for an ad/fashion editorial etc., of course. There’s a great app called Easy Release for model releases. Great interface. That being said, you should know the laws before you embark on a trip. For instance, you need peoples’ permission to photograph them in public spaces in France.

Wasma Mansour: Generally yes, particularly for my personal project because engaging the subject/participant is important for me and will affect the outcome of the photograph I take of them.

Cristina de Middel: I normally do. Especially since I stopped doing straight photojournalism. But I still take pictures with my phone in a more street photography style that I can share on social networks like everyone. For these, I do not normally ask for permission, but they are not part of my professional work.

Jenny Lewis: Yes, as my projects have all been set up portraits, where I have been invited into people’s homes or workspaces. They are fully aware of the project and the possibility of the series being part of an exhibition or book at a later date. I now gather model release forms as I go, as I end up shooting a lot of subjects for each series over a number of years, so it would be a lot of work to gather them later.

David Pace: I always get permission from the people that I photograph. I never get model releases, but when I am doing street portraits, I always interact with my subjects. Often the interaction is brief and sometimes non-verbal. I don’t take a picture until I have their consent.

I believe the most meaningful portraits result from a collaboration between subject and photographer. I want my subjects to be at ease in front of the camera, and I want to portray them as they want to be seen. For street scenes or pictures of people working or dancing, I also get permission. I used to think it was possible be “invisible” and surreptitiously capture moments of “reality.” I was afraid that if people knew I was taking pictures, it would alter the situation. But my experience photographing in West Africa over the past nine years has taught me that the most natural, realistic images come from having a deep relationship with my subjects. I have become so familiar, so much a part of the community, that I disappear. This secondary invisibility allows me to photograph “real life” with the full knowledge and consent of my subjects.

Molly Landreth: Absolutely. I have always thought of photography as a really powerful tool for change and empowerment, and I consider my subjects collaborators. I often times use a large format film camera, which is bulky, awkward and complicated to set up….there is no sneaking around when you’re using a camera like that. My subjects are often times standing directly in front of the camera and looking right into the lens – like they are saying “I’m right here and I’m staring right back at you!” So permission is critical.

Benjamin Lowy: No. Definitely not. Especially in the context of Street Photography or Photojournalism. But a lot depends on the approach or what I’m trying to accomplish.

Nancy Borowick: Whether I’m shooting or just observing, I like to have my camera slung over my shoulder. I feel like if people see the camera and don’t openly object, I feel like that is unspoken permission. Depending on who you are photographing for, sometimes you need permission, especially if you are photographing young children, but generally I shoot first and then ask second, if I ask at all. When I photographed my parents in the hospital, I always had my camera in plain view. I figured that if I acted like I had permission, no one would bother me about it, and that sort of worked.

Martin Usborne: It depends. If its a formal portrait, then you kind of have to. If it’s more documentary based, then no. Each situation is somewhat different.