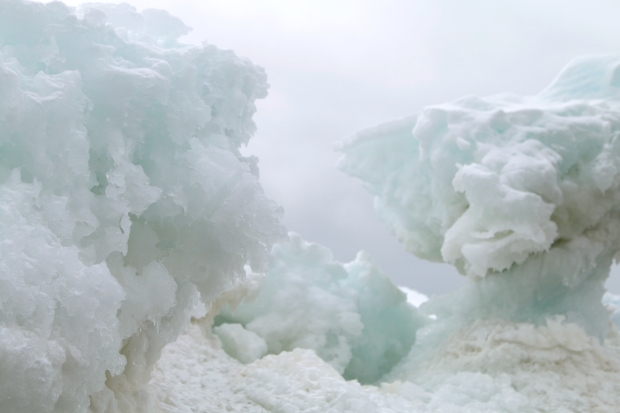 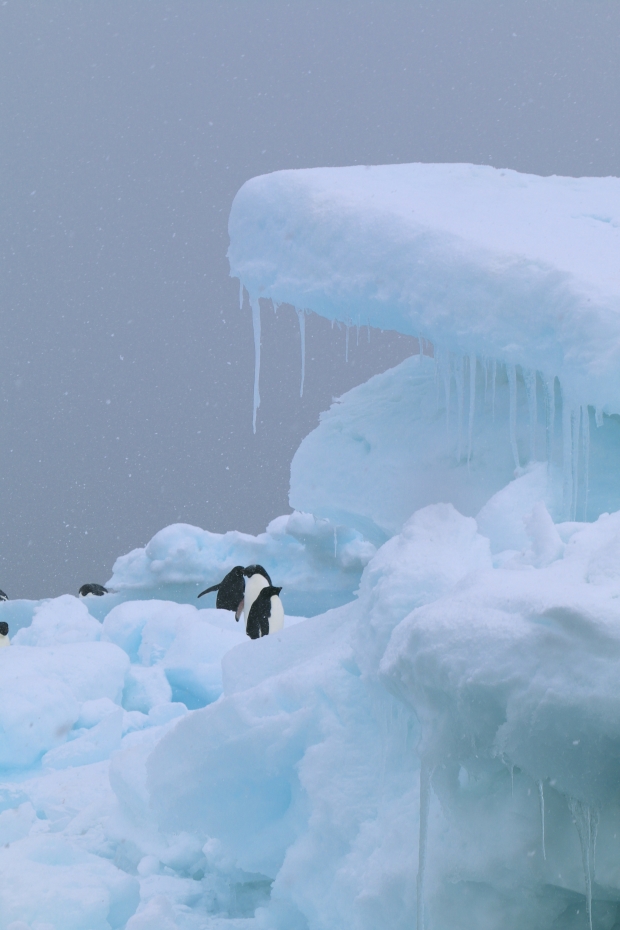 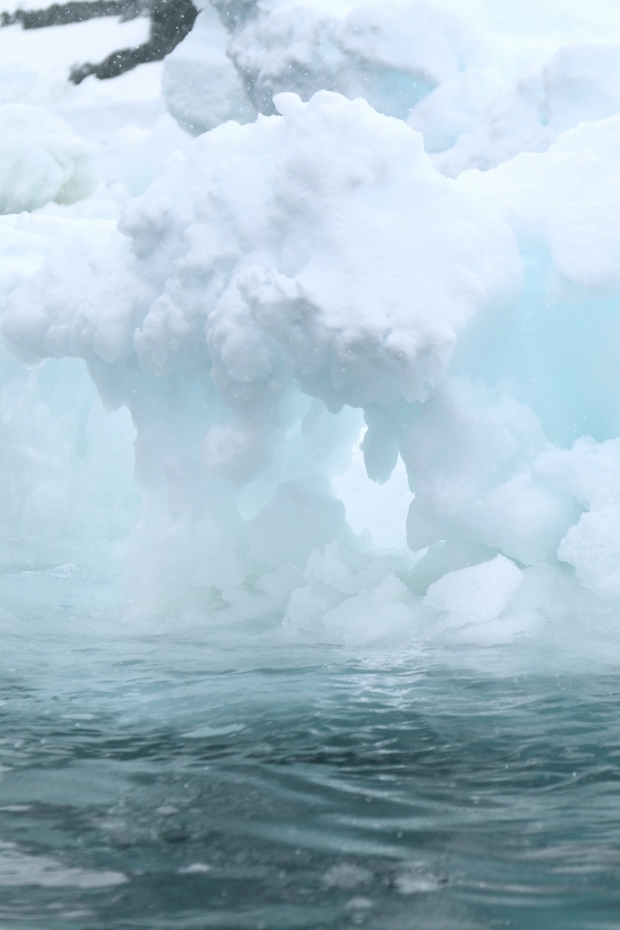 In Antarctica, says London-based photographer Anna Vlasova, snow comes in more shades than white, coloring ancient icebergs in pastel shades of blue and green. Seventy percent of the planet’s water is held precariously within these floating monoliths, bodies of frozen fluid that can tower as high as our lofty skyscrapers and extend well below sea level, where they are blanketed in a fuzzy layer of ice algae. For The Character of Snow, Vlasova tells the story of these enigmatical and volatile bodies, glancing back thousands of years to a time when they roamed the seas, uninhibited and unbroken by the will of mankind.

The photographer’s decision to visit Antarctica was spontaneous, the result of a once-in-a-lifetime invitation that she could not refuse. She spent her days in a friend’s cabin, venturing out by way of a ship called The Ortelius, which transported her to the sequestered colony of Emperor Penguins that live along the Weddell Sea. She witnessed icebergs ranging in size from the colossal to the petite, with her favorites being those small enough to approach. While she was initially struck by their apparent airiness, she discovered that when brushed with her palm, they were in fact sturdy and resilient.

In examining their color gradients, Vlasova weaves together the histories of the icebergs, explaining that blue snow betrays old age, resulting from the density at which the ice is packed. The luminous green algae is what most held her gaze; in it, she found a primordial basis of all life on the continent. Tiny krill live live off of the algae and become food for larger mammals like seals, whales, and penguins. Without it, life slows to a halt.

In the face of climate change, the icebergs are melting taking with them the habitat on which the algae grows. Regardless of their countless years on earth and no matter how solid they might seem to the touch, these formations are in many ways fragile and unstable. Vlasova describes the inhabitants of Antarctica as innocent and naive, noting that seals and penguins alike will allow humans to advance on them, their eyes wide and inquisitive. Says the artist, “It seems cruel to be causing the destruction of their world from so far away.” 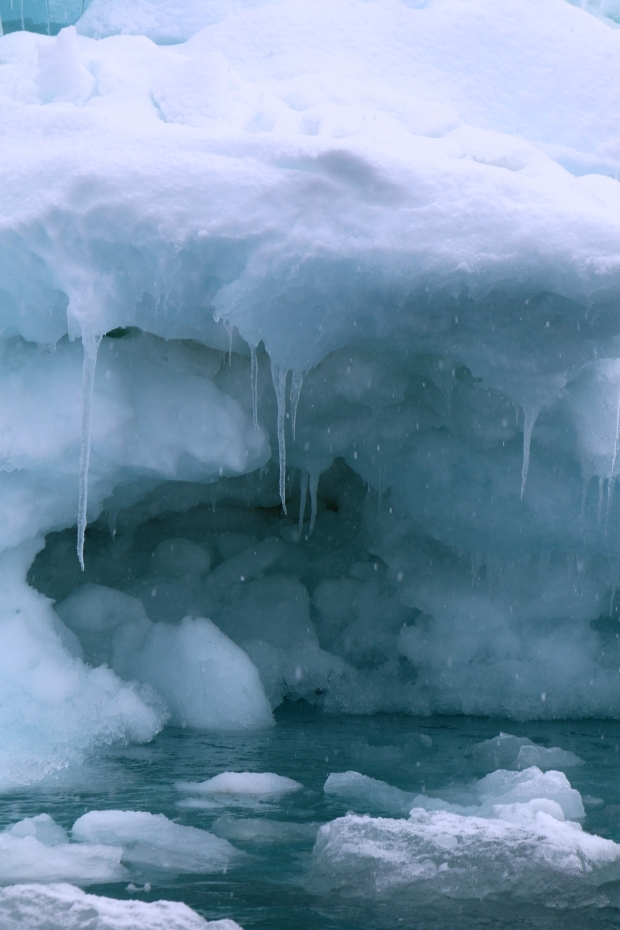 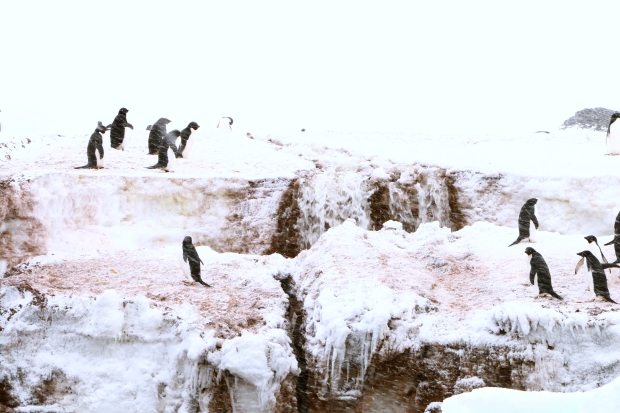 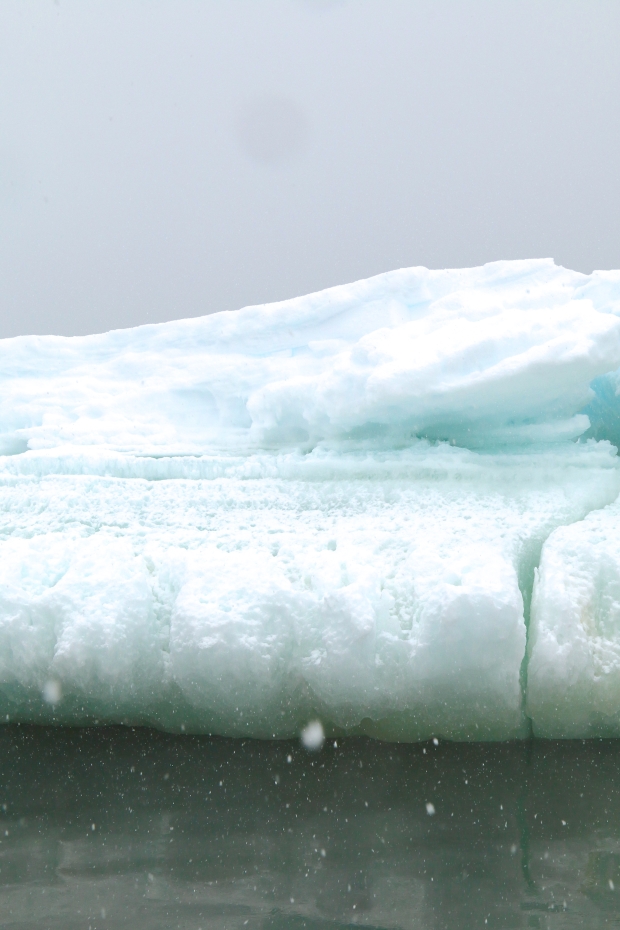 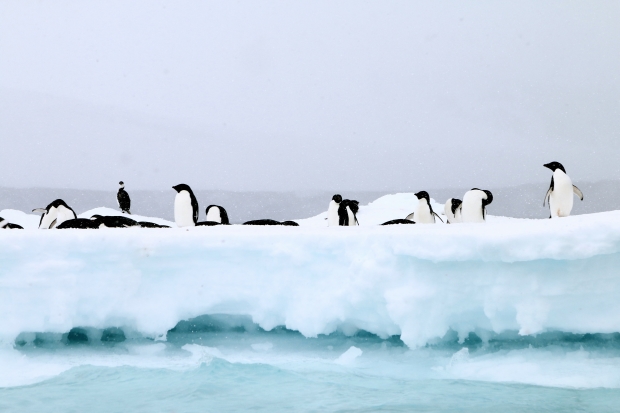 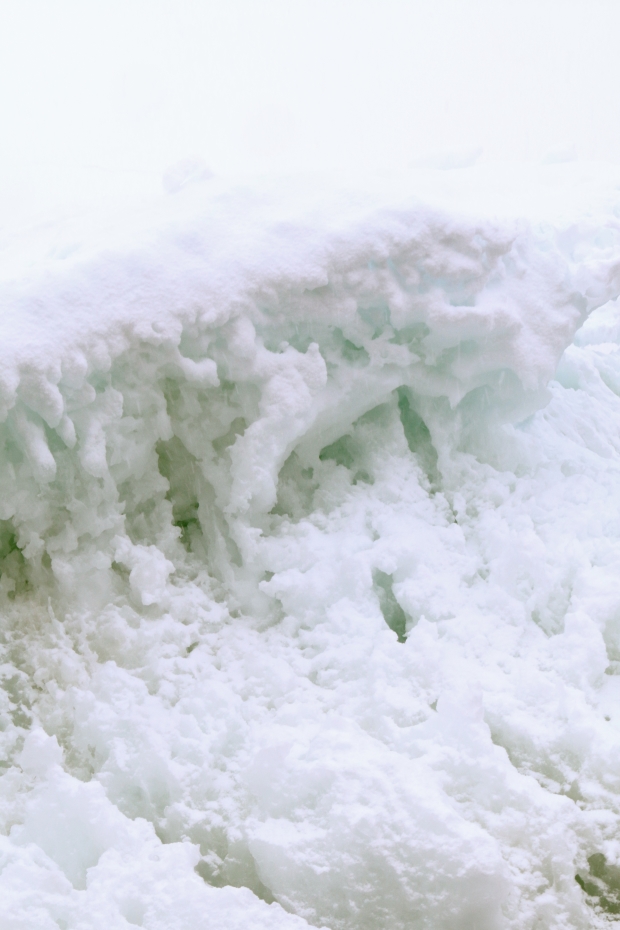