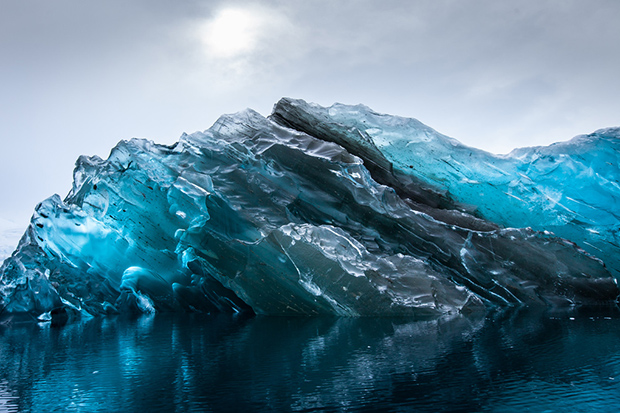 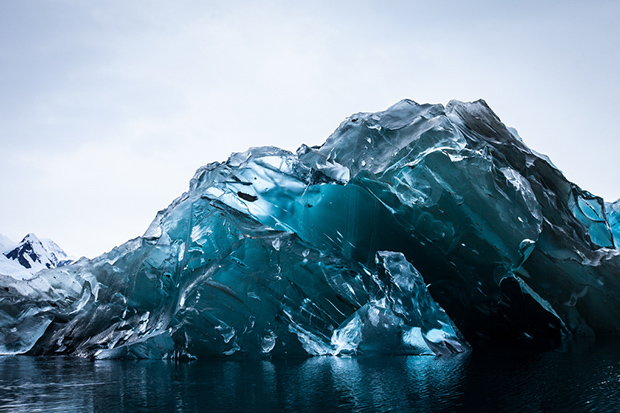 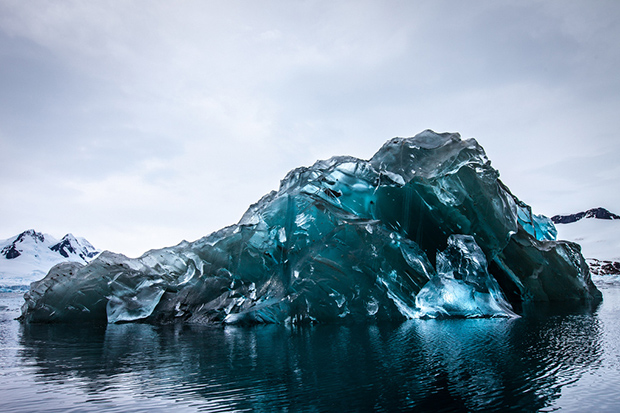 When San Francisco-based photographer Alex Cornell visited Antarctica with his sister and mother, he could not have predicted that –amidst the majestic sights of penguins and seals– he would encounter the singular and vastly unusual phenomenon known as a flipped iceberg. Surrounded by its fellow icy mammoths, the overturned structure revealed the glossy, transparent blue crystals that hide beneath the familiar snowy surface.

In was an antarctic summer in the Cierva Cove, the days dominated by long hours of sunshine, and in the golden rays, the glassy ice reflected the bluest hue. Icebergs, having broken from freshwater glaciers, most often float atop saltwater bodies, but their constitutions are unstable. On the rare occasion that the weight of the exposed portion exceeds that of the underwater mass, they are overturned, sometimes discharging the same amount of energy released by an atomic bomb.

For Cornell, the chance brush with the colossus is not one that he will easily forget. Says the artist of the icy beast, “it looked almost like a living thing, with water moving through air pockets almost like veins.” This particular iceberg, reports Daily Mail, could be anywhere between ten to several hundred thousand years old. As climate change leaves our planet and this continent in an urgent state of uncertainty, Cornell’s beguiling images remind us of just how much we stand to lose.