Vintage Photos Remember the Dogs of the First World War 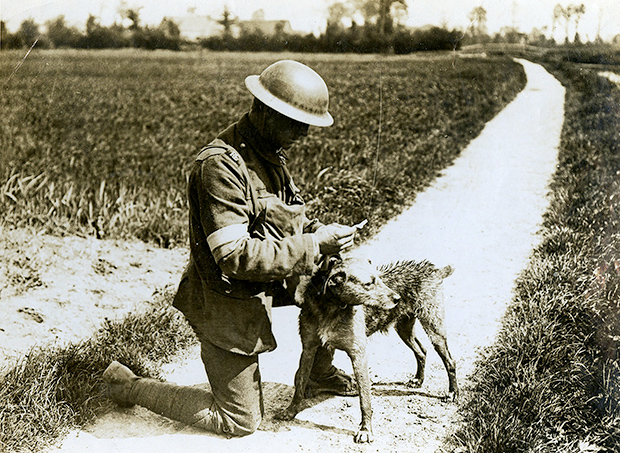 A British messenger dog in France during the First World War, 19 May 1918 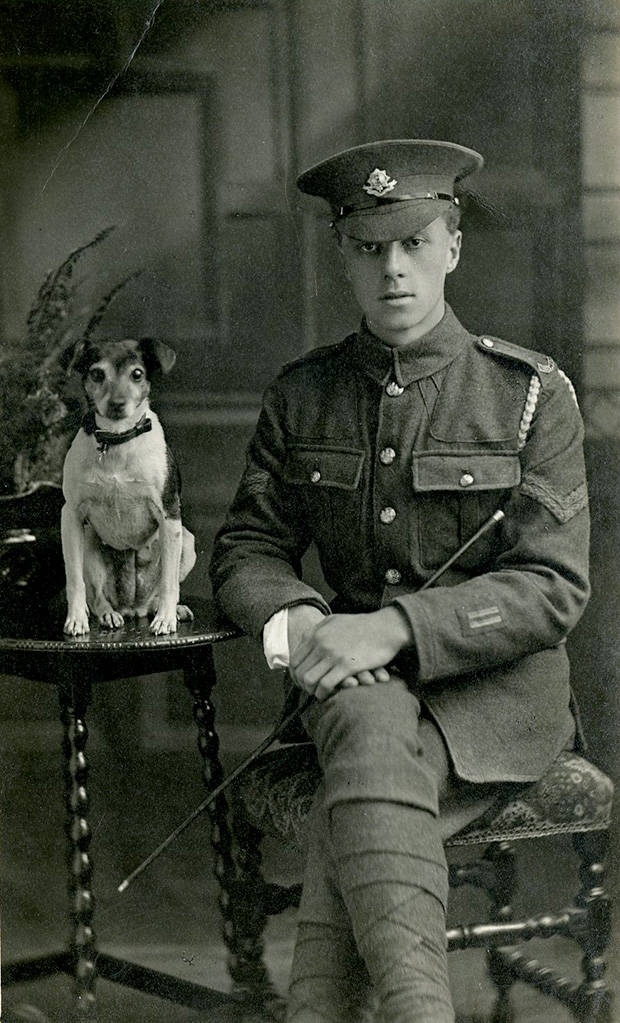 Corporal of the Worcestershire Regiment and canine companion, circa 1917. (Note two wound stripes on left cuff – these weren’t introduced until August 1916)

Although most of the heroes of the First World War are remembered as human, tens of thousands of dogs, from Jack Russell Terriers to Dobermans, were shipped from their homes to the trenches, where they put their lives on the line to protect and aid their troops. Dogs of the First World War, opening at Bishopsgate Institute on March 10, pays tribute to these unsung canine guardians through a selection of vintage photographs salvaged over a span of forty years by collector Libby Hall.

Over the course of the war, dogs saved thousands of human lives, working as members of the Red Cross, sentries, messengers, and scouts. Sometimes they were bred as military dogs, but in the face of diminishing troops on both Allied and Central sides, often it was stray dogs and pets who were rounded up, and after weeks of training, sent to the battlefield. Due to financial distress, some dog-owners willingly gave up their companions, while others were compelled to donate them to the war.

Because of their smallness, agility, and intelligence, dogs took on a variety of roles. Red Cross dogs were able to sniff out wounded and fallen soldiers, entering the line of gunfire to provide medicine and supplies, which were transported in small bags saddled to their backs. In addition, they knew to bring an item—often a cap— belonging to an injured soldier back to camp and then guide medics to the site where he lay. Sentry dogs learned to quietly warn human comrades when an enemy approached, and messenger dogs sprinted through the darkened and strenuous miles of terrain carrying urgent notes— contained within a tin receptacle affixed to their collars— to headquarters.

Some dogs, notes Lisa Roberts of Bishopsgate Institute, were simply the beloved friends of the troops, a job that should be no means be underestimated. Known as “mascot dogs,” these animals became the confidantes of those suffering in extreme circumstances, and it was often these non-humans who reminded soldiers of the significance and resilience of their humanity.

While dogs like Sergeant Stubby, who saved and consoled the wounded, and Jack the Airedale, who was fatally shot in the process of delivering a life-saving message, are remembered today, there are countless anonymous dogs whose memories are preserved only in private photographs and postcards.

Hall began collecting these photos in the 1960s, when she encountered the start of her collection at a local thrift store. Had she not intervened, many would have been thrown out and forgotten. Looking back at the dogs today, we find that the goodness, courage, and loyalty of these animals quite transcends the passage of time. Regardless how many years stand between us, their memory is deeply felt. “In the end, the dates didn’t matter to me. The dogs were the same dogs, whether in 1850 or 1920,” concludes Hall.

Dogs of the First World War is on view at Bishopsgate Institute from 10 March to 26 June, 2015. 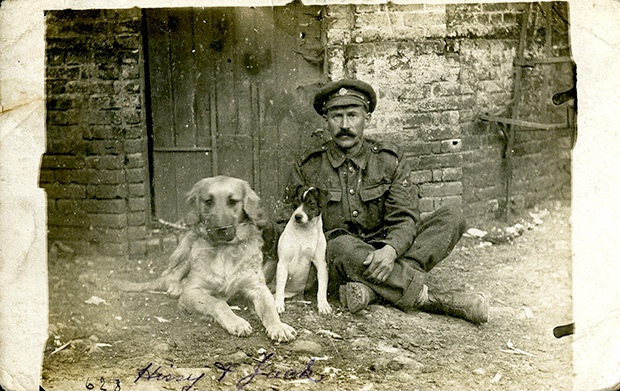 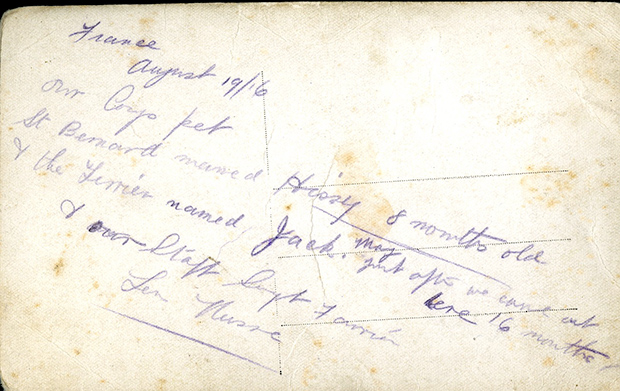 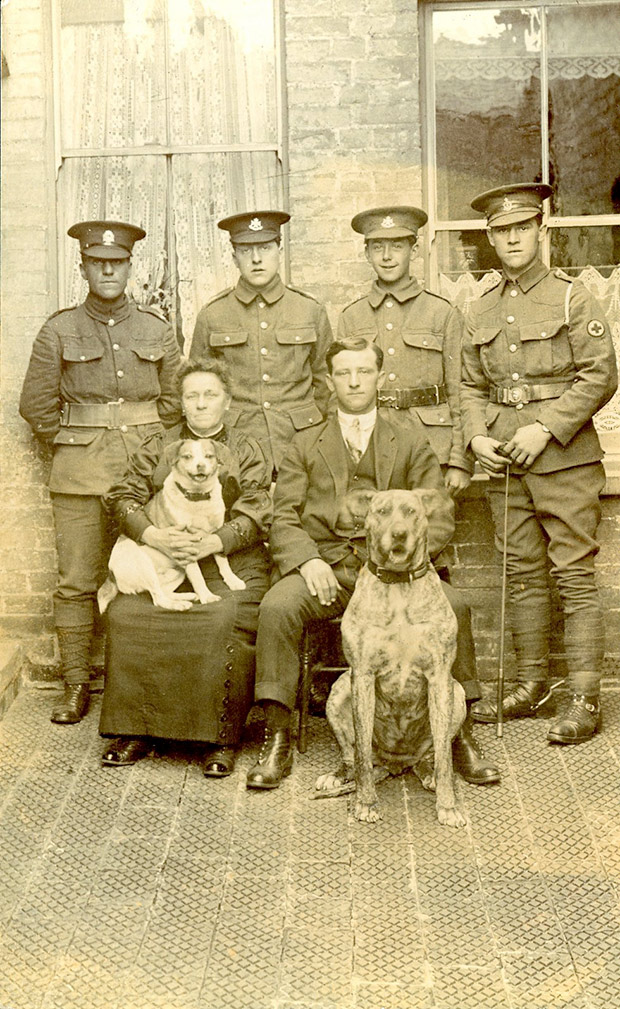 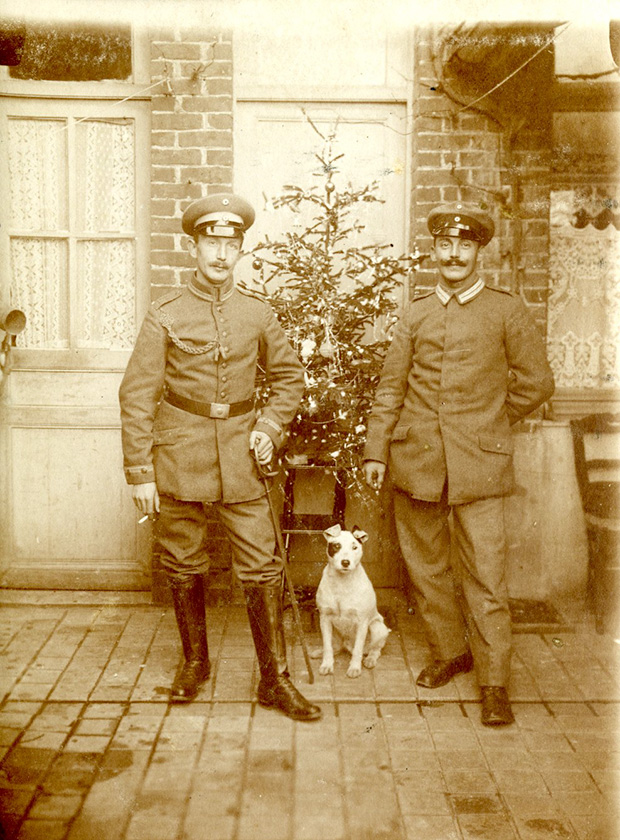 Two German Officers probably of General von Kluck’s, 1st German Army, resting behind the lines at Le Cateau, France, Christmas 1916, during the grinding battles of attrition at the Somme and Ver dun. Le Cateau, which had been occupied by the British forces since their arrival in France, became the second major battle of WW1 on 24thAugust 1914. A huge setback for the Allied forces. The bloody battle saw the British forces heavily defeated and forced to withdraw, retreating to the West. Two years later, as the picture shows, Le Cateau had still not been retaken by the Allies. 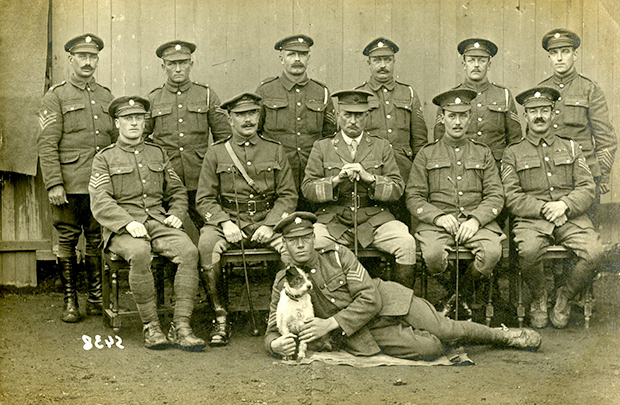 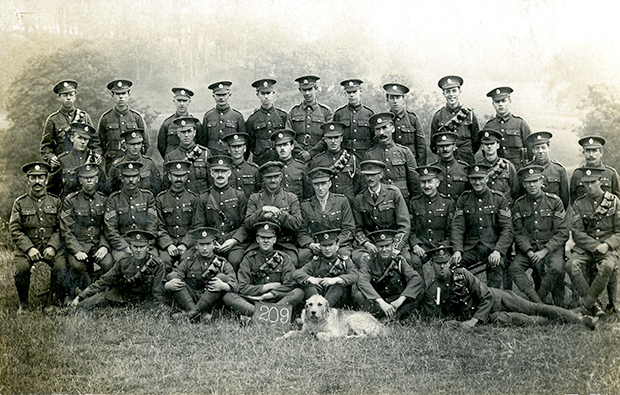 All images from the Libby Hall Collection, Bishopsgate Institute Archive