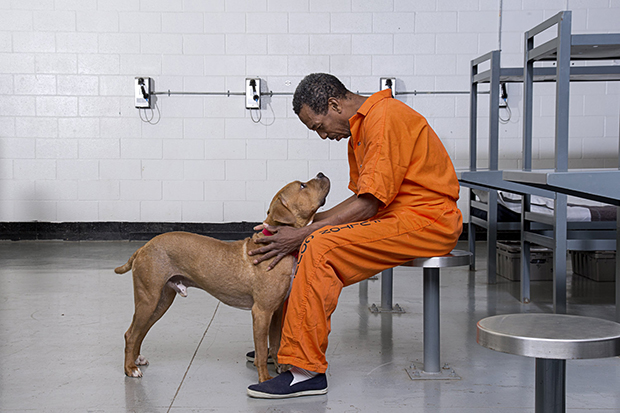 “Many of the inmates have had very few emotional connections in their lives,” says Atlanta-based photographer Kelly Kline of the rare and precious bond that forms between the residents of the Fulton County Jail and the homeless dogs in their care.

The dogs are all rescued from the Fulton County Animal Services shelter by Canine CellMates, an organization that both saves animals from euthanasia and empowers inmates to turn their lives around. For ten weeks, explains the photographer, the dogs live in a special part of the jail with those accepted into the program. The men are supervised and mentored by a trainer, and they teach their dogs basic obedience commands and leash-walking skills.

While at the facility, the dogs are given a small play area outside, where they work with their assigned inmate. At night, they sleep side-by-side with their human, in a dog bed and crate next to the prison bunk beds. Once the dogs graduate from the program, they have the skills to thrive in a home, and they are put up for adoption into loving homes.

The effect of the program on the inmates themselves is monumental; the responsibility and privilege of working closely with dogs in need gives them a sense of purpose while they’re behind bars and builds self-esteem. A good portion of the inmates stay in touch with Canine CellMates once they are released, and the organization connects them with opportunities outside of jail.

Since 2013 when Canine CellMates was founded, the euthanasia rate at Fulton County Animal Services has fallen from 42% to 24%, and the human graduates from the program are less likely to re-offend and find themselves back in prison. The friendship they build with their dogs is so strong that sometimes they end up setting up visits and reunions after the dogs are in their forever homes.

“Both the dogs and the inmates are seen as castoffs,” says Kline, but that changes when they have each other. She noticed an unspoken trust between the inmate-dog pairs she visited at the facility, and when she asked the men to sit for her camera, they proudly sat beside their canine friends.

Being truly seen, she suggests, bestowed upon them “a dignity” they’re rarely given. If the dogs seemed nervous in front of the equipment, the men calmed them down, and they were reassured, feeling safe for what must have been the first time in a long time.

Please consider donating to Canine CellMates so that they can continue to save dog and human lives. You can also see dogs who have graduated from the program and are available for adoption here. Kline’s series Canine CellMates will be on view as part of the Georgia Photographer Showcase this summer at THE FENCE 2016. 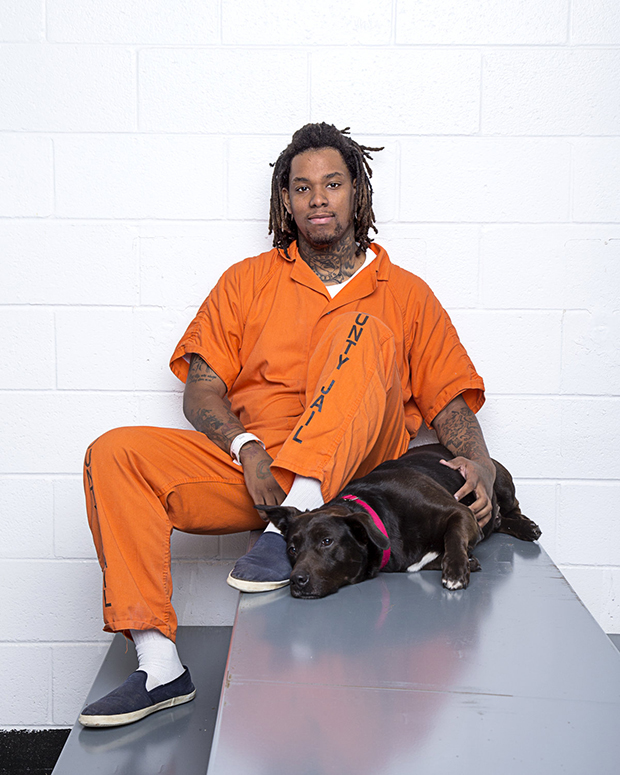 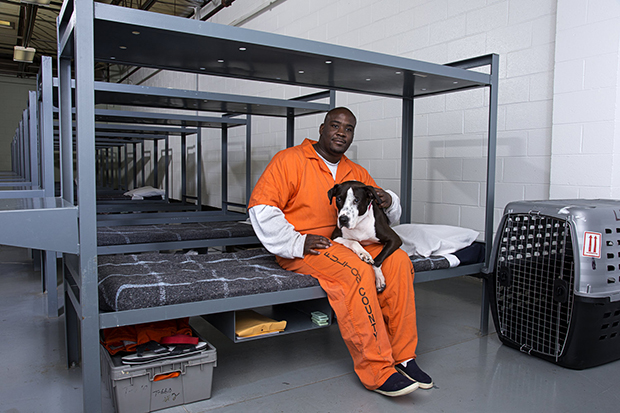 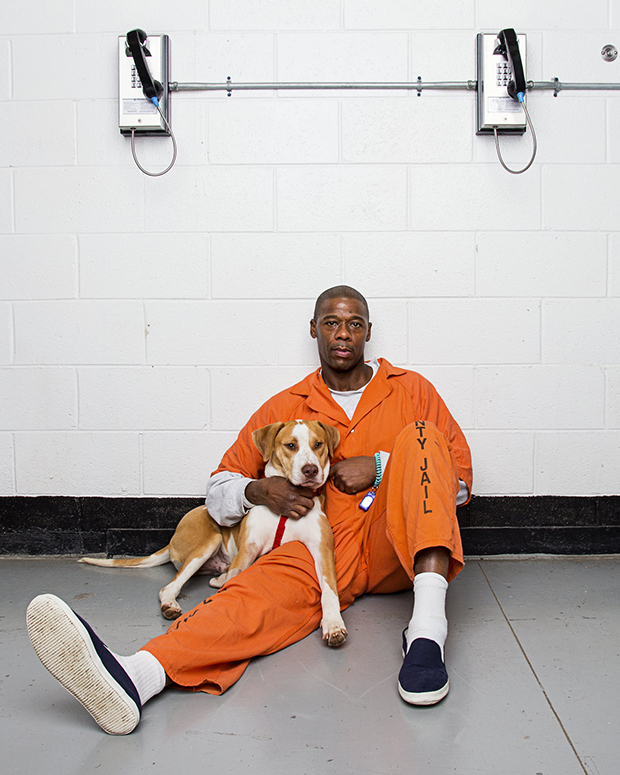