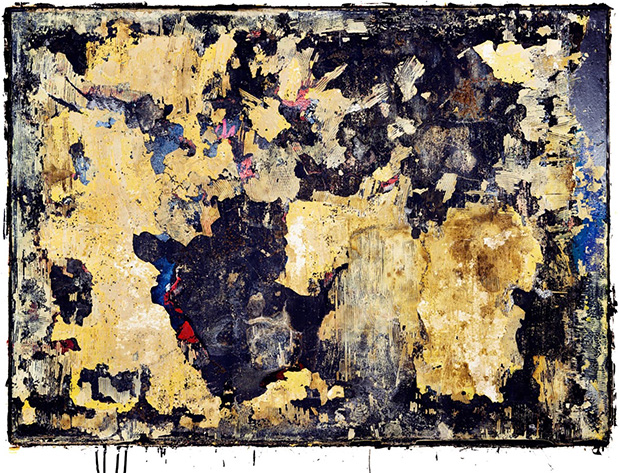 Most of you who regularly ride the New York City subway have felt the palpable decades of use down in the tunnels, which are layered with dirt, grime, and much worse. It’s also true that most subway commuters generally concentrate on anything but the grungy subway walls surrounding them. For New York-based photographer Wyatt Gallery, the opposite is true.

With his series SUBTEXT, Gallery has found beauty in the many decades-old layers of subway advertisements, old paint, and graffiti in the vacant spaces where an ad or poster has been ripped off to make way for a new one, and temporarily leaving what looks like an abstract painting.

While riding the subway, Gallery began to notice these blank spaces where an ad had yet to be pasted up. They are a transitory vision of the layers of history found in the subway. Gallery, with the help of artist Hank Willis Thomas, would photograph the blank spaces whenever he could find them. Because the blank spaces are only there until new ads are applied over them, they last for a few days at most.

Gallery, who has photographed the aftermath of the tsunami in Sri Lanka and Hurricane Katrina in New Orleans, says, “I’ve been drawn to a form of beauty that can exist within destruction, but more importantly an inner beauty and resilience that is born from hardship and exists beneath one’s seemingly perfect outer shell.”

SUBTEXT, which features two collaborative works by Gallery and Hank Willis Thomas, is on view now through February 22, 2015, at Foley Gallery, in New York City. 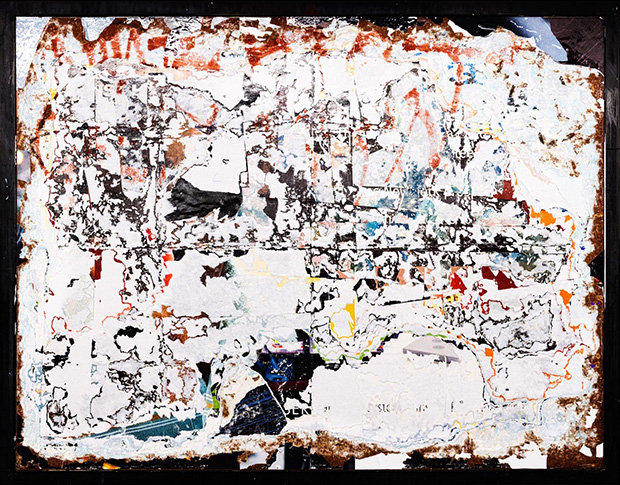 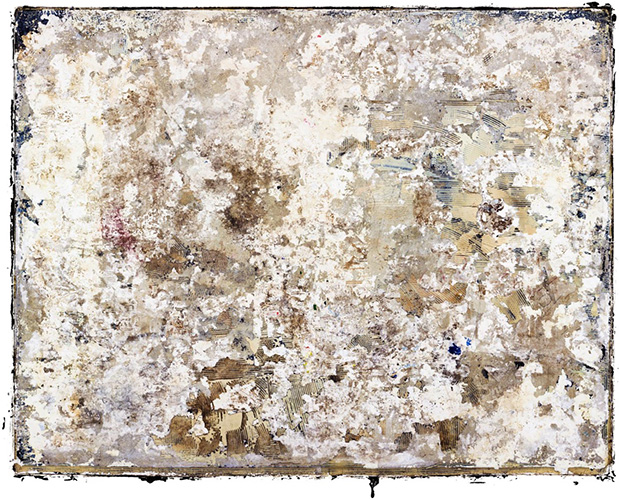