Guns, Spirits, and Cases of Vaseline: Startling X-Ray Images Show Belongings of Passengers at a Security Checkpoint in the St. Petersburg Subway 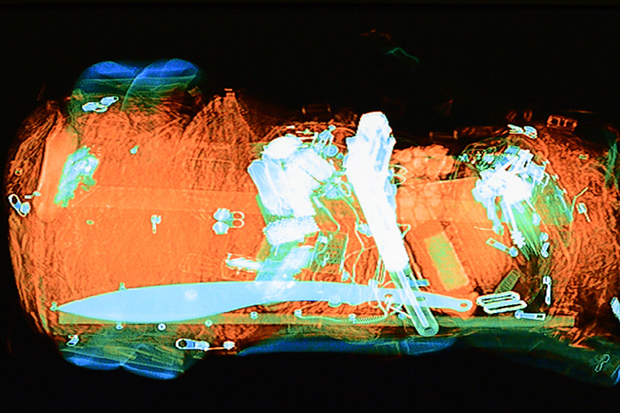 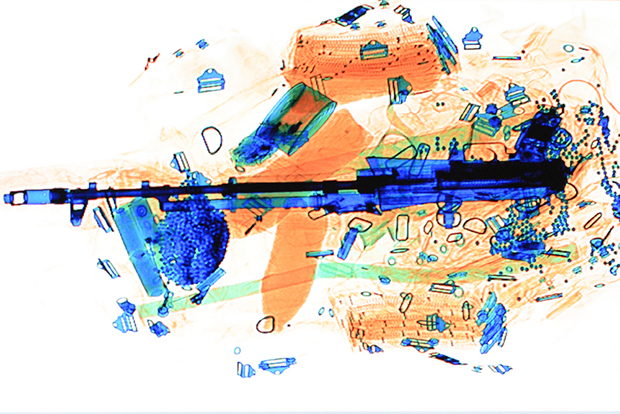 AKM Airsoft machine gun (for a game not dissimilar to paintball), bag of pellets, can of spam.

Much like international airports, explains the photographer, the St. Petersburg Metro stations are equipped with x-ray scanners; as they go about their daily routines, commuters might be asked to hand over their bags for a quick screening in the lobby. When he first embarked on the project, Ponomarev hoped to challenge notions of privacy and surveillance, to in essence survey the surveyors, and to keep tabs on the ways in which our private lives are scrutinized and examined by unseen eyes.

What he was unable to anticipate was the volume of weapons carried by ordinary citizens. These aren’t, he stresses, objects that people are trying to smuggle overseas; simply, they’re items that individuals choose to take with them on their day-to-day errands throughout the city. “St. Petersburg is a safe city,” says the photographer of his home, suggesting that the need to carry knives and other weapons is likely based more in fear than it is in any intention to commit violence.

When a weapon shows up on the x-ray screen, guards ask to see the proper paperwork, and if the individual in question is legally permitted to carry it, life goes on as usual. In reproducing the images that flicker across these scanners, Ponomarev interrogates not only the potential of governments to blur the lines between what is private and public, but also the precarious and sometimes disturbing role of weaponry in contemporary culture.

Ponomarev refrains from making any firm conclusions—and his Artist Statement reveals very little about his personal political leanings— and instead chooses to ask questions about what it would take for us to truly feel safe in public. The items we take with us when we leave home are things that make us feel secure and protected, but at some point an invisible line is crossed, and the objects on which some people rely become dangerous to others. In response to the recent cover story published by the Editorial Board at The New York Times, titled End the Gun Epidemic in America, the photographer says simply, “The problem is that this is a worldwide epidemic.” 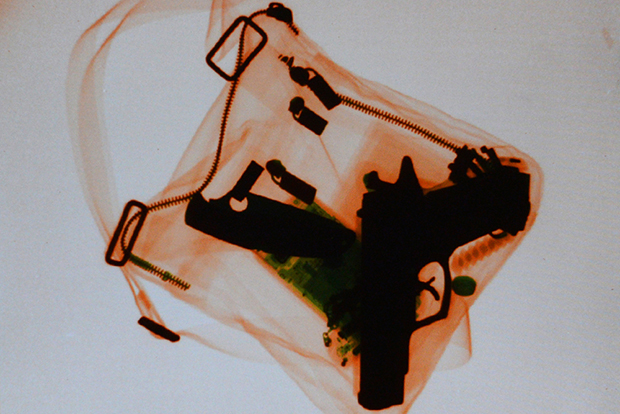 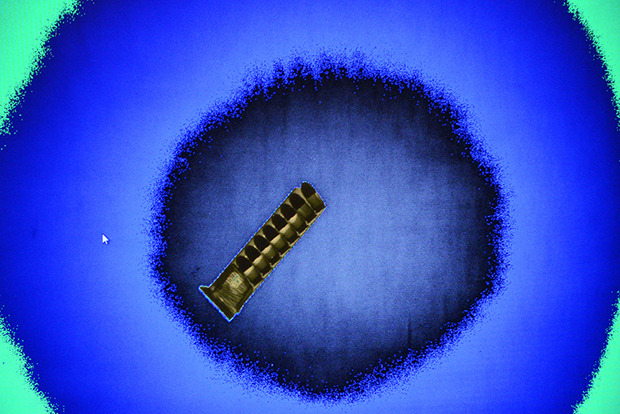 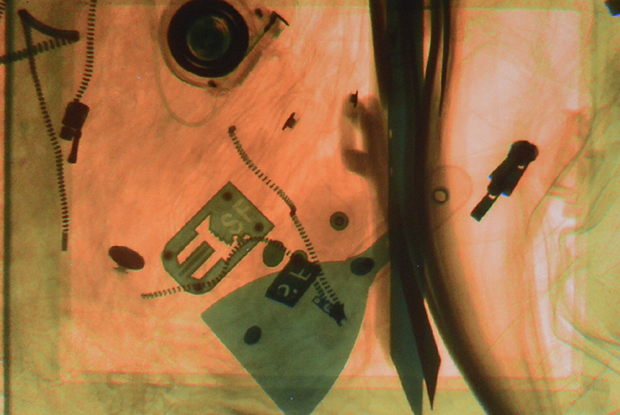 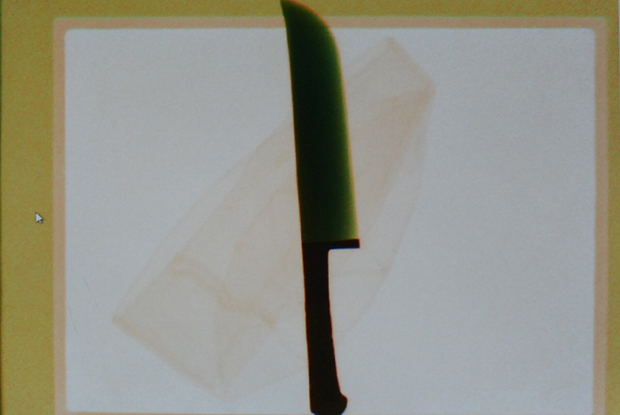 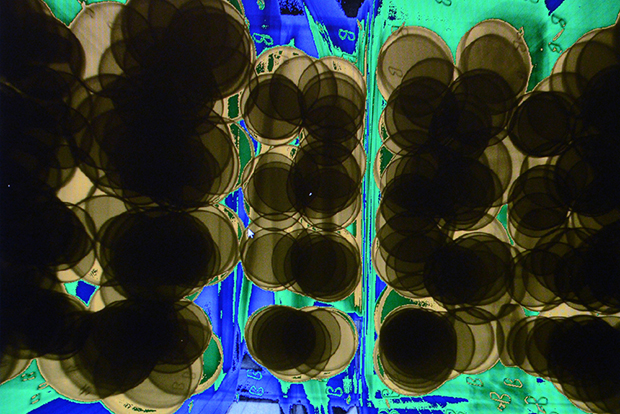 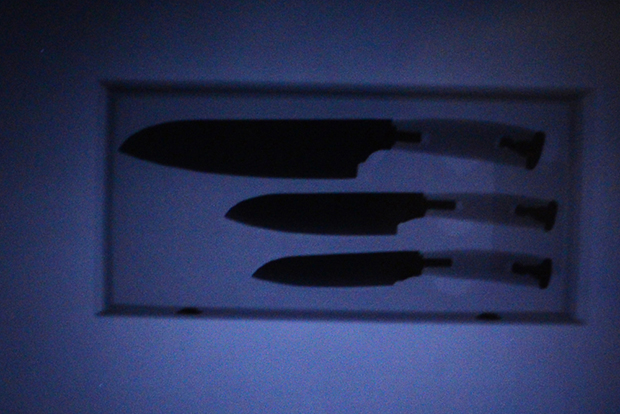 A set of kitchen knives. 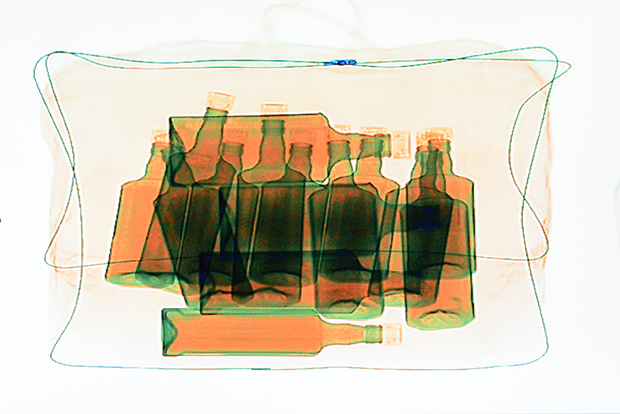 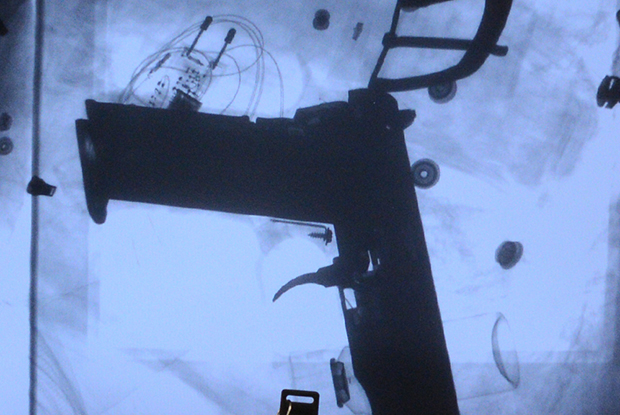 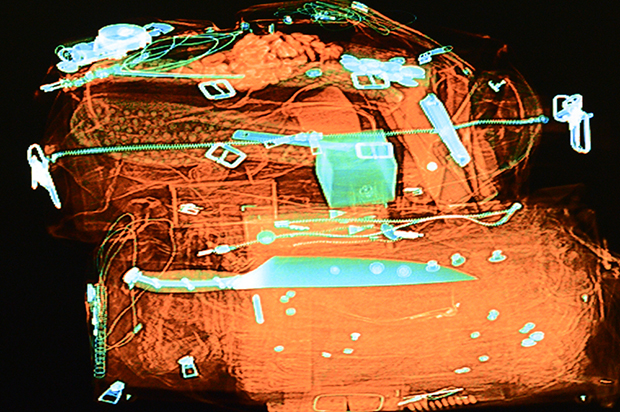 A kitchen knife, shoes, a notepad. 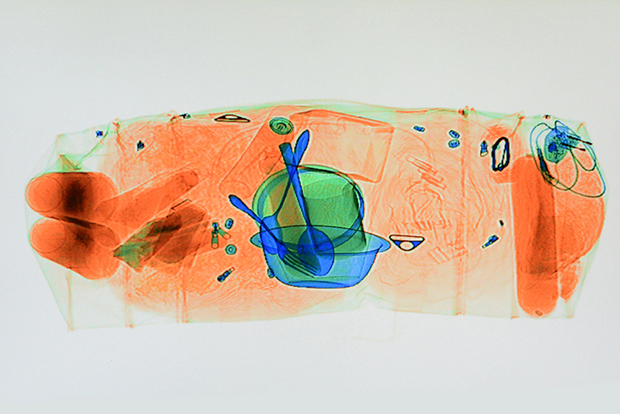 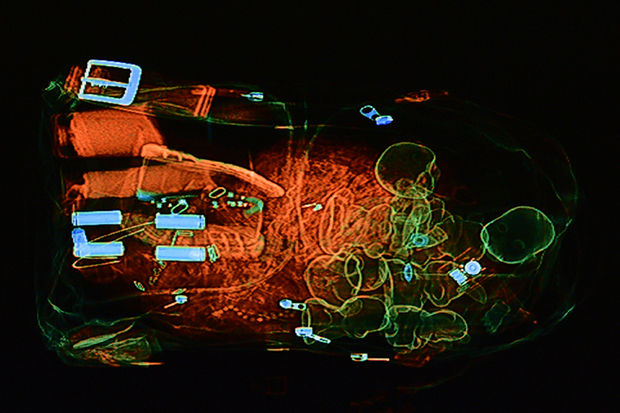 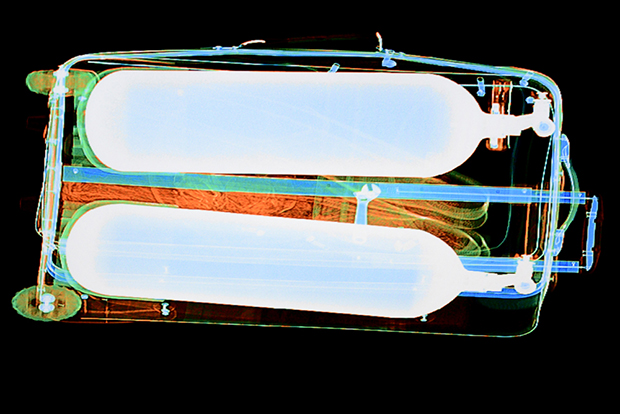 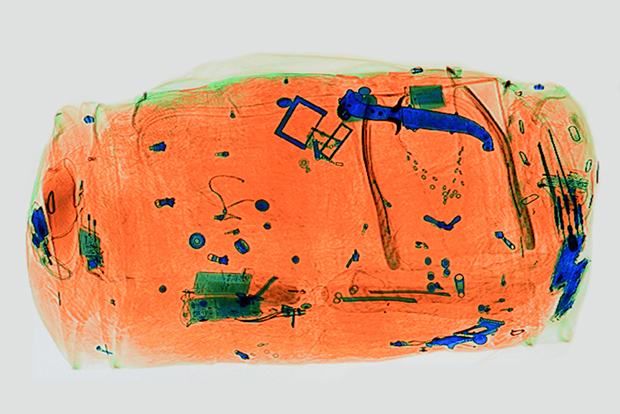