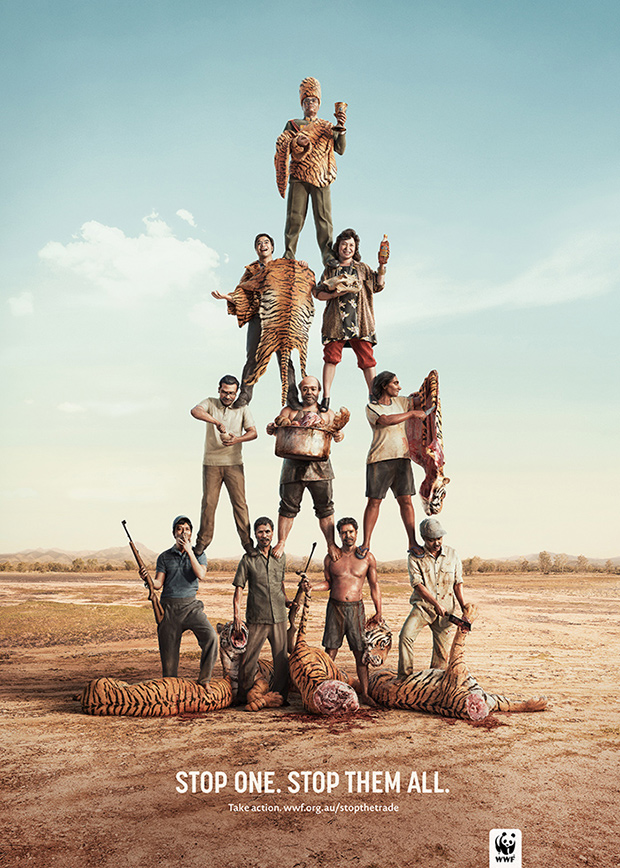 Around the globe, tigers, rhinos, elephants, and gorillas are running out of time and facing extinction. In recent years, dangerous and illegal poaching networks have expanded to the level of drugs and arms syndicates, creating a black market industry that brings in approximately $10 billion annually. Many of these groups directly fund terrorist cells in unstable communities in Central Africa and around the world. Despite the devastation wrought by violent poachers, there continues to be a market for rare animal parts, many of which are used in traditional Asian medicine or purchased as markers of wealth and status.

The good news is that governments are taking steps against crimes against wildlife, positioning rangers in national parks in countries like Gabon, Cameroon, and Rwanda to guard against poachers. Sadly, these troops are unprotected against criminal networks, who have access to helicopters, grenades, heavy firearms and automatic weaponry. Every four days, a ranger is murdered, sometimes with his or her entire family. In the midst of this global crisis, the World Wildlife Fund hopes to provide meals, first aid, and equipment to those working on the front lines to save our planet’s magnificent creatures.

For their arresting new campaign STOP ONE. STOP THEM ALL, the organization teams up with Australian advertising agency Leo Burnett and photographer Surachai Puthikulangkura. Each print depicts a pyramid founded on the carcasses of endangered animals; at each level, there stand groups responsible for wildlife crime: the poachers, the smugglers, the vendors, and those who purchase the products, like shark fins, tiger pelts and ivory. At every tier, we have an opportunity to break the chain of demand. Ultimately, we each have a duty to ask questions about the products we consume, to challenge the trade that has stolen countless animal and human lives. To help, visit WWF. 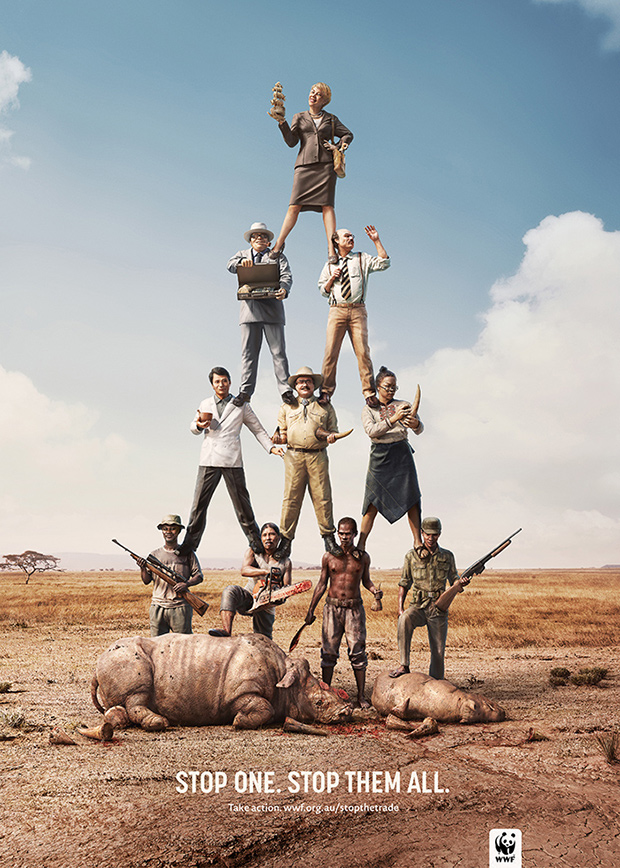 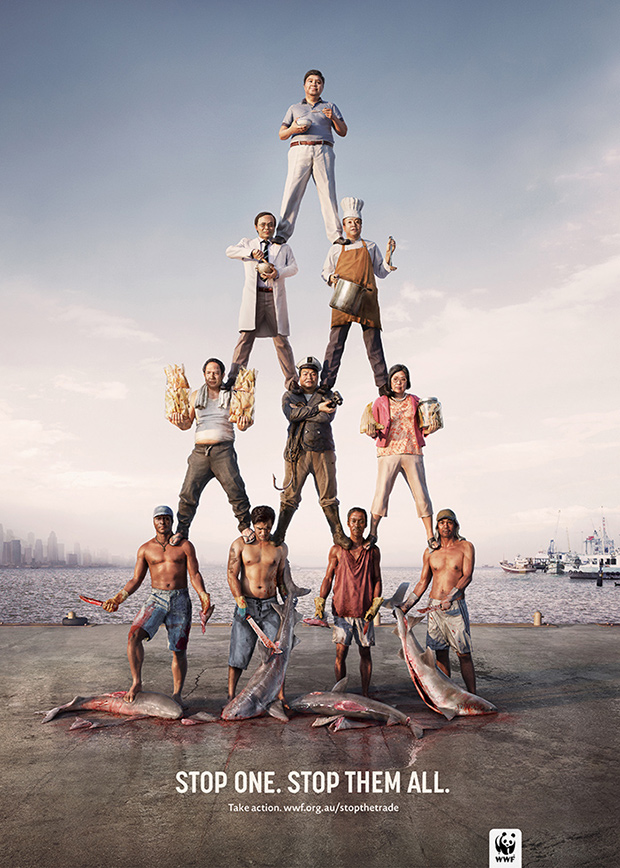