Creatures of the Night: Photos Capture the Wonder of Nocturnal Animals 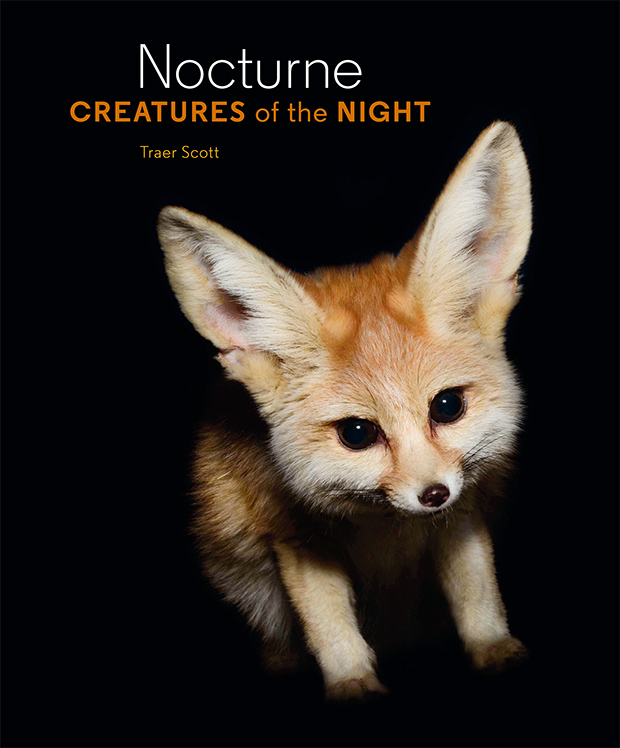 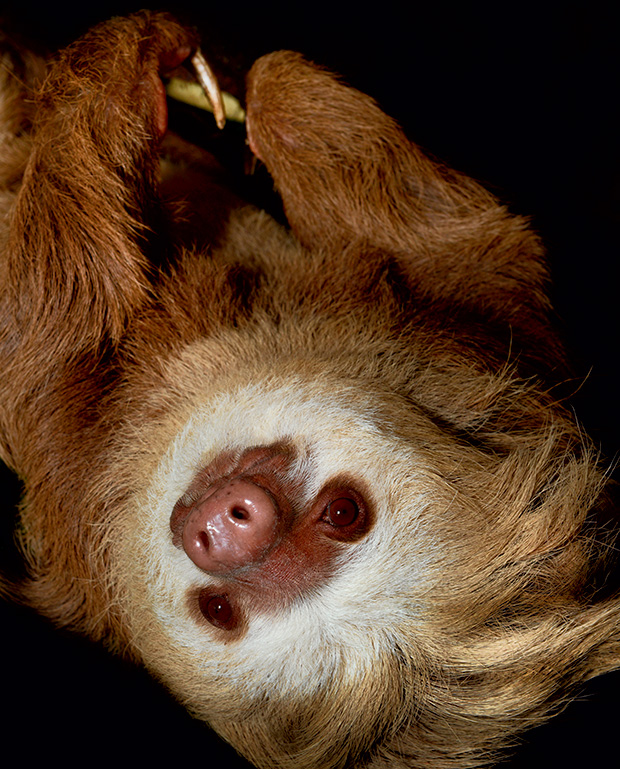 For Nocturne: Creatures of the Night, Rhode Island-based animal photographer Traer Scott intimately connects with world’s most mysterious and evasive nocturnal creatures, photographing animals as diverse as the vampire bat, the Indian flying fox, the African serval, and the Capybara. Ranging from adorable to fearsome, Scott’s magnificent creatures give shape to all that goes bump in the night.

First inspired by a delicate, flittering moth in her own home, Scott was compelled to research and come face to face with nighttime’s captivating animals. She visited her subjects in wildlife rehabilitation and learning institutions and zoos focused on wildlife conservation. Due to car accidents and hunting, many of them sustained injuries or were orphaned no longer able to thrive in the wild. For the smaller animals, Scott build a small black box studio outfitted with a lens-shaped opening so as not to frighten the fearful creatures. They were then lit from above so as not to be blinded by direct light.

Set against a reverberant black backdrop, Scott’s subjects are accompanied by insightful passages detailing their behavior, sounds, and general appearance. Here, the bewitching animals become the stuff of both science and of fairytales, telling stories of wonder and metamorphosis in their eyes. Be they small or large, familiar or alien, Scott’s animals elicit a potent sense of affection and reverence, their curious gaze affixed on ours even after we turn the page. 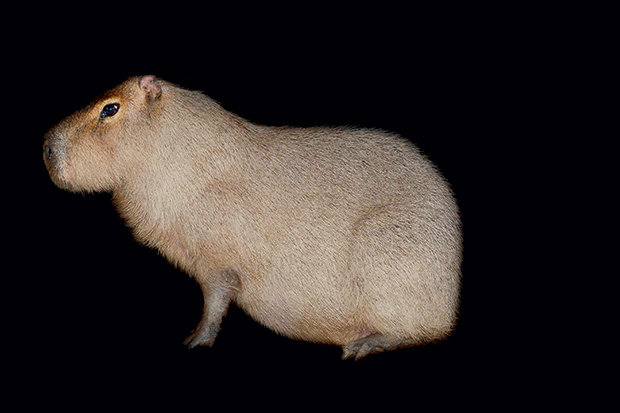 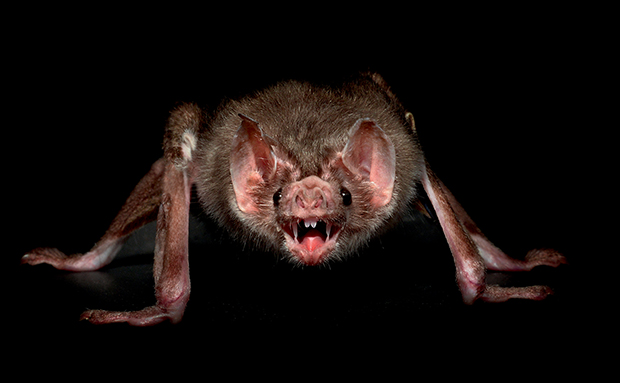 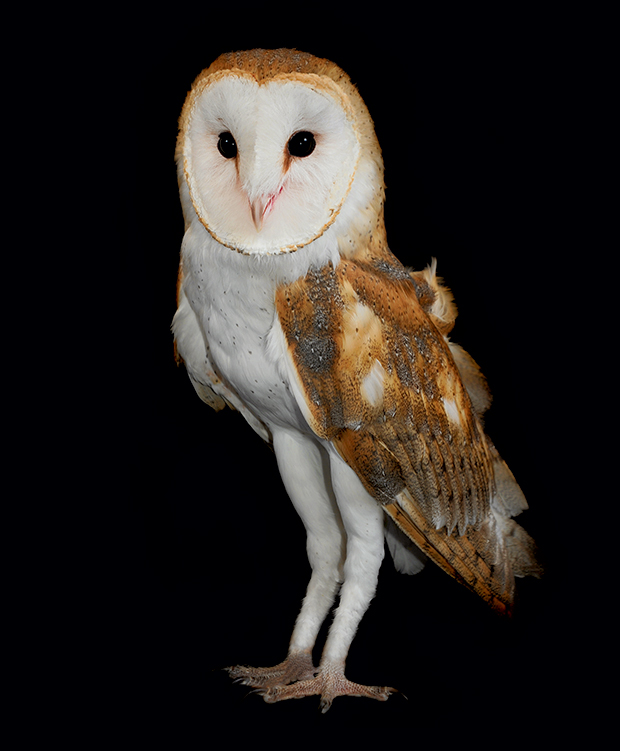 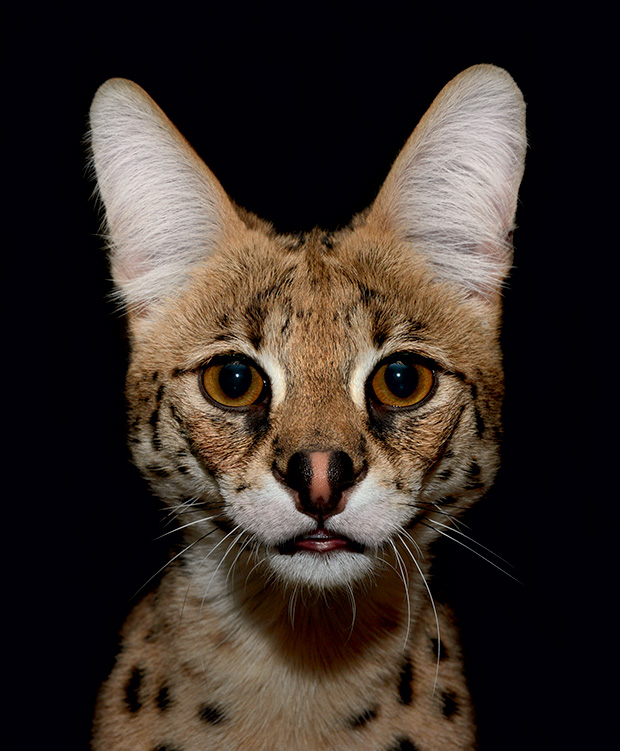 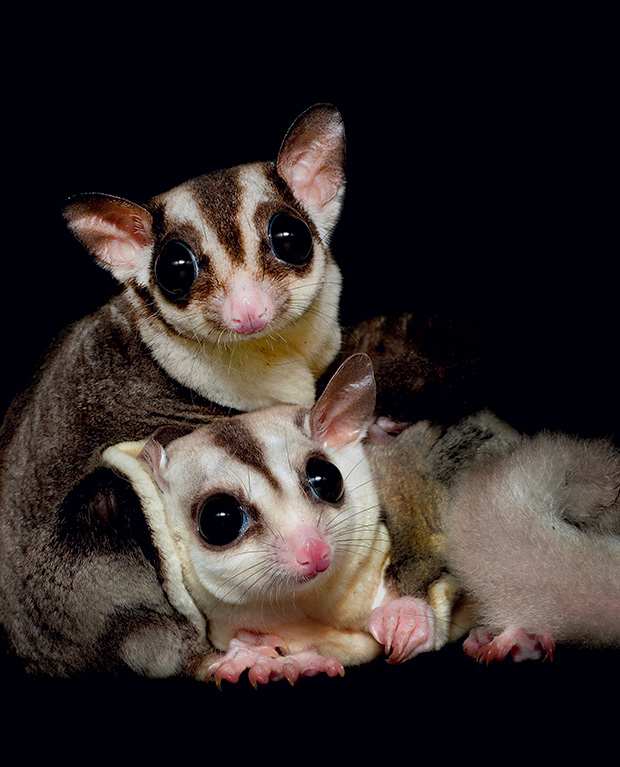 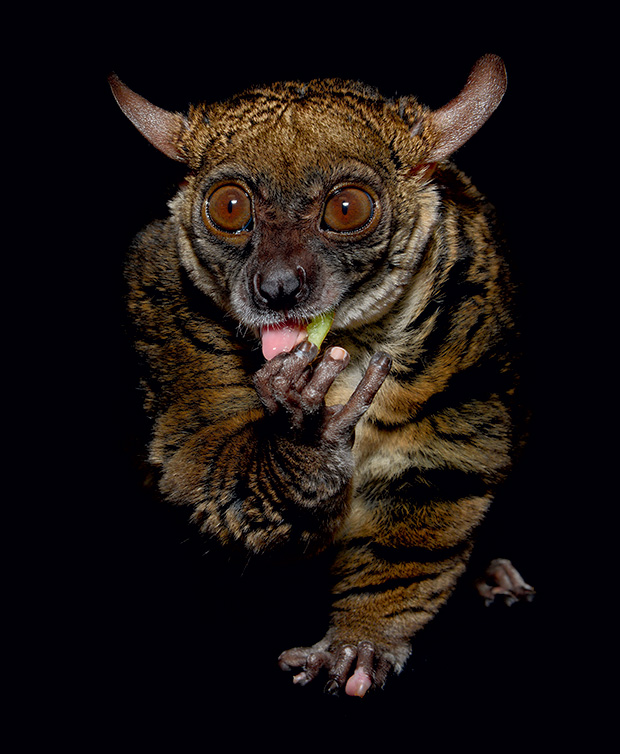 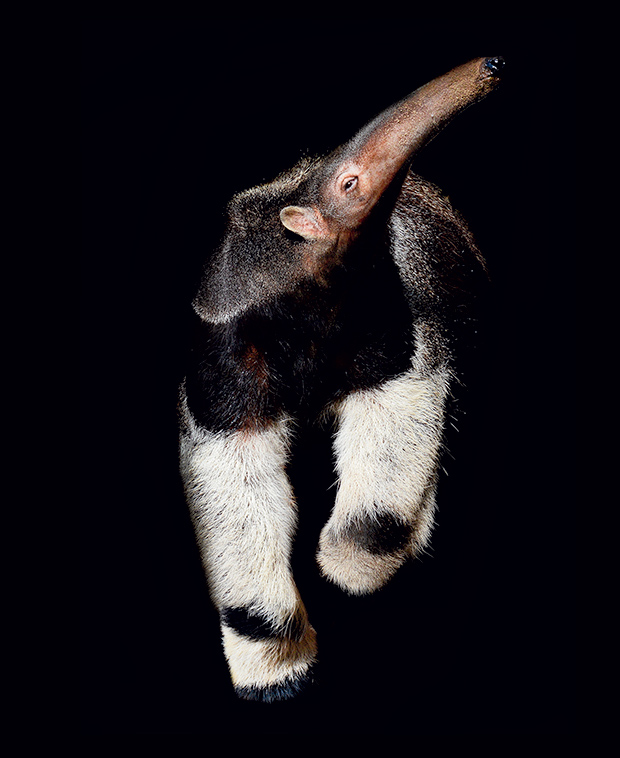 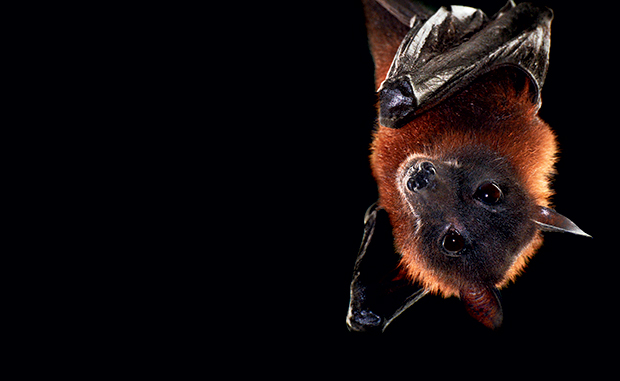