This Book of Funny Animal Photos Will Warm Your Heart 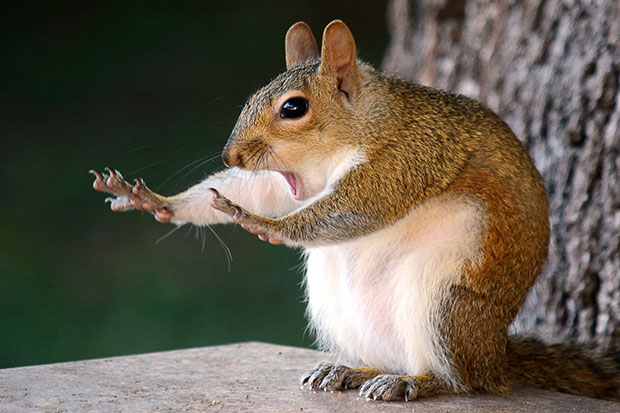 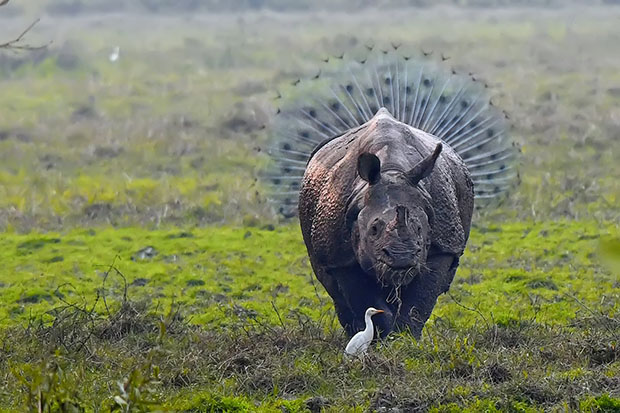 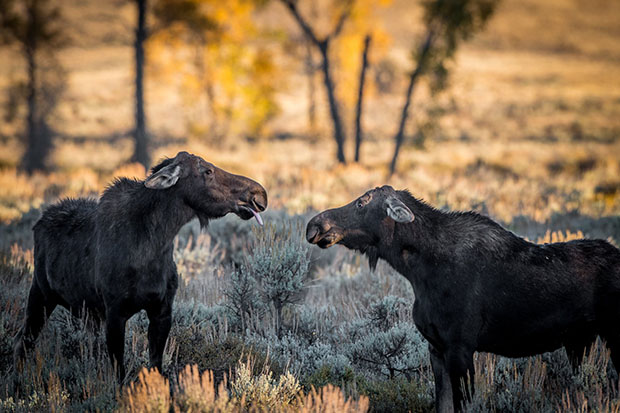 ‘So There’ © Barney Koszalka, Highly Commended 2018

For four years now, Tom Sullam and Paul Joynson-Hicks have delighted us with the Comedy Wildlife Photography Awards. Organized by passionate conservationists and photographers, this annual contest highlights the whimsy and joys of the animal kingdom, all while underscoring the importance of protecting it for generations to come. Under the simple premise of funny animal pictures, they’ve turned hearts and minds towards the continued plight of Earth’s inhabitants and supported the continued efforts of organizations like the Born Free Foundation, which advocates every day for vulnerable species. Now, you can own a collection of outstanding imagery from the competition in the form of the new book Wild and Crazy: Photos from the Comedy Wildlife Photography Awards, compiled by Sullam and Joynson-Hicks.

In 2018, the planet grieved as Sudan, the last Northern White Rhino male in the world, died in Kenya. Poaching continues to put wild animal populations at risk, while deforestation has driven some to the brink of extinction. In the United States, the current administration threatens to strip away protections for vulnerable species ranging from giraffes to red wolves to Indian manatees. But at the very same time, photographers continue to celebrate wildlife, giving us glimpses into their vibrant and delicate lives. Humankind is capable of grave cruelty and indifference, but we’re also capable of profound empathy. The Comedy Wildlife Awards and Wild and Crazy are a testament to that. Below, Sullam shares some thoughts and memories from the competition.

What can we do to help protect some of the creatures in these photos?
“The easiest way to get involved is to donate to an animal conservation organization such as Born Free Foundation. The second easiest way to get involved is to spread the word. It really is that simple. The more people there are talking about animal conservation, the more impact will be felt. It’s about getting people to realize that we are here to share the planet with these animals and that the planet is not ours for the taking. You can go one step further: if there is an animal that you care about, look for any organization that tries to protect these animals. If you can’t find one, then donate to one of the bigger, less specific organizations like Born Free. Involve your kids, if you have any; the young are the future, and, if they can grasp the correct message of animal conservation, then there is greater hope.” 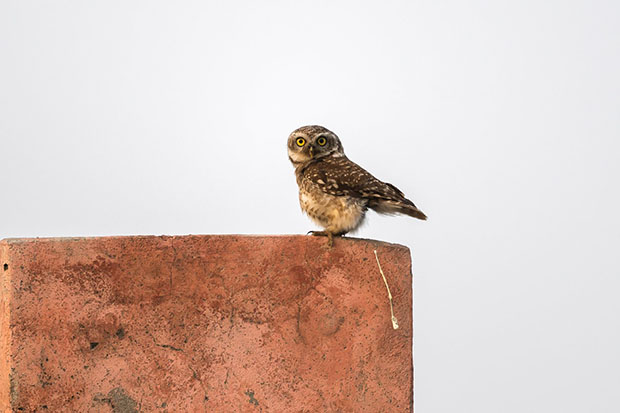 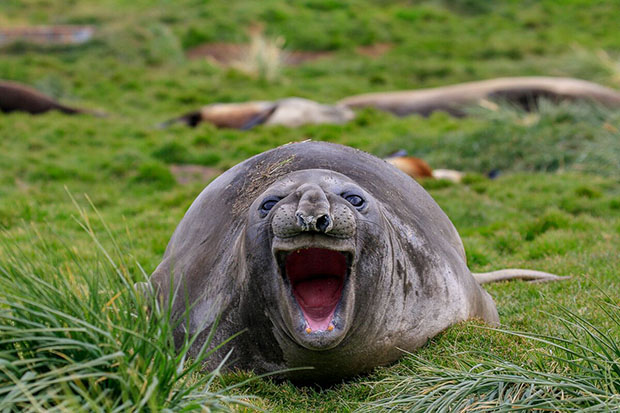 What’s been the most joyous moment in running the awards so far? Have any photos really just had you in stitches?
“Personally, seeing the fox buried up to his/her neck from the 2016 awards was one of those ‘HOLD THE PHONE’ moments. You don’t quite believe it, and then you see the series of shots that led to it and you just burst out laughing. The truth is that the fox was hunting for something deep under the snow, but the timing of the capture and the utter ridiculousness of the scene overrides logical thinking, and it becomes hilarious.” 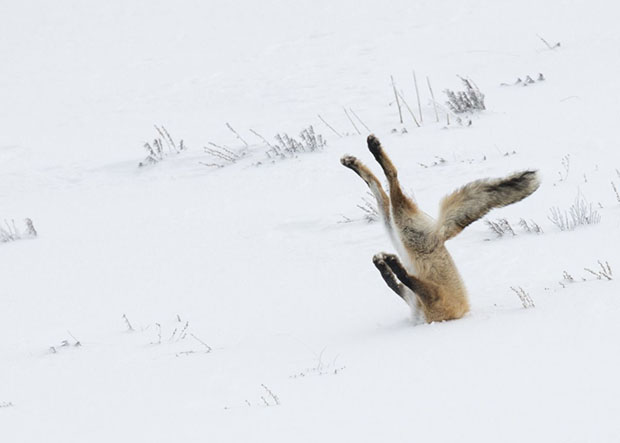 ‘A tough day at the office’ © Angela Bohike, from the 2016 Comedy Wildlife Awards

How has the competition grown in the last few years?
“Each year, the competition has managed to reach further and further across the globe. Originally, we had people visiting our site from around 50 countries, and now we have visits from over 90 countries. We have entries that include a much more diverse range of species, which is precisely what we wanted.” 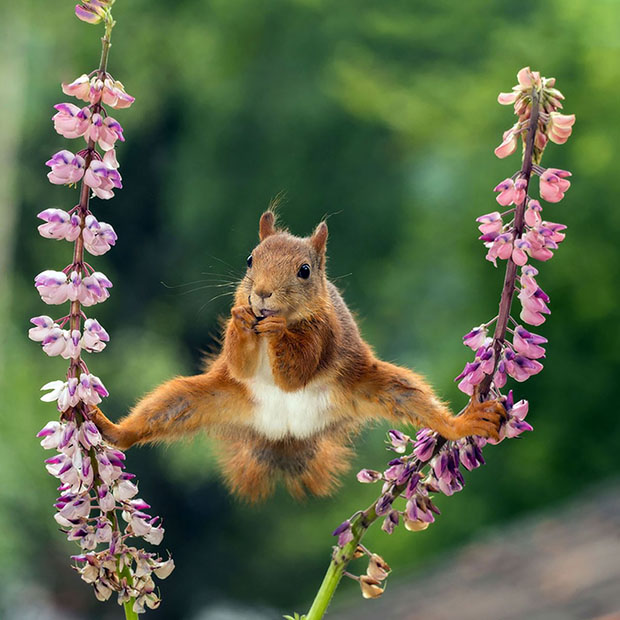 What’s been the most surprising and rewarding aspect of the awards?
“The level of interest globally. We always thought humor was an easier message to digest, and humor manages to cross borders. It is a universal language. We hadn’t expected the competition to be so well-received beyond British shores, so it’s a fantastic bonus!” 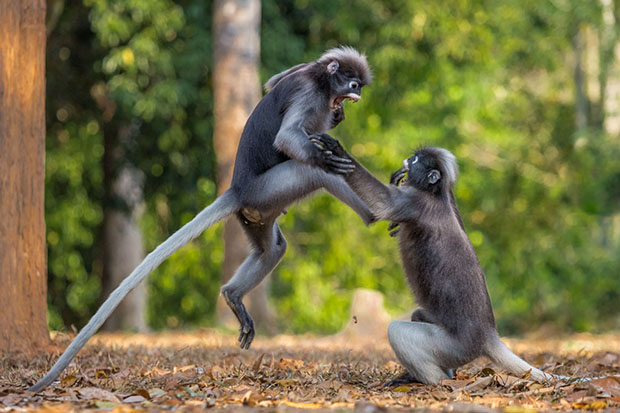 What moments have given you hope for the future of wildlife conservation?
“The reaction on social media and the world’s press towards the competition has shown us that we are getting noticed. Now, we need to use the natural positive feelings created by the competition and the images to spread pro-active reactions towards animal conservation. People, in general, are not against animals–pockets of individuals are for personal profit–but if we can add to the positive change called for by organizations such as Born Free, then we can really help make a difference.” 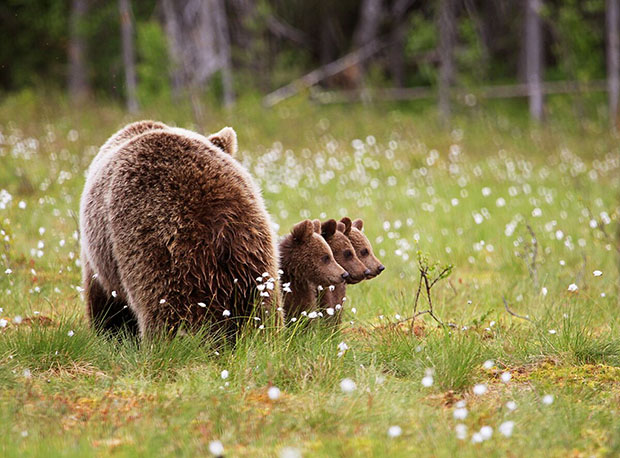 Why do you think the awards resonate with so many people?
“Our message is about conservation, but the message is delivered through the positive emotional reaction to humorous images. There is, of course, a place for the graphic imagery showing the horror of slaughtered elephants and rhinos, but we feel there is a place for positive reinforcement; building an attachment to an animal can help move the conversation along.” 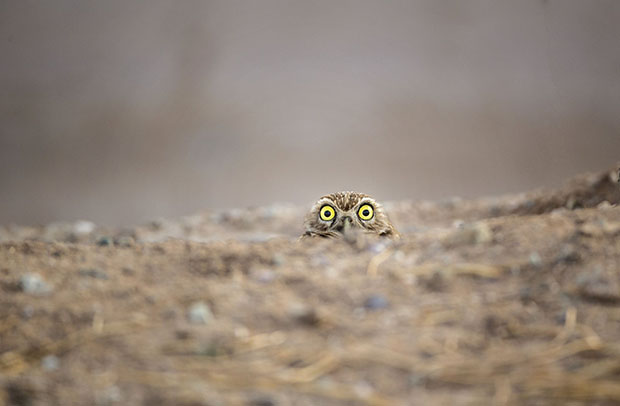 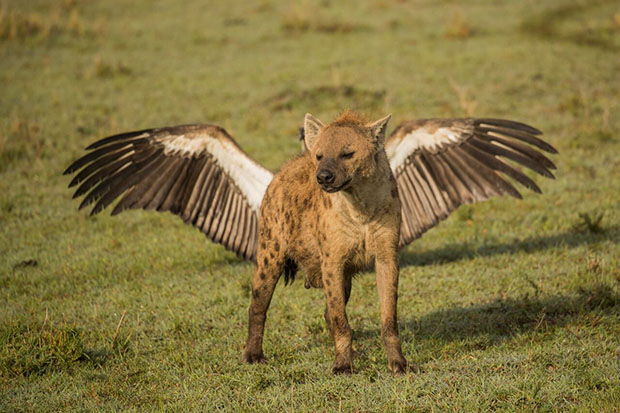 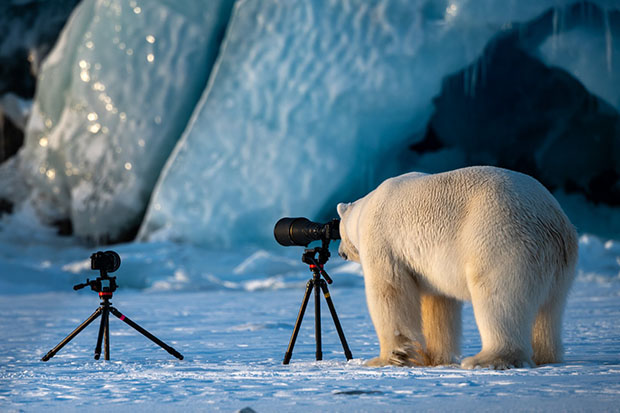