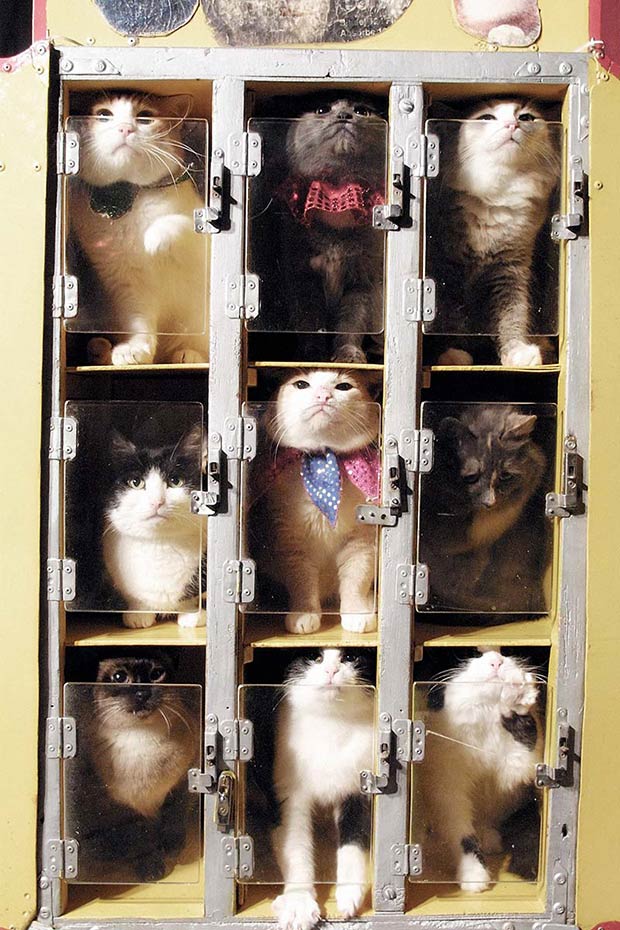 We’re not gonna lie, we were worried this was some sort of kitty vending machine, but it’s actually a shot of a cat’s version of backstage, captured by Amsterdam-based photographer Rene van der Hulst back in 2002 at the Hoogvliet Circus near Rotterdam in the Netherlands. The cats were part of an act by a dwarf duo that had trained the cats to do a myriad of tricks. Van der Hulst happened upon the stars of the show just before going onstage, and was quite taken by the surreal nature of these felines waiting to perform—he assured us, too, that these little guys only spent a short time in their backstage quarters.