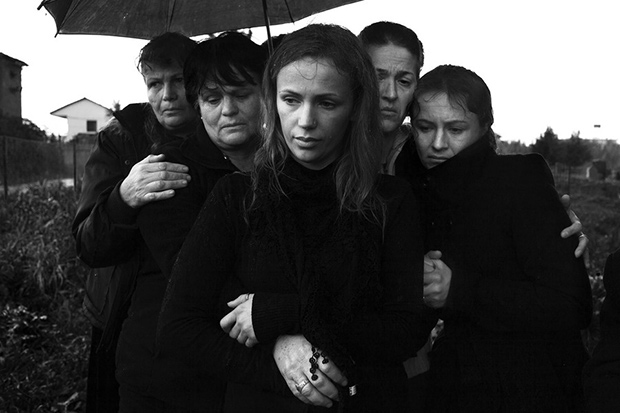 During a funeral. According to Albanian tradition, men and women attend funerals in separate groups. Tirana, Albania, 2012. 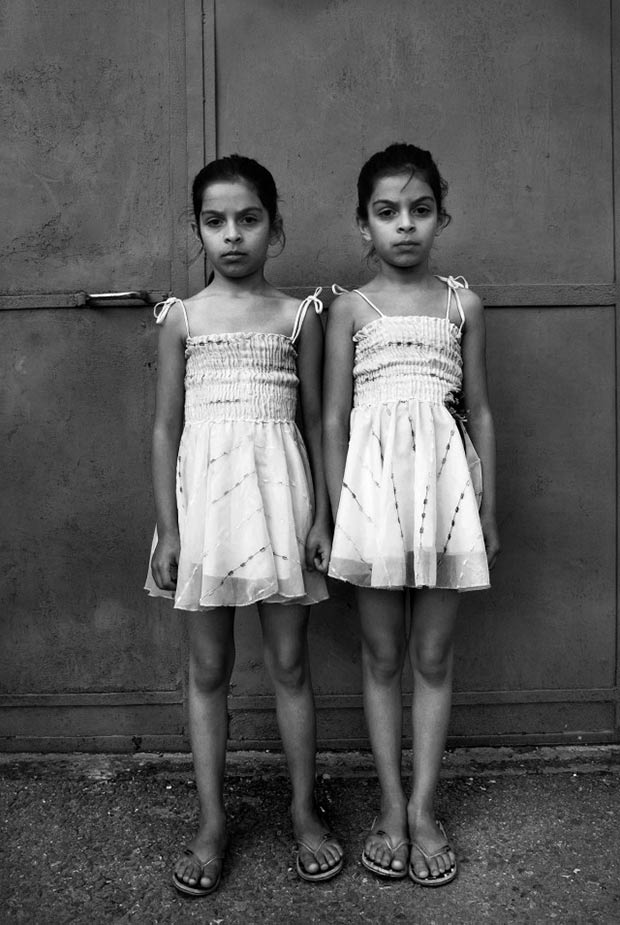 Albania is a small country in the heart of the Balkans. Despite its rich culture, people outside generally do not know much about it. It is also my homeland, the place of my early childhood. I grew up separated from it, and returned later to pick up the threads that were left behind.
—Enri Canaj

Athens-based photographer Enri Canaj journeyed to his homeland of Albania to document the everyday happenings of the people and places of his origin. There he discovered a culture rich with the past and thriving in the present, ever-dedicated to community and family. Canaj’s black and white images come alive with emotion and nostalgia, the modest world of the Albanian people telling universal tales of love and loss. Canaj was overwhelmed with the welcome he received, and found that in Albania, there are few lonely souls and many stories to be told. 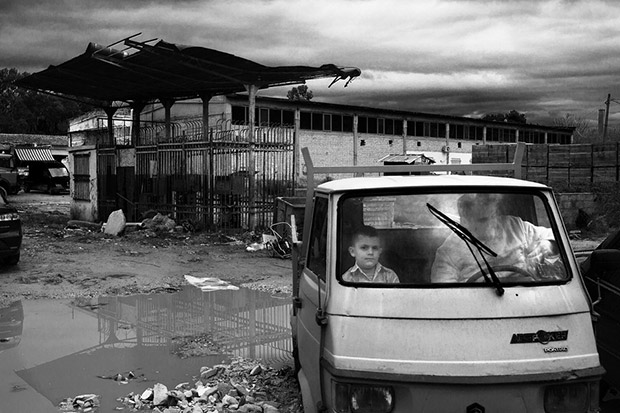 A father is accompanied by his son during a normal work day. Tirana, Albania, 2012. 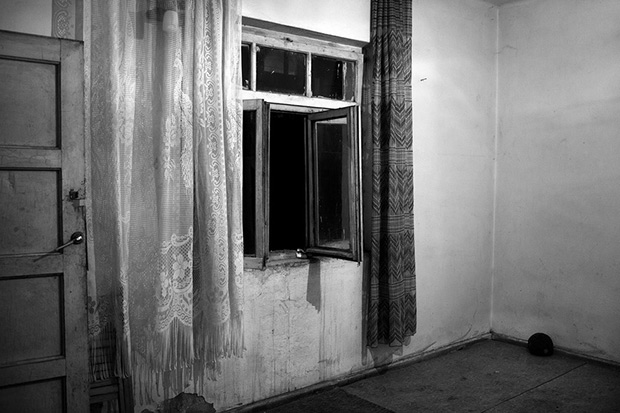 My first ball was the only thing I found in this house, my early childhood home. Tirana, Albania, 2012. 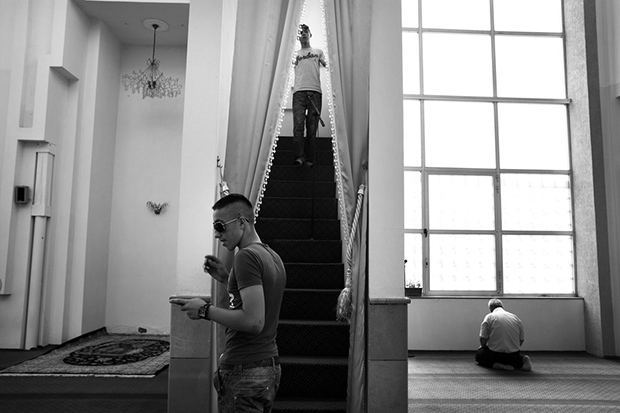 Inside a mosque. During the Communist regime in Albania all religious activity was prohibited. In the 20 years since the end of Communism here, people approach different religions. The best thing is that all these religions live in harmony with each other. Shkoder, Albania, 2011. 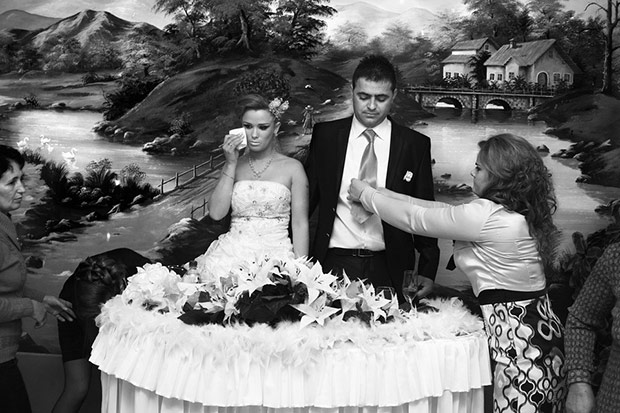 Last preparations at a wedding party. The sister of the groom adjusts his neck tie. In a moment of what should have been happiness, the bride holds back tears. The marriage means she has to abandon her relatives. Her husband is an immigrant from Italy and she will have to follow him there. Many Albanian expatriates ask their relatives back home to find them local brides. In that case, marriage means immigration. Tirana, Albania, 2012. 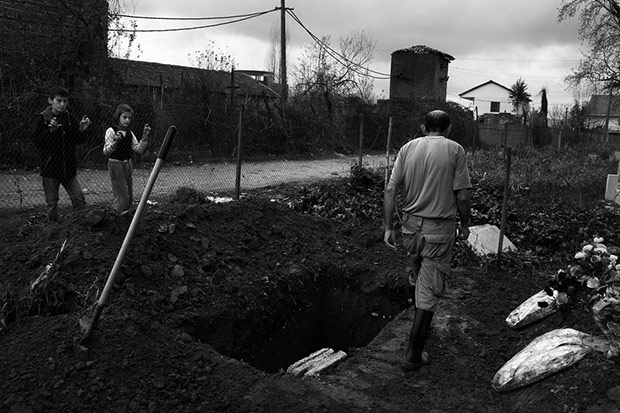 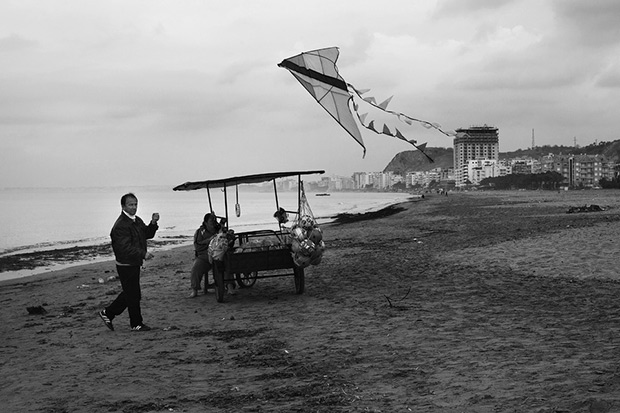 A couple selling their goods at the beach, even during winter months when almost no one visits. Durres, Albania, 2012 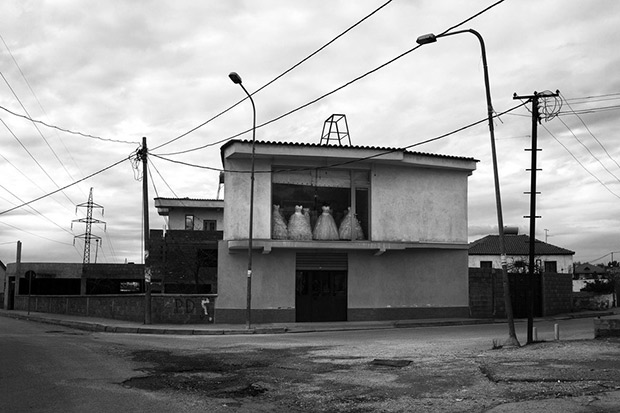 A bridal dress shop in the suburb of the city. This is the most developed business in this area. Tirana, Albania, 2013. 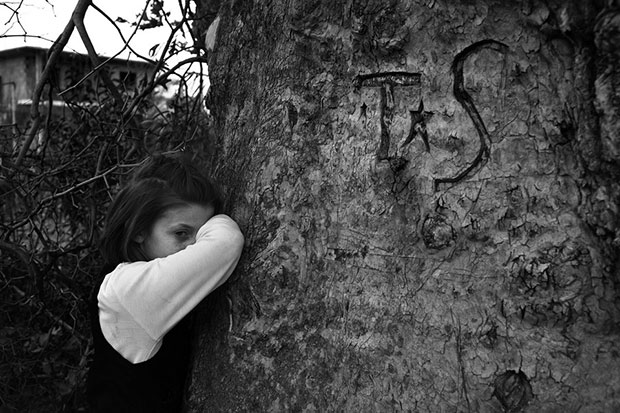 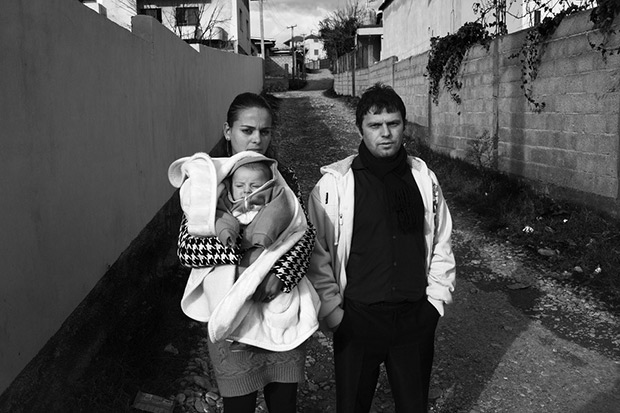 A young couple and their baby. In Albania, marriages usually occur at a very young age, especially for the girls. Tirana, Albania, 2013. 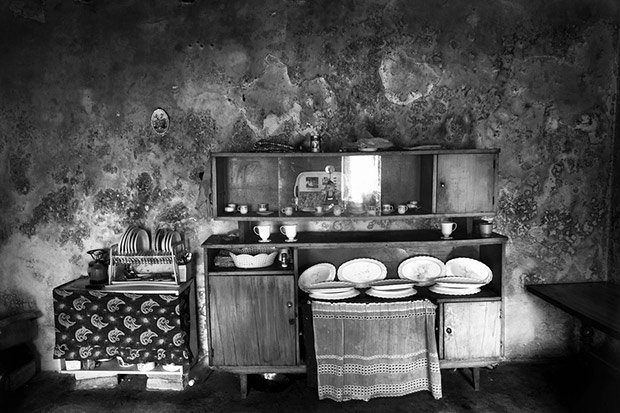 A kitchen in an old building, housing a family of six. Shkoder, Albania, 2012. 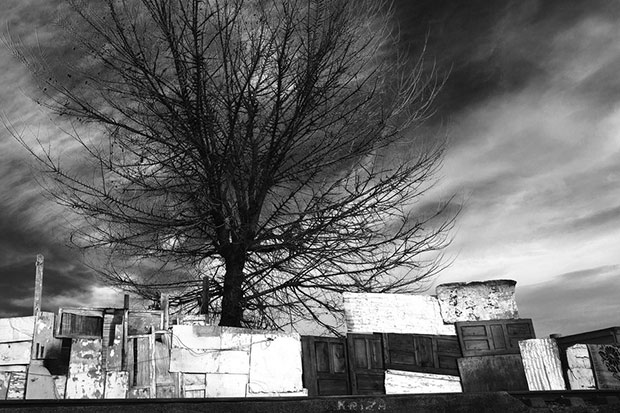 Near the city center, behind a fence built from discarded doors lives Tirana’s Roma community. The group is not integrated with other parts of society. Tirana, Albania, 2012.