Photographer seeks solitude in some of the world’s remotest wildernesses 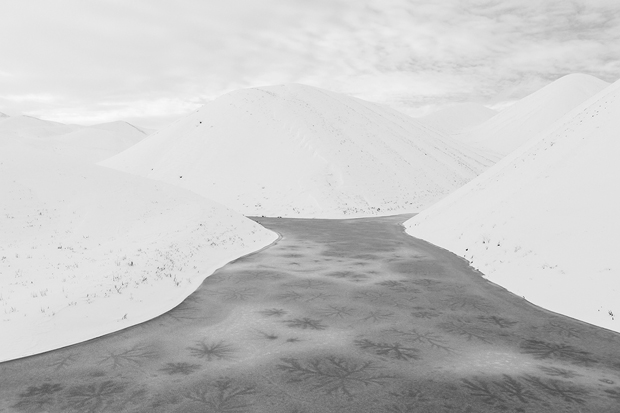 Nature is beautiful, though also capable of arousing fear in those who have settled in densely populated areas where comfort is found in numbers and light. Many of us have gotten used to a more restrained nature in fields and city parks, a far cry from impenetrable dark forests and wildernesses where only animal cries and running water break the silence. We’ve severed ties with what shaped us.

Belgian photographer Frederik Buyckx was conscious of this almost universal fear at the prospect of facing the real outdoors alone. He left behind the noise of the city, traveling to remote corners of the earth to reconnect with nature and document it. His slow-travels took him to Kyrgyzstan, Albania, Montenegro and Norway on four separate trips.

Whiteout conveys both the overwhelming beauty and unpredictability of nature. He writes: “Nothing ever felt more intense then being caught by beauty and anxiety at the same time”.

The artist describes his six-week trip to the Balkans as the loneliest experience in his life. Everyday he ate, drank, slept and lived alone in his van in the wilderness, far from other humans. “Sometimes it would almost drive me crazy” he writes, “it was very intense and often felt like some self-reflection retreat”.

But sometimes solitude might be necessary in order to see the world from the perspective of an artist. As Swedish director Ingmar Bergman puts it, “Here, in my solitude, I have the feeling that I contain too much humanity”.

“Isolation is a key to getting as close as possible to this experience” emphasises Buyckx, “putting yourself in the most uncomfortable situation is what makes you use all your senses at its best”.

During these trips the photographer also met the animals and people whose lives are still intrinsically connected to nature and its unpredictable character. “Together with them I experienced what it is like to live with or against the force of nature”.

Shooting in black and white added a new challenging dimension to the series, as the photographer had always worked in colour. By stripping colour, Buyckx both takes us back to the origin of photography, and hints at an “essence”. His minimalistic, almost meditative images are also a reminder of our own origins.

The artist has returned to the city and resumed his normal life; one of convenience, but also one of occasional loneliness. He now perceives the loneliness experienced while sitting in his house as more oppressive than the loneliness he experiences in nature—“alone in nature, I feel good, as though I am enjoying everything the world has to offer”.

“But it’s hard to survive alone in nature”, he continues, “I feel great respect for farmers and shepherds who I see living in the mountains. You realise how easy your own life is in comparison”.

Elizabeth Breiner, the editor of nineteesixtyeight, selected Frederik Buyckx’s series as a winner of the Feature Shoot Emerging Photography Awards. As a result, Whiteout will be represented and promoted by the gallery for the next 6 months. 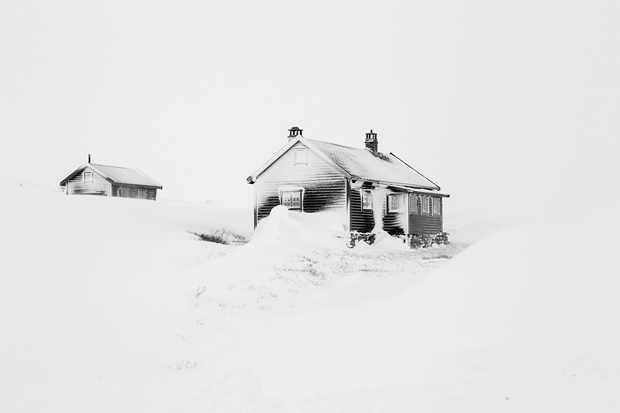 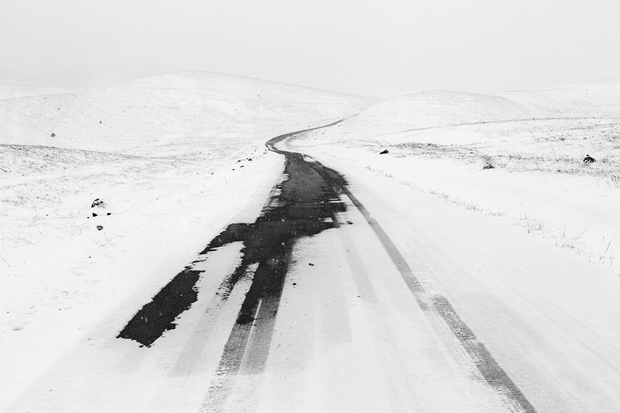 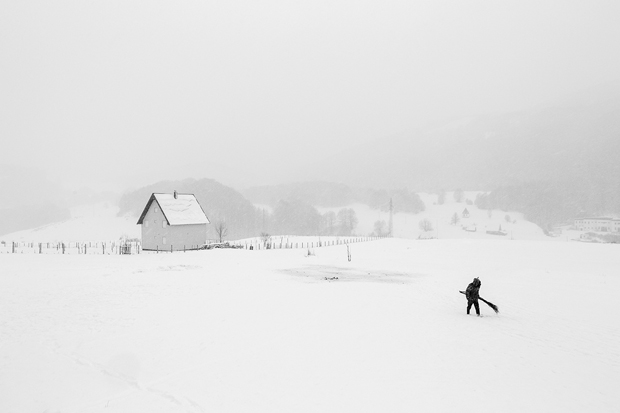 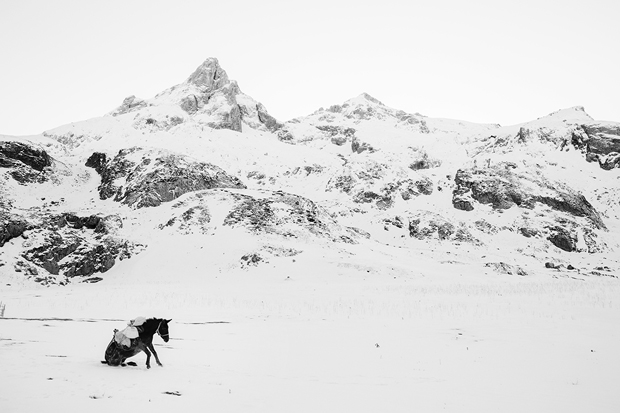