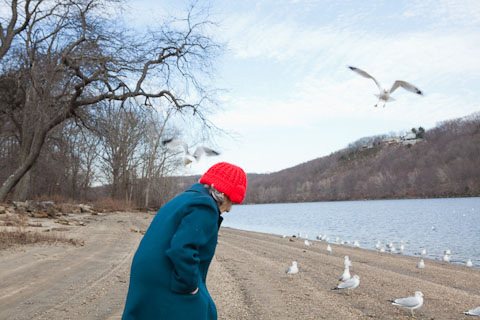 Connecticut-based photographer Susan Falzone’s Grace is a series she has been working on for the past four and a half years on the daily life of her aunt who suffers from Alzheimer’s. We recently talked to her about the work made in honor of Aunt Grace and her struggle to hold on to her memories and independence.

You lived with your father and Aunt Grace for a period of time. How did going from involved family member to onlooker affect your experience as a photographer?
“It was and still is a big challenge for me, because I’m not able to separate the two. As a photographer it’s wonderful to have the intimacy and comfort level of your subjects when working with family, but it’s impossible for me to separate myself completely and focus on my work. When I’m with Aunt Grace, I’m first a family member and caregiver, and then a photographer. So I work hard and do my best to do both well.” 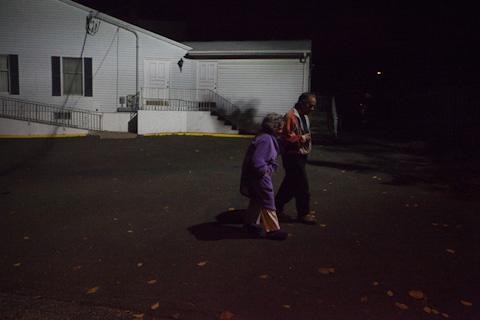 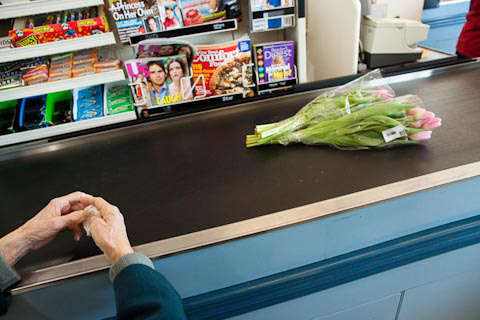 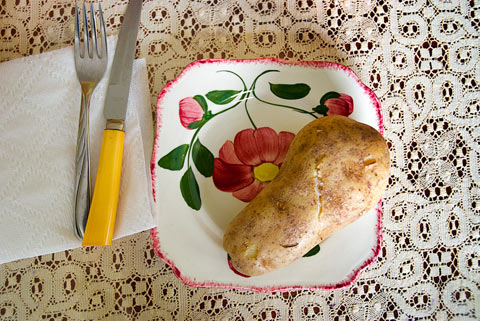 There seems to be a disparity between your aunt’s encased experience at home, which appears bleak and doleful, versus her experience in the outside world—the seashore, the flowers in the checkout lane, which convey a sense of hope and promise. Is this a sentiment that you bring to the project? Or aspects of Grace’s former life that she attempts to re-create?
“I think I bring this sentiment more so than Aunt Grace attempting to recreate her past. For many of the outside photos, I’m taking her on these trips to the beach, park or just a simple trip to the store. I do it to connect and give her a chance to be outside of the house, which she doesn’t do often. So I think it’s my attempt to bring some happiness and change to her daily life, which is portrayed in those photos.” 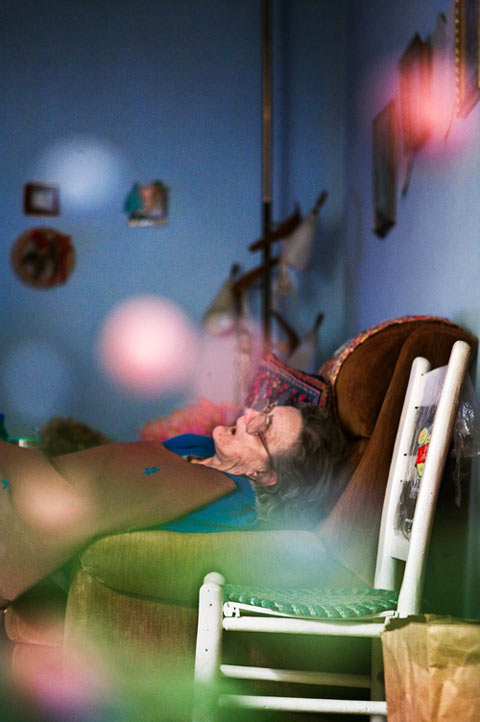 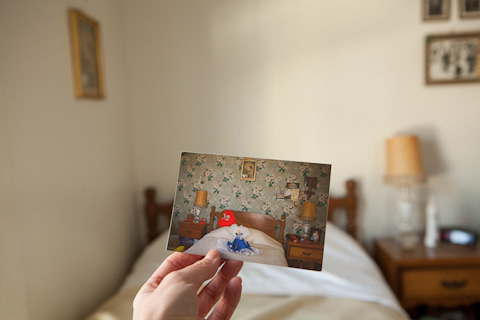 There appears to be references to her previous life like before and after photos, keepsakes, and carefully arranged mementos. Can you annotate these different states of transition?
“Aunt Grace moved to the United States with her parents as a young adult and lived with them for their entire lives and cared for them. She continued to live independently in this same home for more than 50 years before recently having to move in with her brother, my father. She became a hazard to herself living alone.

“The first image of this series I’m holding a photo of Aunt Grace’s bedroom that she had for the last 50 plus years, and showing it in relation to her current bedroom within my fathers home. Sparse in comparison to what it once was. She took great pride in her bedroom and home. The last photo in the series, I’m holding a photo of Aunt Grace’s living room after the move to my father’s. Most of what is left in the living room in piles will be thrown away. She never saw her home after the move in our attempt to try to prevent her from getting upset.” 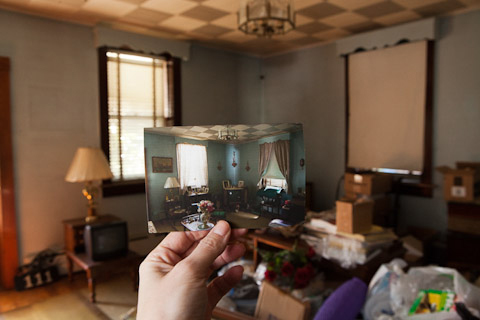 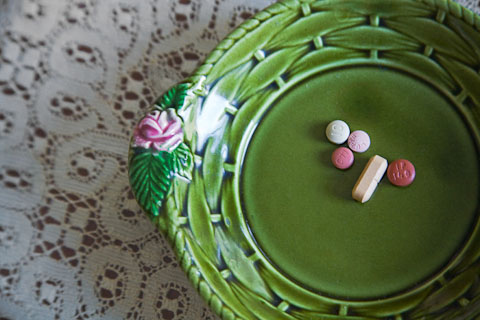 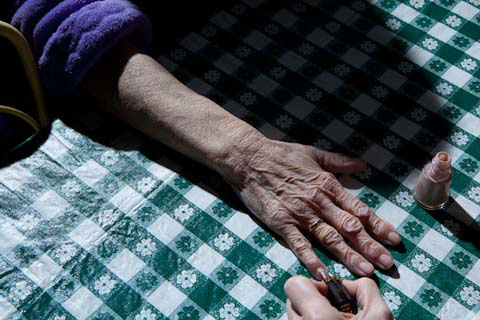 What is your curiosity in photographing the elderly? Was Grace the genesis of this direction in your work?
“I’ve always been drawn to the elderly. I was raised by my grandmother from a very young age, and we were always close. As a child, I tended to spend a lot of time with the elderly in my neighborhood. I enjoyed sitting and listening to them. I feel I’m an old soul. There is so much to learn from them if we take the time to listen.

“What got me interested in photographing Aunt Grace was her illness. She was diagnosed with Alzheimer’s about five years ago. My grandmother who raised me also had severe Alzheimer’s, and she passed away in 2009 before I started the work with Aunt Grace. My grandmother’s death is really what drew me to this project. I had seen Alzheimer’s take my grandmother—a slow, painful death. So I looked at this work as a way to cope with the situation, but at the same time share Aunt Grace’s story that’s similar to millions of other families dealing with dementia. When you are in it, you feel so alone, but we are connected with our stories.” 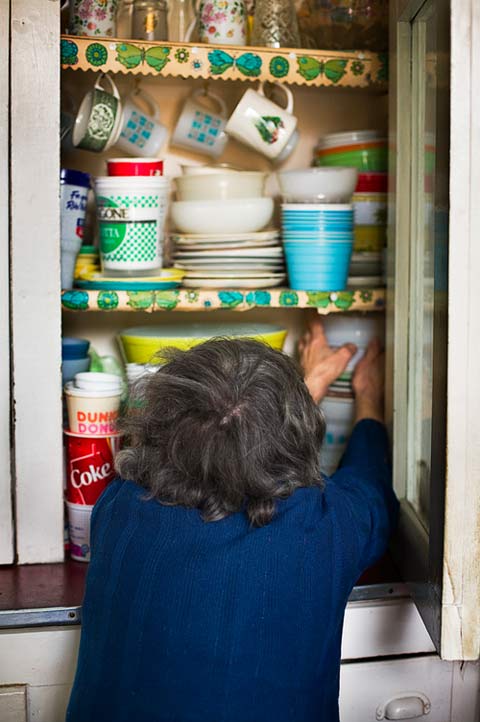 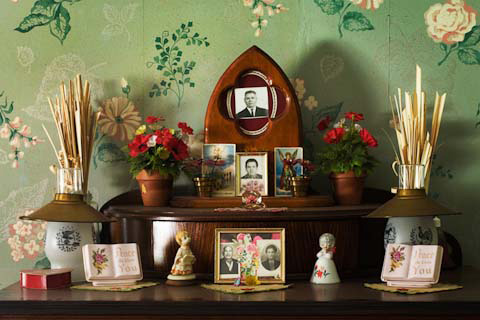 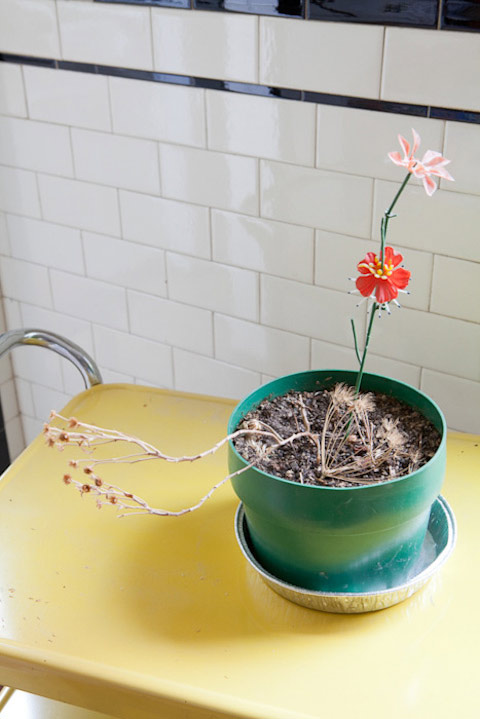 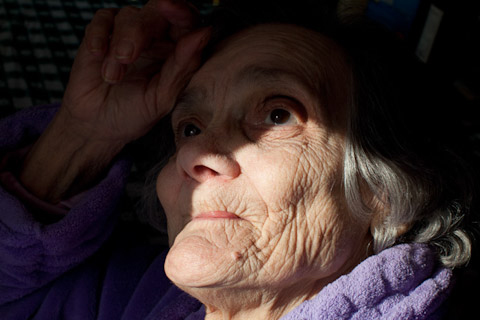